Because March shaped up to be colder than expected, the Washington Post’s Capital Weather Gang have pushed back their peak bloom date prediction by several days. 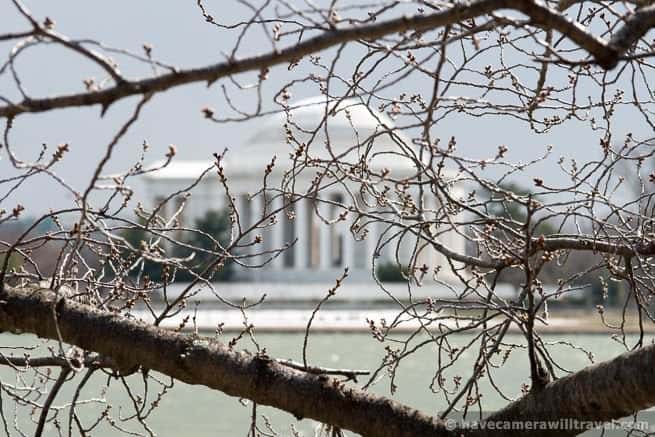 This post relates to the 2014 bloom. You can find the latest information peak bloom forecasts here.

On March 6, two days after the National Park Service issued their peak bloom date prediction, the Washington Post‘s Capital Weather Gang issued their own prediction of a peak bloom on April 9 (or, as they put it: “most likely between April 7 and April 11, centered on April 9”.)

With March having been colder than they expected, they've now pushed back their prediction to April 13 (or, as they now put it: “between April 11 and April 15, centered on April 13”).

You can find their discussion of the weather data that have gone into this revision, along with their proposals for what the probability ranges are, here.

And you can see photos of how the trees looked yesterday on the March 26 Cherry Blossom Watch Update.