It’s easy to forget that it’s still winter. It’s about as perfect weather as you could want. It’s a world away from the snowy scene of this time two years ago when the Tidal Basin was still frozen over.

Most of the trees now have green buds coming through. As usual, not every tree is on precisely the same schedule–some are a bit behind, and some a bit ahead. While I’ve been writing this update, the National Park Service has updated their tracking page to indicate that they judge that 70 percent of the Yoshino cherry trees have reached the green bud stage.

The indicator tree is racing ahead of the others, and you can see in the photos below that its buds are clearly much further along to the florets visible stage.

As nice as it is, having days consistently in the 60s and even mid- to high-70s is definitely not normal for this time of year. It’s breaking records all around the country.

So far, long-range forecasts looking ahead into March suggest that cooler–but not necessarily cold–weather is on the way much more in keeping with normal temperatures for this time of year. Here’s a visual representation of what’s expected to happen with temperatures. This is the National Weather Service’s prediction for the likelihood that temperatures will be higher than normal (orange and red) or cooler than normal (blue) for the period March 3 to 9. As you can see, we’re sitting in a pocket of white, which indicates normal temperatures. 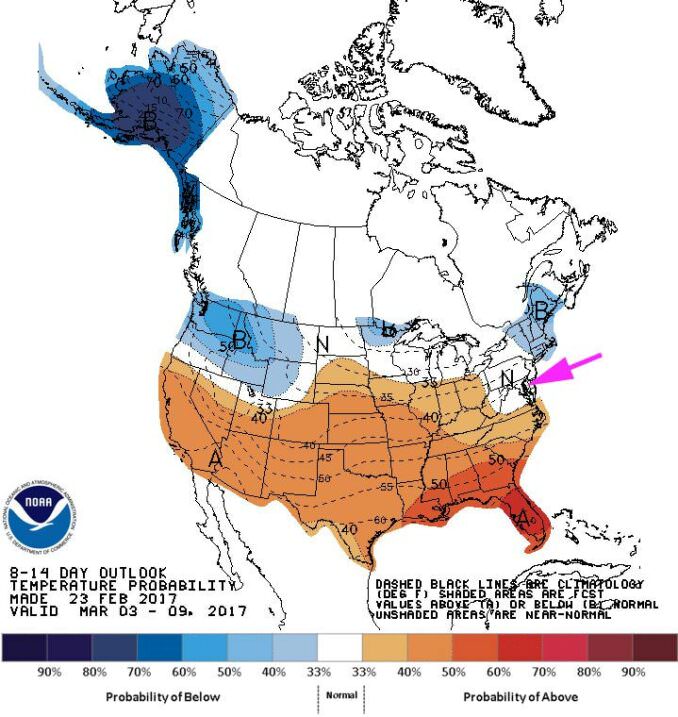 (For those of us not from around here, I’ve added the pink arrow to show where Washington DC is.)

While that’s likely to slow things down to a more normal pace, the cherry trees already have a running start, so it’ll be interesting to see what effect it has (assuming the forests are correct, of course). For now, it’s still looking good for a March bloom.

As I write this, none of the major peak bloom forecasts has been issued yet. But the Washington Post‘s Capital Weather Gang has said they aim to put it out late this week (suggesting later today or tomorrow). And the National Park Service will be issuing their forecast this coming Wednesday. 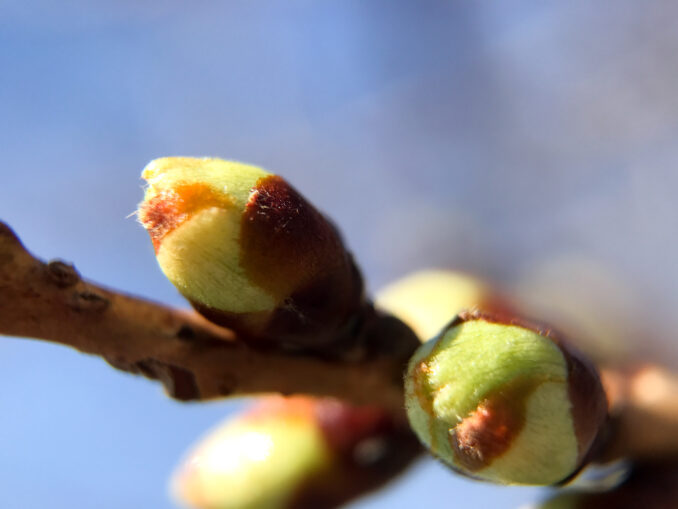 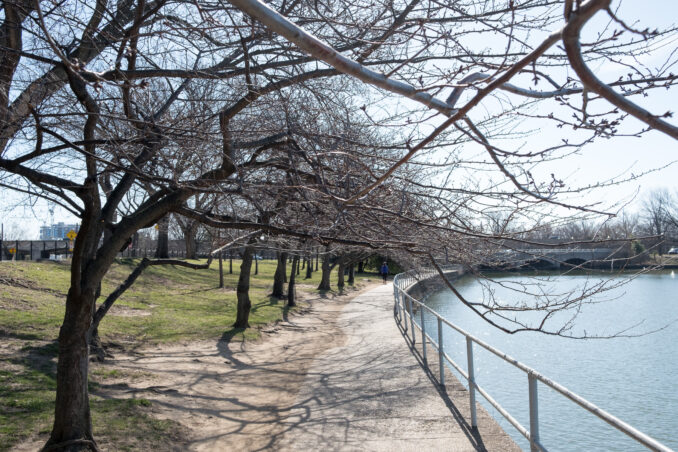 While most of the trees now have green buds, some of them are lagging a little behind. 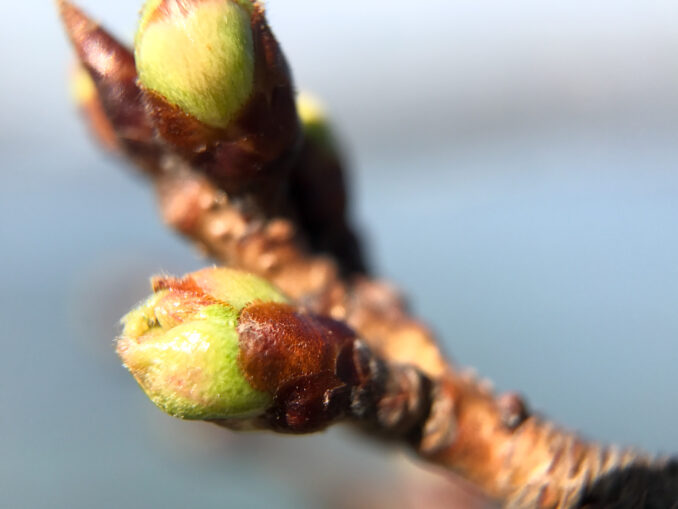 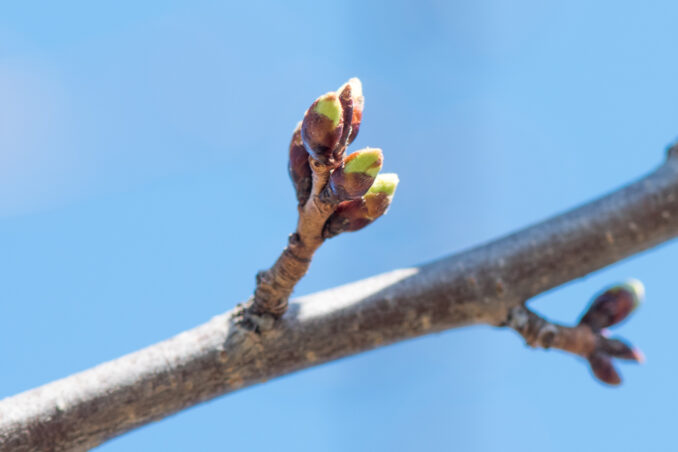 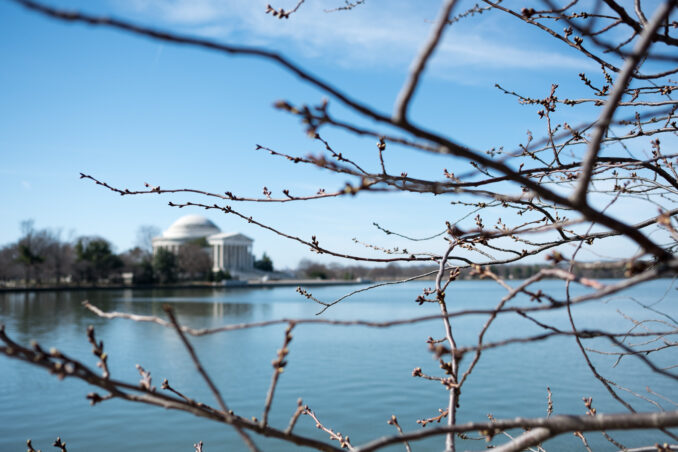 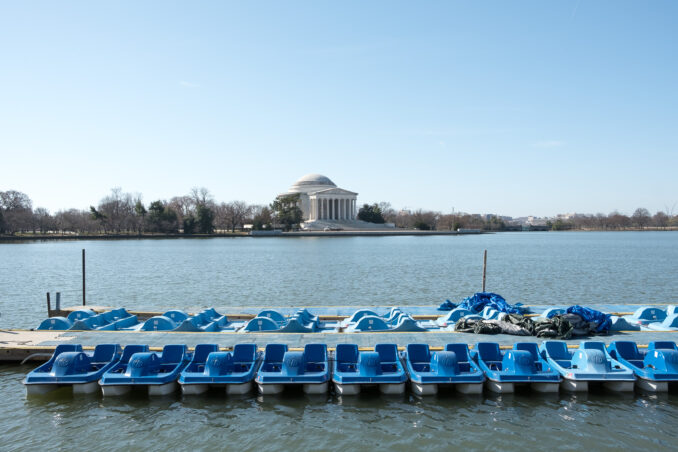 With the risk of the Tidal Basin freezing over being basically nonexistent now, the paddle boats have been lowered off the pontoons into the water. 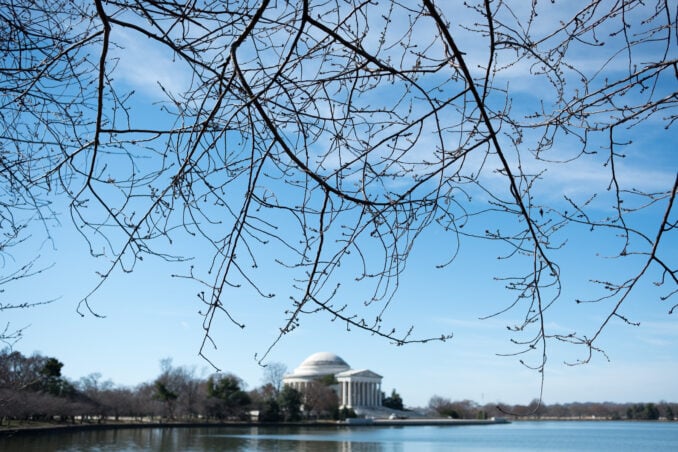 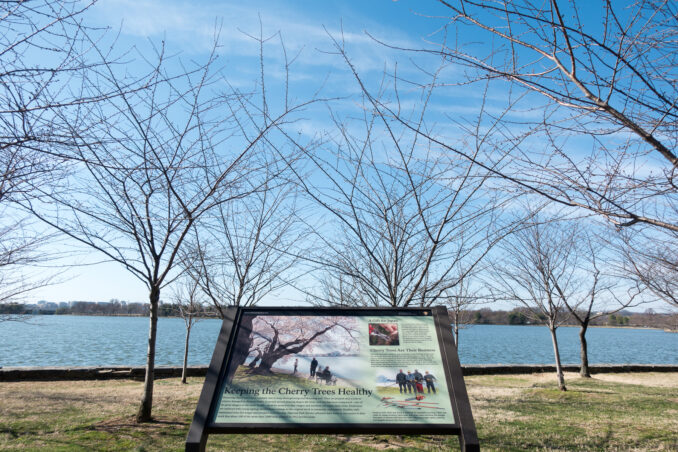 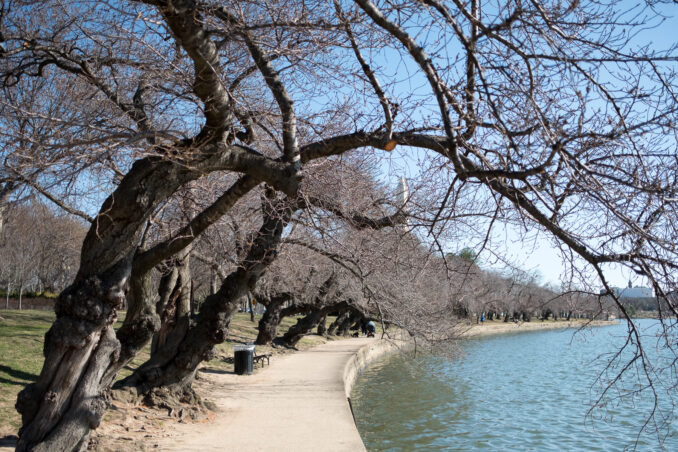 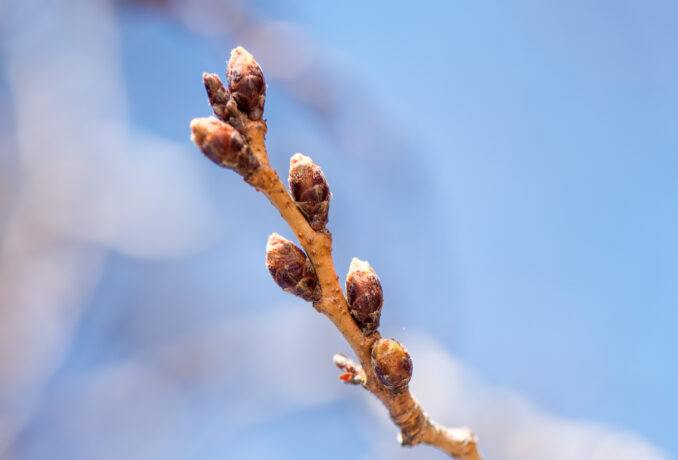 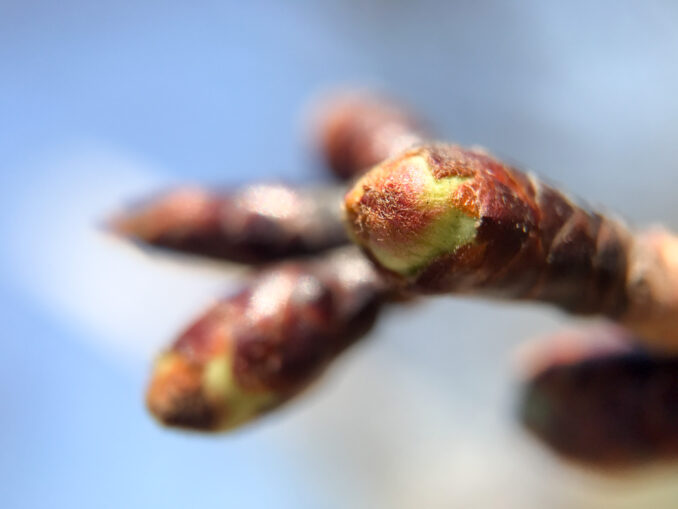 As you can see, it’s further along in the process than most of the other trees. Typically it’s around a week to ten days ahead of the others. I have more on it here.

Some of the tulip magnolias (or saucer magnolias) next to the George Mason Memorial are about to pop.

The tulips are planted and are sprouting, but there’s not much to see so far.

Looking for travel stock photos or prints? I might be able to help. You can search my collection here:
If you already have a buyer account with Alamy and would prefer to use that, you can search my images directly here.
683shares