After a long stretch of warm weather, we’ve finally gotten some more seasonally appropriate cooler temperatures in the past couple of days. But it’s not going to last long, with more warm temperatures in store this week.

The National Park Service determined that 70 percent of the Yoshino cherry trees had reached the first of the six stages they track, the green buds stage, on February 24. Since then, some of them have been racing ahead to the “florets visible” and “extension of florets” stages. But as you can see from the photos below, as usual not every tree is at exactly the same point, and some are further ahead than others.

You might have started to see some reports and Instagram posts saying that the cherry blossoms are already blooming. Those are mostly false alarms—with the exception of a single tree.

Most of the reports are referring to other varieties of flowering fruit trees, including a handful of trees of a different variety of cherry scattered around the base of the Washington Monument. They’re an autumn-flowering type called Higan Cherry trees, and they’ve had various amounts of flowers on them since November. There of some of these trees near the base of the Washington Monument, and I have some photos of them from this morning below.

The exception is the indicator tree. It typically runs a week to ten days ahead of the other Yoshino cherry trees. It’s starting to bloom. I have some photos and more information on it below.

Stay tuned for the season’s first peak bloom forecasts to be issued this week.

The National Park Service will be issuing their first one for 2017 on Wednesday. The Washington Post‘s Capital Weather Gang will likely issue theirs sometime this week (they originally indicated it would be late last week).

UPDATE: The Capital Weather Gang has since said they’ll release their peak bloom forecast Tuesday. In what hints at their forecast, they say: “we expect trees and flowers will hit peak bloom near their earliest points in recorded history.” 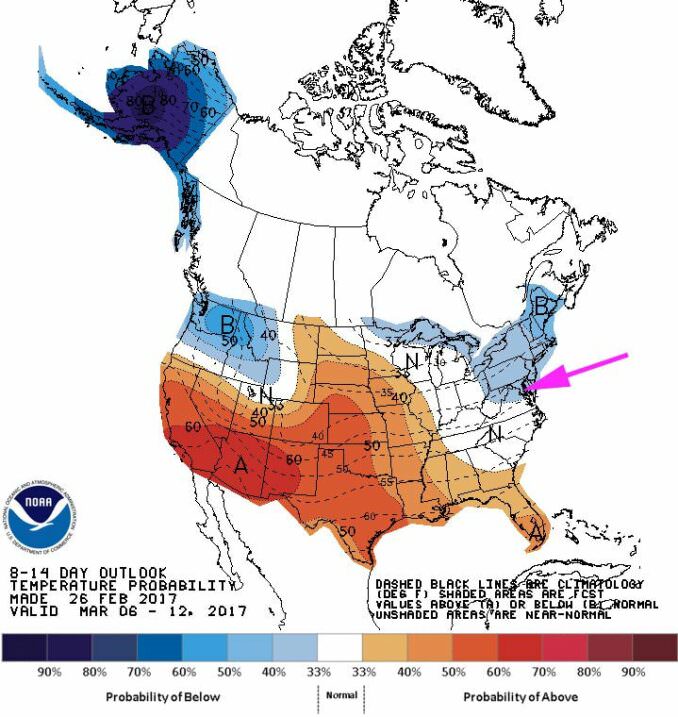 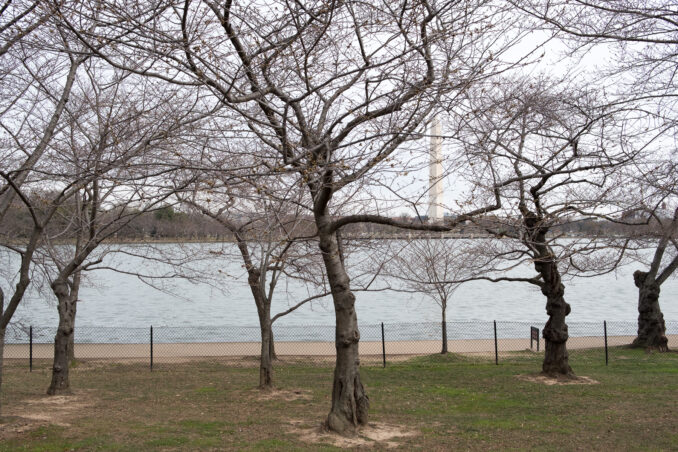 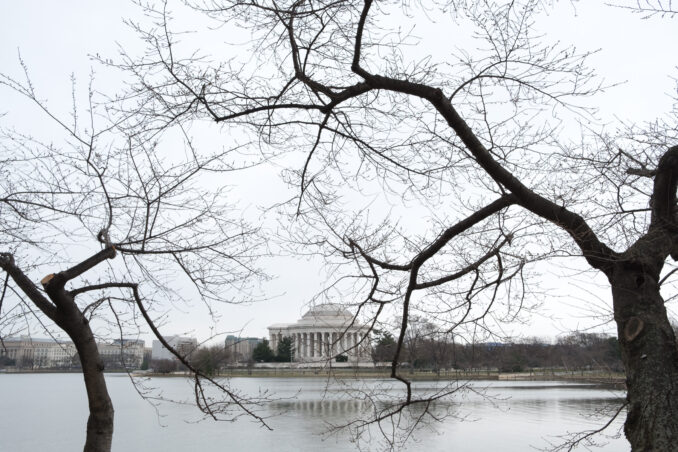 The indicator tree is starting to bloom. In February.

For now, there’s only a small number of flowers on it, and most of the other buds are in the puffy white stage.

The natural question, of course, is whether this means that the others will start blooming in a week to ten days. It’s possible, but it’s also possible that the smattering of cooler days expected over the coming week or two might slow things down just a touch and stretch out the lead to longer than usual.

These have had various amounts of flowers on them for months. They’re an autumn-flowering variety. I have some shots of them in November. So if you find yourself visiting too early for the main bloom, there are at least some outliers you can see. The trees are nowhere near as an impressive as the famous ones lining the banks of the Tidal Basin, but they’re better than nothing.

Here are some shots of them from this morning. 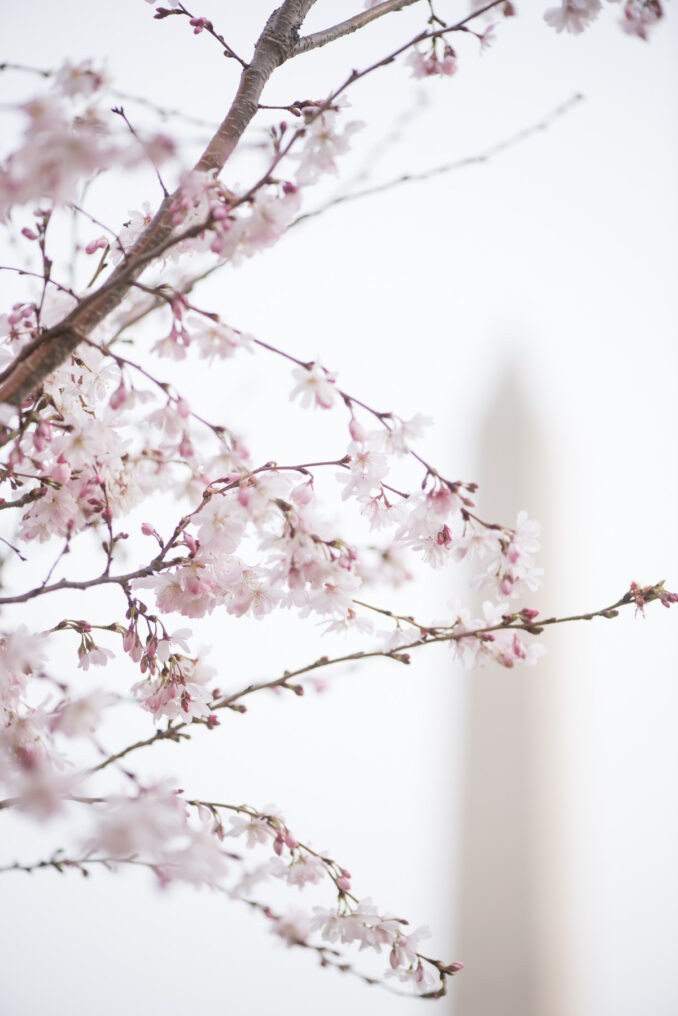 Some of the tulip magnolias (or saucer magnolias) at the George Mason Memorial are now blooming. 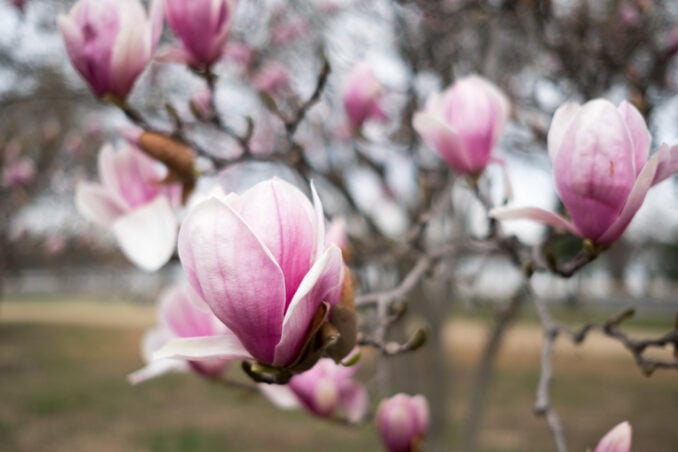 As you’d expect, since these bloom a couple of weeks after the Yoshinos, the Kwanzan cherry blossom are still lagging well behind.

If you’re visiting and hoping to get some photos with the Reflecting Pool, you’ll be glad to know it’s in business.

In recent years, the Reflecting Pool had been drained in the winter. It hasn’t been this year and is quietly doing its thing.

The fountains of the National World War II Memorial are still drained, as are the water features at the FDR Memorial. 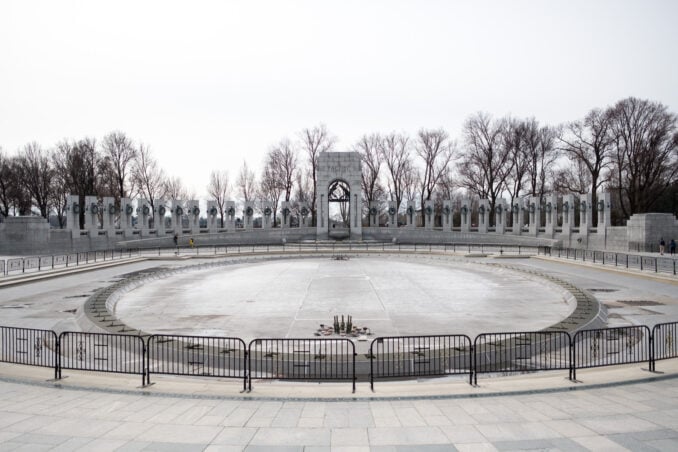 Looking for travel stock photos or prints? I might be able to help. You can search my collection here:
If you already have a buyer account with Alamy and would prefer to use that, you can search my images directly here.
718shares