Expect a flurry of news over the next couple of days. The Washington Post‘s Capital Weather Gang have said they will post their first peak bloom prediction later today. The National Park Service will announce theirs at a press conference tomorrow. And the warm weather has the trees racing through their development, with the indicator tree even starting to flower.

As we wrap up the meteorological winter, February is closing out as one for the record books in terms of temperatures, averaging over 8 degrees above normal. We’ve seen weather more typical of May. And while we can expect a little see-sawing coming up, it seems we can also expect March to be much warmer than normal overall.

All that means an early bloom. Perhaps even one challenging. The current record for peak bloom is March 15 (1990).

Right now, the trees are in quite a spread of stages. Some are still in the first stage (green buds). Others are in the third stage (extension of florets). There’s even a handful pushing ahead to stage 4 (peduncle elongation).

Could Frost Cause Problems?

Several people have asked whether frost would be a problem.

The answer is: potentially, yes. In the right (or wrong, if you will) mix of circumstances, it can damage or even halt the bloom. Frost hasn’t ever actually stopped Washington DC’s cherry blossoms from blooming in the 105 years they’ve been there, but it remains a possibility.

It might even be more of an issue this year. One of the consequences of such an early bloom is that it’s still very possible for us to see frost. In this area, there’s still a good chance of frost all through March–in a normal year, anyway.

If we do get frost, the effect that it has on the cherry blossoms depends on what stage they’re at. While they’re wrapped tight, it’s not much of an issue. But they’re now entering stages where they are vulnerable to frost and freezing. The best we can do is cross our fingers.

Photos of the Cherry Blossoms Around the Tidal Basin This Morning 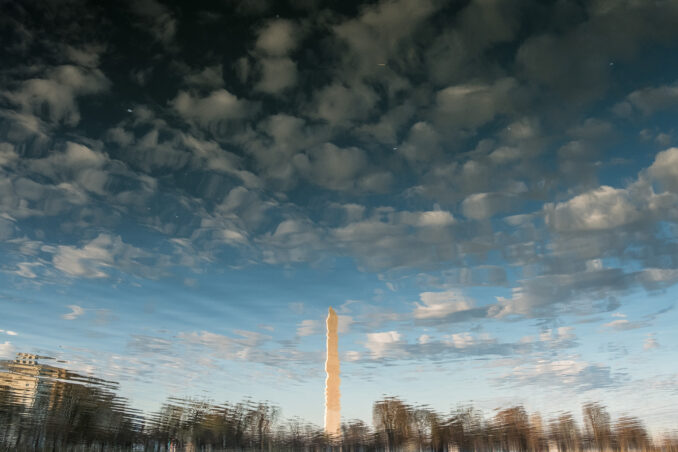 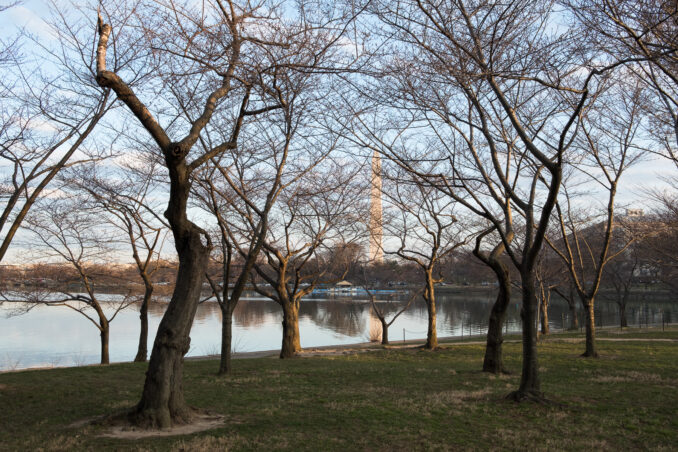 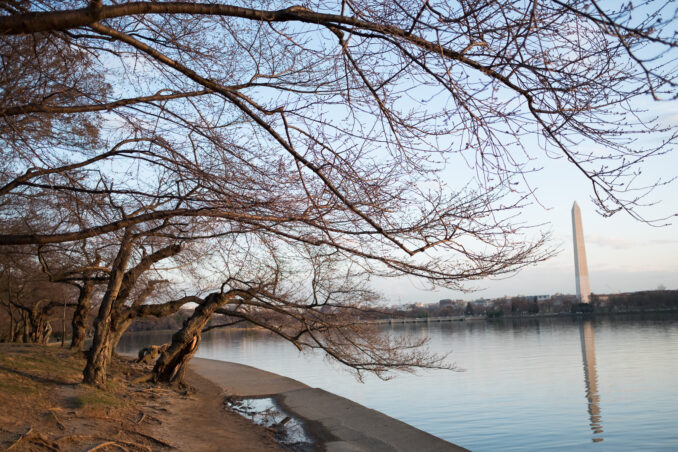 The indicator tree hasn’t changed much since yesterday. It has flowers, but it’s a relatively small number. Most of the buds are in the puffy white stage. But very warm weather over the next couple of days is likely to make them pop. 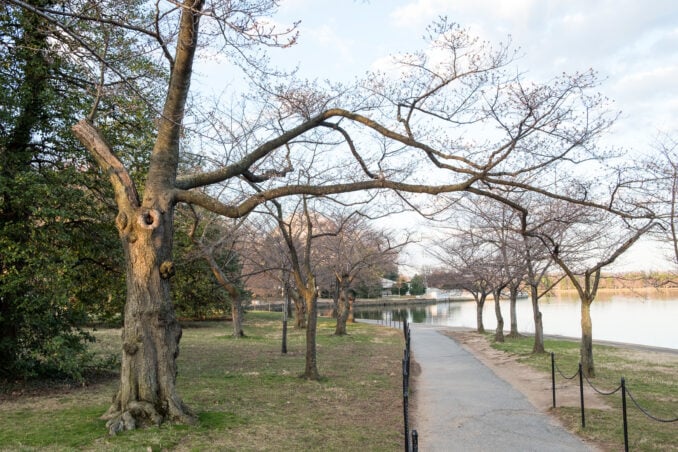 If you’re heading into town and looking to take some photos of the monuments, just a heads up that there’s some scaffolding in the Jefferson Memorial. It’s not much, and it’s actually quite well hidden, but it’s on the eastern side of the front portico between the columns. It’s not very prominent if you’re taking photos across the Tidal Basin towards the sunrise behind the Jefferson Memorial. 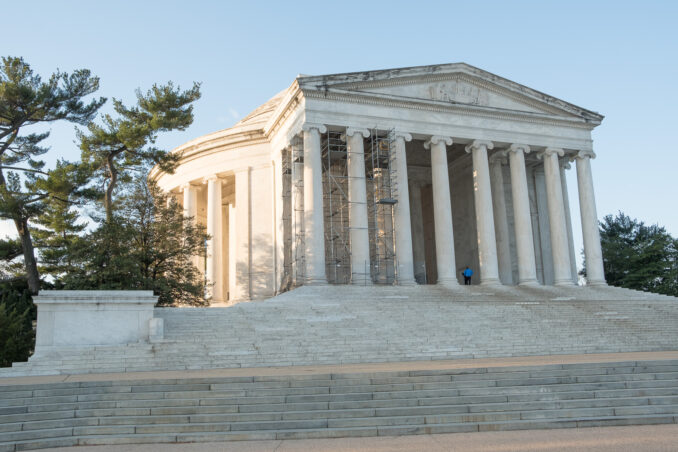 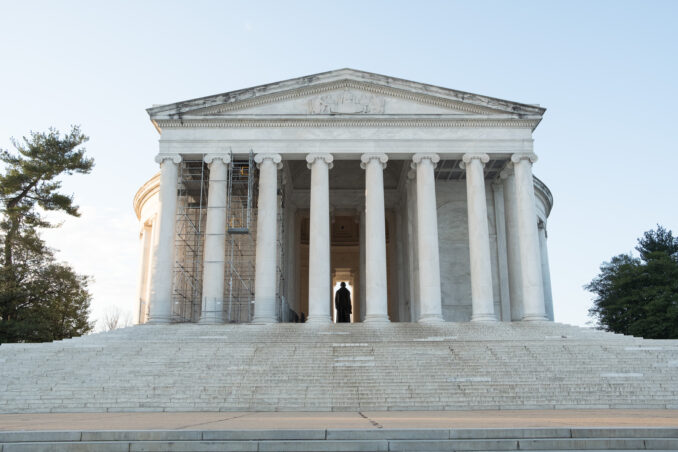 Looking for travel stock photos or prints? I might be able to help. You can search my collection here:
If you already have a buyer account with Alamy and would prefer to use that, you can search my images directly here.
711shares