About the Kwanzan Cherry Blossoms 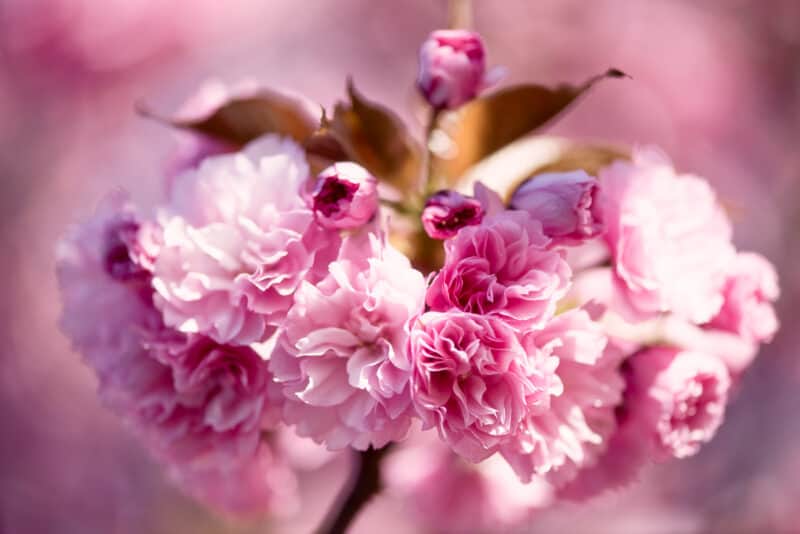 If you find that you're too late for the main cherry blossoms, you might still be in luck with the Kwanzan cherry blossoms. They bloom a week or two after the most famous ones. There are fewer of the Kwanzans, but they're especially pretty.

But there's more than one type of cherry blossom; around the Tidal Basin and National Mall there are another ten varieties of cherry trees. And they don't all bloom at exactly the same time. Some, like the Higan cherry, bloom in the autumn and often carry flowers through winter and into early spring (and often spark some confusion about early blooming because of that). 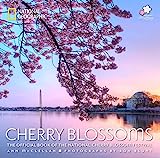 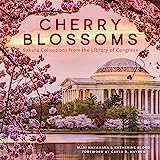 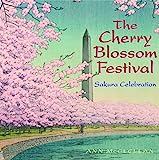 The Kwanzan cherry blossoms bloom a little later than the Yoshinos. Their average peak bloom date is around April 22, and the historical average (going back nearly a century) is that they reach peak bloom 15 days after the Yoshinos reach peak bloom. It does vary year to year, though, and sometimes it has been as little as 4 days later, while other times up to a month. So if you miss the end of the Yoshino cherry blossoms' bloom, the Kwanzans can offer a very pretty consolation.

They have a much darker pink, multilayered flower that looks a bit like a small rose. The trees themselves are quite low to the ground, so they're especially good for getting a close look at the flowers (or for posing next to in photos). And there are also far fewer people crowding around them.

Kwanzans are actually quite common in the region, and you'll notice them all over the place once you start looking. They can even in the most unlikely of places–there are actually quite a lot lining the I-66 highway, for instance–and they're popular in residential neighborhoods. You might also hear of them under different names, including Sekiyama cherry trees and, more properly, Prunus serrulata ‘Kanzan'. All refer to the same type of tree.

If you're down near the Tidal Basin, there's over 400 Kwanzan cherry trees split between a large grove and some smaller groves on Hains Point/East Potomac Park. They're on the side that's opposite the airport, next to the golf course. If you do the one-way circuit around the tip of Hains Point on Ohio Drive you'll see a long grove of them on your right and then another small grove at the intersection with Buckeye Drive near the US Park Police Headquarters.

If you're heading down to take photos of the ones next to East Potomac Park, they get the afternoon sun but are in the shade in the early morning. There are parking spots right next to them, and there are rarely many people about. It's also a very nice area for a quiet walk or bike ride. If you're after morning sunlight, there are a half dozen or so next to the playing field in West Potomac Park along the bend of West Basin Drive.

There are also about 44 Kwanzan cherry trees around the Tidal Basin interspersed with the others.

Photos of the Kwanzan Cherry Blossoms 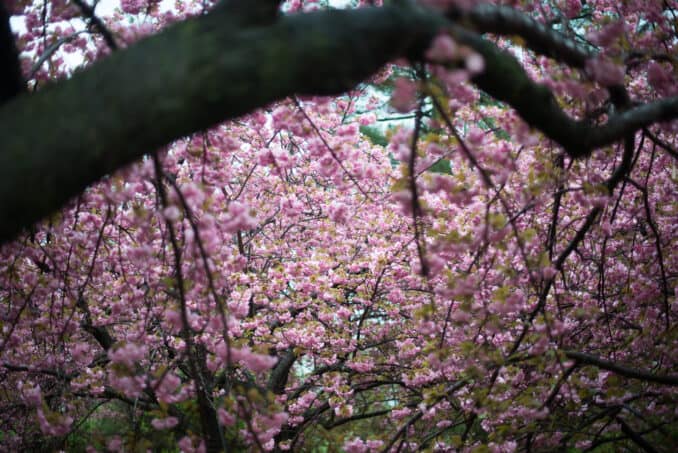 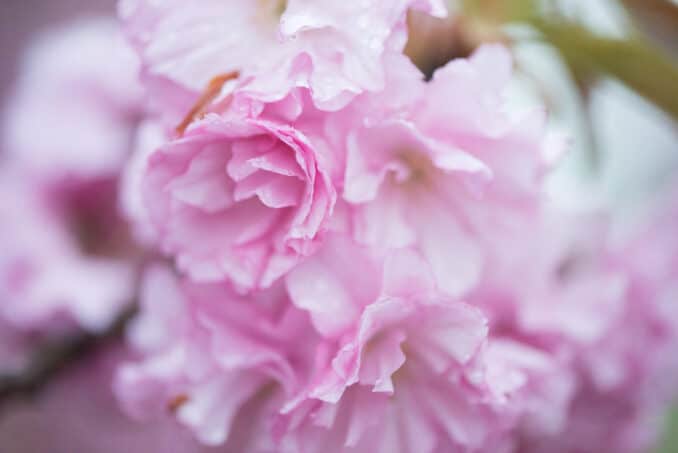 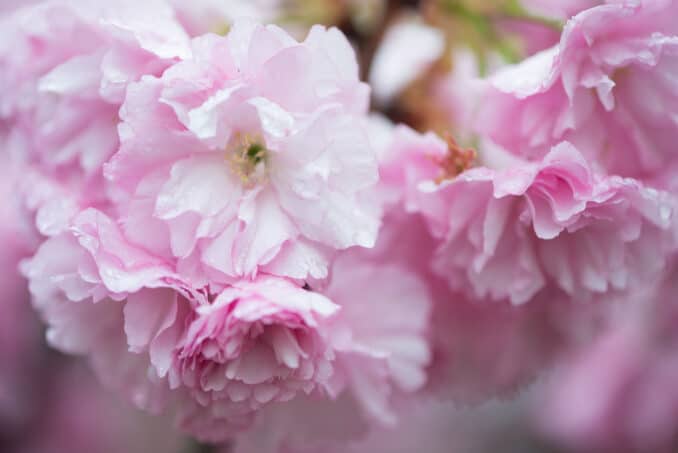 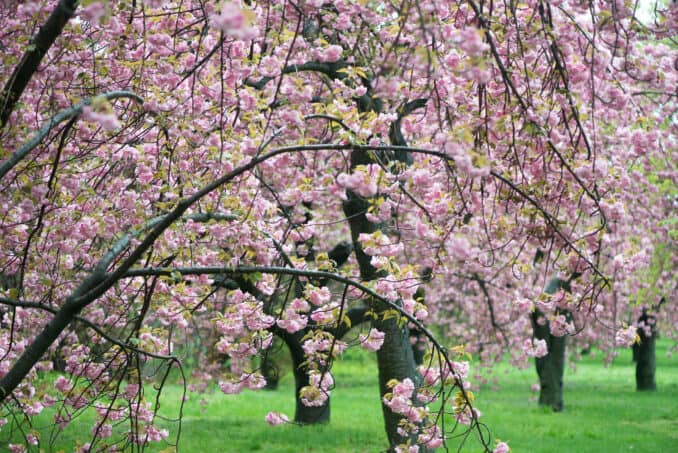 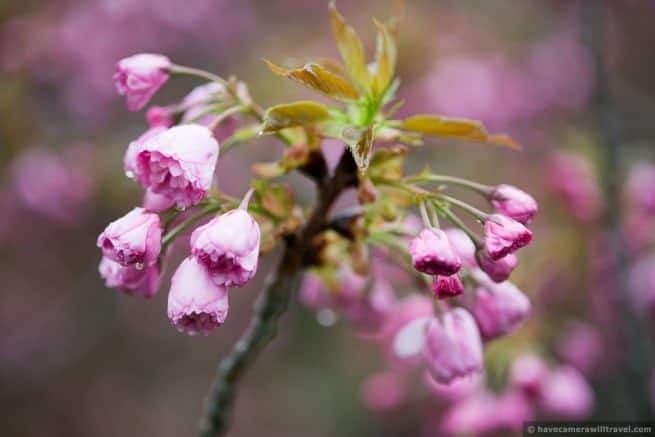 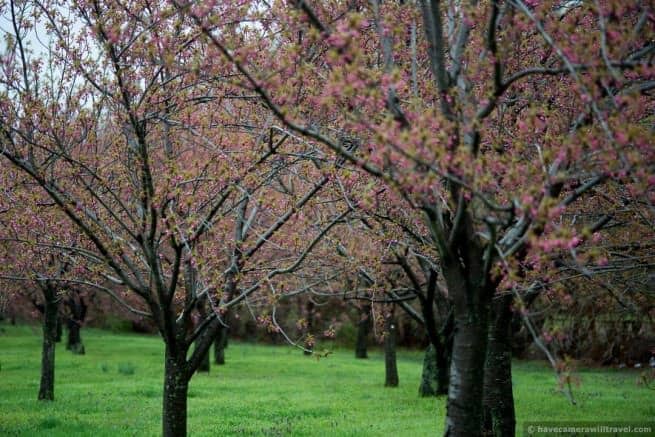 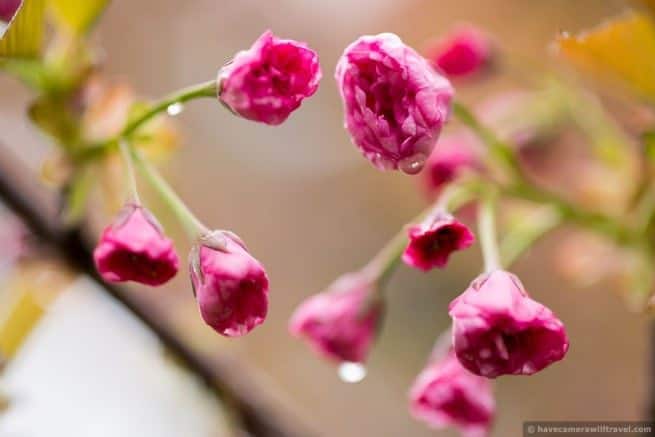 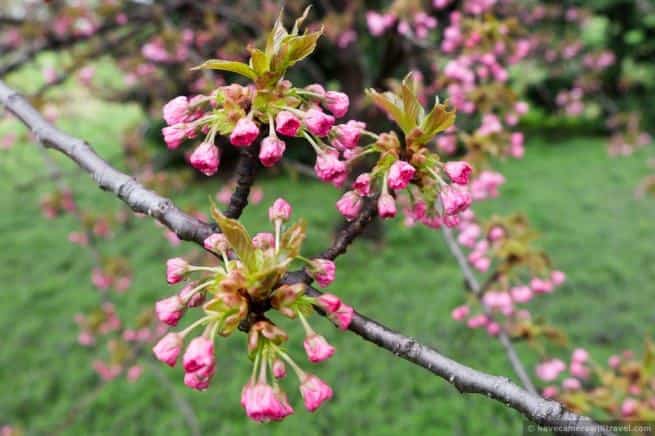 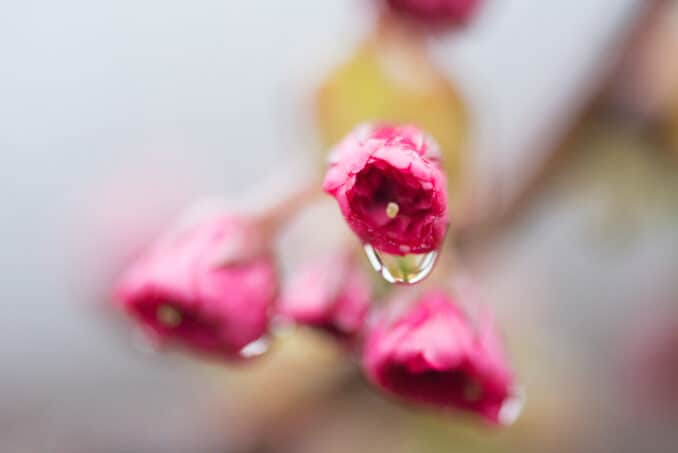 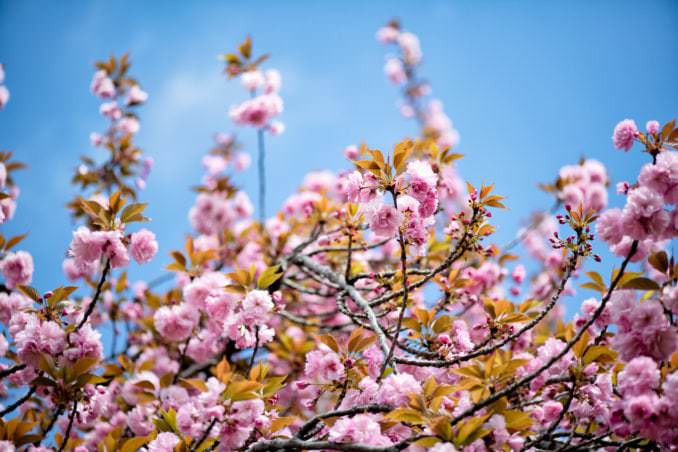 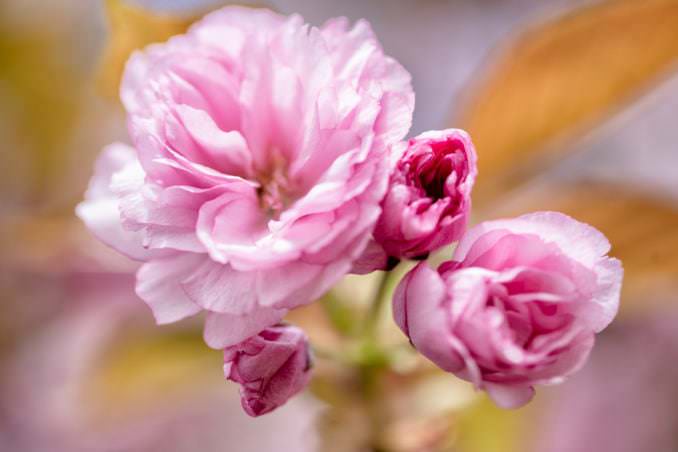 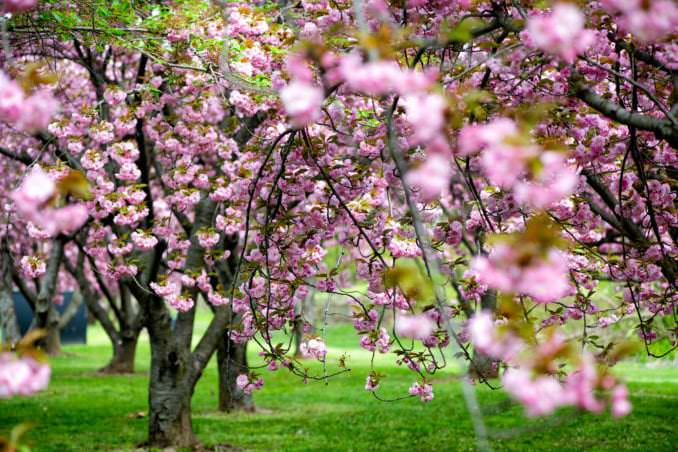 How to Find the Kwanzan Cherry Blossoms

And here's where you can find some of them (the markers):

Here are the historical peak bloom dates for the Kwanzan Cherry Blossoms. The data published by the NPS on this is incomplete, but this is what's available.

Based on this data, the Kwanzans reach peak bloom on average 15 days after the Yoshinos, but as you can see there is wide variation–sometimes it has been as little as 4 days later and sometimes as much as a month. Just as with the Yoshinos, temperatures are the big factor in determining the bloom's timing.