You can find more information about the Japanese Lantern here.

For this year’s (2012) 60th cherry blossom lantern lighting ceremony the Japanese Lantern will be sporting a fresh new look.

Set back a little from the waterline and behind the trees on an area of grassy lawn, the Japanese Lantern has always looked a little lonely.

If the lantern looks old and weathered, it’s because it is. It was carved nearly 400 years ago in Japan. Although it weighs over 4,000 pounds, it was shipped to Washington in 1954 as a gift to mark the 100th anniversary of the opening of peaceful relations between Japan and the United States and also as a symbol of rebuilding relations in the wake of World War II.

The lantern itself hasn’t changed this year–it’s still in the same spot and looks as old and weathered as ever.

But it has a new walkway winding to it from the sidewalk, is now surrounded by several large stones for decoration, and has a new, small paved area at its foot. On the other side of the paved area is the plaque commemorating the planting of the first cherry trees.

It has all been very nicely done and is a long overdue upgrade to one of Washington’s lesser known monuments. 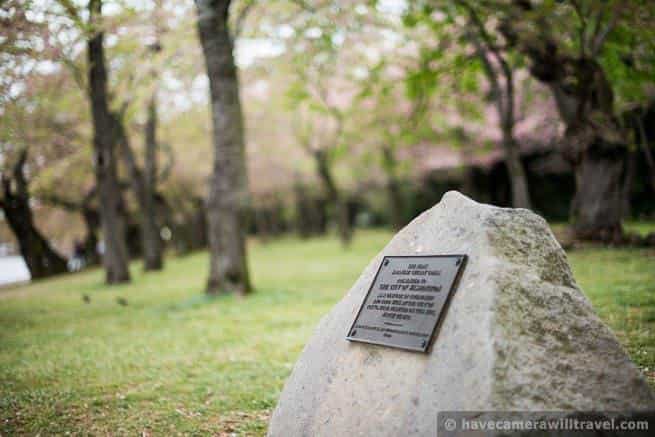 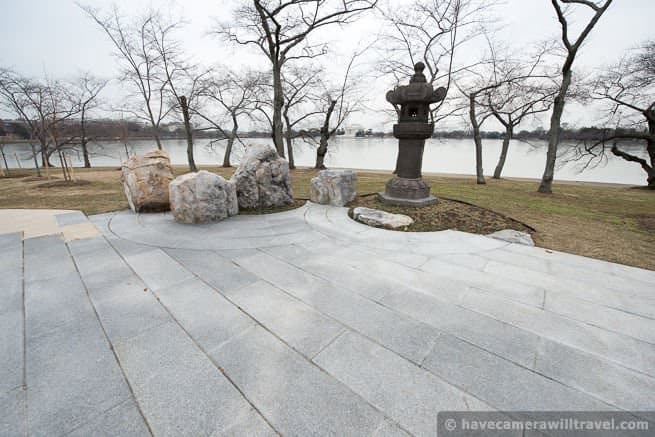 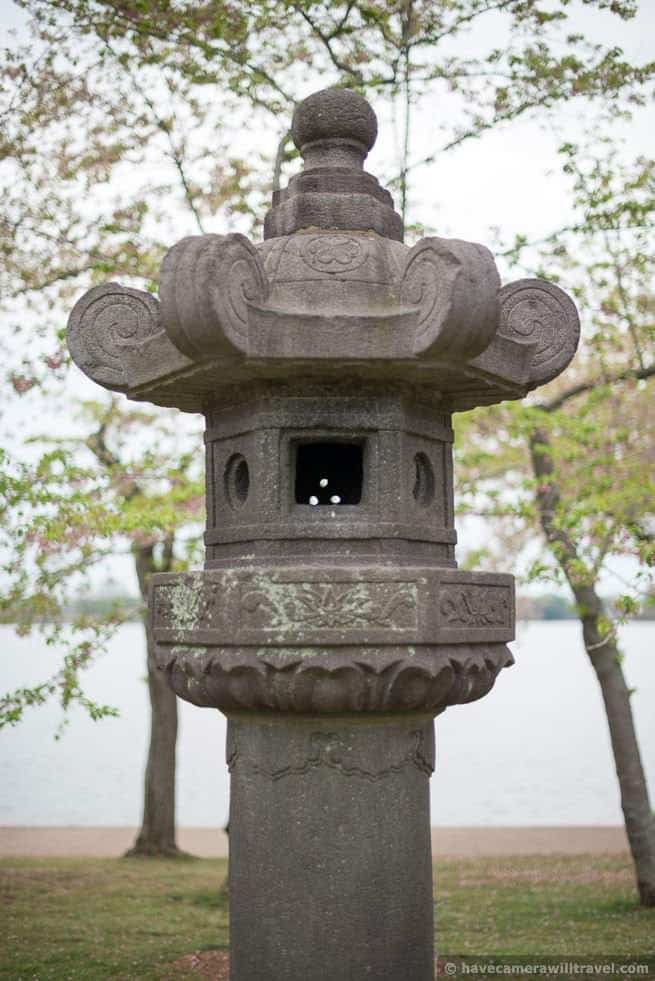 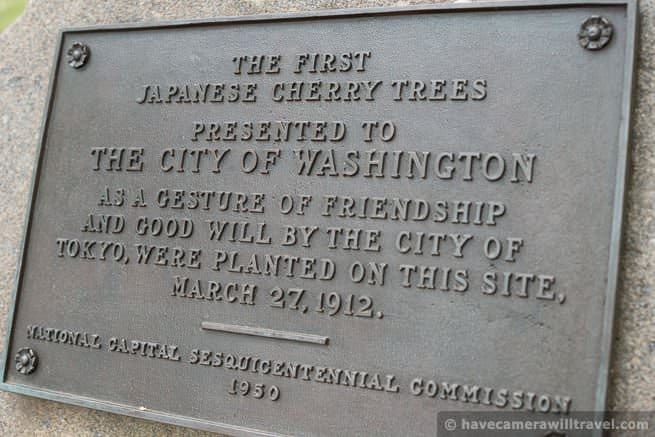 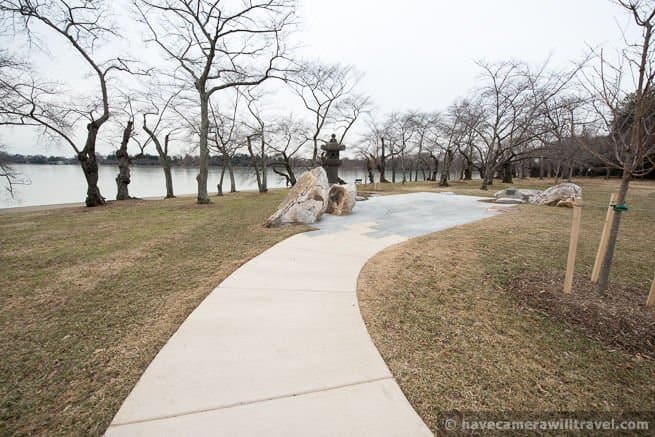 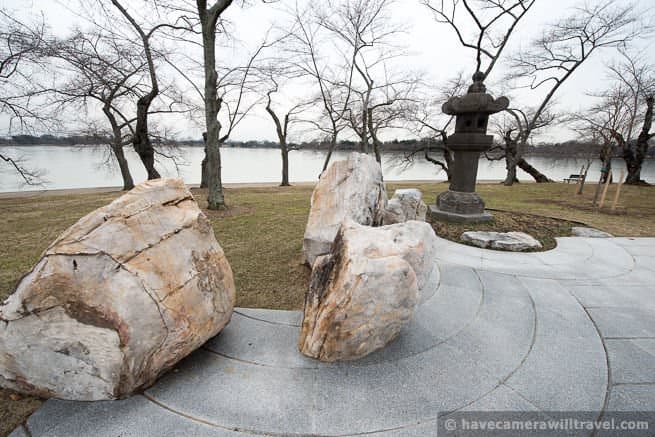 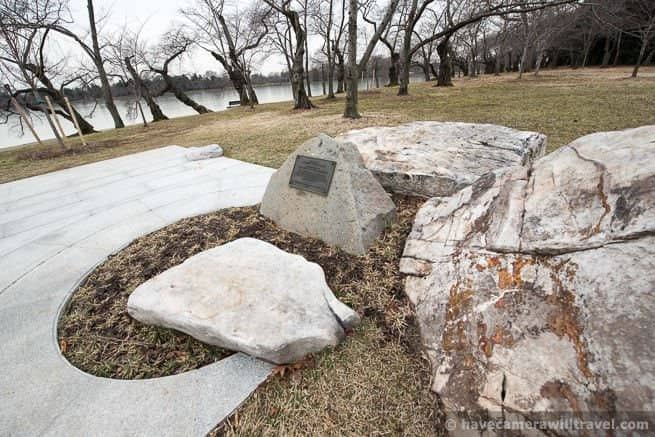 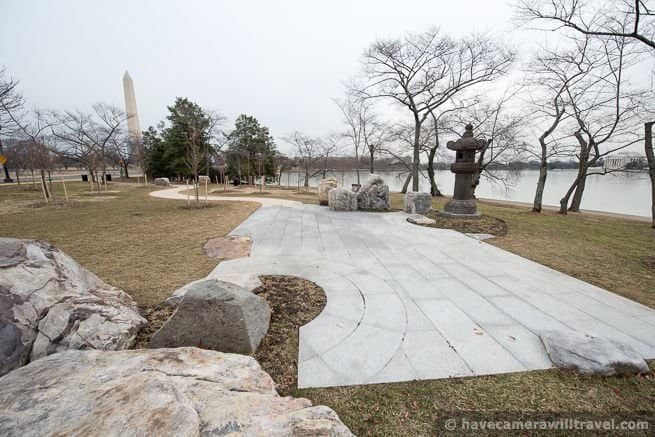