Not every tree is on exactly the same schedule. Some can be a day or two ahead or behind others. But there’s one tree that’s consistently a week to ten days ahead of most of the others around the Tidal Basin.

Because of this distinctive trait, it has become known as the indicator tree, and it’s used to get an idea of where the other trees will be in a week to ten days. It’s also one of the key pieces of the puzzle that the National Park Service horticulturists use in making their peak bloom predictions.

So if you’re here a little ahead of the peak bloom but still want to see some blossoms, it’s a good place to look.

There’s no sign, though, and unless it happens to be covered in flowers while everything around it isn’t, you really have to know where it is.

So here’s how to find it. 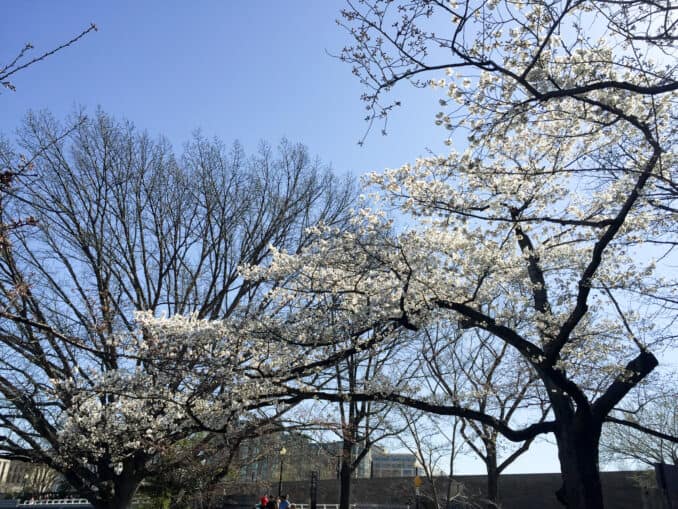 This first shot is taken from the end of the bridge on Ohio Drive SW looking southwest towards the Jefferson Memorial (you can see the top of the dome in the background). The walkway splits into three, with one path to the left going alongside the road and another path to the right heading towards the water of the Tidal Basin. 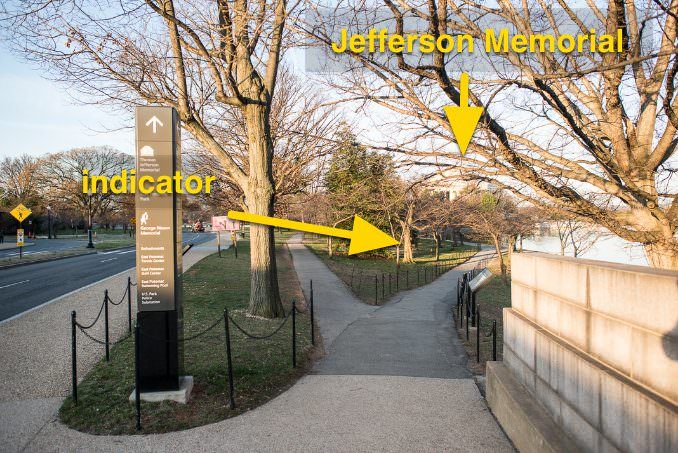 The indicator tree is between the two paths to the right. It’s the first old-looking tree you come across and is standing right next to a large holly tree. It’s not the most majestic of the old trees, and it’s had some amputations over the years. But for whatever reason, we can count on this particular tree to provide advance warning. 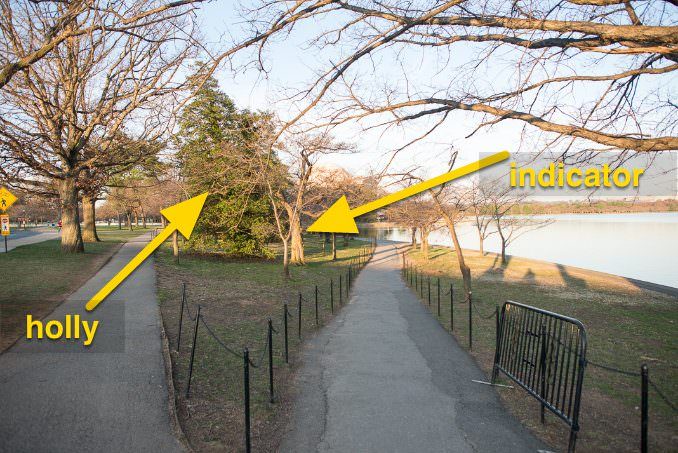 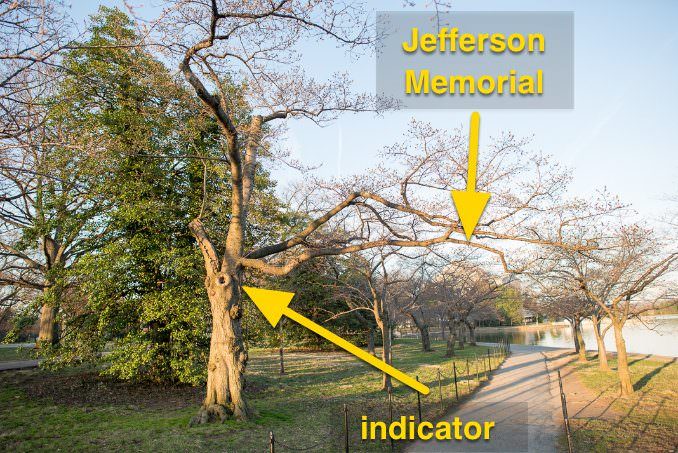 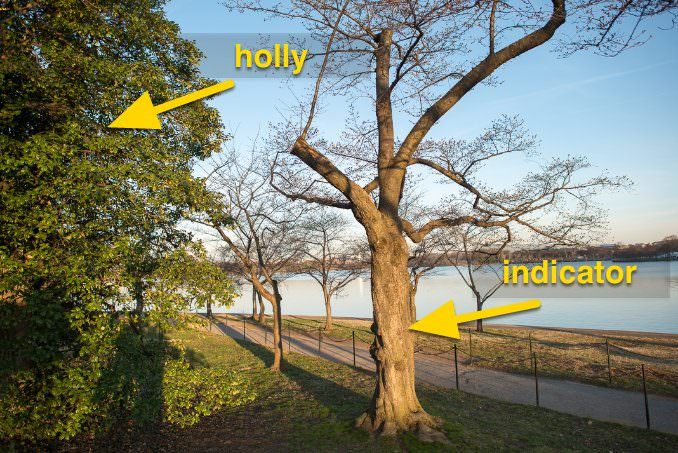 The tree ID tag on the southern side of the tree.

Looking for travel stock photos or prints? I might be able to help. You can search my collection here:
If you already have a buyer account with Alamy and would prefer to use that, you can search my images directly here.
71shares