Most of the snow has gone from around the Tidal Basin, and the cherry trees don’t seem any worse for wear after making it through the Snowzilla blizzard. 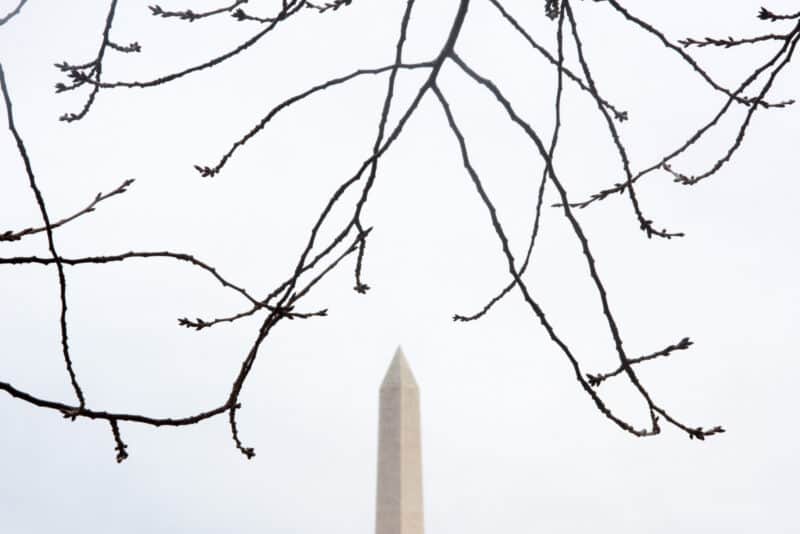 The snow is gone (for now), and aside from some scattered piles of snow here and there, there's not much evidence of the blizzard from two weeks ago. The trees don't seem any worse for wear from the snow, and I didn't come across any fallen branches this visit or last.

The very warm start to February thawed the Potomac and most of the Tidal Basin. Now that we're back into more typical winter temperatures for the past few days there's a very thin layer of ice on maybe a quarter of the Tidal Basin.

As you can see from the photos below, the cherry blossom buds are very much still in the early stages. There won't be a lot of change to see in them over the next few weeks, but through March the progression will accelerate as they move through the various developmental stages on their way from buds to blossoms.

At the end of January we ended up just over 1° below normal for the month. Last year we had a very cold February that helped push the cherry blossoms' bloom–along with most of the area's other flowers–very late. So far, at least, there's not much to suggest that we'll get a repeat of that unusually chilly month overall, although we might be in store for some very cold nights yet.

Here's how we're tracking so far for monthly average temperatures. It's still too early in the month for the February average to be meaningful, and after a balmy first few days of February we seem to be settling in to more typical winter weather. 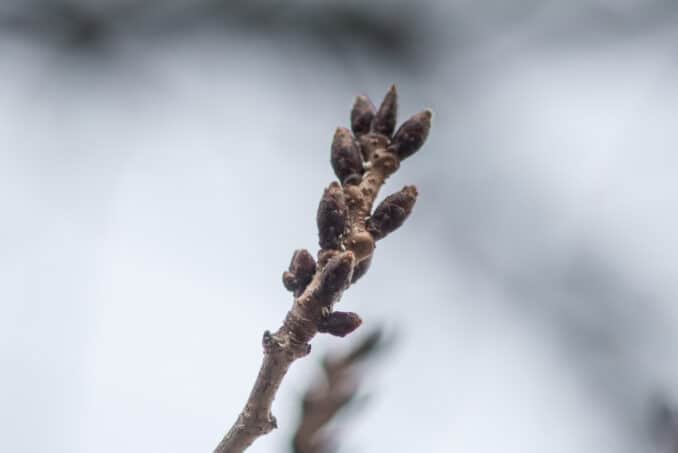 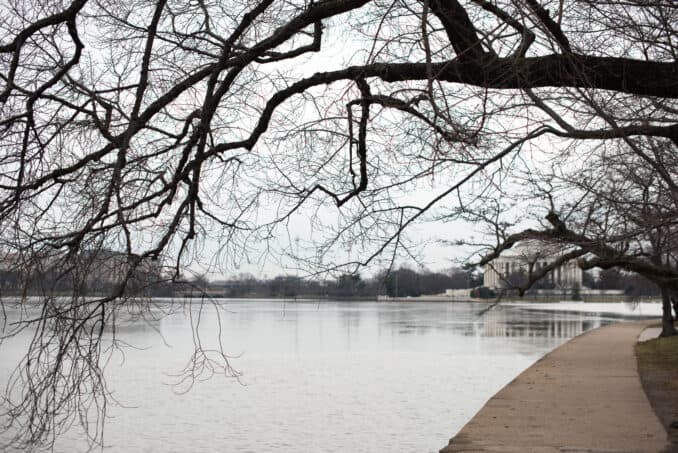 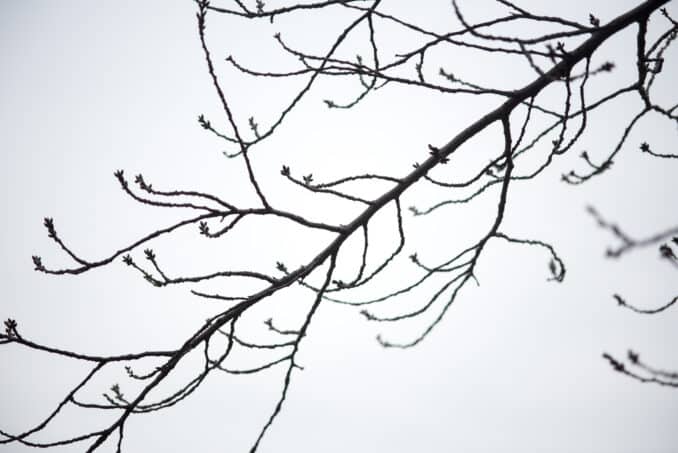 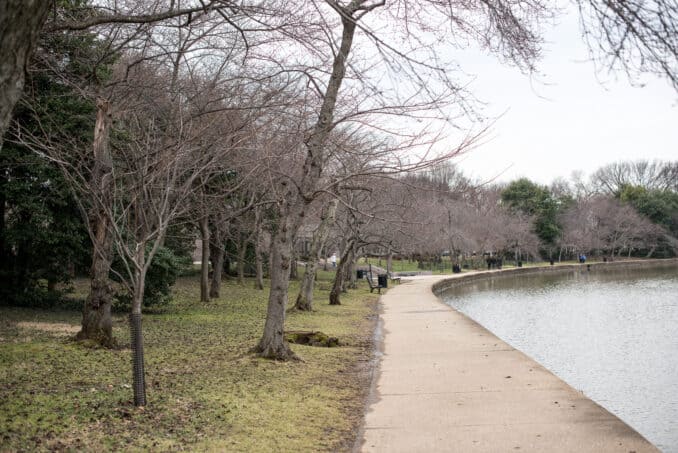 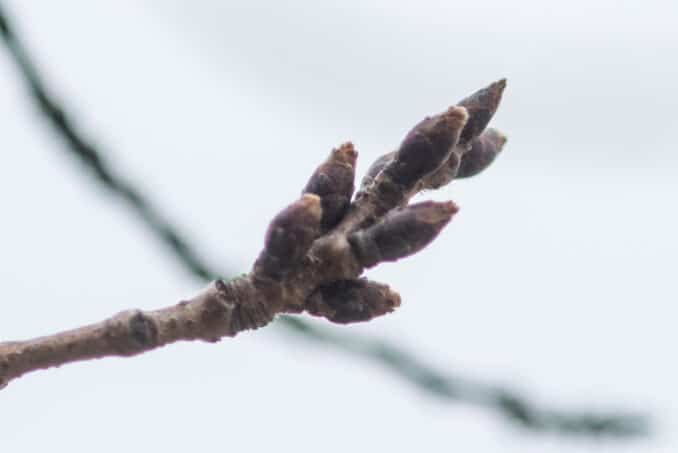 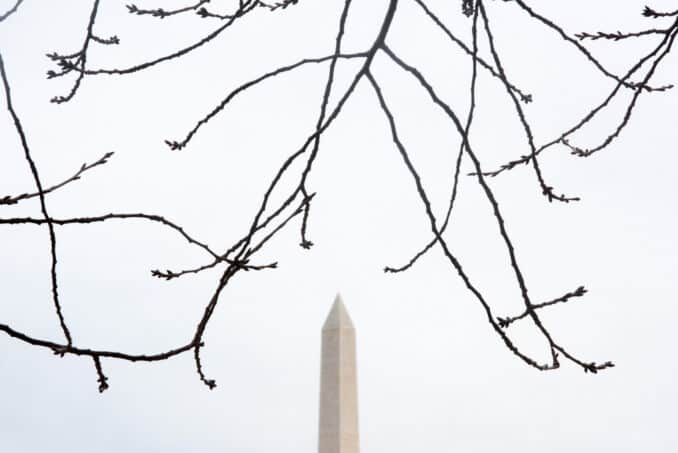 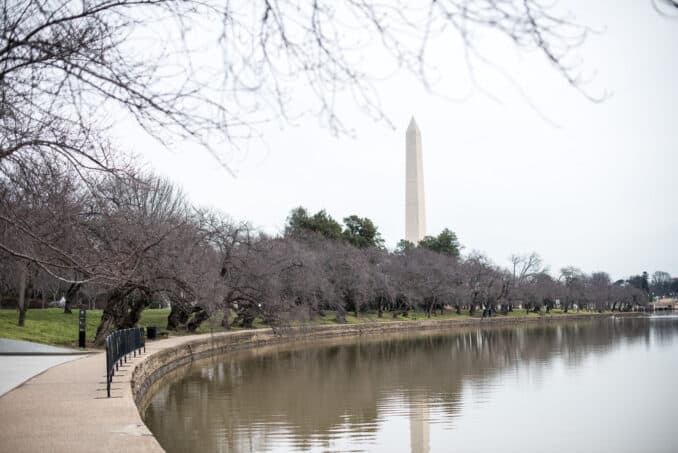 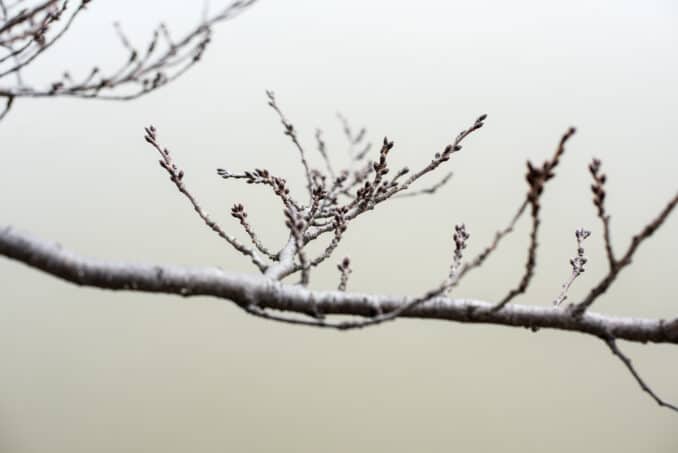 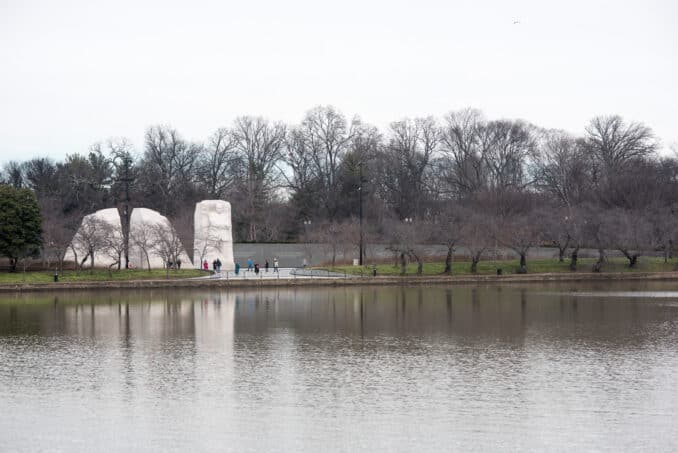 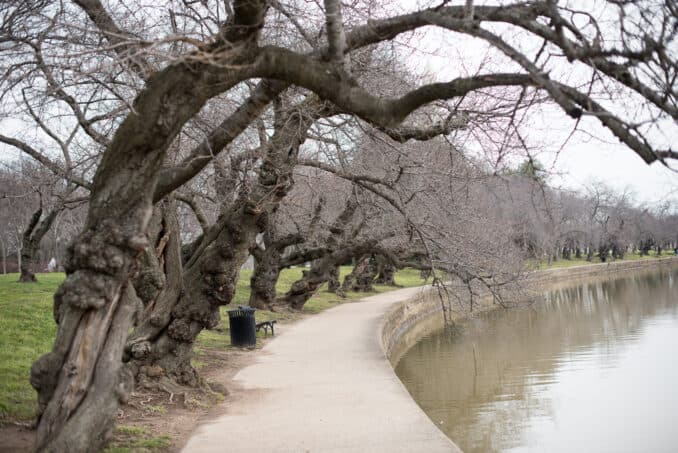 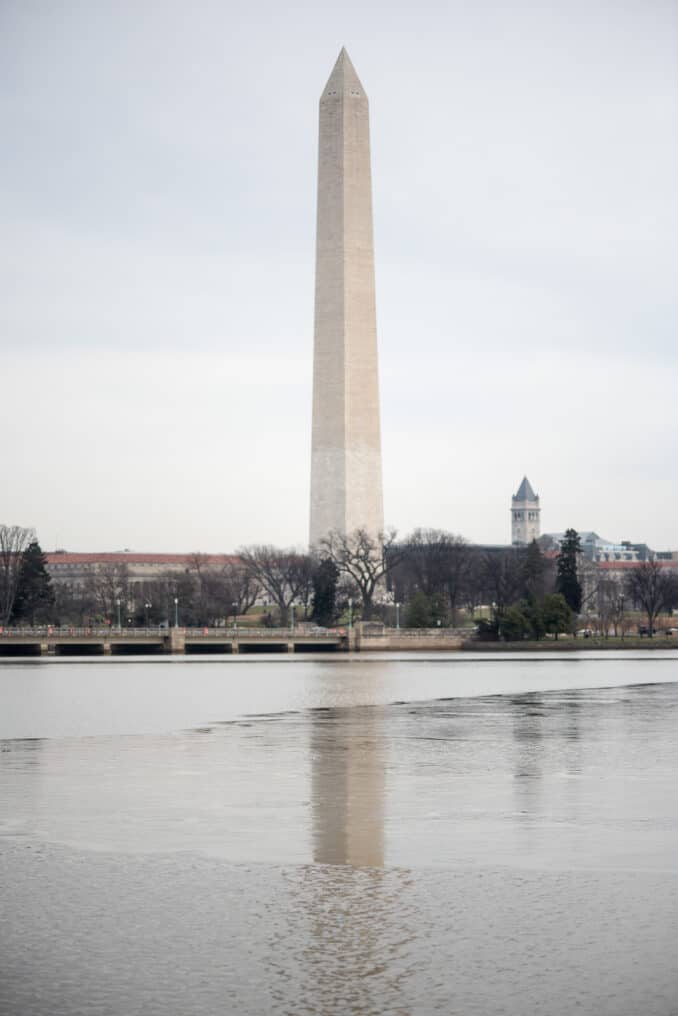 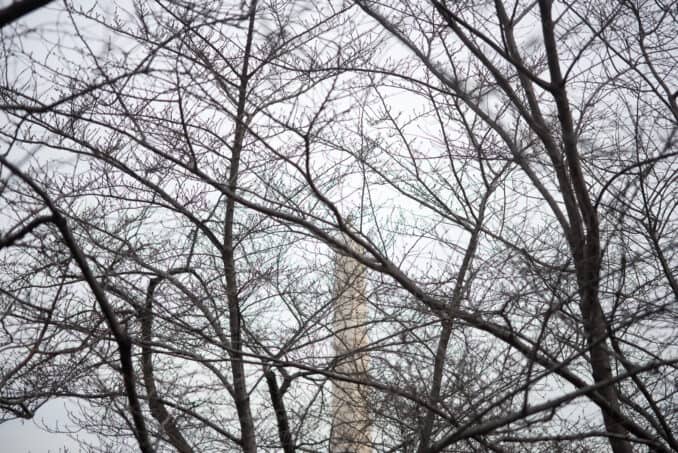 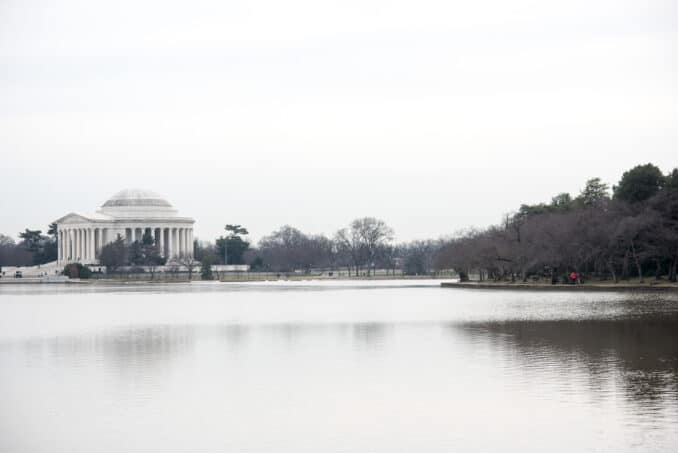