We’re finally getting a brief taste of spring. But the cherry blossoms have some catching up to do. 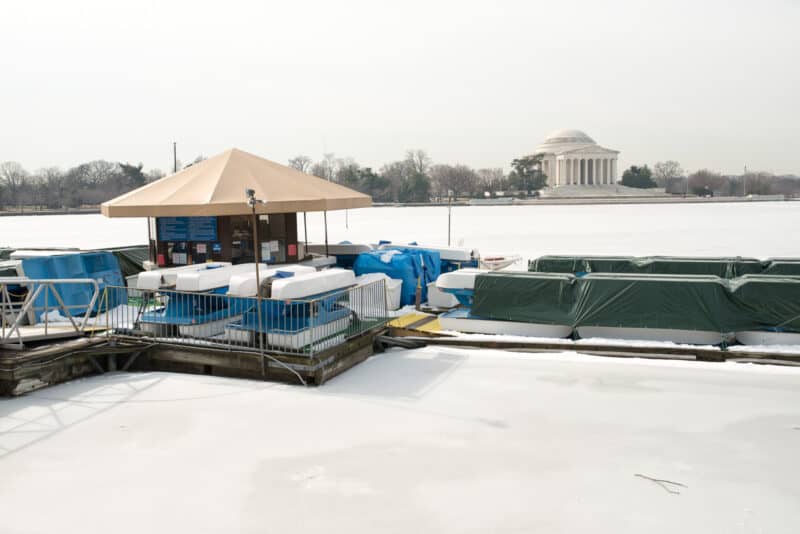 So this is what spring feels like! After a snowstorm last week dumped half a dozen or so inches downtown, most of the snow has melted in the past few days, leaving behind some slushy and muddy ground. It's a beautiful afternoon, and there are lots of people out on the Mall enjoying it, even if that means playing ultimate in the mud. But the nice weather won't stick around for long. The forecast for the rest of the week is for warmer than it has been, but quite a lot of rain is expected.

The Potomac is mostly thawed, but the Tidal Basin is still frozen over. The paddle boats are scheduled to open for the season this coming Sunday, but unless the ice melts by then there won't be a lot of paddling happening.

Some schools are on spring break now, and that means that busloads of school kids are descending on the monuments and museums downtown and tour buses are lining the roadsides.

The National Park Service issued their first peak bloom forecast for the season last week for a peak bloom they expect to fall sometime during the period of April 11-14 (possibly subject to change as we get closer). We expect the Washington Post‘s Capital Weather Gang to post theirs this week. I'll update the peak bloom forecasts page when they do. 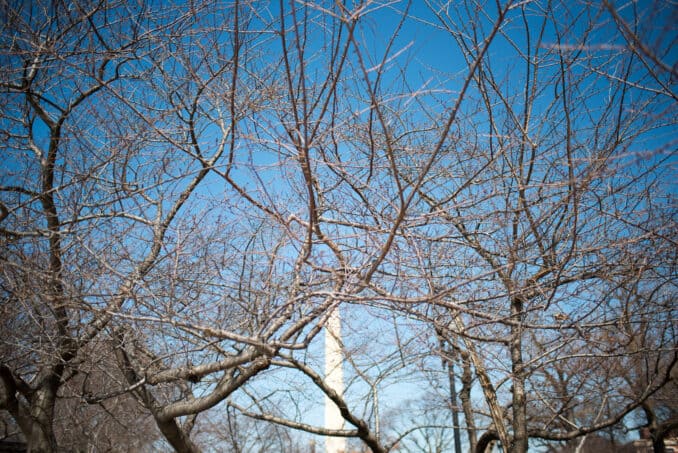 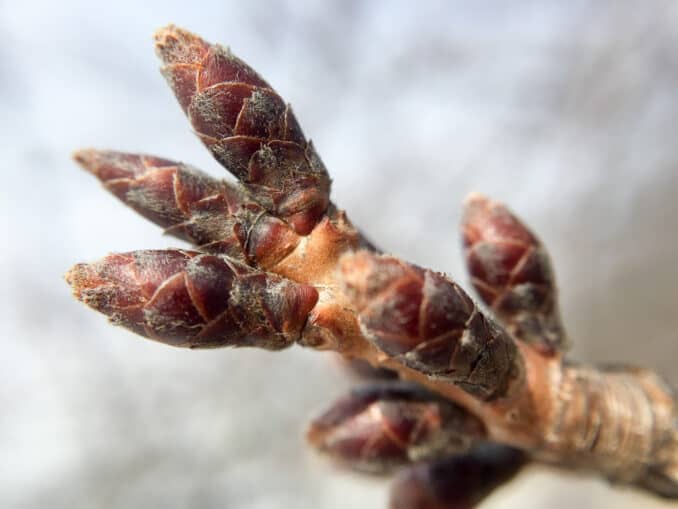 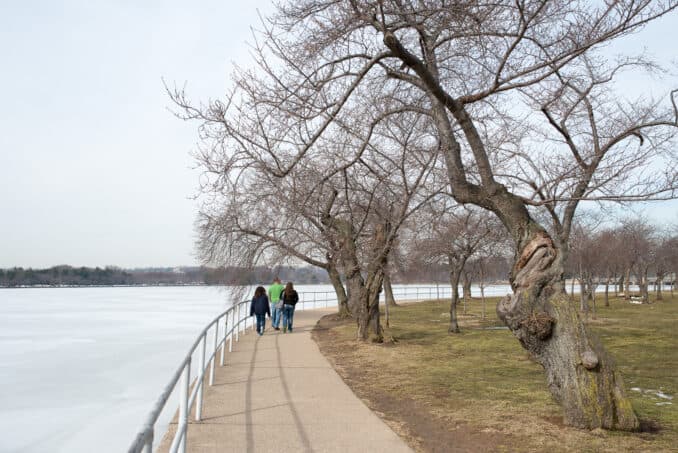 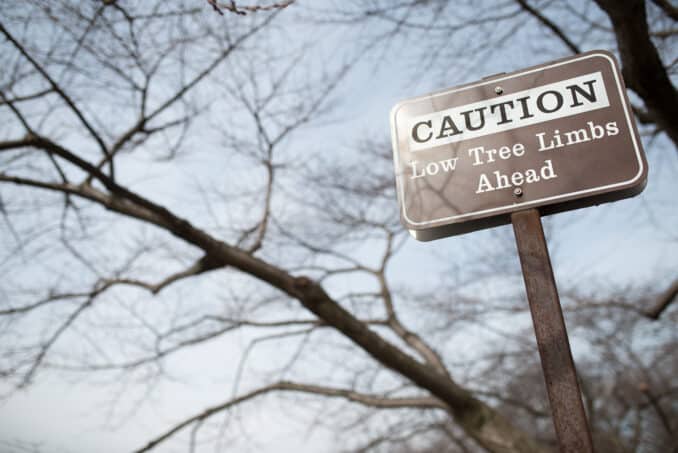 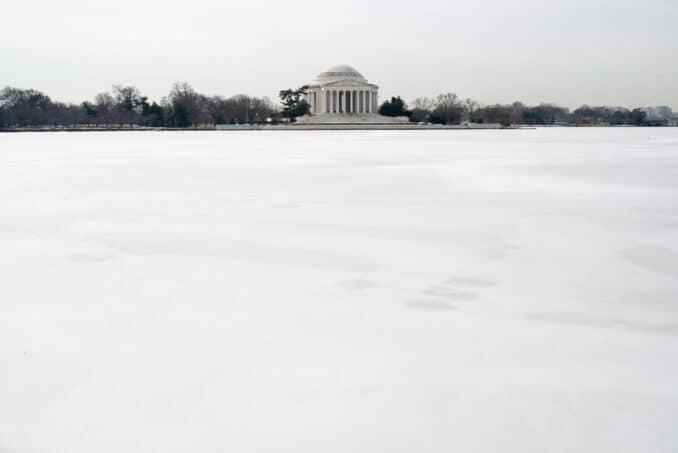 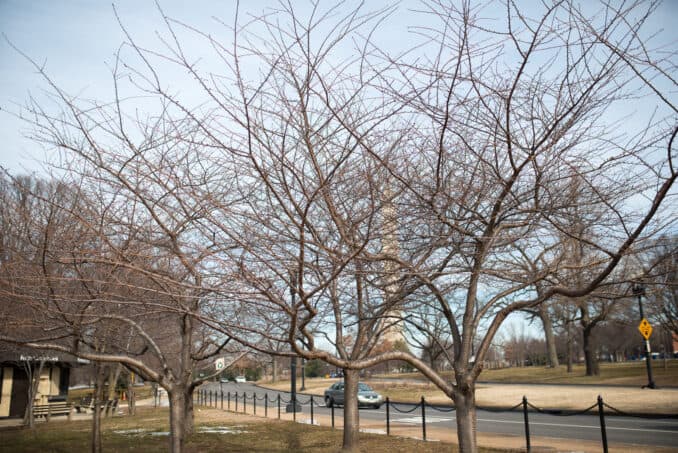 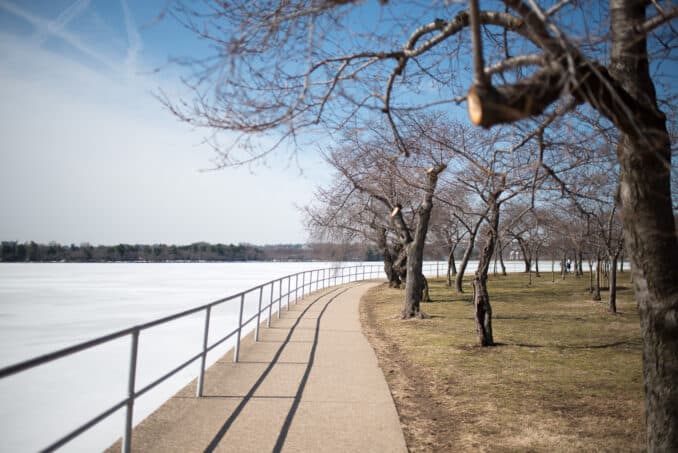 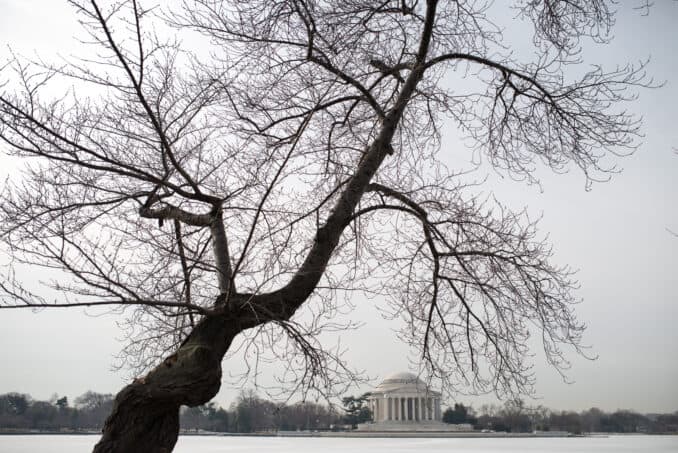 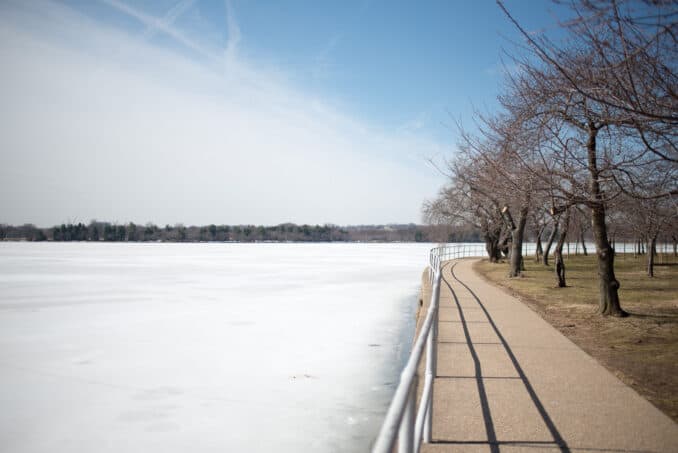 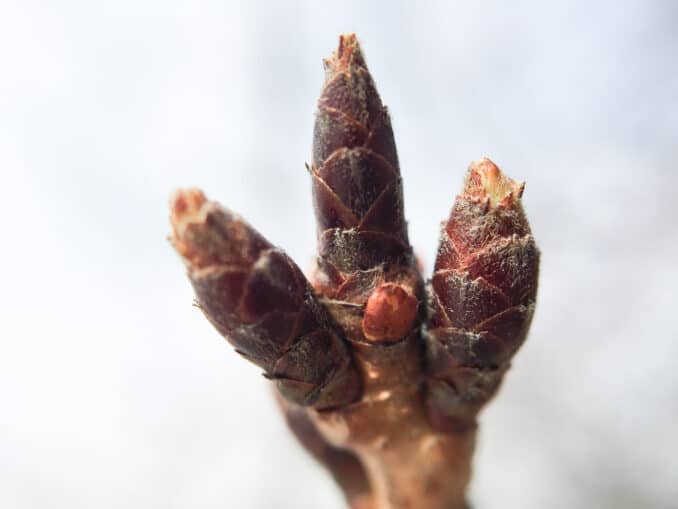 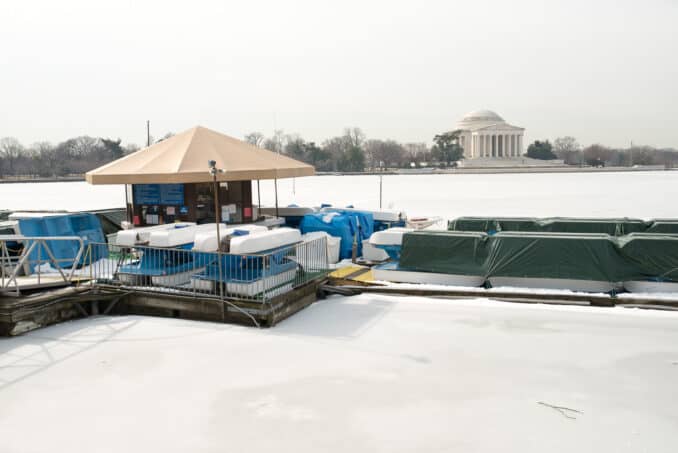 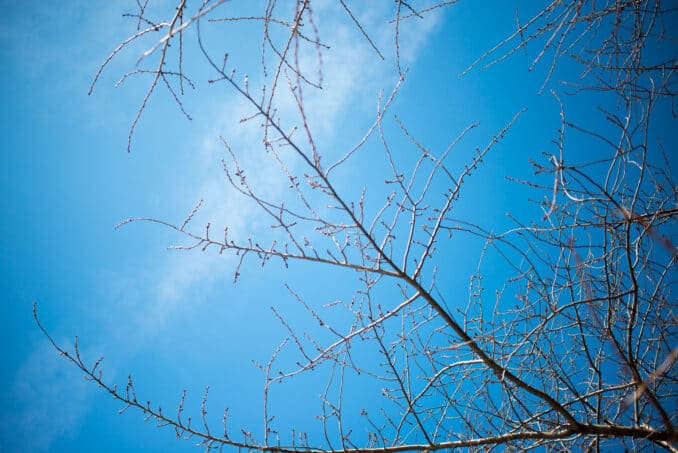