The buds are still doing their thing. They’re moving into the “florets visible” stage now, the second of the five development stages tracked by the NPS before actually blooming. So they still have some work to do before the flowers come out.

As usual, the indicator tree is well ahead of the others, but it also still has a way to go before flowering. If you look very closely, you can see some the outside of some white petals just starting to poke through on some of the buds. There are some photos of it taken this morning below. This time last year it and a handful of others were already bloomin.

There’s some unsettled weather coming up in the next week to ten days, including some maybe-it-will, maybe-it-won’t forecasts for a few possible snowstorms.

After the freeze damage last year that destroyed about half of the blossoms as they were about to bloom, it’s natural to wonder if we’re in for a repeat. That’s unlikely, at least from these waves of weather over the next week or so.

There are two reasons. Firstly, at the stage the vast majority of the trees are in now and will be over the next week, the buds are quite well protected against the cold. It’s really only when they’re in the final stage before blooming that they’re vulnerable to freezing, and they’ve still got some developing to do before they get to that stage. It just so happened that last year many of them were in precisely that stage when the Arctic blast rolled in with very cold temperatures over several days. Secondly, I’ve not yet seen any forecasts suggesting extremely cold temperatures of the kind that would cause a problem even if the buds were in their vulnerable stage. So at this point I don’t see a lot of cause of concern. Given how preciously some of the oldest overhanging branches seem to be hanging on, I’d be more concerned about the weight of snow and ice on them, but that’s only a small number of the oldest trees.

We have a few more cooler days and then things will start warming up a bit. That will help speed things along with the buds.

These were all taken this morning. 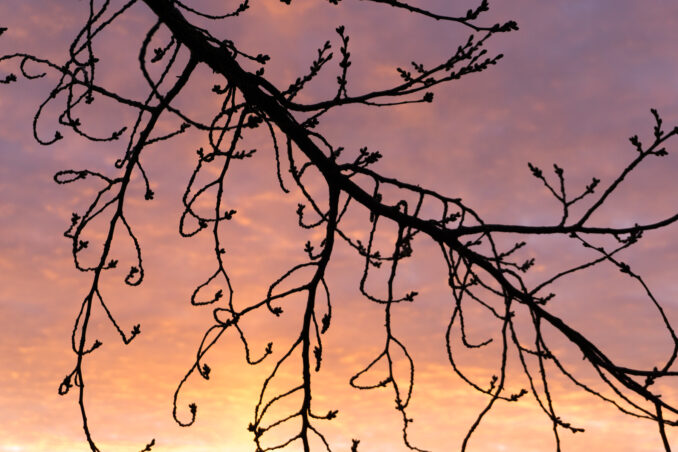 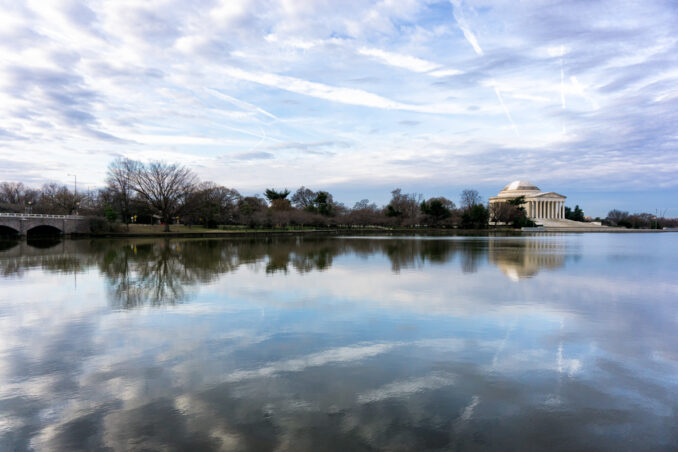 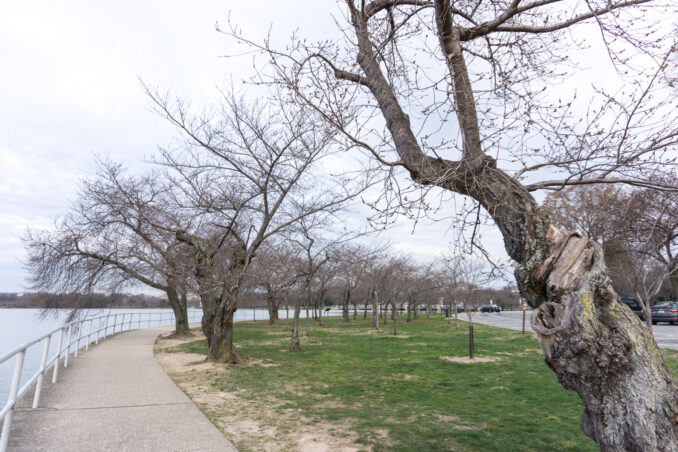 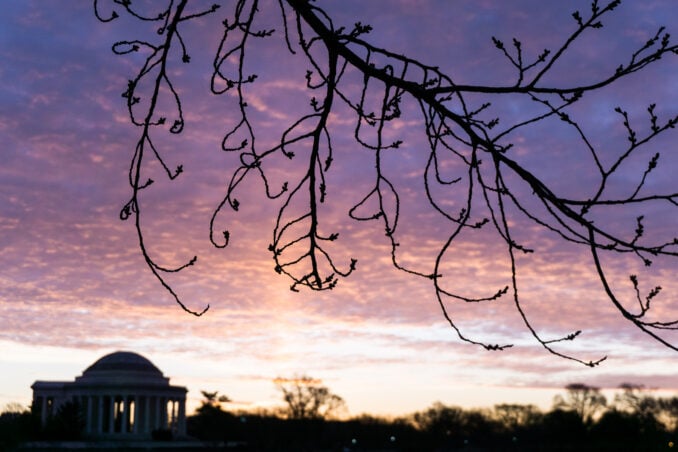 These are some of the oldest of the trees and have trunks or thick branches arching out over the water.

The indicator tree is consistently a week to ten days or so ahead of the others. This time last year it was blooming. As of this morning, it still has a way to go.

You can find more information about the indicator tree here.

Looking for travel stock photos or prints? I might be able to help. You can search my collection here:
If you already have a buyer account with Alamy and would prefer to use that, you can search my images directly here.
295shares