The cherry blossoms are coming into full bloom, although there’s still plenty of flowers yet to open. More and more will open up over the next few days. If you head down this weekend you won’t be disappointed.

More details and photos from this morning below.

How It’s Looking at the Tidal Basin This Morning

These were taken very early this morning while there was still a fairly solid cloud cover. It has since cleared up a bit, making it a sunny and pleasantly warm day.

The early bloomers, including the indicator tree, are still going strong and aren’t yet showing signs of fading. Petals aren’t coming off them yet. 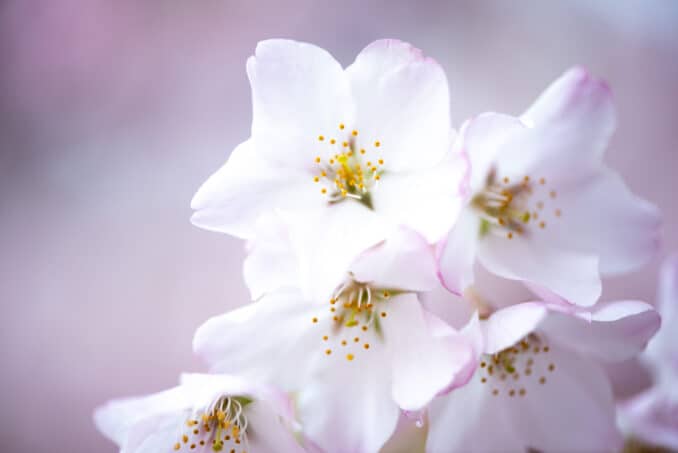 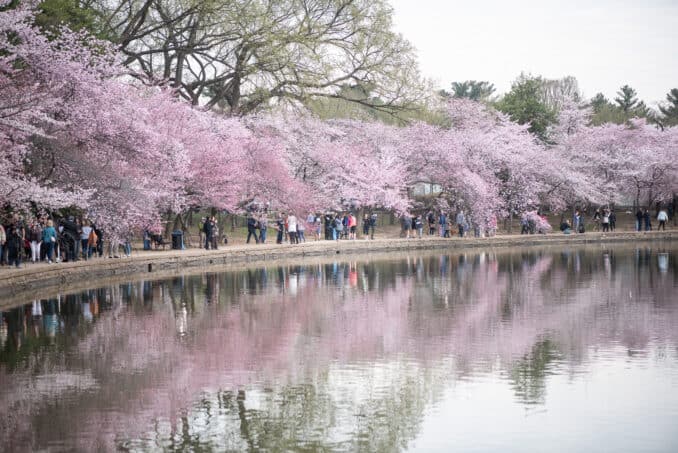 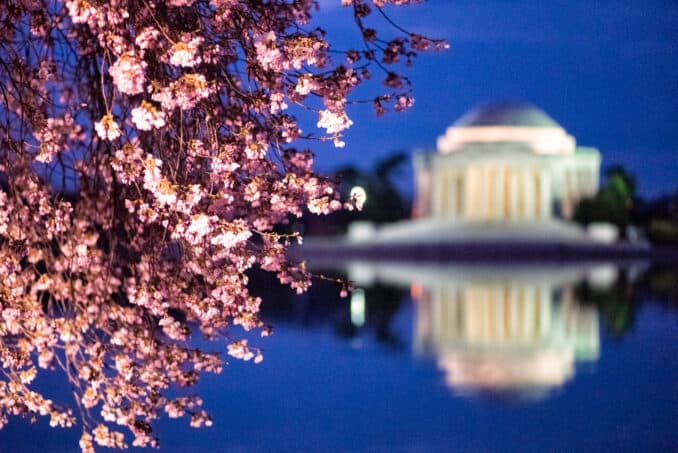 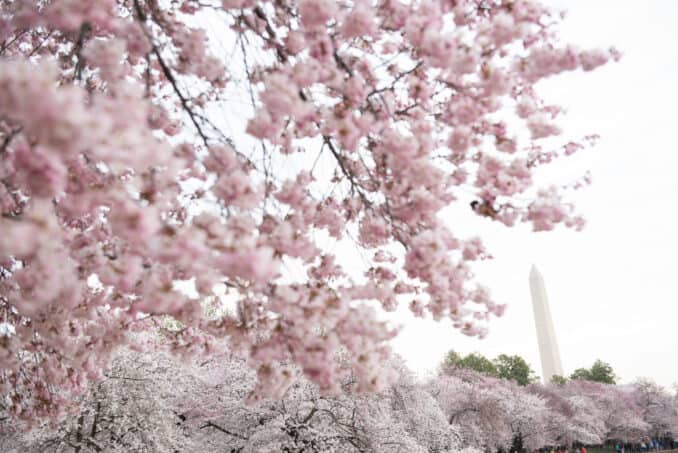 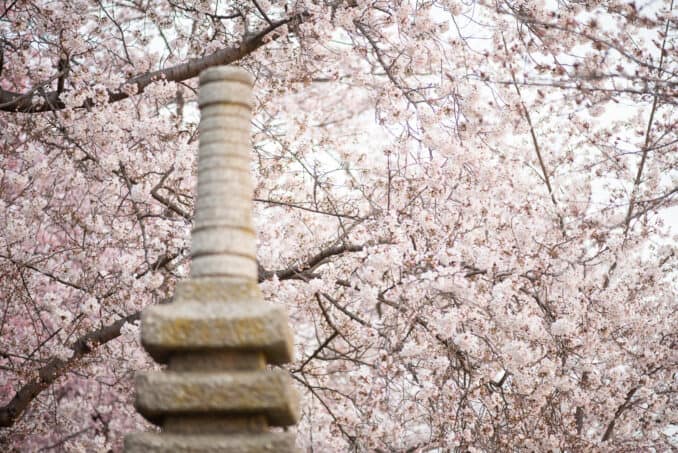 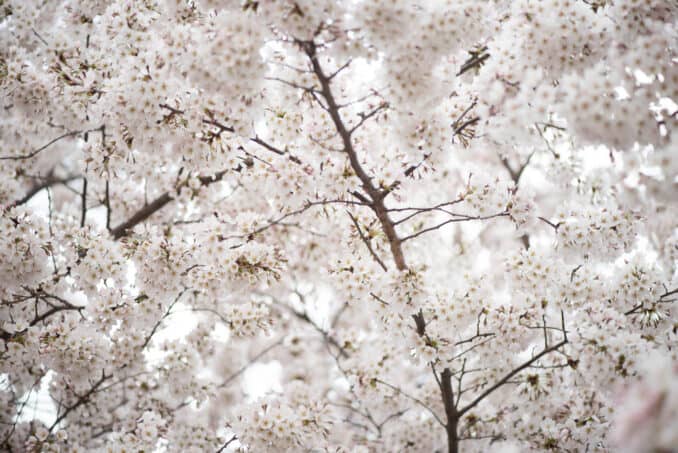 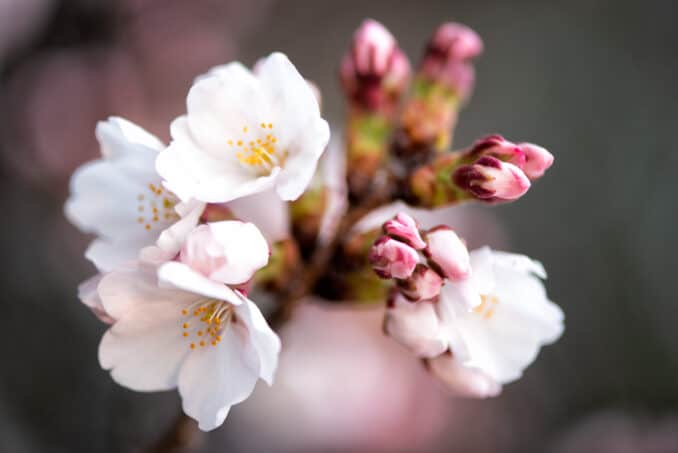 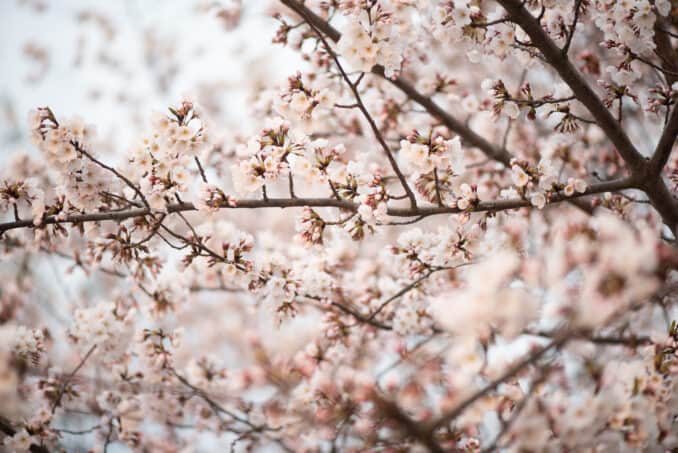 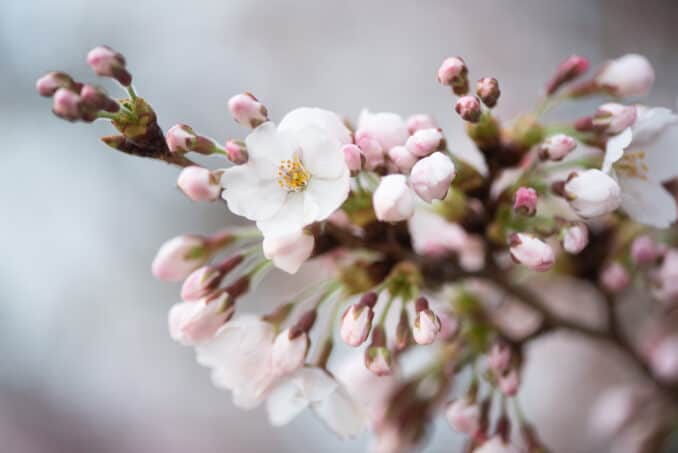 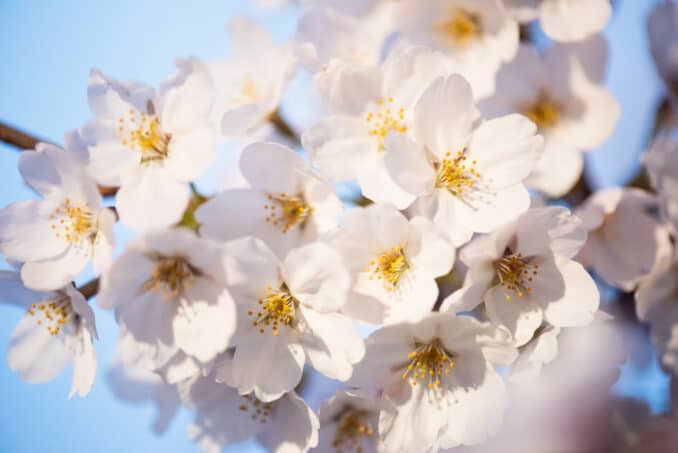 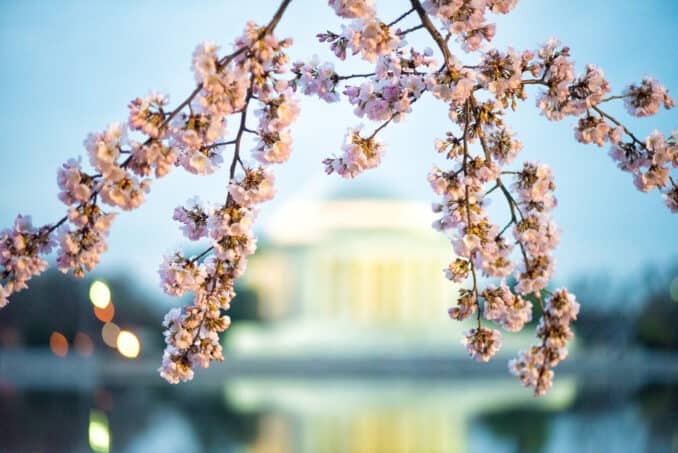 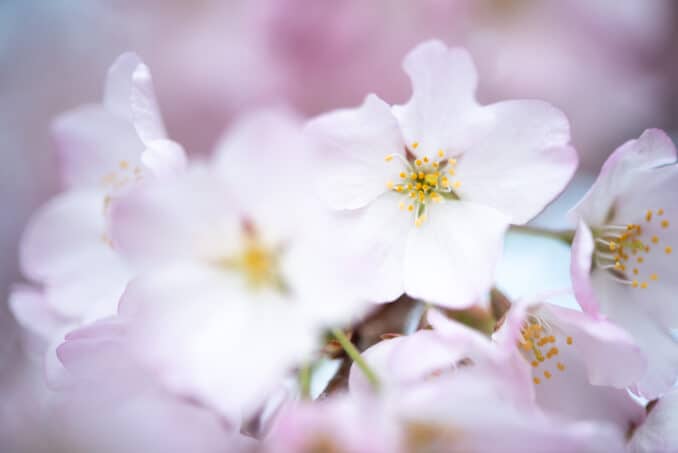 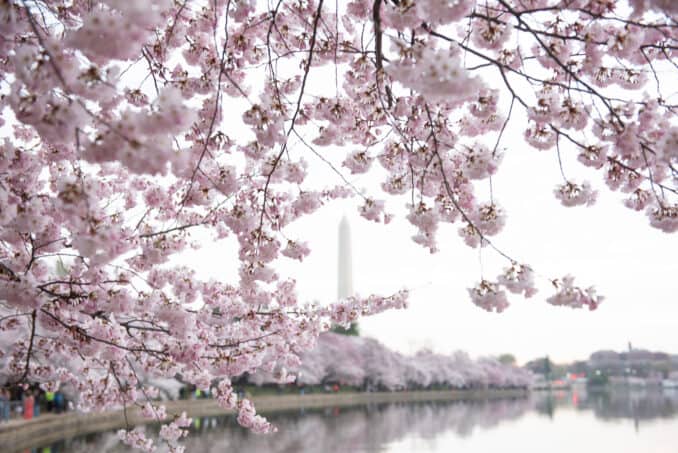 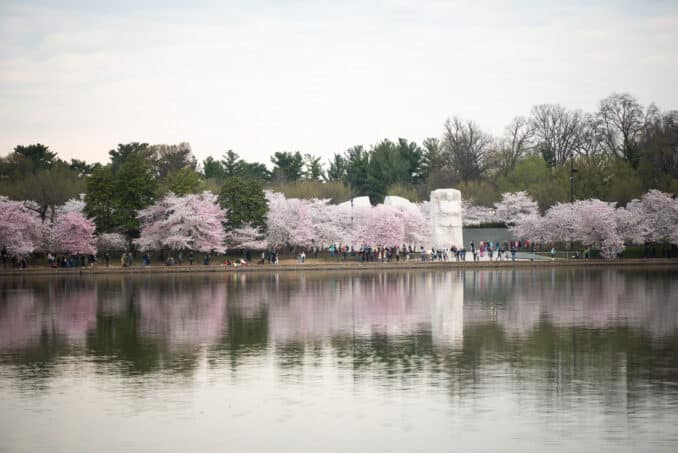 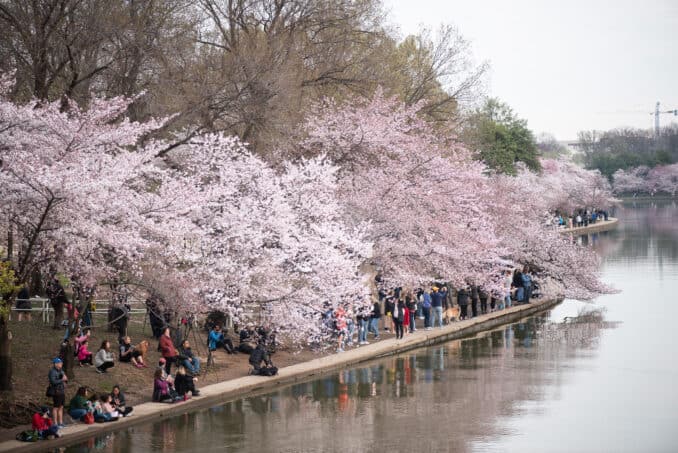 If you’re visiting this weekend, you’ll have the National Cherry Blossom Festival’s Kite Festival on the Mall near the Washington Monument on Saturday.

I’ve put together some information on the monuments and memorials you’ll come across as you wander around the Tidal Basin.

I’ve also put together some suggestions of you’re visiting with young kids.

This Weekend or Next Weekend?

I’ve been getting a lot of questions on which weekend would be better if you had to choose one. I wish I had a clear, definitive answer, but it’s not quite that easy.

This weekend (March 30-31) has the virtue of being a safe bet. The cherry blossoms haven’t peak yet, but they are looking beautiful.

It’s entirely possible that they’ll be looking even more beautiful the following weekend (April 6-7), as more flowers have the chance to come out and they start shifting pink. The catch is that there is at least some risk of rain/wind interfering. For some examples of the practical ramifications of that, take a look at the photos in the next section about the weekend of April 6-7. 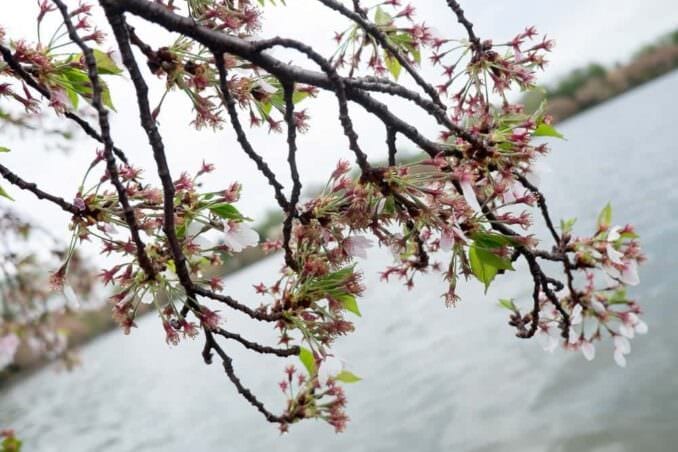 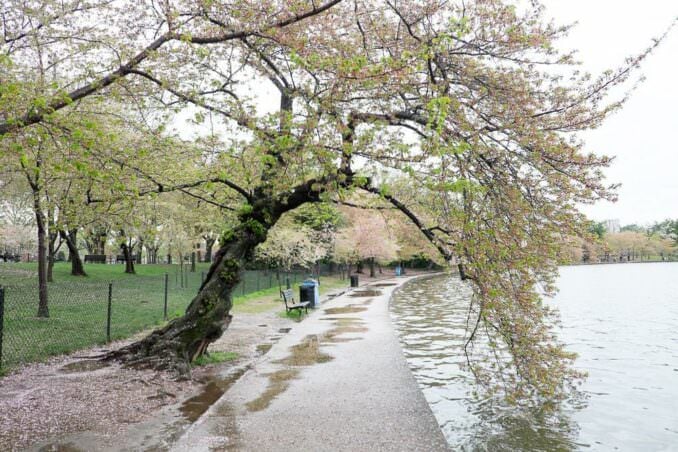 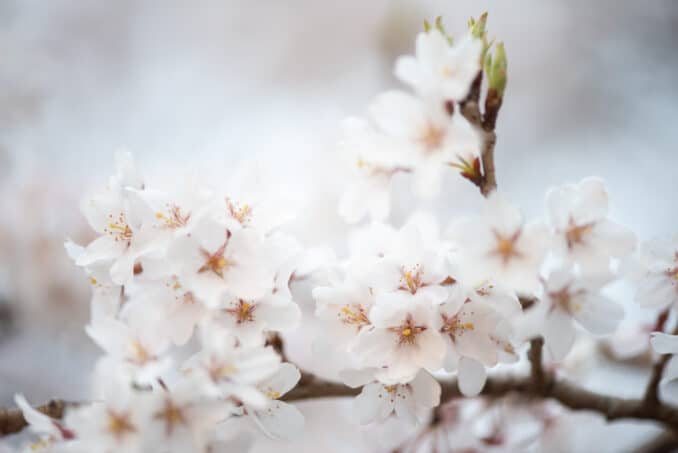 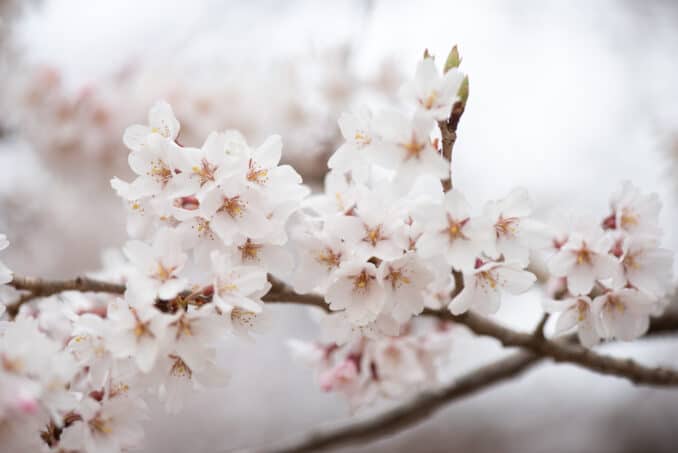 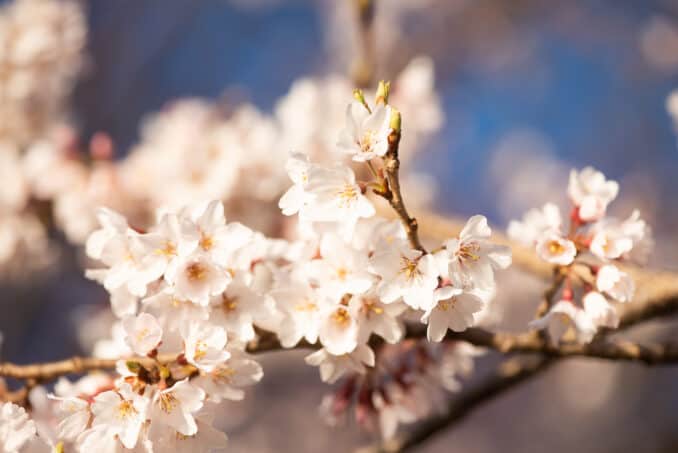 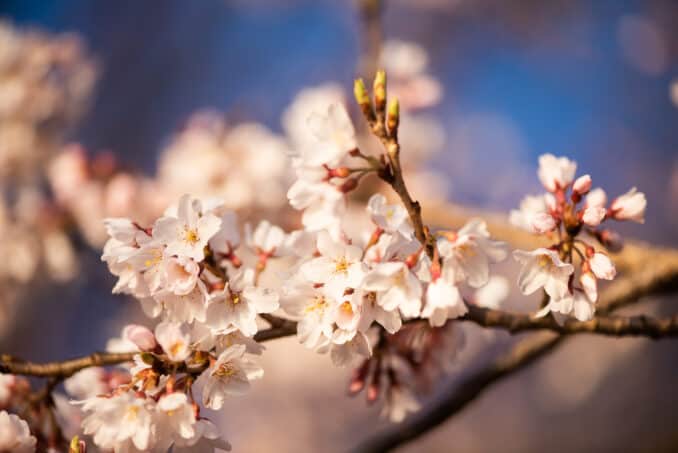 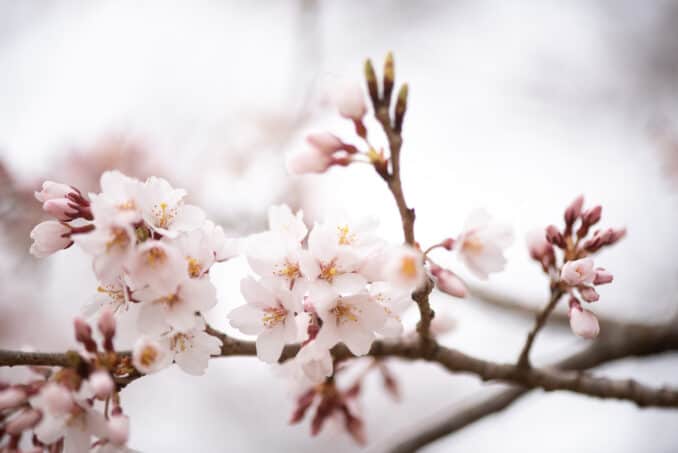 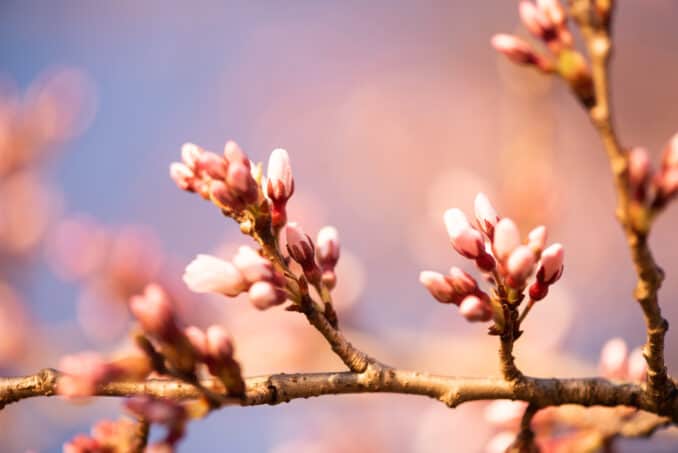 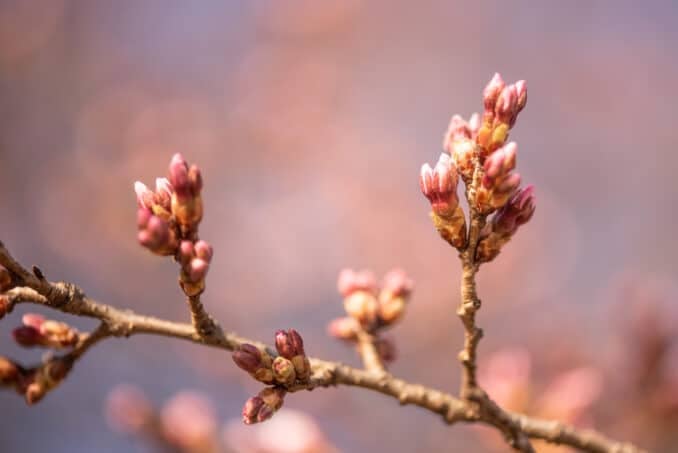 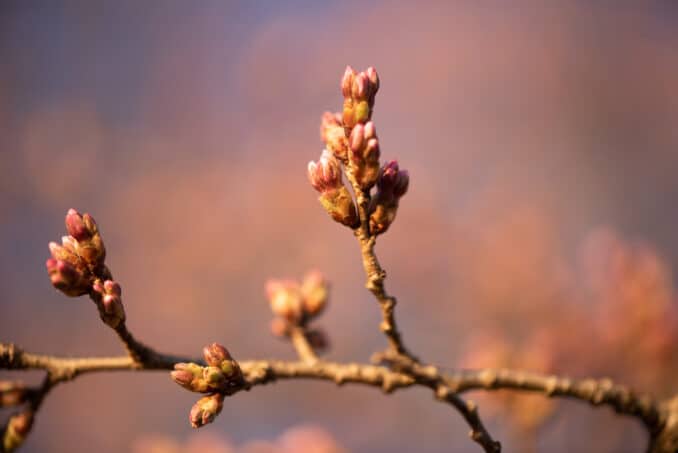 Ohio Drive has been switched to the special one-way traffic pattern. You can still get to Ohio Drive, but you’ll have to go around the other side of the Tidal Basin, past the paddle boats, and enter by the Jefferson Memorial.

If you’re coming in from the Arlington side of the Potomac, be aware Memorial Bridge is undergoing major structural repairs. It is still open, but there are temporary traffic lanes that can impact traffic flow and where you can turn once you get off the bridge. So using one of the other bridges might be a better bet.

No Drone Zone. If you’re planning to use a drone . . . don’t. The Tidal Basin, and the whole downtown DC area, is strictly a no-drone zone. Here’s a more detailed explanation.

Looking for travel stock photos or prints? I might be able to help. You can search my collection here:
If you already have a buyer account with Alamy and would prefer to use that, you can search my images directly here.
810shares