Well, that was quick! The National Park Service announced that the cherry blossoms had reached the “puffy white” stage on Saturday. On Sunday, they announced that they were at peak bloom. The very warm temperatures over the past week have rushed things, and the peak bloom has come a bit ahead of the forecasts. It’s right in line with the average over recent decades (the bloom has been inching earlier in recent decades compared with older records).

A fast-moving storm last evening was followed by a windy night. And it was still cool and breezy this morning. The wind hasn’t had much effect on the cherry blossoms–it’s knocked a few petals off, but not many, and the flowers are looking strong. The magnolias haven’t fared quite as well, but they’re still looking lovely.

So far, so good on access. The Tidal Basin has remained accessible to pedestrian traffic, and the National Park Service hasn’t had to close it off. But the fencing is still up, and they say they’re ready to do it if they need to.

Here are some photos of how it was looking early this morning. I didn’t have my regular camera with me today, so all of these were taken with my iPhone. And although the crowds were still light, I preferred not to hang about for too long. 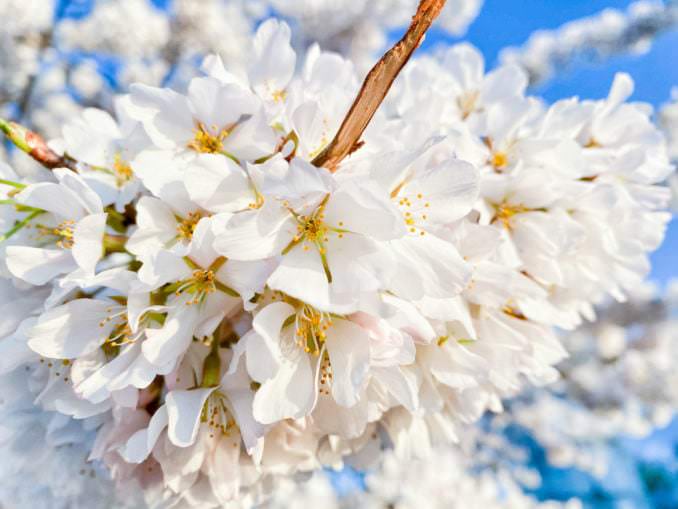 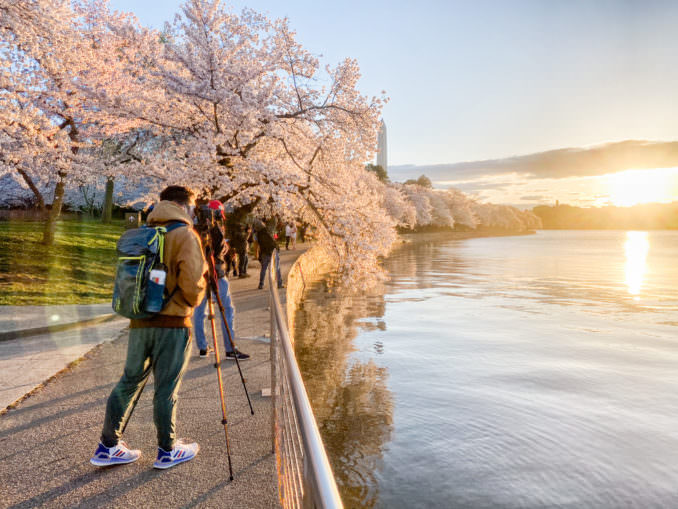 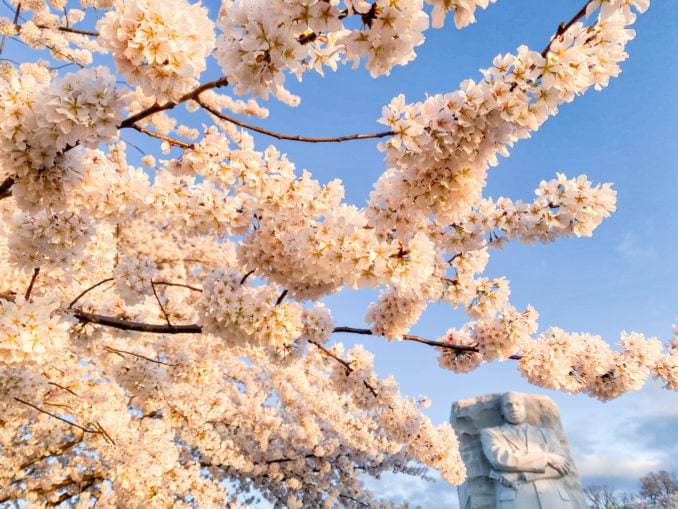 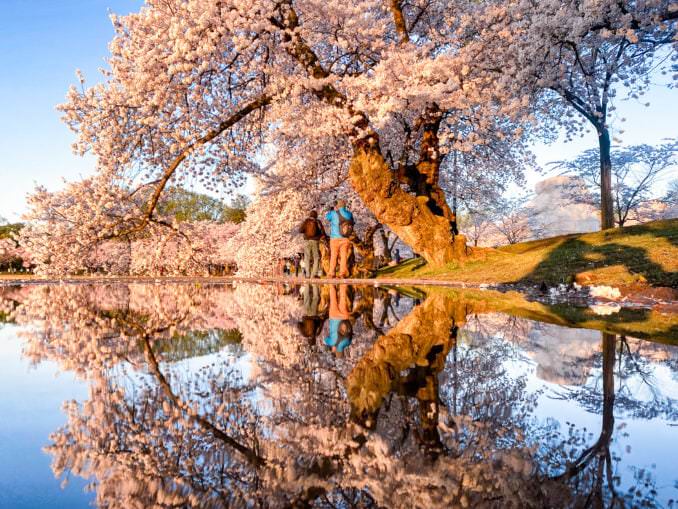 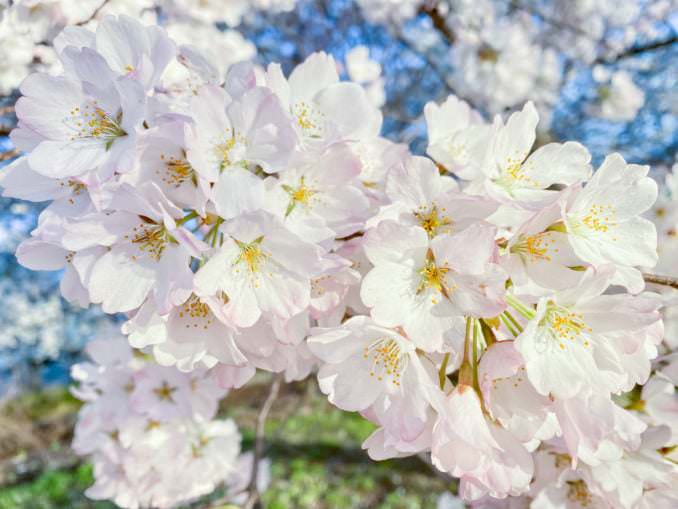 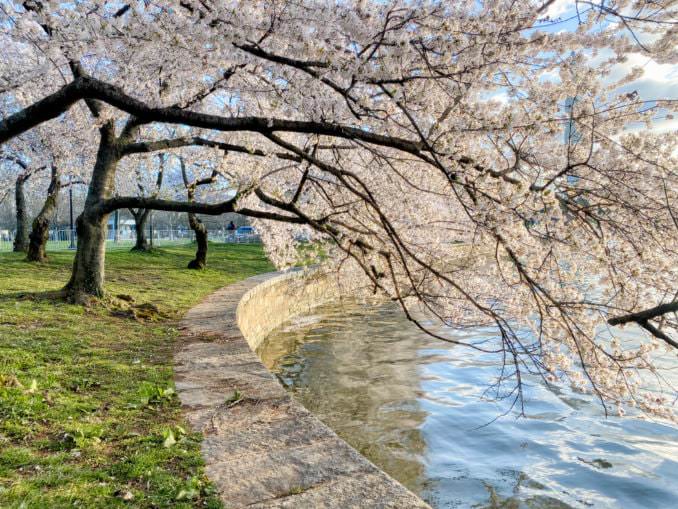 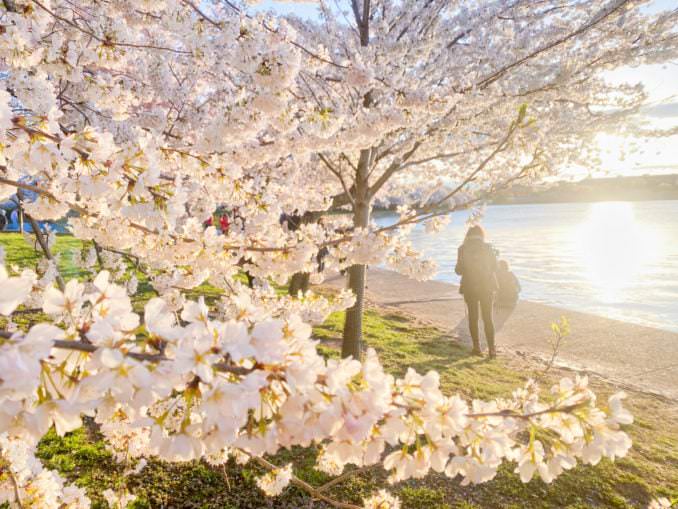 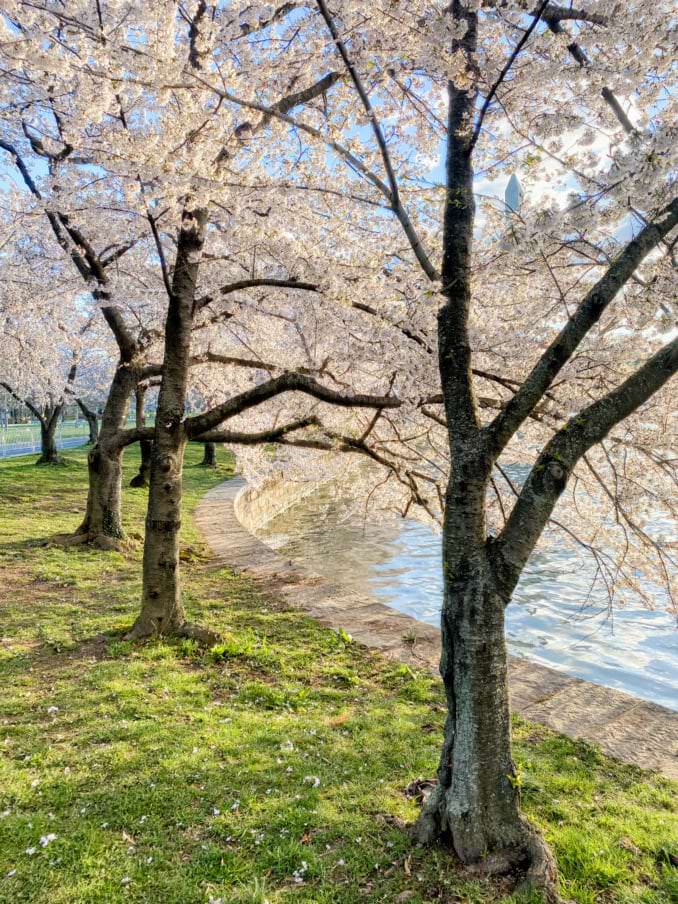 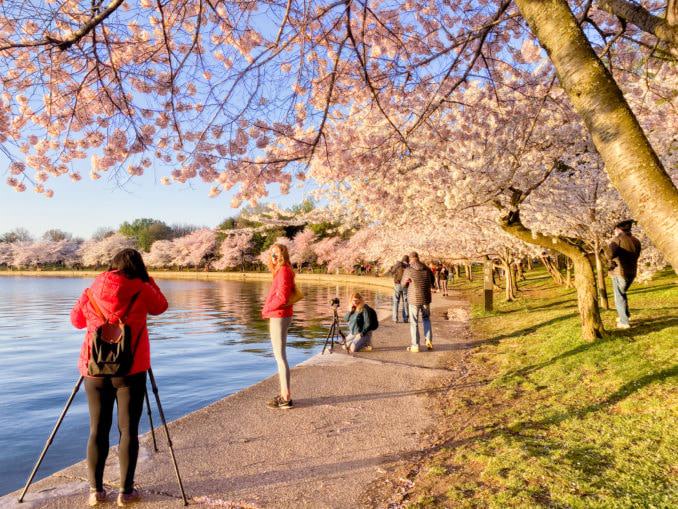 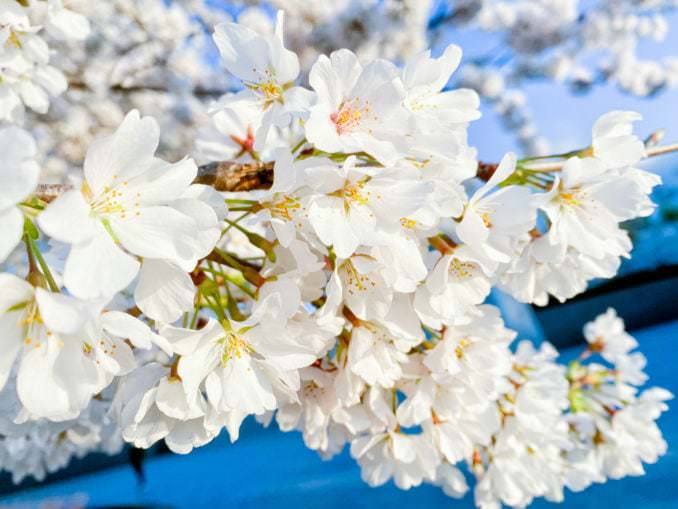 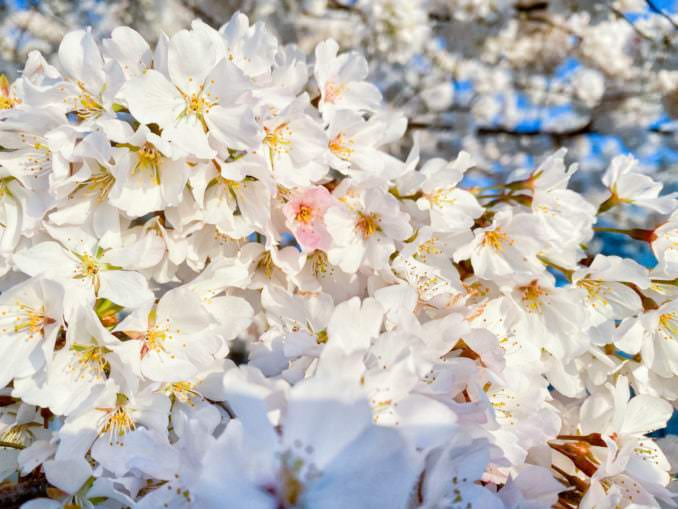 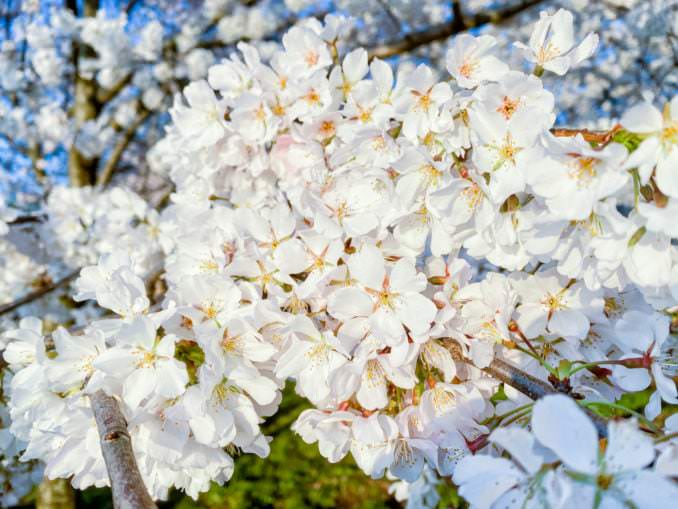 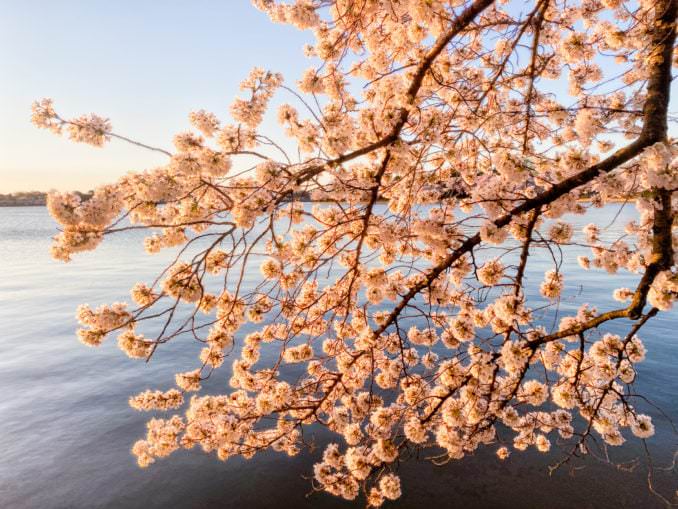 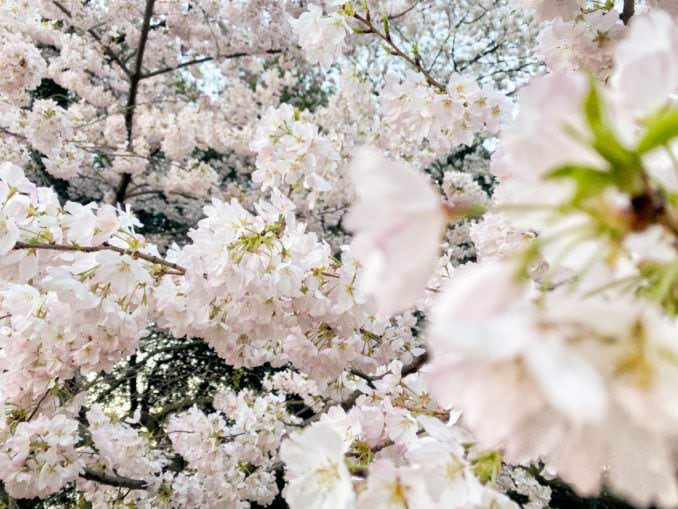 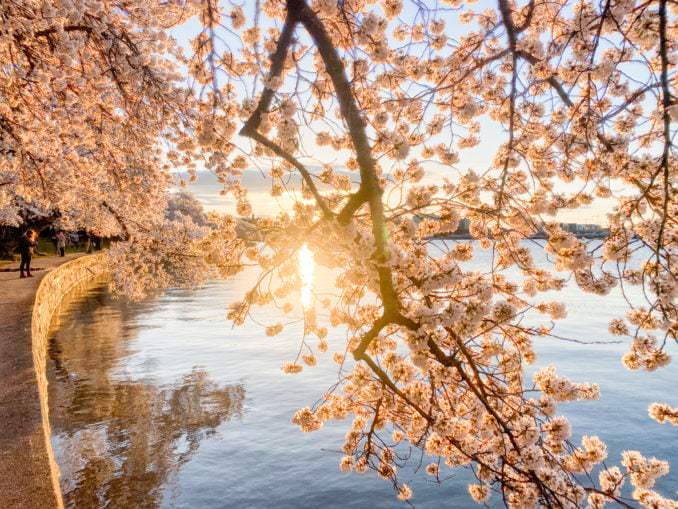 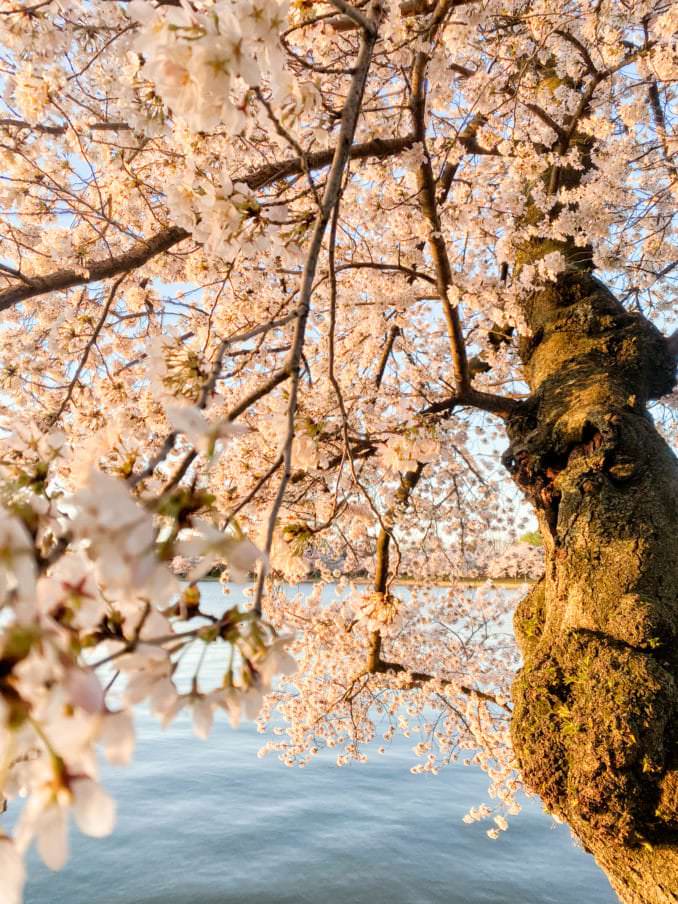 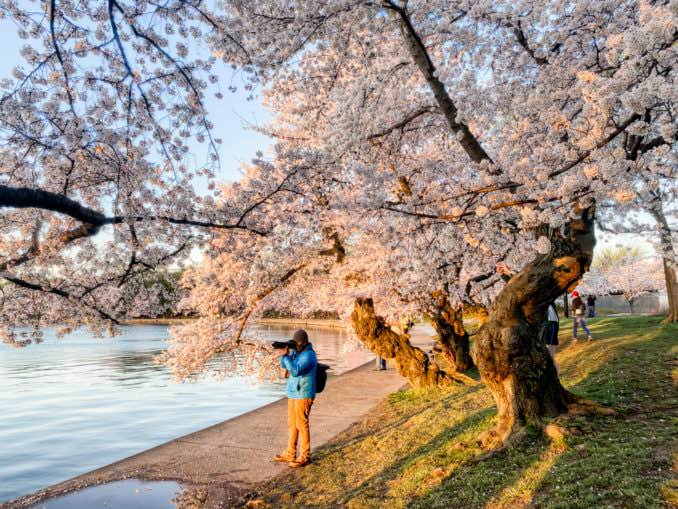 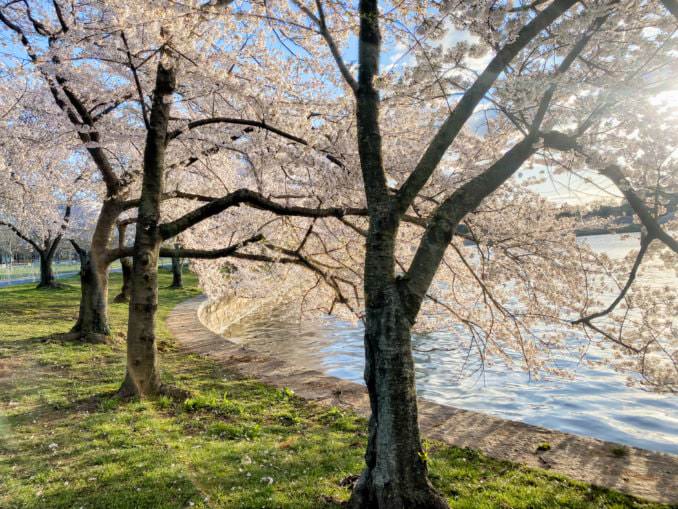 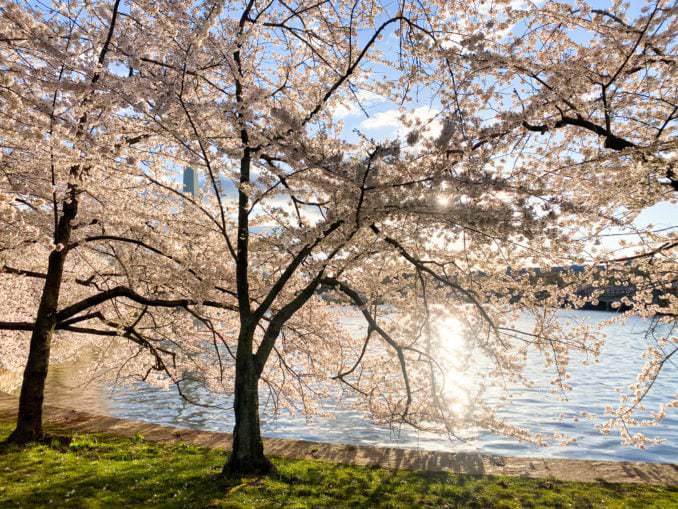 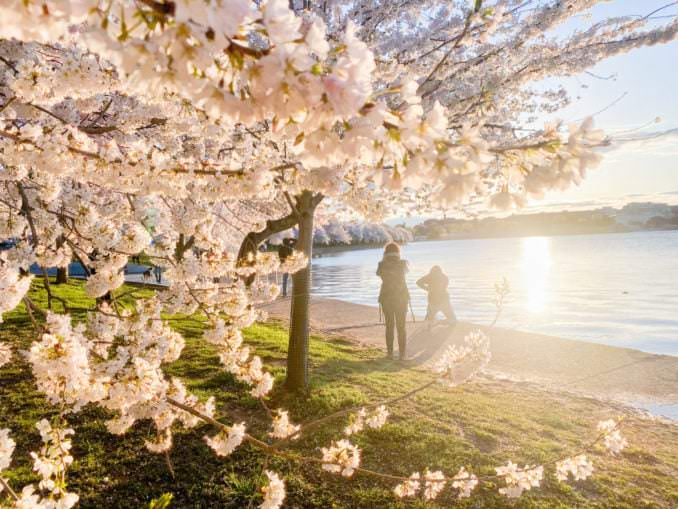 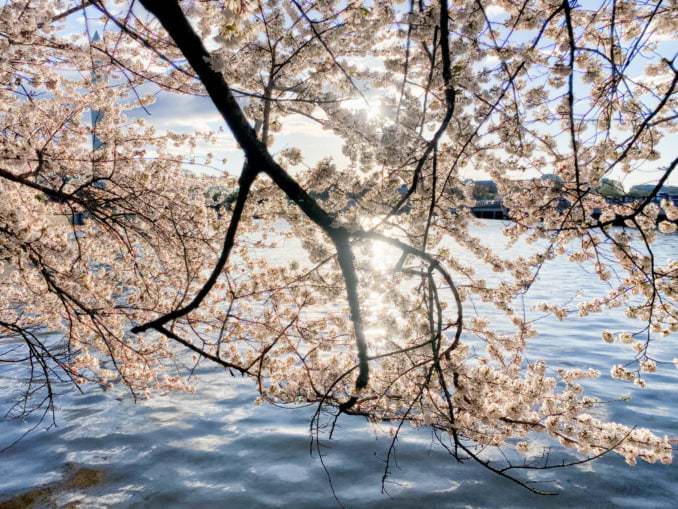 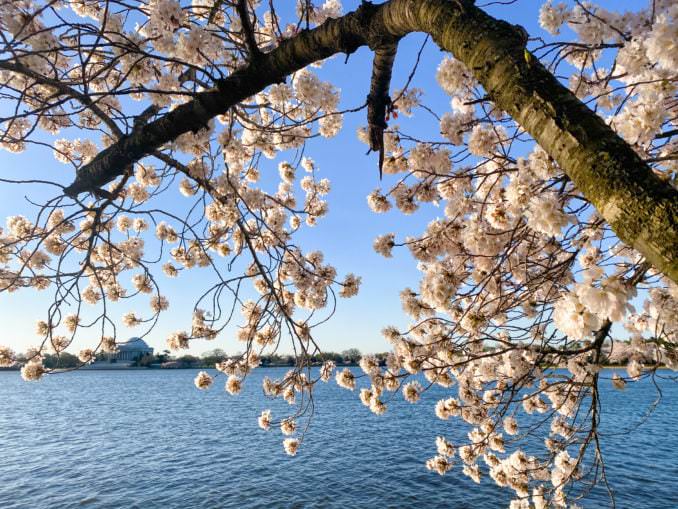 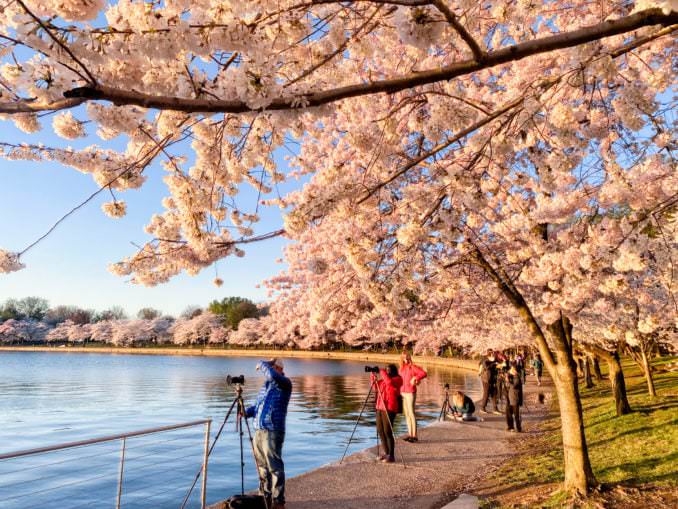