There’s noticeable progress in the cherry blossom buds, but the trees still have a way to go before flowering. 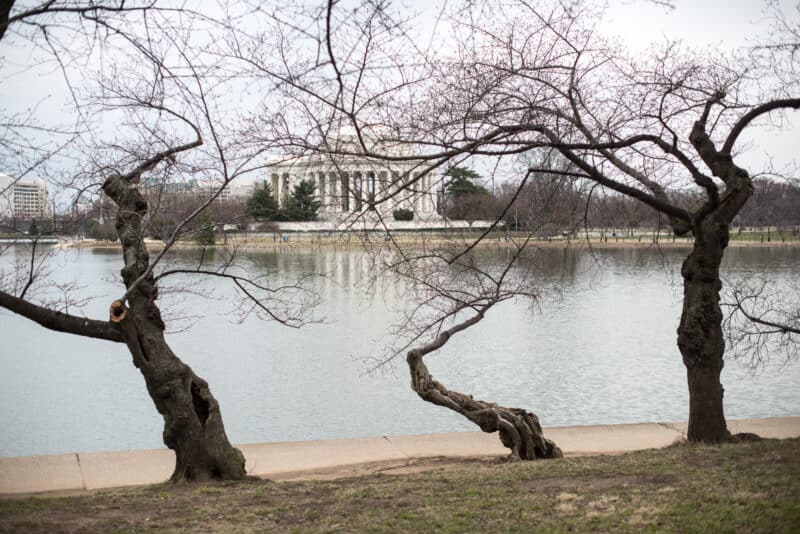 Despite the odd nice day recently, we've still mostly had lower-than-average temperatures. And that's slowing all the area's flowers down. I've come across some scattered clumps of daffodils out, but most of them haven't come out yet. With the chill in the air and the slalom courses around the potholes on the roads, spring has made a pretty unconvincing start so far.

Around the Tidal Basin, the cherry blossom buds are getting more pronounced but still have a way to go. There's noticeable progress since the last update, but it's still early in the process.

The parking lot on the eastern side of the Tidal Basin, off Maine Ave SW, is now closed for the cherry blossom festival. A few tents have been set up, but nothing is open yet except for the National Park Service concession kiosk. The paddle boats are open for business, but customers aren't exactly lining up to take them out while there's still a chill in the air.

The fountain in the World War Two Memorial is back in action, but the Reflecting Pool is still drained. I asked several NPS rangers if they knew when it would be refilled and none could give me an answer. So far as I can work out, it depends on progress on some repair work that's going on.

If you're looking for an early preview of flowers, there's a small cluster of trees starting to bloom across the street from the Tidal Basin, next to the World War One Memorial. Details are below.

In another illustration of how much it varies from year to year, on this day in 2012, the show was pretty much over already.

There haven't been any changes to the peak bloom forecasts. You can always find the latest peak bloom predictions on the forecasts page. 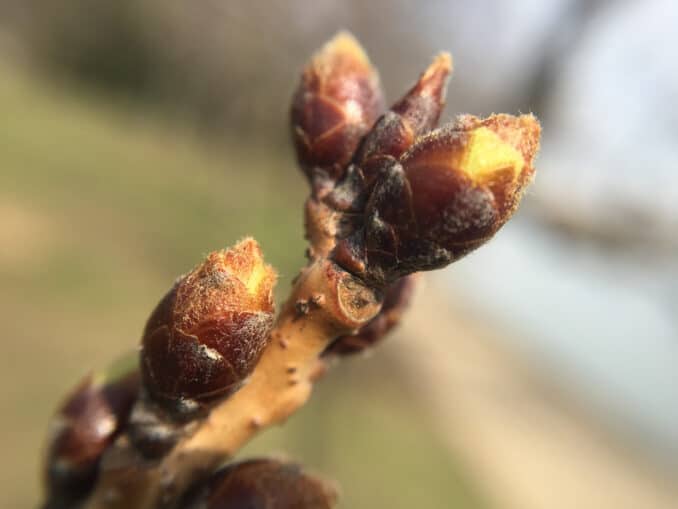 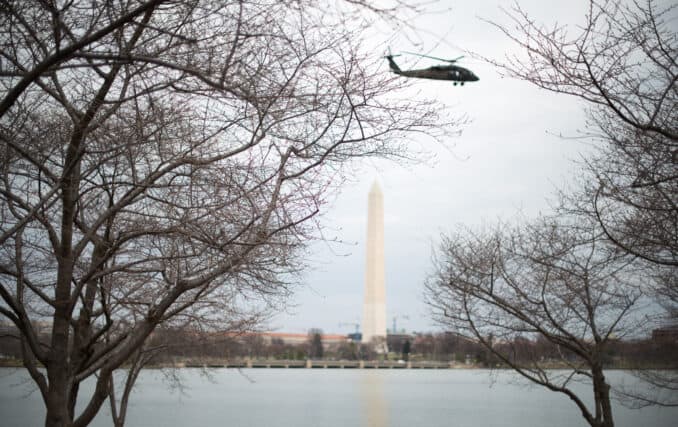 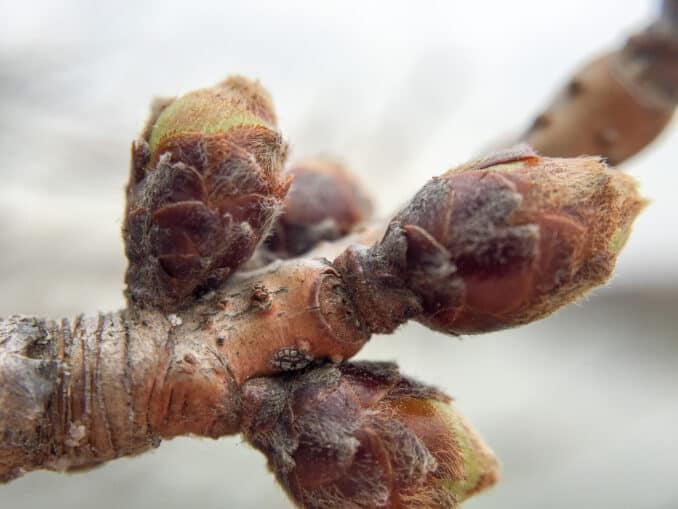 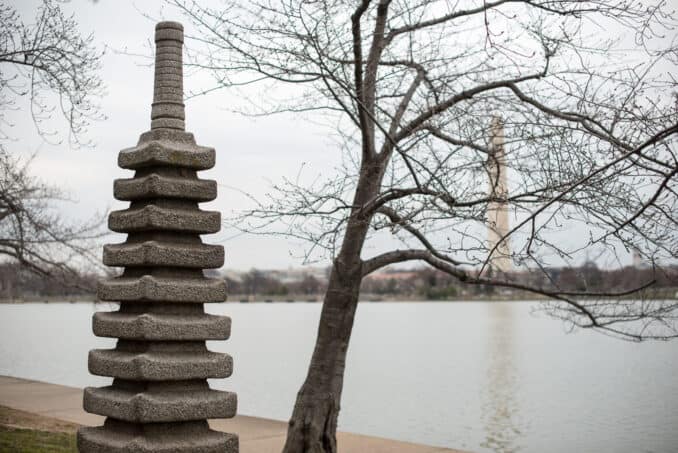 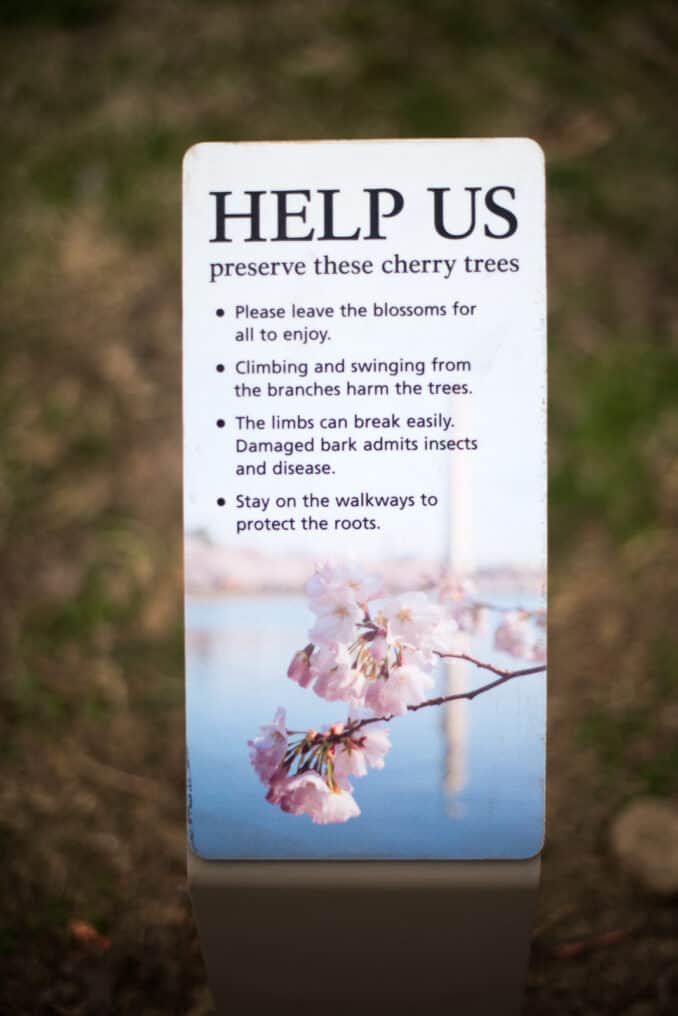 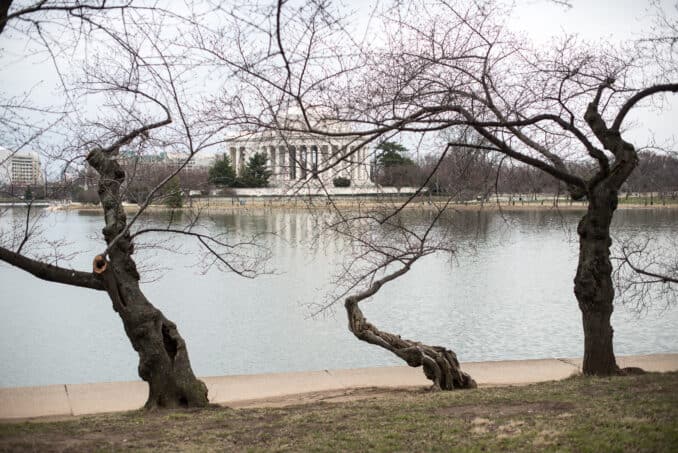 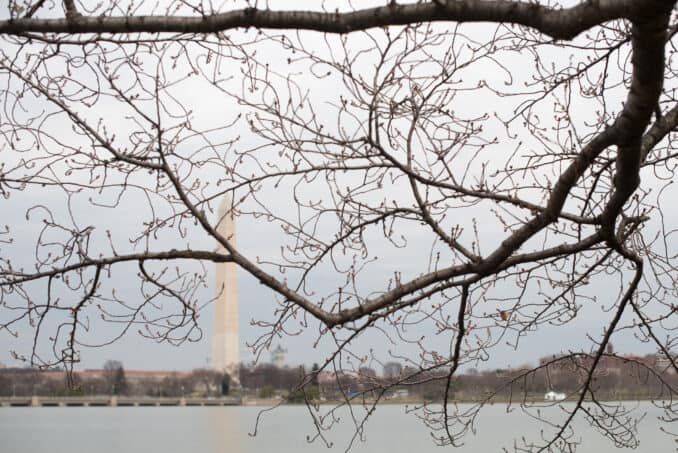 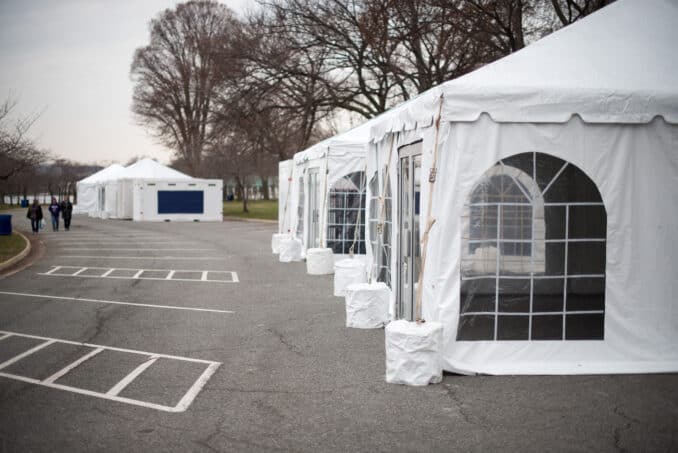 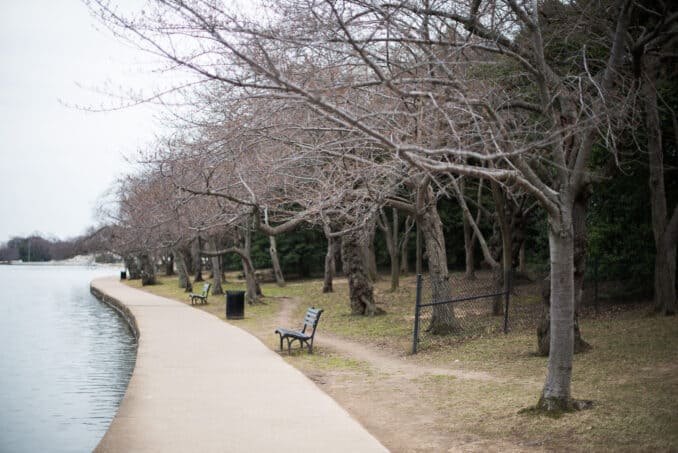 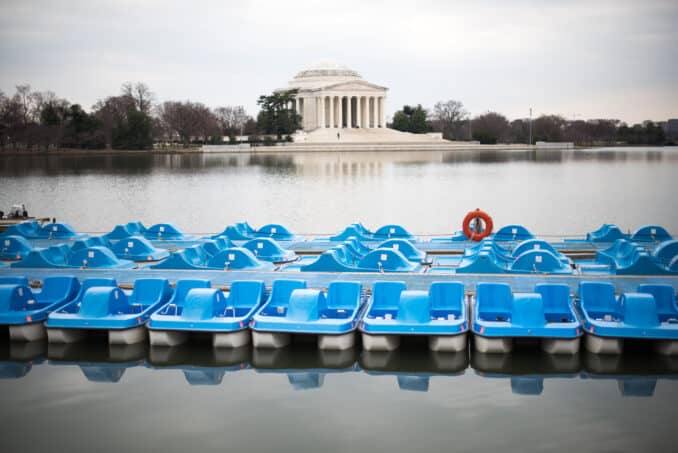 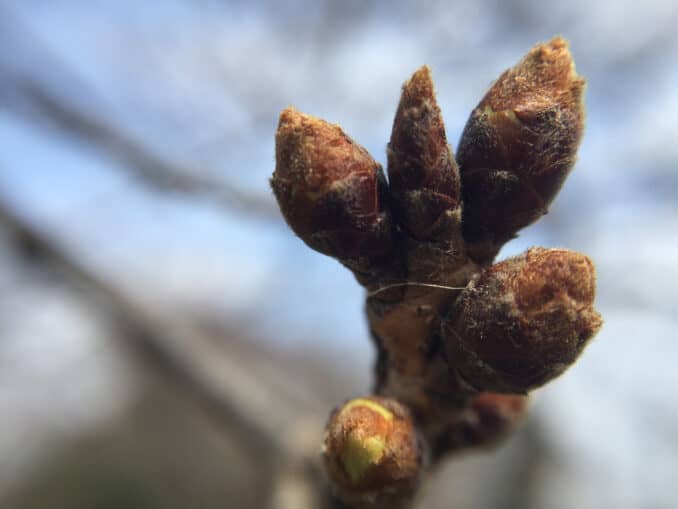 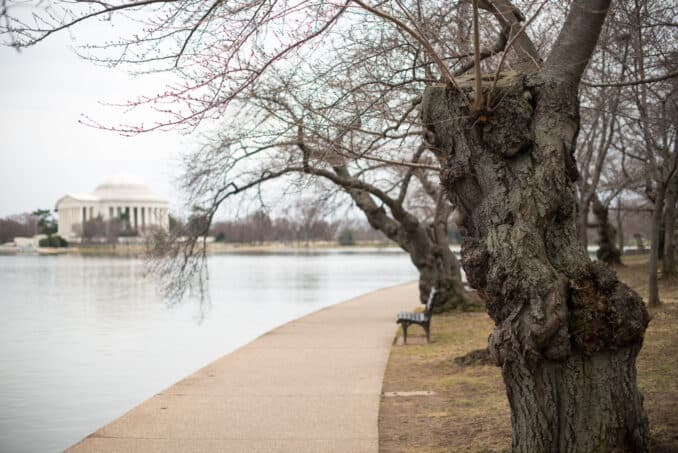 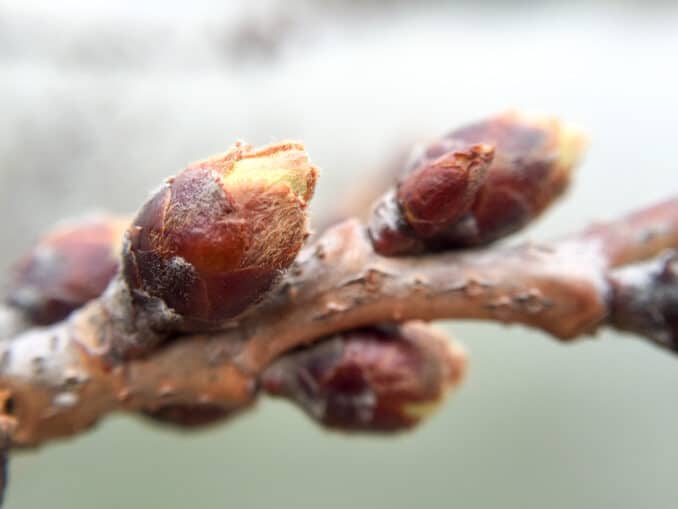 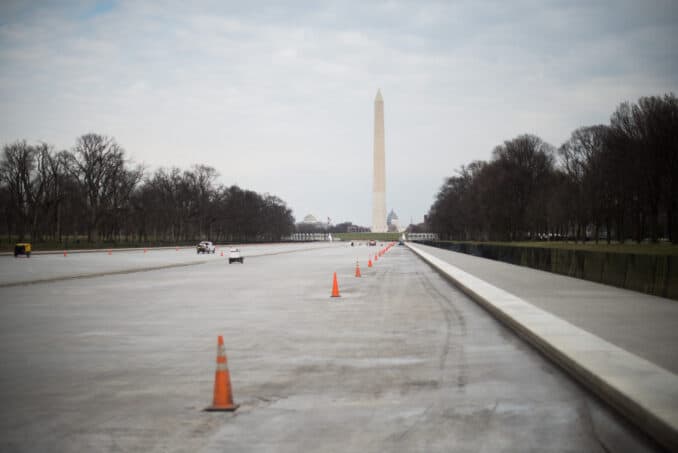 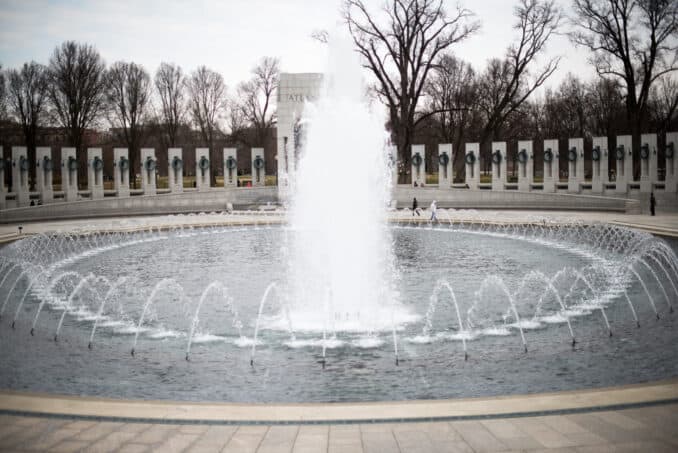 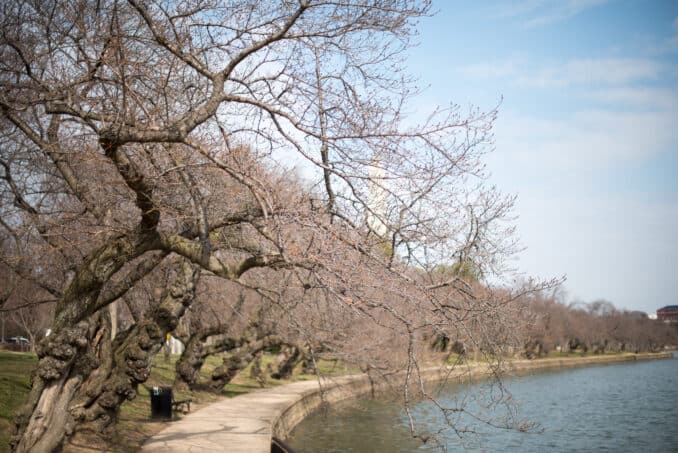 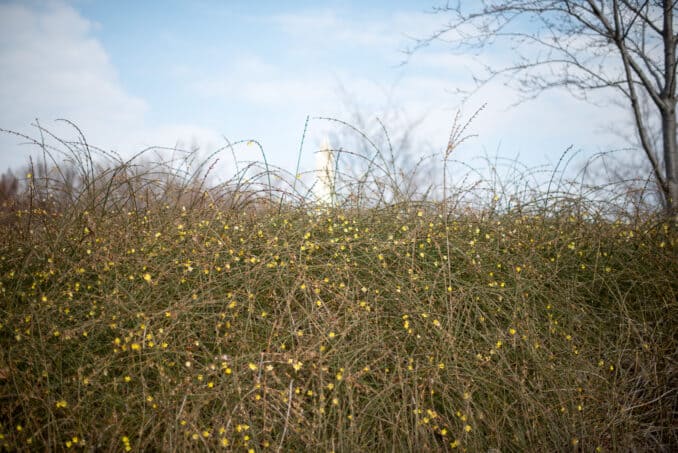 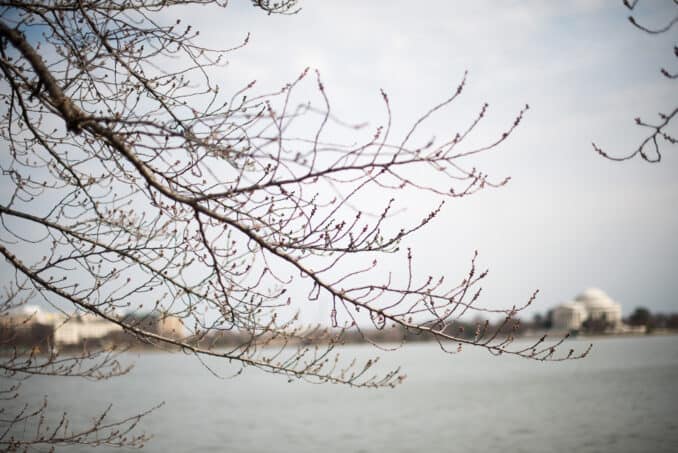 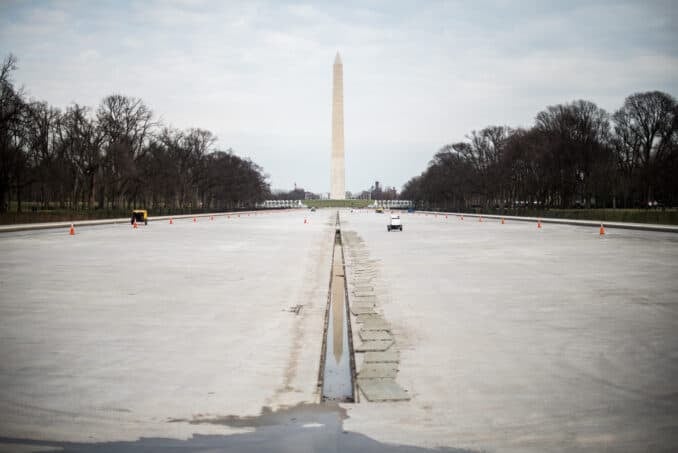 There is one small group of trees flowering with white and pink blossoms just back from the Tidal Basin, over next to the World War One Memorial. There are lots of different varieties of flowering cherry and fruit trees in the area, and I'm not sure what varieties these are. Perhaps some of the flower experts reading this might be able to identify them from the photos and let us know in the comments.

And before you get worried that the main event has started, these 4 or 5 trees are very much outliers. Most of the trees have quite a way to go before they start flowering.

If you want to find these for yourself, head to the MLK Memorial. Cross the street at the lights towards the DC World War One Memorial. Once on the other side of the street, they're at about 45 degrees to your right, about 50 yards in (map below). 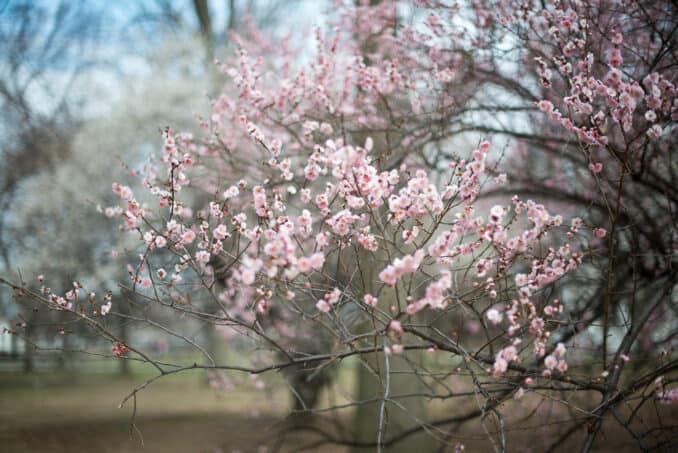 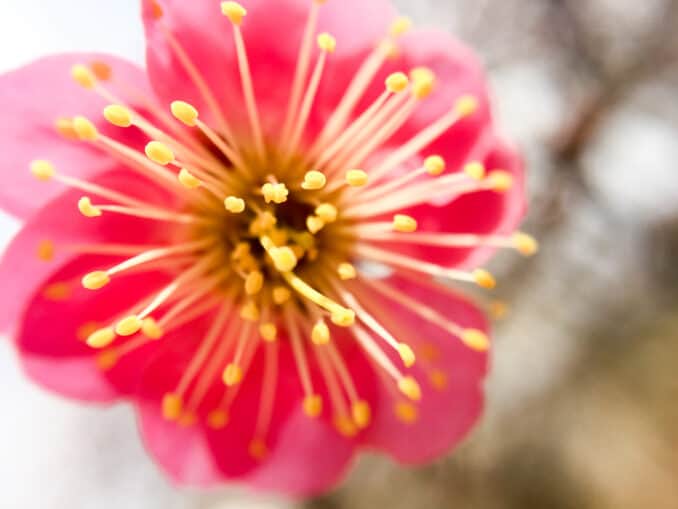 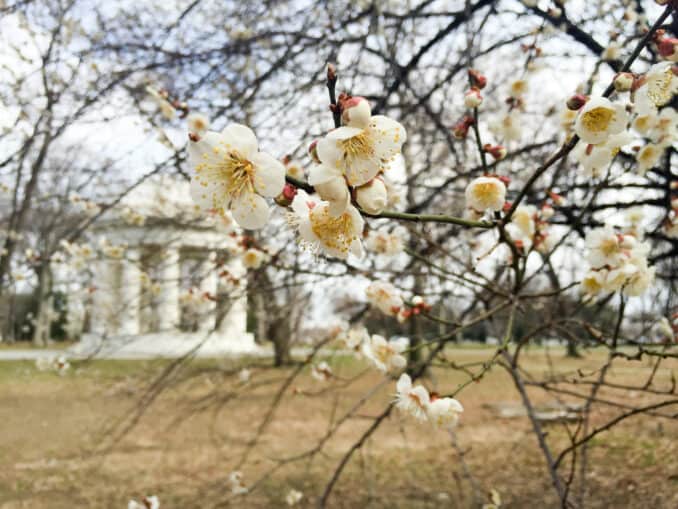 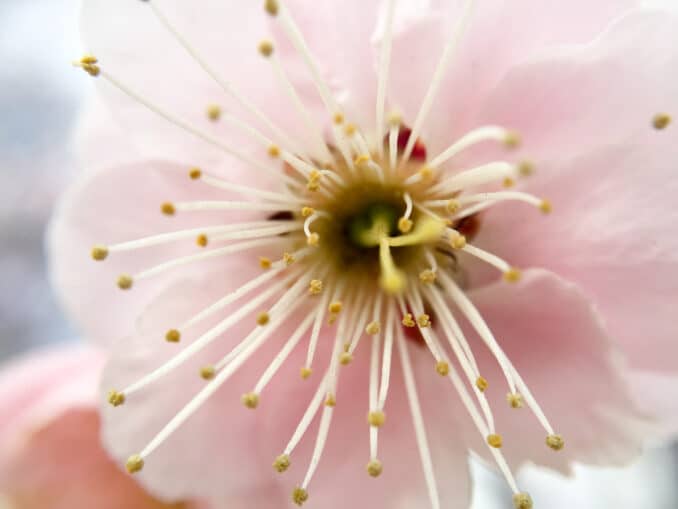 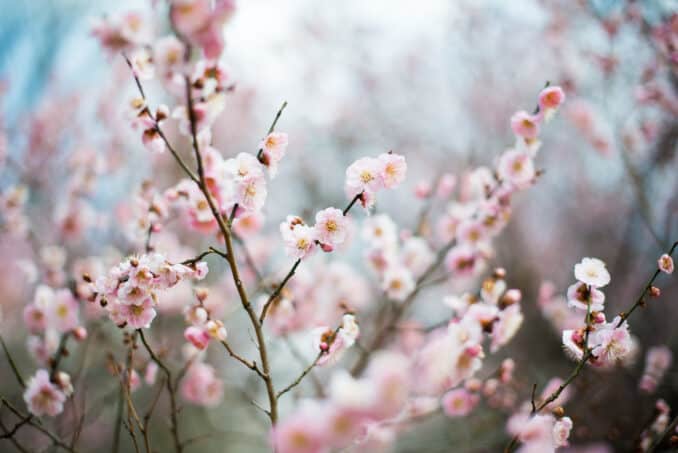 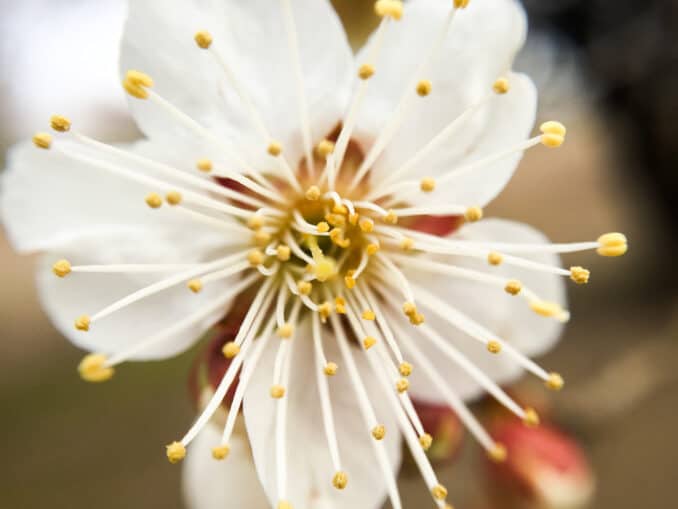 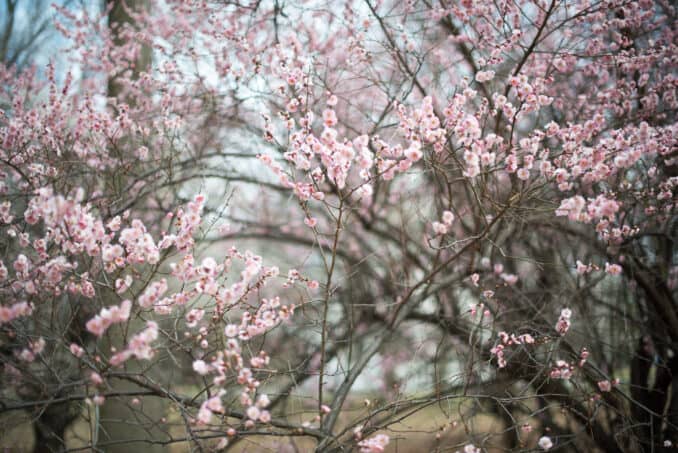 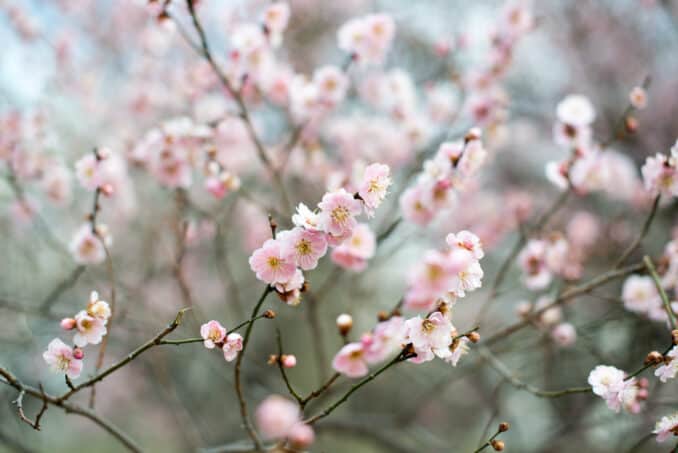 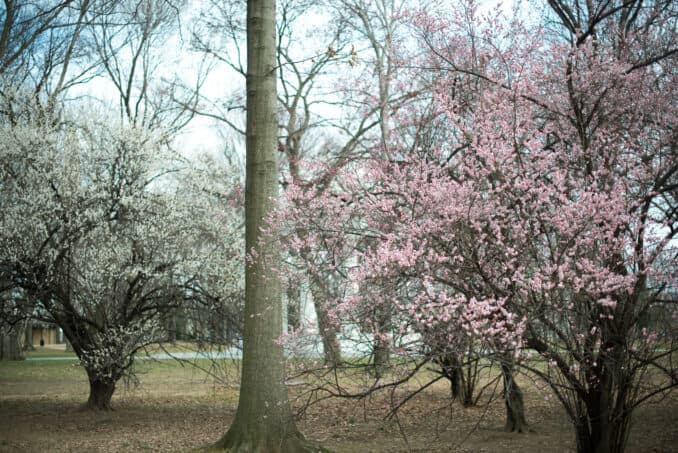 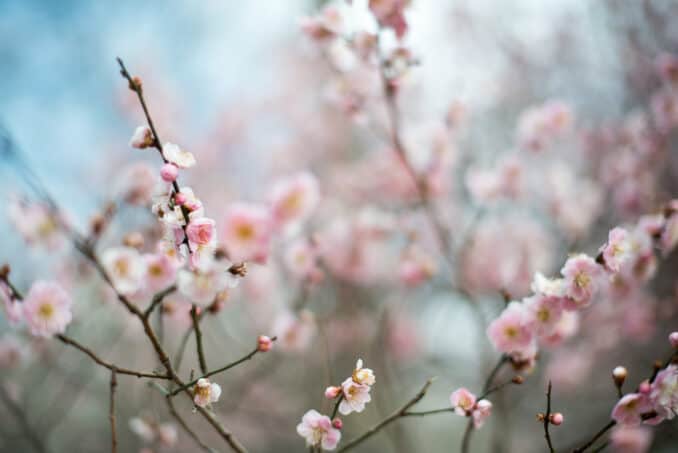 Here's a map showing where they are: