It’s a sunny but cold and windy morning on the Tidal Basin. I’ve also included some photos of how the so-called indicator tree is progressing. 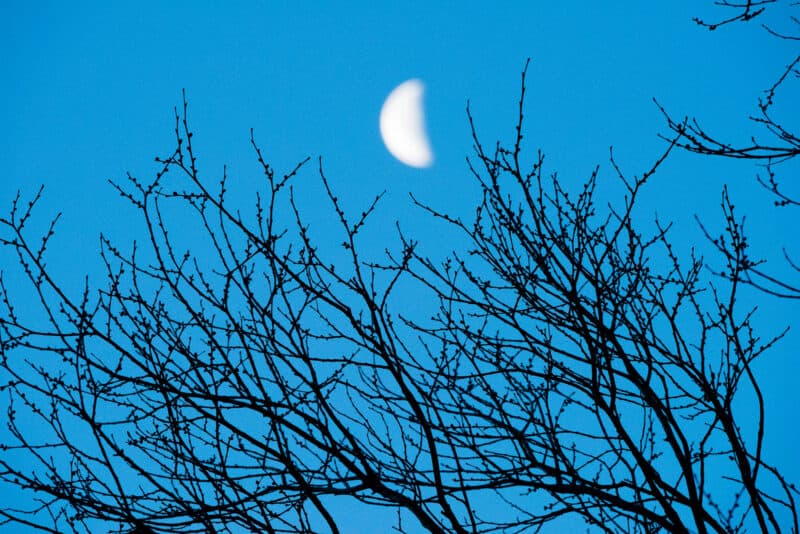 UPDATE: The NPS has now issued its prediction that peak bloom will fall during the period March 31 to April 3. More information here.

The main news today is that at a press conference later this morning the experts at the National Park Service will issue their first peak bloom prediction for the 2016 season. I'll of course provide an update as soon as it's issued, and as always you can find the latest information on the 2016 peak bloom predictions page.

The Tidal Basin isn't the most pleasant place to be this morning. Yes, there's sun, but there's also a very strong and cold wind blowing. It's not too bad on the northern side that's fairly protected, but once you get over to the southern side around the Jefferson Memorial you get blasted. It's whipping up white caps on the Tidal Basin and sending cold spray over the retaining walls.

It's a bit of a change from the past several days of warm, spring-like weather. I've even come across some scattered daffodils and fruit blossoms starting to bloom (although most of them haven't yet).

This morning I went around to the south side of the Tidal Basin to get some shots from the indicator tree, which are below. It's not the easiest tree to get close-up shots of at the best of times because most of its branches are high up, but this morning it was especially tricky with the strong winds blowing the branches around. But as you can see, at this stage there's not much visual difference between its buds and the ones on the other trees. I'll take some more photos of it over coming weeks, and we'll start to see it move through the next development stages ahead of the others.

And see below for the current status of the Lincoln Memorial Reflecting Pool, FDR Memorial water features, and fountains of the National World War II Memorial.

Here's how we're tracking so far for monthly average temperatures. February ended up just a shade over the historical average.

Here are some photos taken this morning. To see how they compare with this time last year, here are the shots from March 3, 2015. 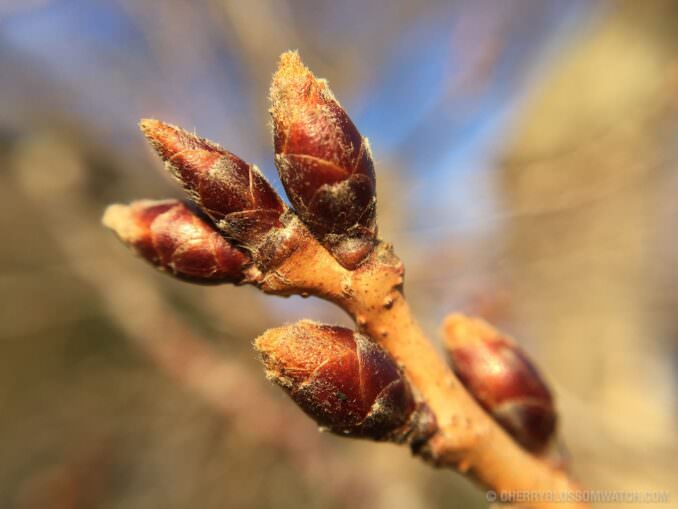 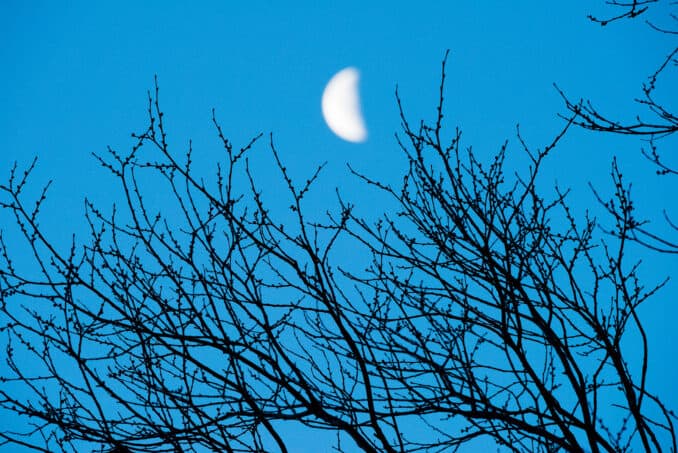 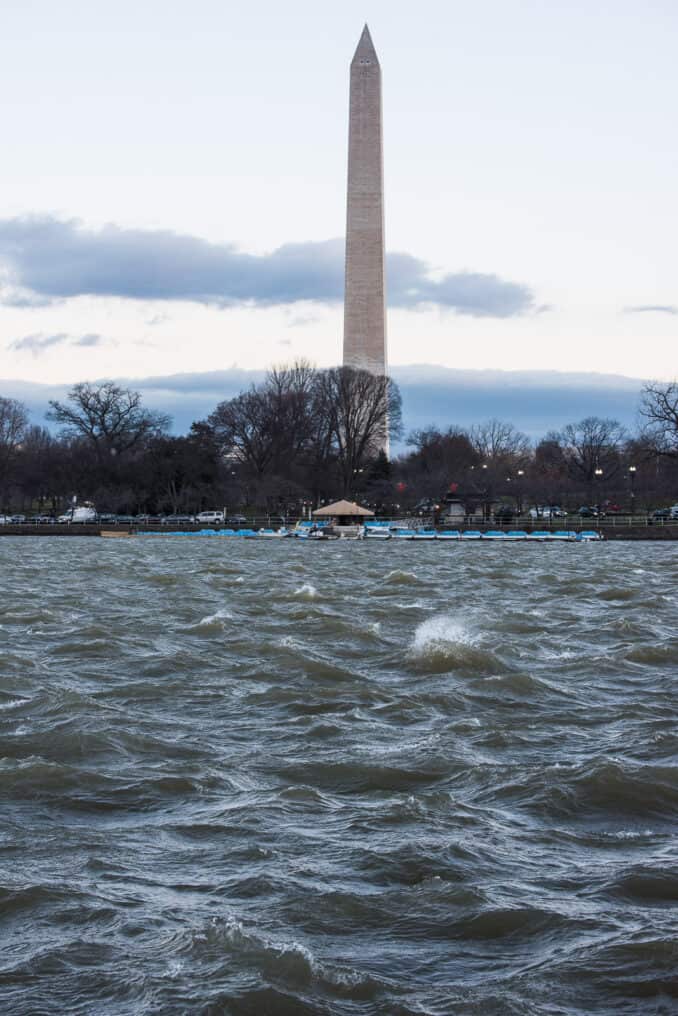 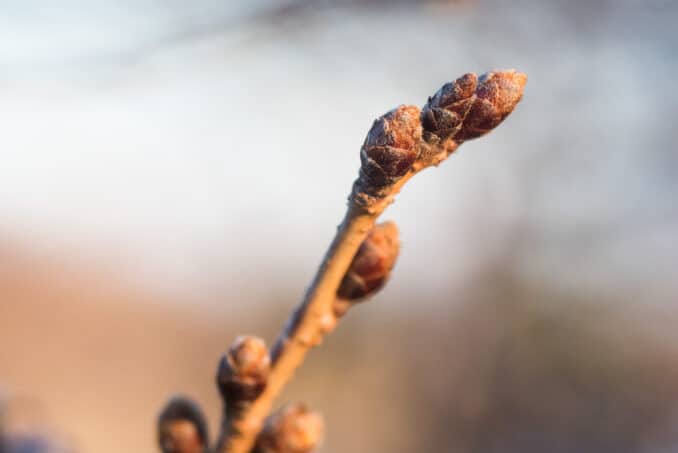 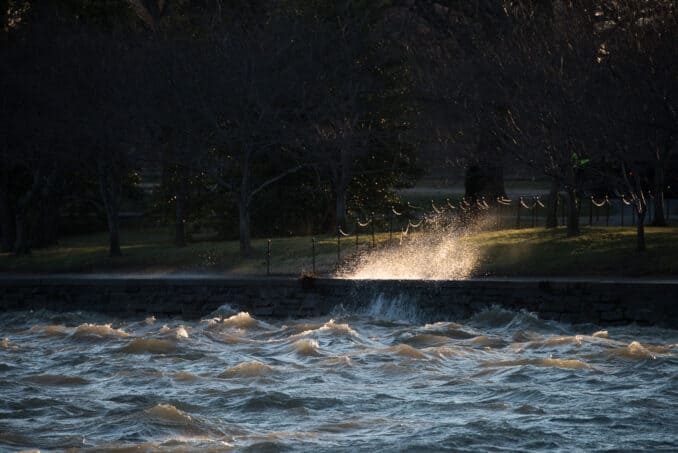 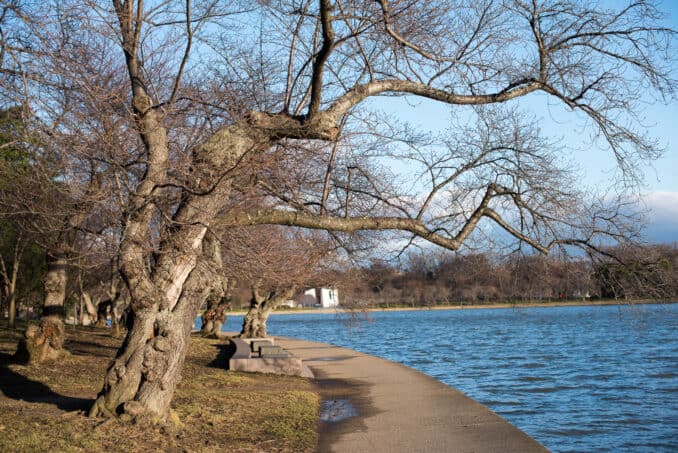 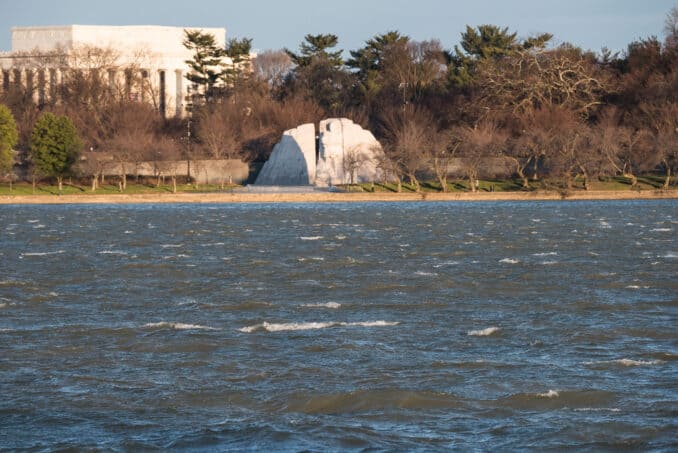 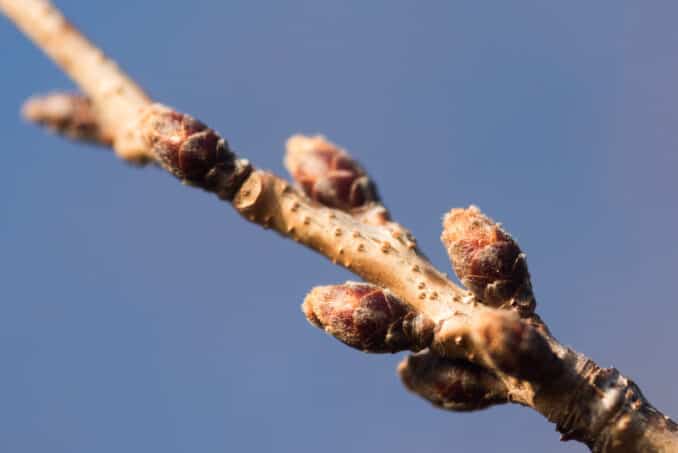 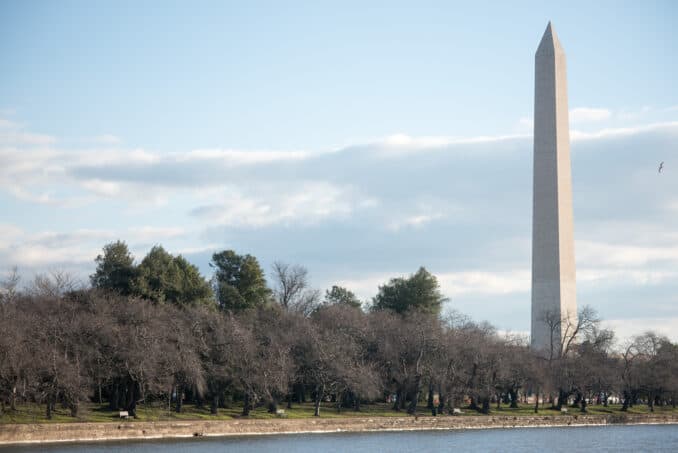 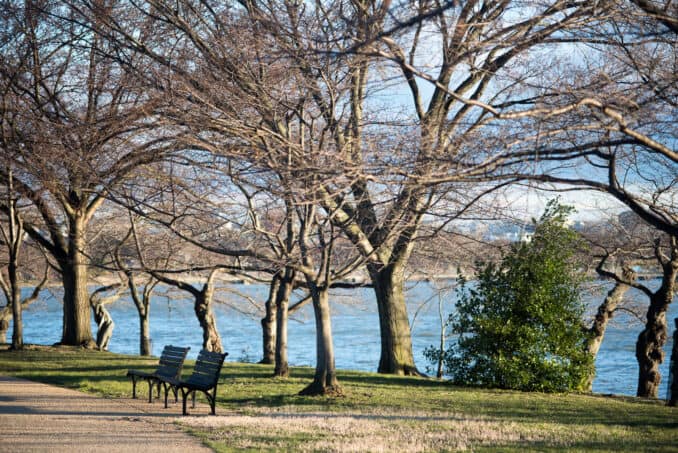 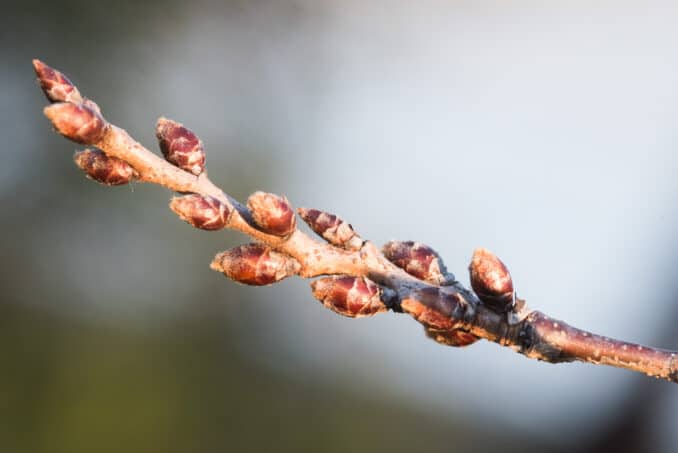 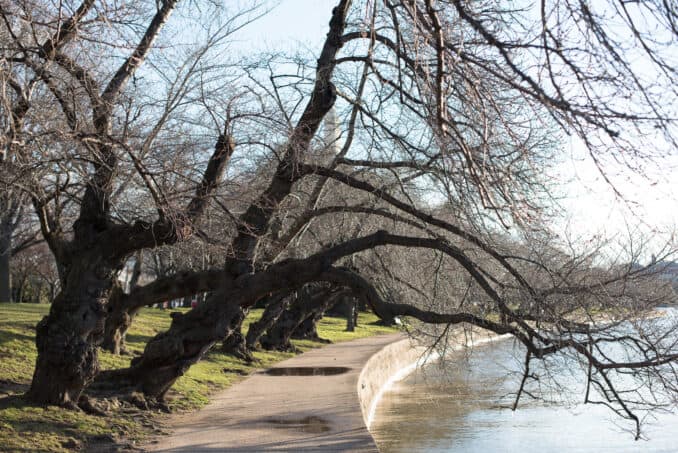 Here are some shots of the so-called indicator tree, a single tree that is consistently ahead of the others. You can find out more about it here. 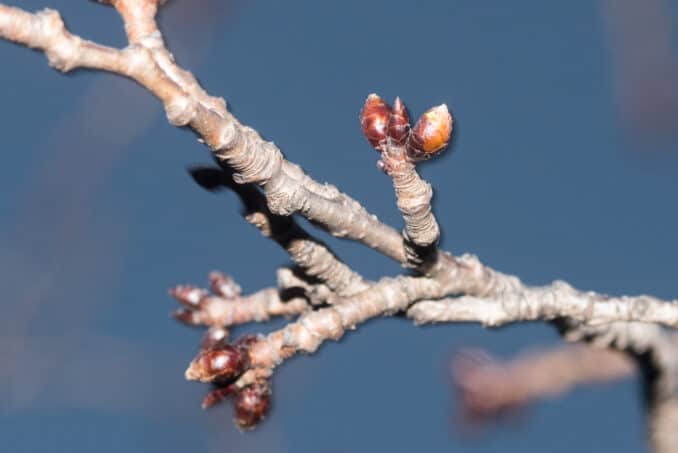 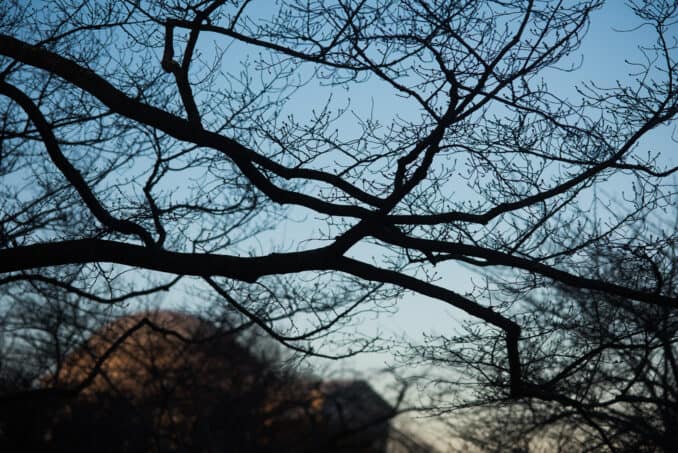 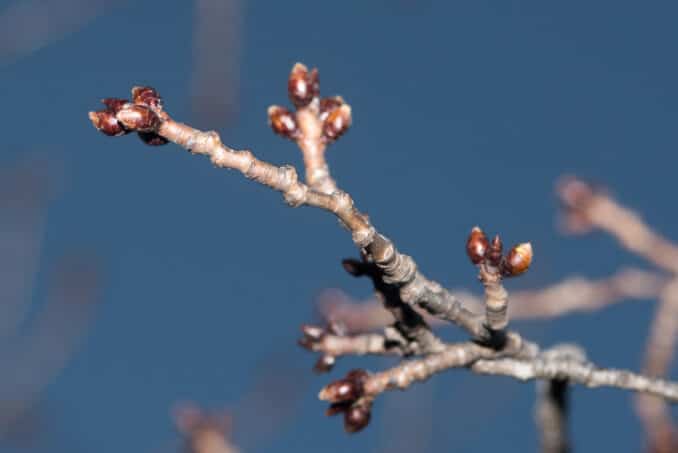 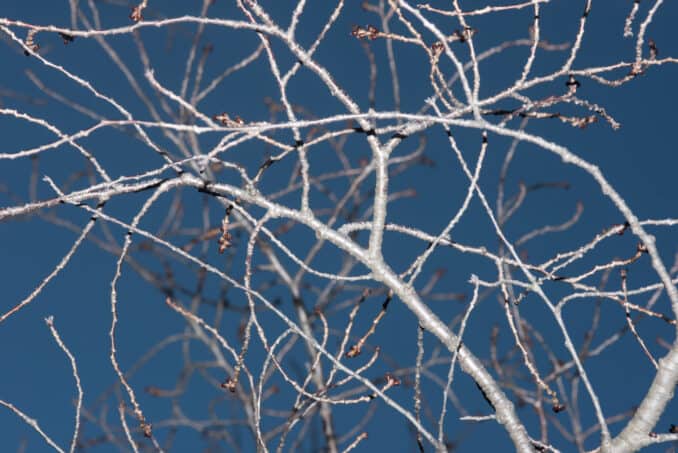 As usual since the upgrades a few years ago, the Reflecting Pool is drained for the winter. They're doing some construction work repairs on it on the eastern end.

So if you're looking to take some nice reflection photos with the Lincoln Memorial or Washington Monument, you're unfortunately out of luck.

So far as I know there's no fixed–or at least publicly broadcast–date when it will be refilled. I'll check on it from time to time and include any changes in future updates as necessary. 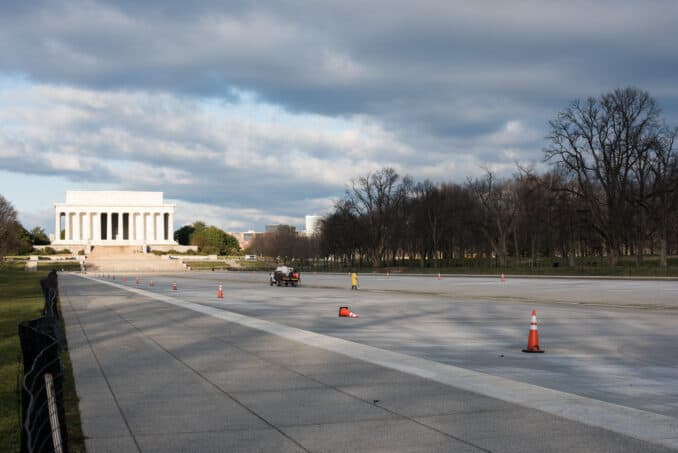 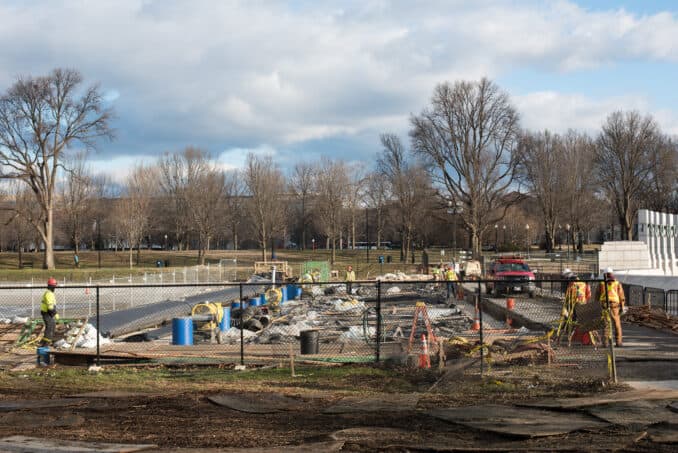 They're all still drained. 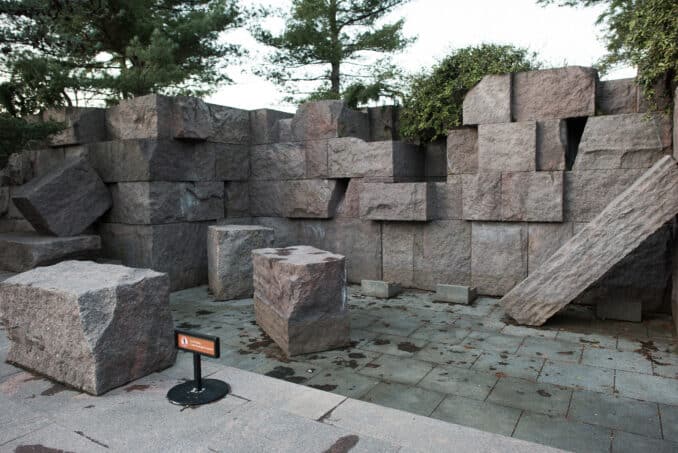 They too are still drained. 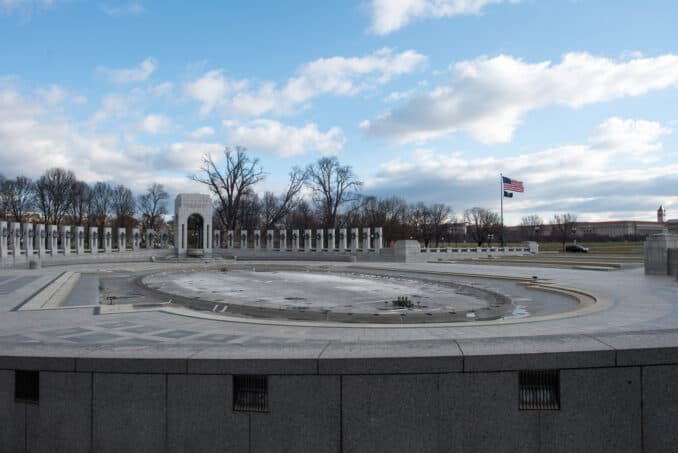 And in case it feels like spring is still a long way off, I took these photos in Arlington yesterday. 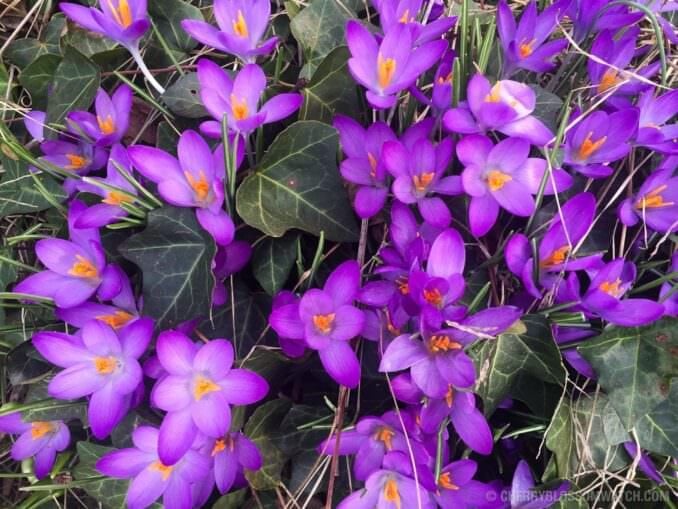 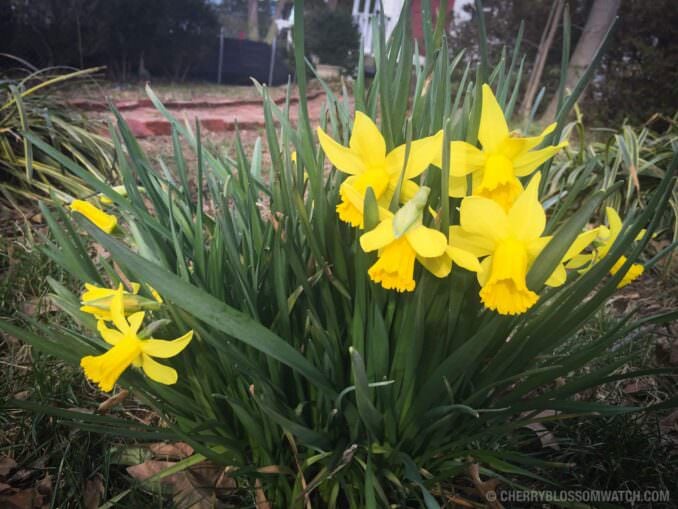