We have the first signs of green tips coming through as the buds get more pronounced. From a distance, there’s the first hint of the reddish brown tint the trees will get as the buds change color and get larger. 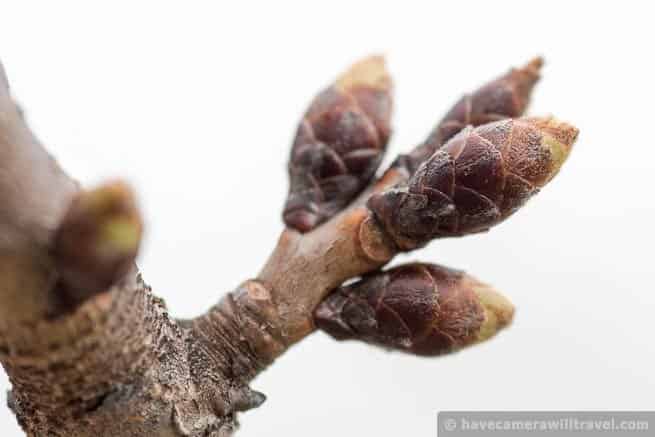 The winter that just won't end brought another decent-sized snowstorm on Monday, dumping up to about 8 inches on the area (a bit less around the Tidal Basin). A warm afternoon yesterday has melted quite a lot of the snow, but it's now drizzly and still quite cool. There's even talk of perhaps another cold storm next week. You'd never know it from our weather here, but most of the planet has had its warmest January and February in decades.

On the trees, we have the first signs of green tips coming through. From a distance, there's the first hint of the reddish brown tint the trees will get as the buds change color and get larger.

We've had a few nice days here and there to tempt us for spring, and here and there around town the first daffodils are starting to appear, but overall temperatures still remain below average. That cold weather is delaying the peak bloom to later than average. By this time last year we had some of the first flowering trees near the Tidal Basin starting to bloom. But we're still waiting on them this year.

For a direct comparison with last year, take a look at the photos from March 19, 2013. As you can see in the shots, we're a bit behind where we were this time last year. 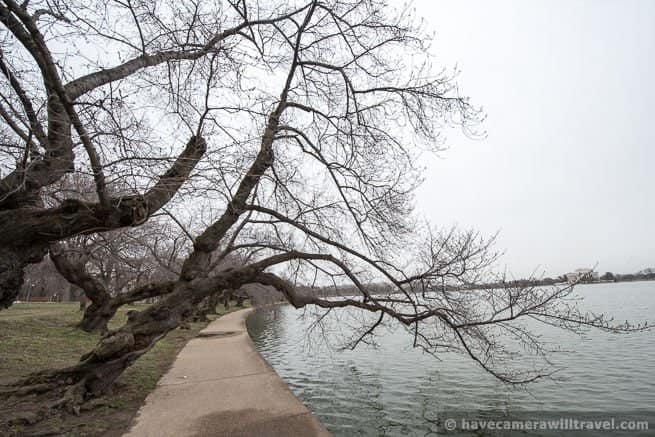 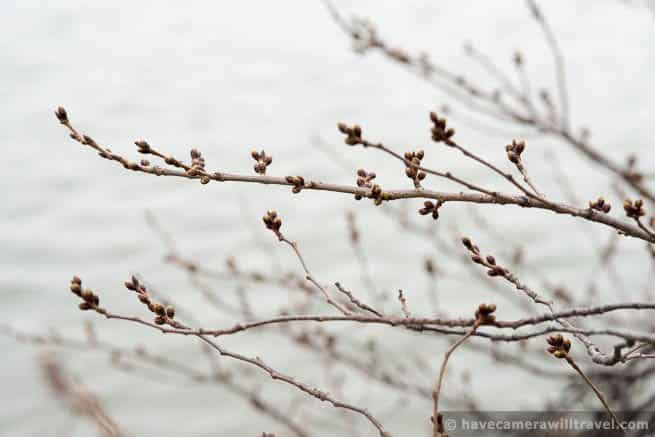 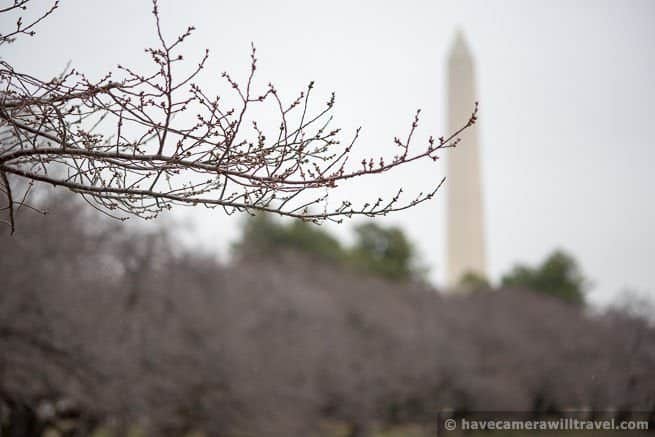 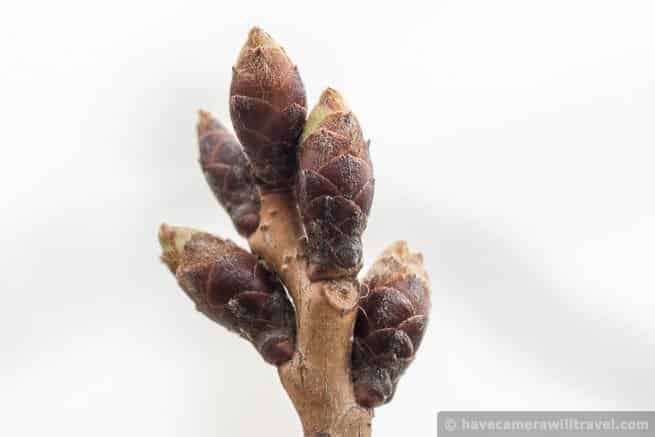 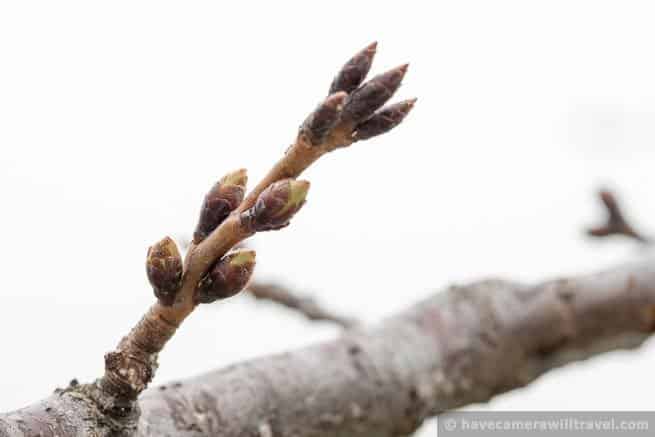 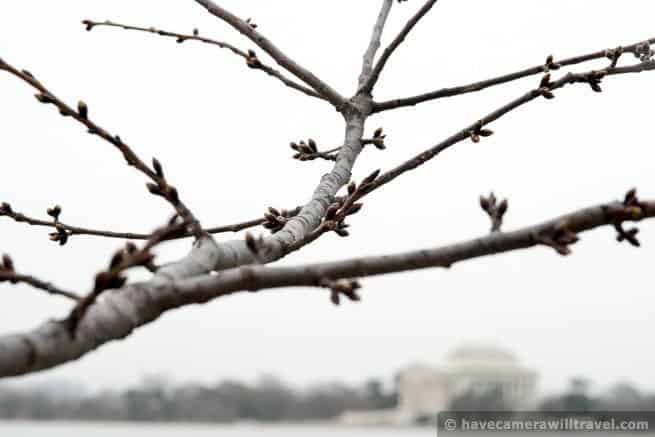 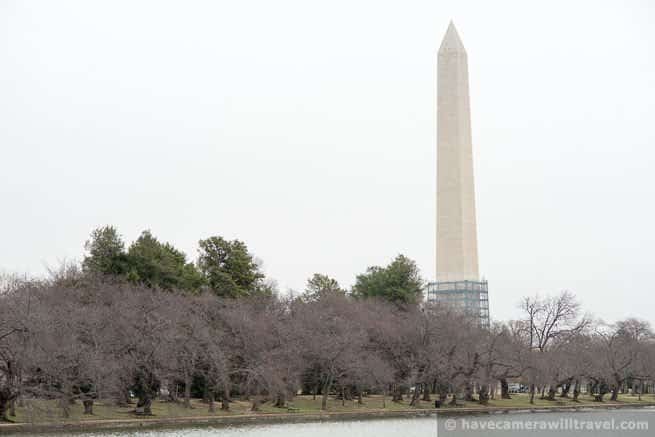 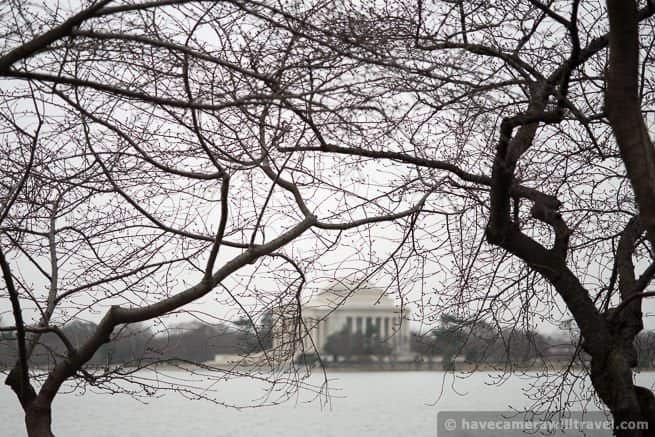