The folks over at the National Park Service have revised their official forecast. They now say peak bloom should come between April 3 and April 6. Their original forecast, issued at the beginning of the month, was for March 26 to March 30. But colder weather has arrived.

It hasn’t felt much like spring around here the past few days. As predicted, it’s been dreary and cold, with rain, sleet, and even some snow. And we’re not out of the woods yet: it’s going to be a cool, windy week, with some local forecasts even predicting the potential for a few snow flurries before the week is out.

The cherry trees, which have been a brackish gray all winter, are now starting to show a hint of color. This isn’t the flowers just yet–it’s the contrast between the green and brown of the florets, which gives the trees a faint orange-brown tint. The florets are now clearly visible, and the NPS aborists decided that they’d reached the stage of 70 percent of the florets visible two days ago, on March 17. We still have several stages to go before we get to peak bloom. The next stage to look for will be the extension of the florets, which averages 12-17 days before peak bloom.

Around the Tidal Basin, the parking lot on the northeast corner (Maine Ave SW) is now closed in preparation for the crowds, and marquee tents, porta-johns, and picnic tables are being set up in it. The NPS arborists are out and about doing some light trimming here and there. They must be doing something right–some of these trees are now over a century old. 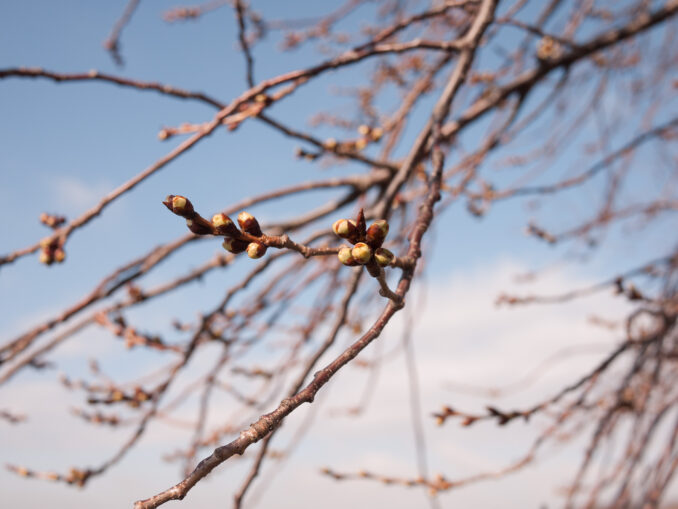 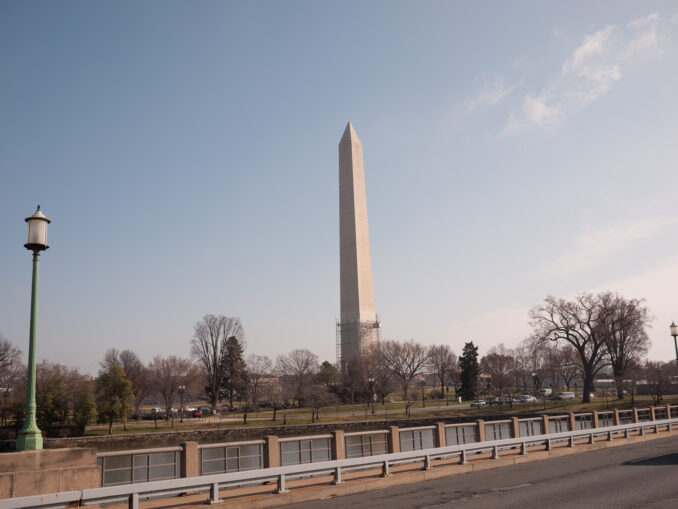 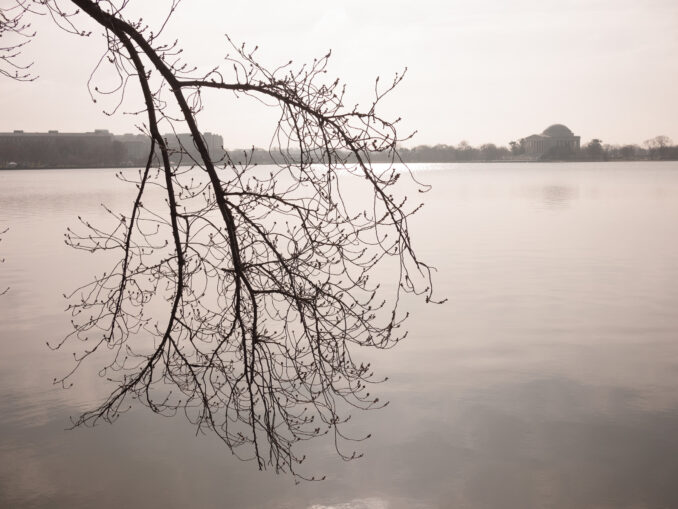 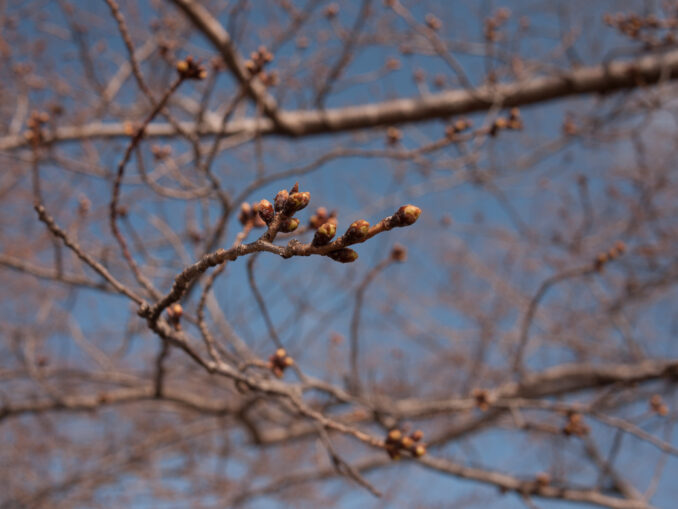 This isn’t one of the Yoshino cherry trees. Scattered around West Potomac Park are some of the earliest bloomers of other varieties of trees. They’re few and far between for the moment, but they’re a nice hint of what’s to come.