It’s shaping up as a sparkling spring day–and a little warmer than it has been lately–but unfortunately there aren’t many cherry blossoms to see yet.

There are a handful, but you have to go hunting for them. The indicator tree, which is a single tree that is consistently ahead of the others, has at least some flowers on it, but it’s not the prettiest tree and is hard to photograph. It’s just to the east of the Jefferson Memorial; I have more detailed information on how to find it here. There’s a smattering of other petals around, with the occasional tree with a few in the puffy white stage right before popping. The vast majority are in various bud stages.

The NPS horticulturists judged that 70 percent of the buds had finally (!) reached the “florets visible” stage on March 15, the second of the five stages the NPS tracks before the flowers are out. With the cool temperatures, they got stuck in the “green buds” stage for longer than usual even though they’d gotten an early start.

The magnolias aren’t quite out yet, but today’s somewhat warmer temperatures should give them a bit of a push closer. 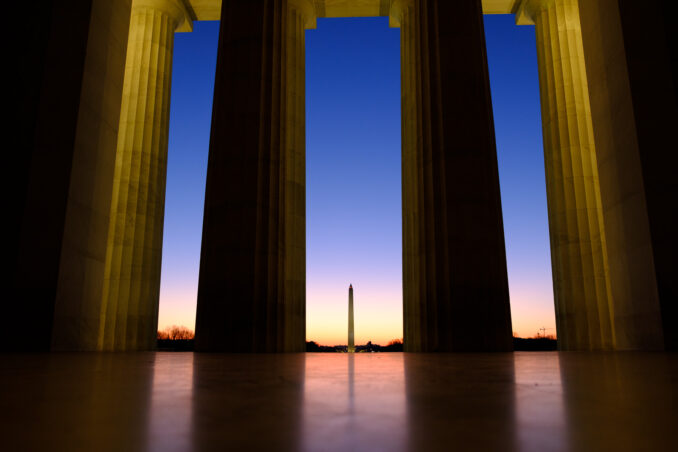 Taken this morning with a Fujifilm X-T2.

The Welcome Area is open for business. It’s in the parking lot next to the paddle boats, and you can find information and gift shop tents, portajohns, and food and drink tents as well as an entertainment stage. That also means that that parking lot is closed for parking (and will be through at least April 1).

And on the subject of parking, if you haven’t been down there for a while, it’s worth knowing that much of street parking in the surrounding area (and around the National Mall, for that matter) has been converted to metered parking. That includes the stretch of Ohio Drive near the Tidal Basin as well as lots A, B, and C under the 14th Street Bridge. You can pay at the meter stands or by using the ParkMobile app. I have more detailed information on parking here.

The traffic flow along Ohio Drive is normal for now. When things get busier close to the bloom they usually implement a one-way traffic flow. But for now that’s not in place.

Clear sunrises might be a bit scarce in the coming week, but we’re coming up on the equinox, so the sun is rising pretty much directly east. That creates an opportunity for lining up the sunrise from the Lincoln Memorial with the Reflecting Pool and Washington Monument. And if you turn around, the sun shines directly onto the statue of Lincoln like in the photo at the top of this page.

The Reflecting Pool is full again.

Also worth mentioning is that while the Lincoln Memorial remains open, the sides and back are barricaded off as they do repairs on the roof. You can still access the steps and the main chamber.

Some, but not all, of the FDR Memorial’s water features are back in action.

And stay tuned for my upcoming hands-on reviews of the brand new Sony A7III as well as the Sony A7RIII, both of which will be posted on my main site havecamerawilltravel.com.

Looking for travel stock photos or prints? I might be able to help. You can search my collection here:
If you already have a buyer account with Alamy and would prefer to use that, you can search my images directly here.
564shares