Progress has been brought to a crawl by the cool temperatures. If you look very closely, the buds are making headway, but it’s very, very slow.

If you’re heading down to the Tidal Basin this weekend, I’ve got some suggestions below on where to go hunting for blossoms. I’ve also included updates on the magnolias and Reflecting Pool below.

The big news from the past few days is that the National Park Service and the Washington Post‘s Capital Weather Gang both pushed their peak bloom prediction dates back. The new dates are:

While the buds got an early start back in February due to the warm temperatures, they’ve gotten stuck in the green buds stage longer than expected in these cooler temperatures we’ve been seeing. And what you can see on the trees isn’t matching what the NPS’s mathematical model is predicting.

As you can see from the photos below, some are ahead of others. There are a few flowers out on the indicator tree, but even it still isn’t in full bloom. Some other early bloomers are much further along than the others, but the majority are still stuck in the green buds or florets visible stages (that is, the first two of five development stages tracked by the National Park Service before actually blooming).

What Can I See This Weekend?

If you head down to the Tidal Basin this weekend, you won’t see many cherry blossoms. The vast majority of the trees still have some work to do and are in bud stages.

But if you want to see at least some cherry blossom flowers, here are some suggestions on where to look. The odds of seeing some are marginally better on Sunday simply because it allows them just a little extra time to do their thing and Sunday is expected to be a touch warmer.

And while they’re not cherry blossoms, I’d highly recommend a visit to the Enid A. Haupt Garden behind the Smithsonian Castle for the saucer magnolias. When they’re in full bloom they’re quite spectacular. They’re not in full bloom yet, but they’re expected to reach full bloom late this weekend or early next week.

Here’s a sense of how things look this morning.

The Welcome Area in the parking lot next to the paddle boats is being set up. It’s set to open on Saturday. There are information and gift shop tents, a few activities for kids, a performance stage, and food and drink tents. 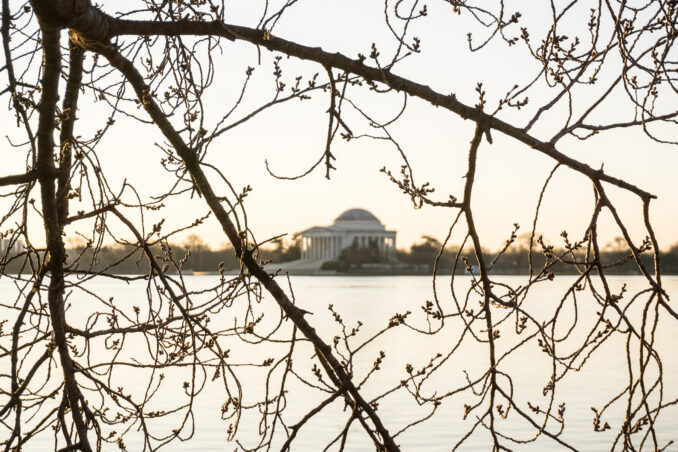 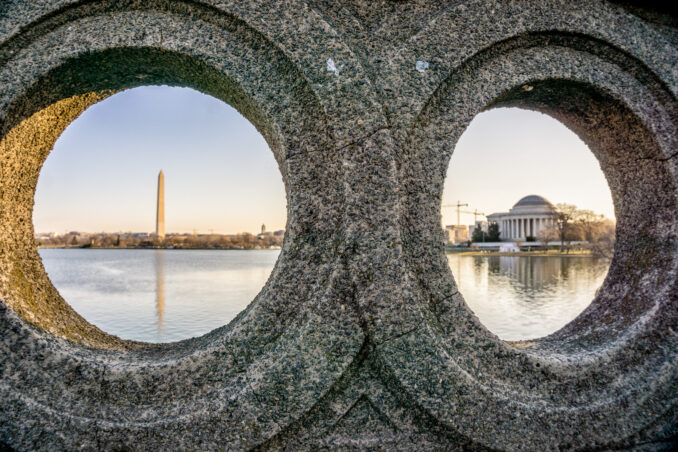 This tree is one of the earlier ones (and has been in previous years too). It’s along the waterfront in front of the FDR Memorial. 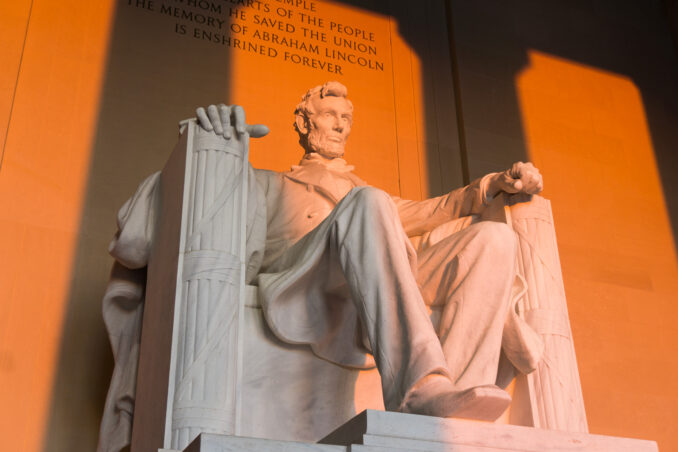 There’s been only a little progress since Monday.

The magnolias have also been slowed down, and while they’re close, they’re not yet in full bloom. The horticulturalist at the Smithsonian Gardens expected the ones in the Enid A. Haupt Garden to reach full bloom late in the weekend or early next week.

We’re on #BloomWatch behind the Castle. @smithsoniangardens, who keeps our spaces looking so beautiful, predicts these saucer magnolias will be in full bloom late this weekend or early next week.

Here are some shots from this morning of the ones at the George Mason Memorial next to the Tidal Basin.

The parking lot by the paddle boats is closed to parking to make way for the Welcome Area. It will remain closed for parking at least through April 1.

As of this morning, traffic flow around Ohio Drive and the area is normal. At some point soon the special one-way restrictions will be put in place, but I haven’t seen any sign of them setting up for that this coming weekend. They usually only do it when things get really busy close to the peak.

It’s being refilled. Early this morning it was about half full. I’d expect to be full later today or tomorrow. The shot at the top of the page was taken this morning.

Also worth mentioning is that while the Lincoln Memorial remains open, the sides and back are barricaded off as they do repairs on the roof. You can still access the steps and the main chamber.

And stay tuned for my upcoming hands-on reviews of the brand new Sony A7III as well as the Sony A7RIII.

Looking for travel stock photos or prints? I might be able to help. You can search my collection here:
If you already have a buyer account with Alamy and would prefer to use that, you can search my images directly here.
518shares