It’s another cool and drizzly morning at the Tidal Basin. The indicator tree has more flowers coming out but still has many more to go before it reached peak bloom. 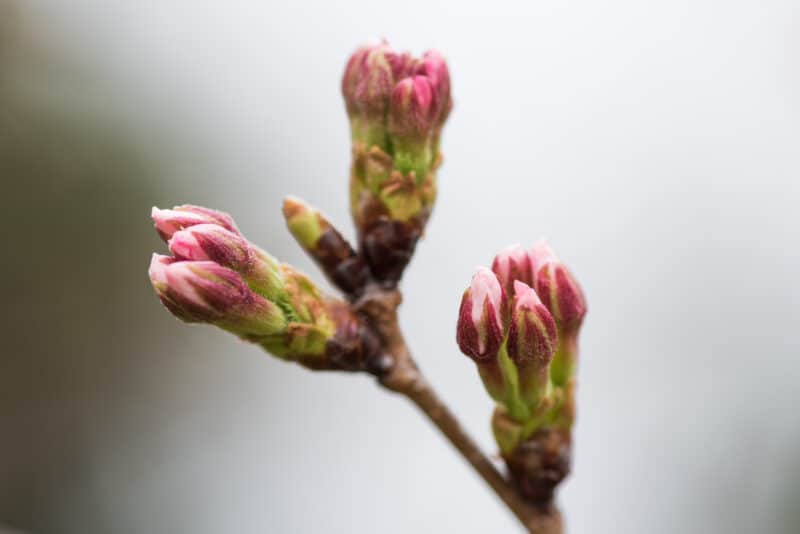 UPDATE: Later in the evening of March 15, the NPS revised their 2016 peak bloom forecast again to beginning March 23-24, which is Wednesday-Thursday of next week. More information here.

ANOTHER UPDATE: The NPS determined that 70 percent of the trees reached the “extension of florets” stage on March 15.

There's not all that much new since yesterday. There are more flowers fully out on the indicator tree–maybe a few dozen popped now–but still many, many more to go before it reaches peak bloom.

The other trees are still doing their thing. Many of them are in the “extension of florets” or “peduncle elongation” stages, but not every tree is at exactly the same point. And I have an example below to show that not every branch on even the same tree is at the same stage.

It's still cool and a little drizzly. But while it feels cold, it's actually closer in line with our normal temperatures for this time of year. It's just that we've gotten spoiled lately with warmer weather.

A lot of readers have been asking when the rest of the cherry blossoms will be in full bloom. I'm generally hesitant to predict because there are so many things that can come into play–especially so this year with the usual timetable not being much use as a guide–I'm not a horticulturalist, and a day here or there can make a big difference, but my current best guess is that the middle of next week is looking good. The indicator tree is now starting to pop, and many of the other trees look to be the usual week or so behind. But between now and then we have a mixed bag of weather, with a few warm days coming up and even some forecasts for potential snow showers late in the weekend. So, for what it's worth, I share this guess with the understanding that it might prove to be wrong.

Other readers have been asking how long the flowers last. What I'd consider the “safe” zone is up to 2-3 days after the peak bloom date. The flowers will be turning pink during this period and some will start to fall. Many of my favorite photos were taken 2 to 3 days after peak bloom. But once we start getting 3 or more days after peak bloom, it gets a bit more touch and go. It's entirely possible, with the right conditions, for them to last much longer. But it's also possible that rain, warm weather, wind, or storms can come through and knock them off. In recent years, they've been mostly gone by a week after peak bloom. I've put together this photo timeline that gives examples of what you might expect to see before and after peak bloom.

Finally, a quick shout-out to some local small businesses I've been working with lately.

With local gardens starting to come to life, I've been shooting some photos for Beautiful Gardens recently. If you're in the Northern Virginia area and are looking for some expert help to spruce up your garden landscaping now that we're getting into spring, give them a call! You can find their contact information here.

And a big thank you to the very talented Jo Edwards for the new bespoke illustration on the front page! You can check out more of her work on her website.

The indicator tree has more flowers out since yesterday but has many more still to go. It's mostly around the puffy white stage for now, but more and more flowers will pop over the next couple of days.

You can find out more about the indicator tree here, including how to find it. 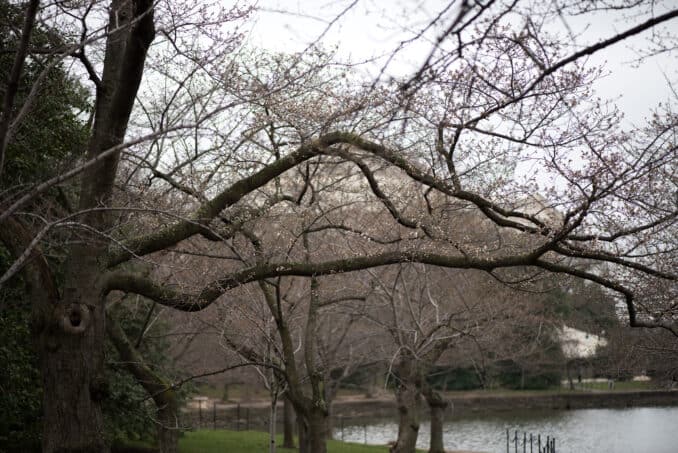 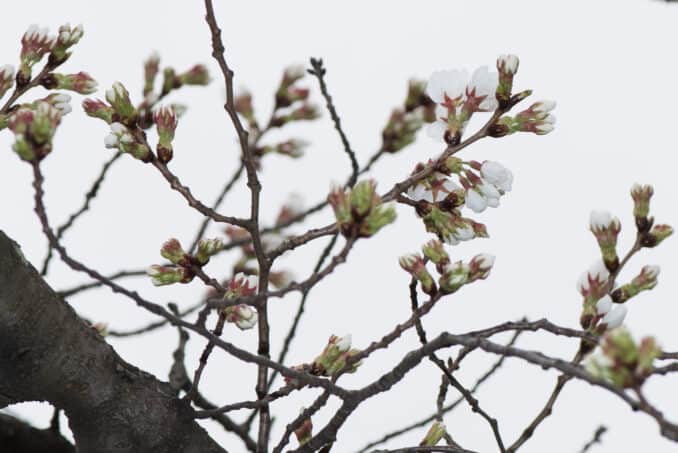 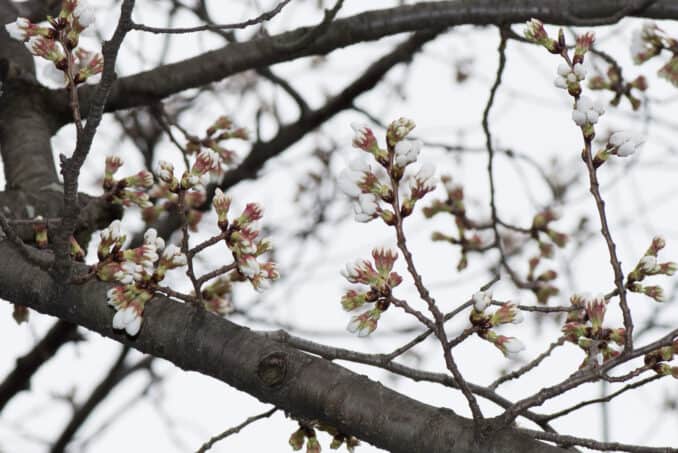 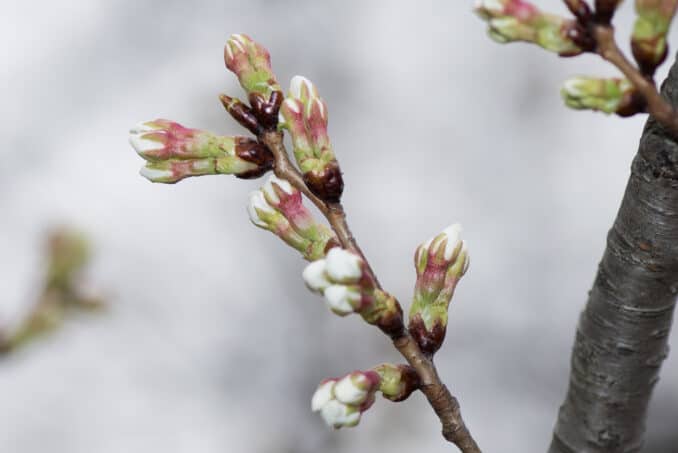 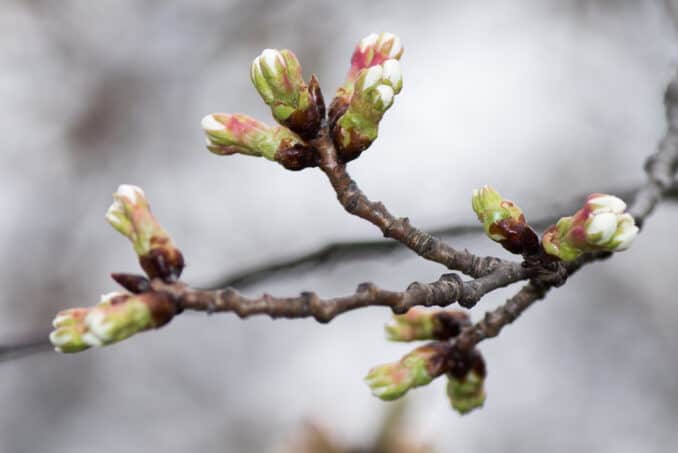 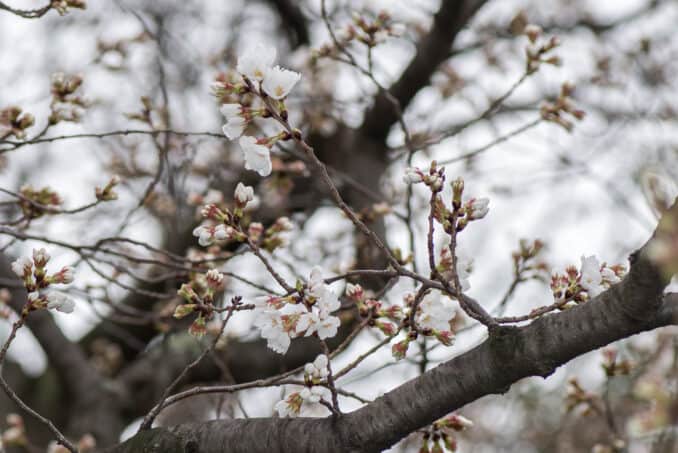 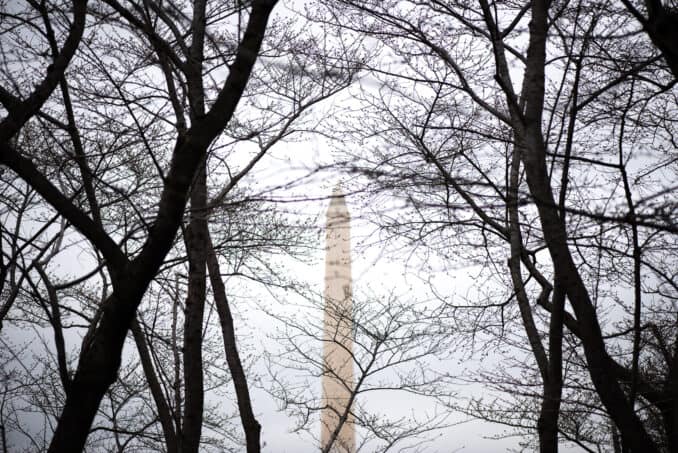 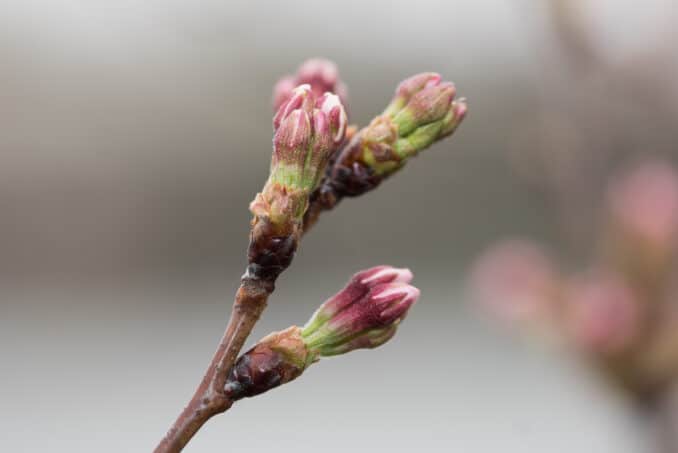 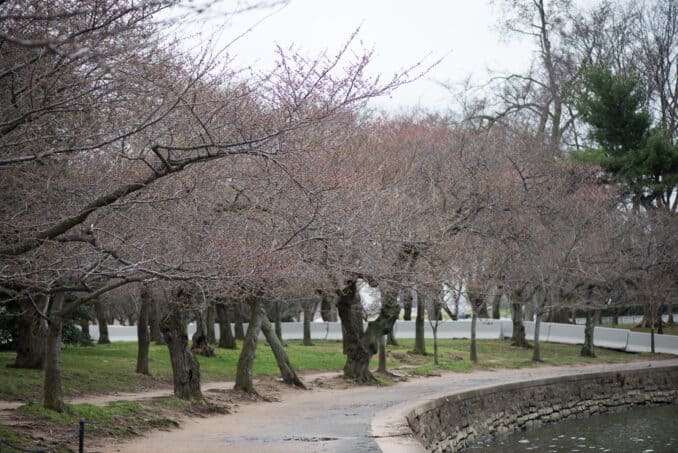 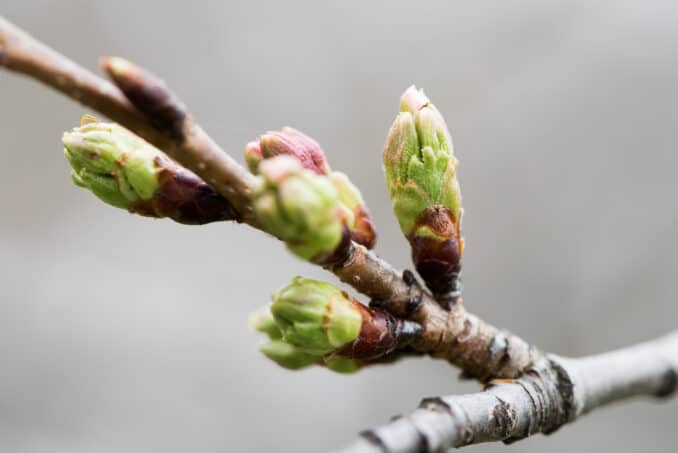 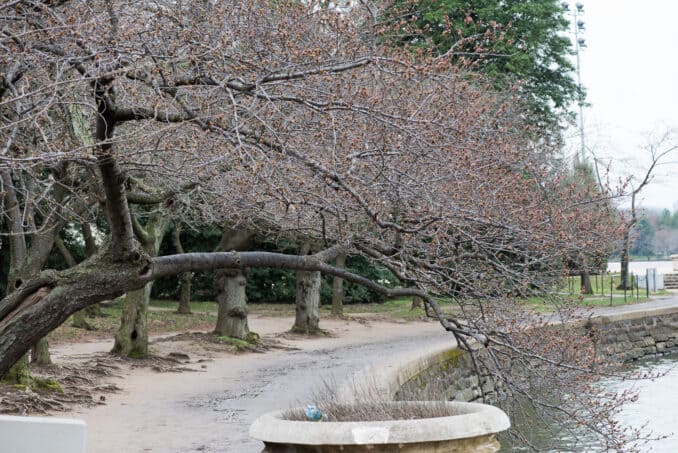 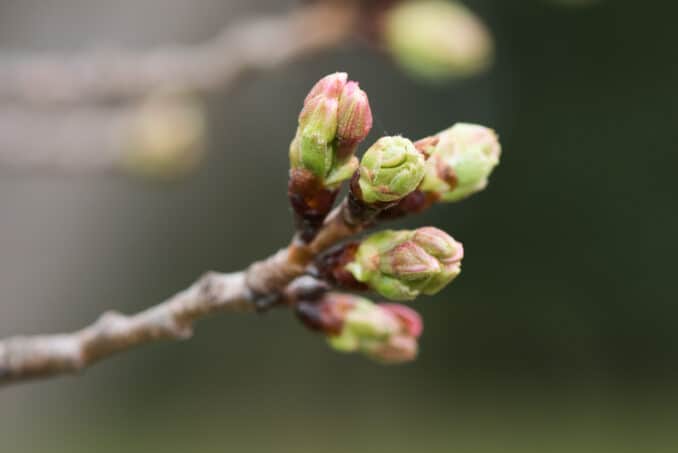 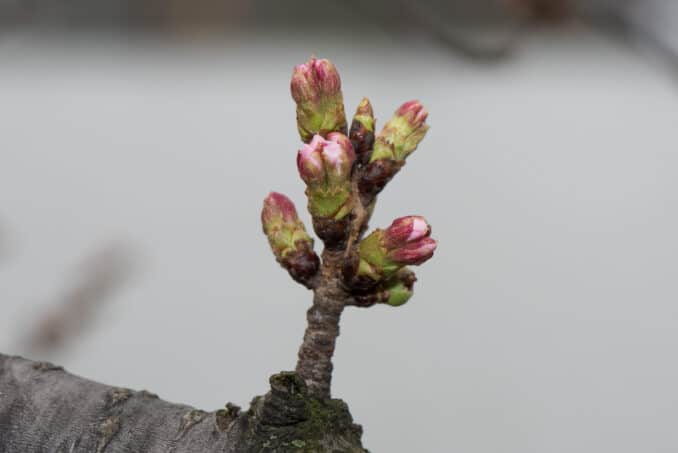 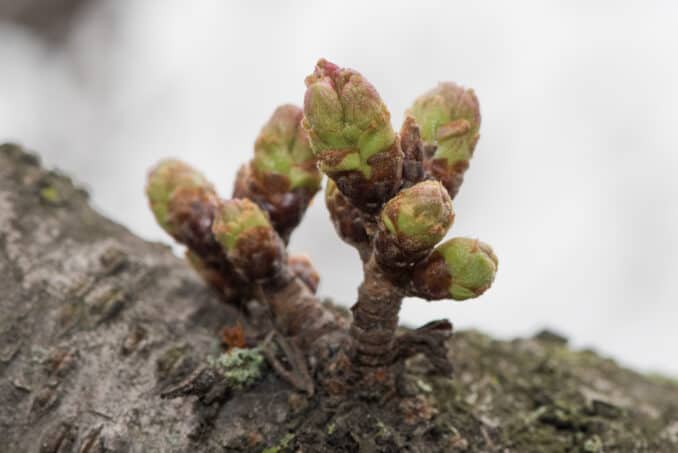 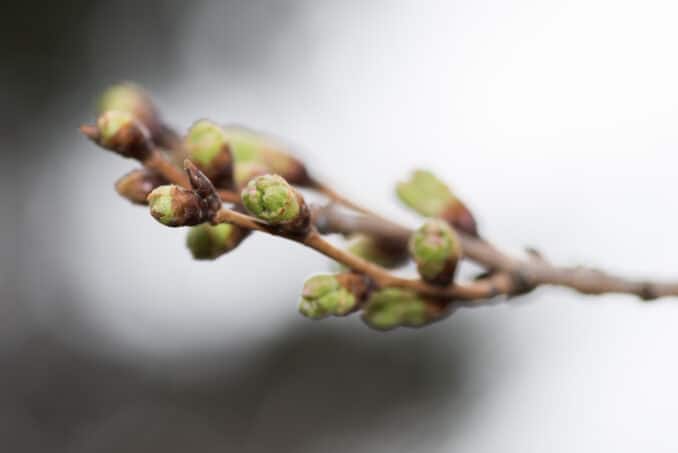 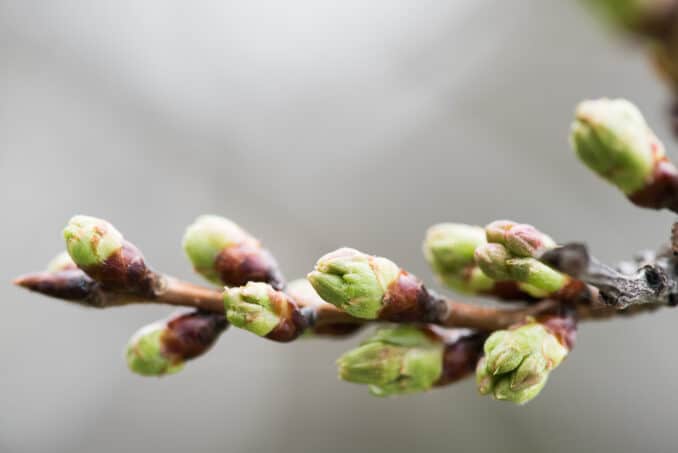 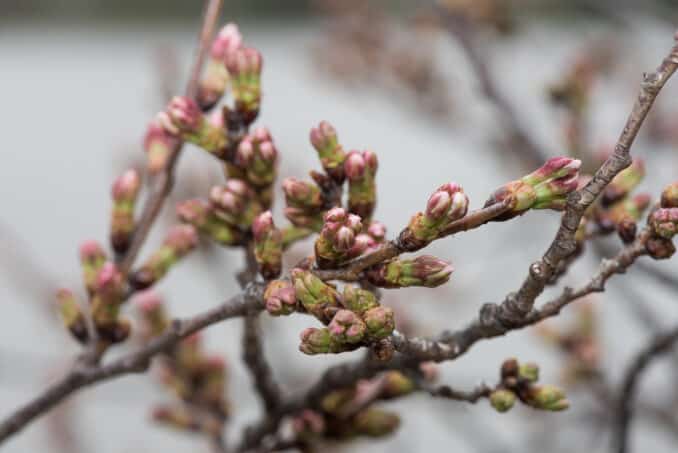 Not every tree is on the same schedule, and there can be a surprisingly wide variation even on a single tree. Here's an example. These were all taken on the same tree at the same time. 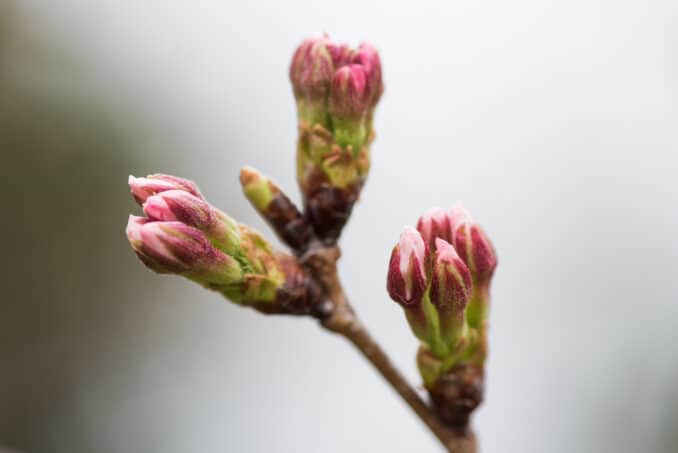 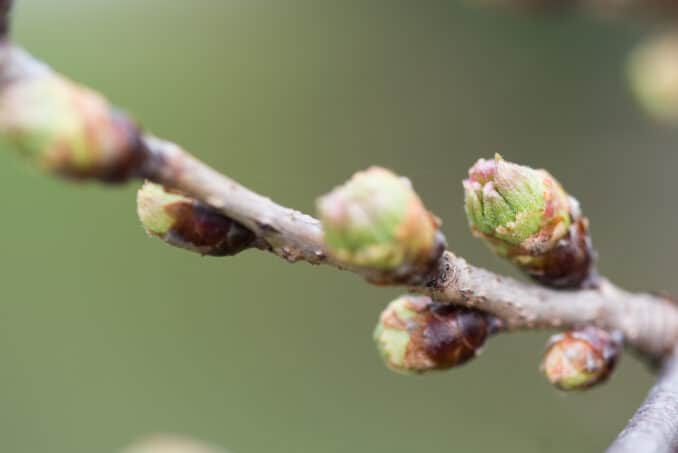 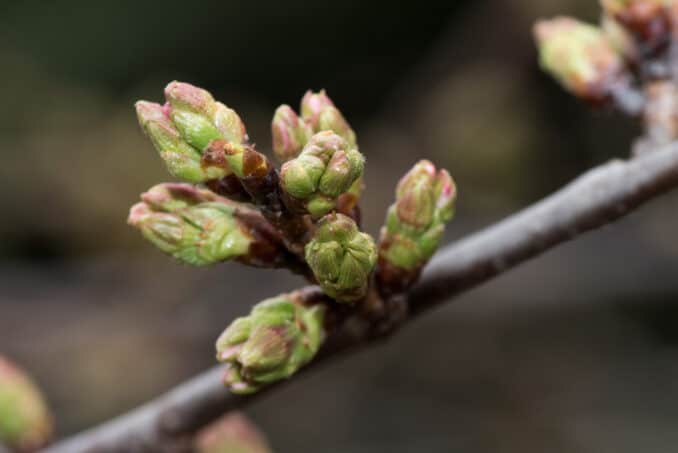 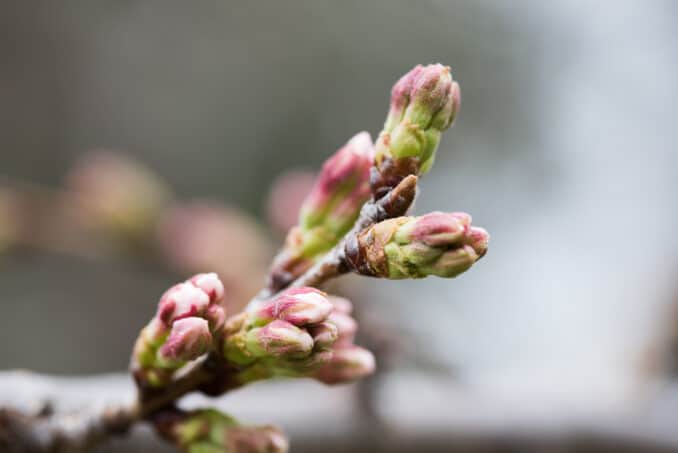 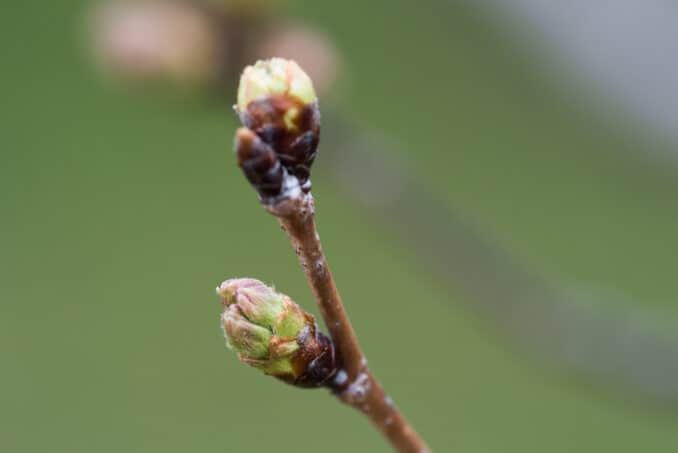 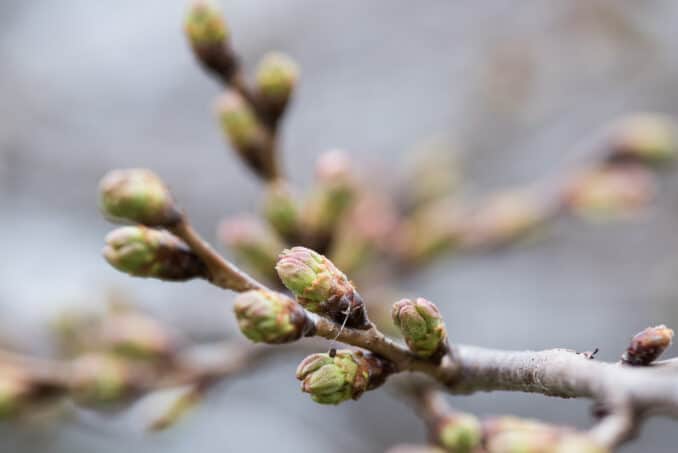 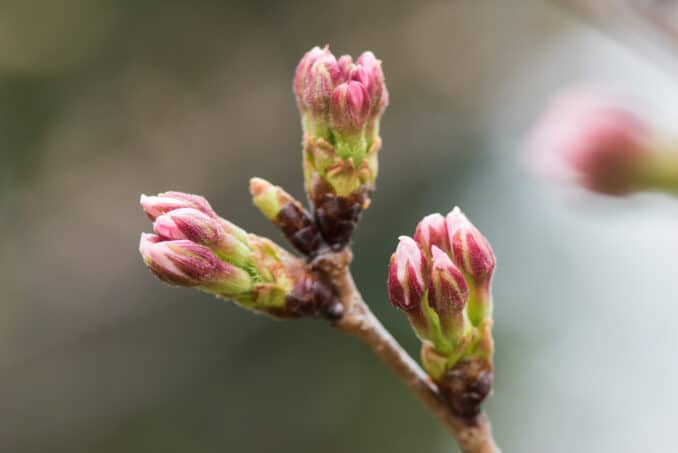 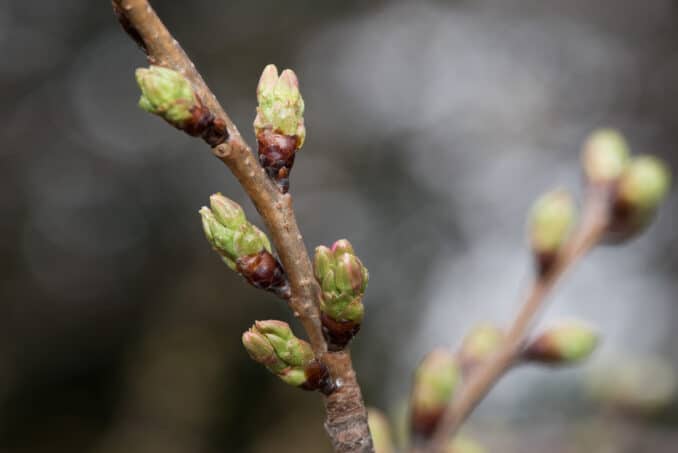