UPDATE: The National Park Service has announced that their initial peak bloom forecast will be issued on March 1.

The short version is that there’s still not much to report. The cherry trees are still in their winter mode and aren’t showing any visual signs of the buds developing yet. No peak bloom forecasts have been issued yet. Expect those to start coming in about 4 to 5 weeks.

After a very cold start to the year, temperatures have moderated, and we’re now back to tracking right around the average (0.2° below normal for the month, as of this morning). If temperatures continue to be around normal (and that’s always a very big “if”), then we’d expect the cherry blossoms to come out close to their historical average around the very end of March into the very beginning of April. If it’s significantly warmer than normal, it encourages an earlier bloom. If it’s colder, it pushes the bloom later. If you’re making travel plans and want more information on the historical averages to help you make a calculated guess, you can find some here.

Long-range weather forecasts this far out have to be taken with a giant grain of salt, but there’s some indication that February might be cooler than normal.

How It Looks Today

These photos were taken this morning. As you can see, the Tidal Basin has thawed out since the last update. 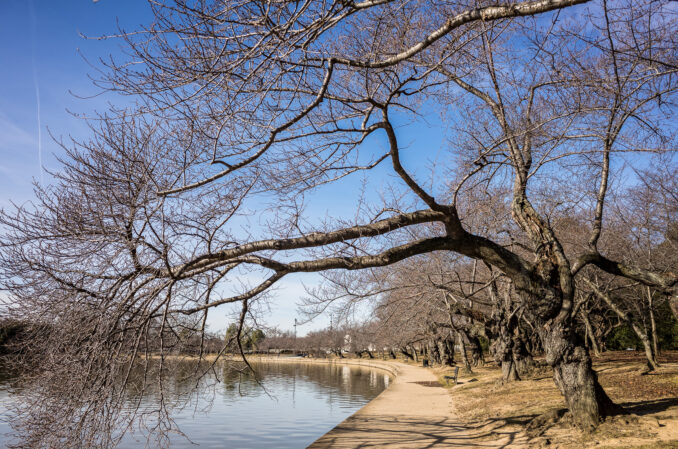 The stone structure at the right of frame is Japanese Pagoda that was a gift from the mayor of Yokohama and dates back to around 1600. It’s located near the southern end of the FDR Memorial. 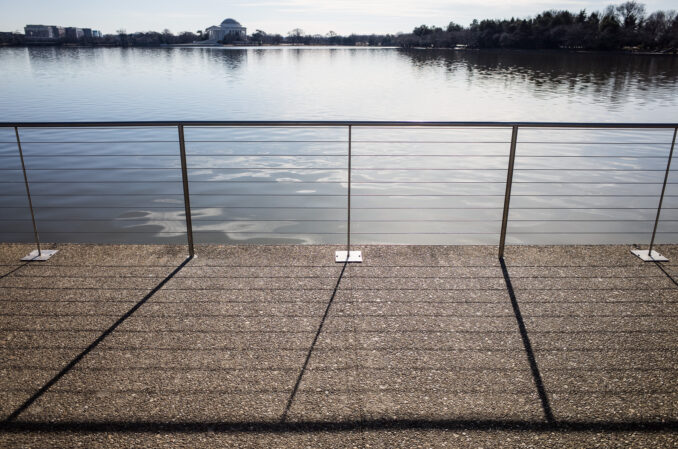 The temporary barricades in front of the MLK Memorial have finally (!) been replaced with a much better-looking permanent fence. It’s only a short stretch immediate in front of the statue in order to safeguard the crowds that gather there and especially those walking backwards toward the water while trying to take a photo of the statue. 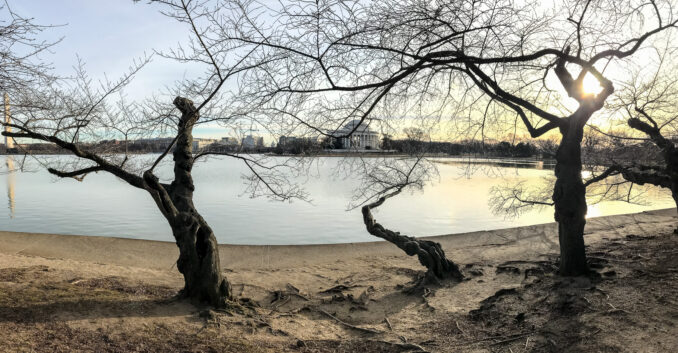 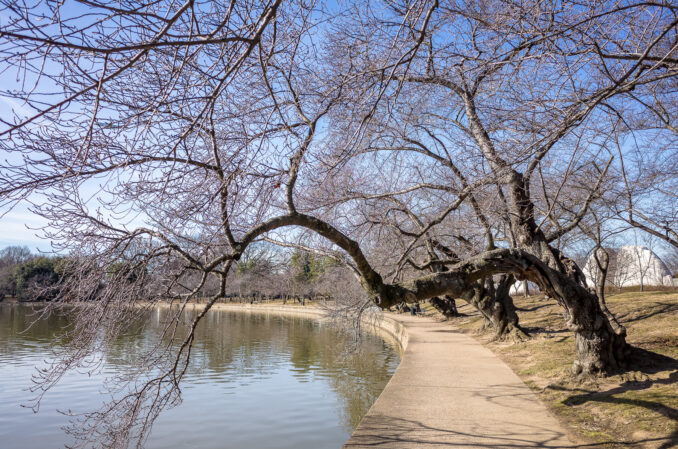 These are some of the oldest of the cherry trees, in a stretch on the northern side between the MLK Memorial and the Japanese Lantern.

If you’d like to volunteer to help with the National Cherry Blossom Festival, you can find more information and the registration form on their website.

If you’re coming in from out of town, there are some new options this year for hotels within an easy walk of the Tidal Basin now that The Wharf (a.k.a. Southwest Waterfront) is open for business. There are three brand new hotels there, and they’re about half a mile from the Tidal Basin, give or take. I have more on them here.

Looking for travel stock photos or prints? I might be able to help. You can search my collection here:
If you already have a buyer account with Alamy and would prefer to use that, you can search my images directly here.
428shares