It’s cold. Local temperatures have been consistently dipping down to the low teens or single digits at night, and days have rarely peaked above freezing. The Tidal Basin and Potomac are both frozen and covered in a fresh layer of snow, topped up by a light snowfall overnight.

Like large sections of the country, it has been a cold winter so far. For the Washington DC region it has been the coldest January in decades.

Sustained cold temperatures through winter and early spring generally mean a later bloom of the cherry blossoms. But it’s still possible for it turn around if February and early March are unusually warm. 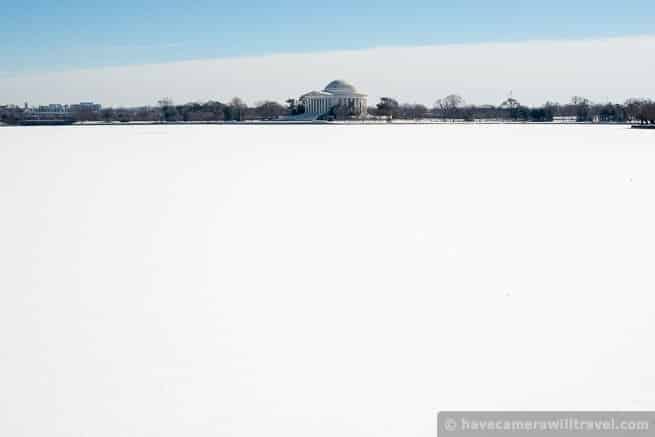 This is looking directly across the Tidal Basin. Cold temperatures have frozen the Tidal Basin (and the Potomac), and fresh snowfall now covers the ice. 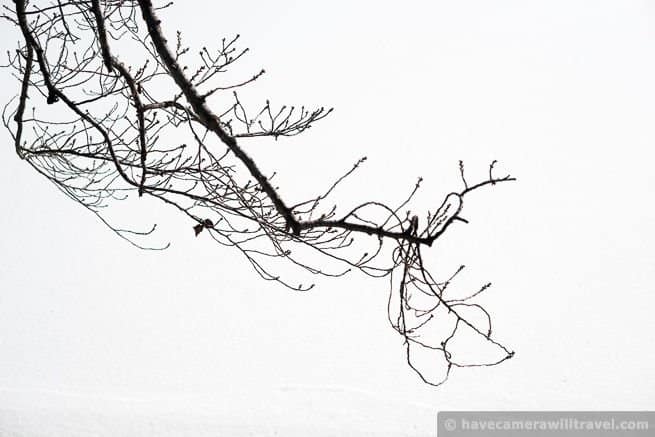 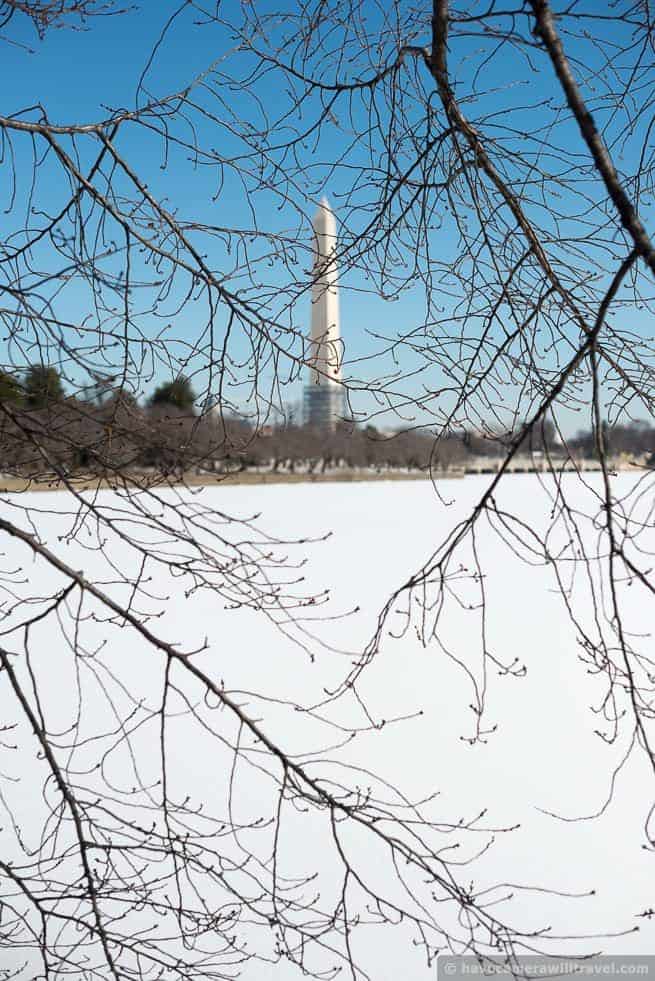 Looking across the Tidal Basin itself, which is covered in layers of ice and snow. 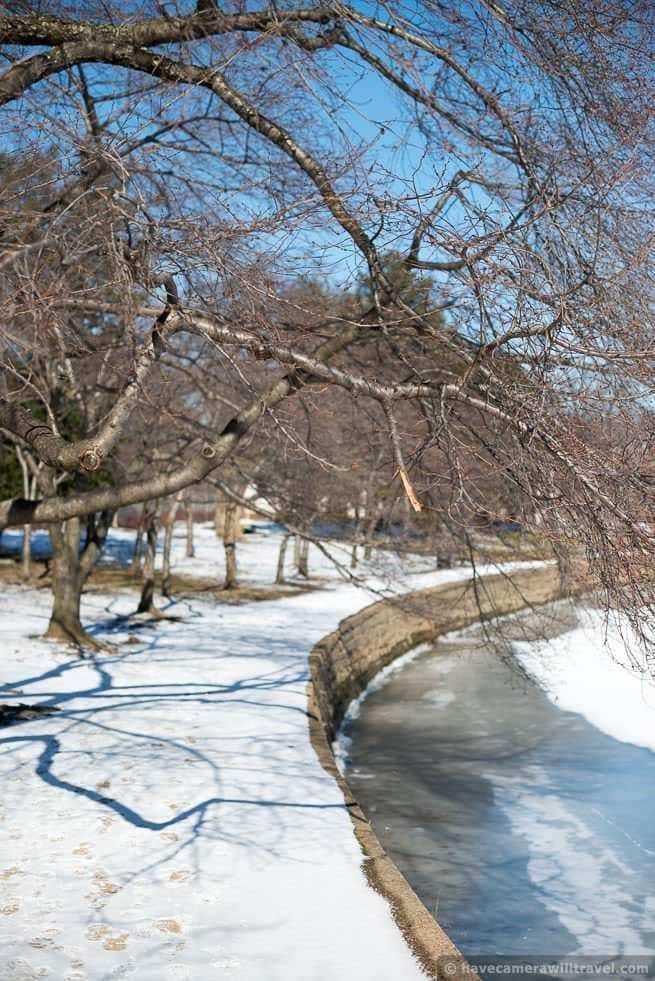 You can see some of the exposed ice next to the retaining wall. 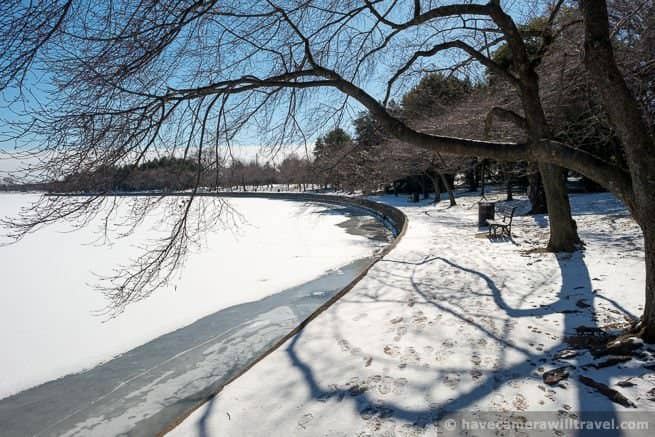 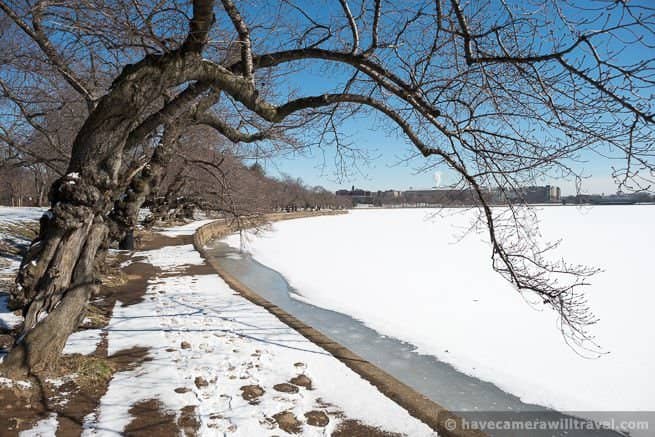