UPDATE: The National Park Service determined that 70 percent of the buds had reached the “Green Buds” stage on February 25. That is just a day later than last year and is earlier than the average.

The past couple of days have been very soggy and foggy. And while temperatures haven’t been anywhere near the scorchers we saw last week (well, scorchers for February), it has still been consistently warmer than normal. As we near the end of February, we’re tracking 6° above average for the month. The National Weather Service is currently predicting that March will begin around average temperatures but get colder a week or so in.

On the trees, more of the green buds are starting to come through. There are still a lot more to go, but the progress is getting much easier to see visually now.

The NPS will be announcing their initial peak bloom prediction for the season at a press conference on March 1. Stay tuned–I’ll have updates here.

The March for Our Lives rally on gun control is scheduled for March 24, 2018, coinciding with the first week of the National Cherry Blossom Festival.

Organizers are planning for up to 500,000 attendees. While DC handles big events in its stride, it’s likely to create a lot of competition for hotel rooms that weekend. So if you’re planning to come into town then, it’s probably best to book sooner rather than later.

It’s starting to be a good time to plan for the gear you want to use to capture the spectacle. I’ll be posting some more specific photography tips and recommendations as we head into the bloom.

Photo taken February 25, 2018. The Jefferson Memorial in the mist.

Some of the area’s other spring flowers are starting to come out. I haven’t come across any daffodils out yet, but there are buds that are definitely getting close. Here are a couple of shots taken this morning; there are some more in the update from last week. 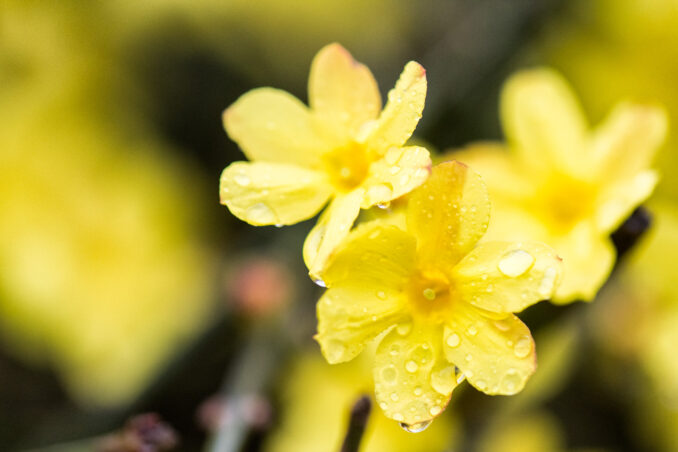 Looking for travel stock photos or prints? I might be able to help. You can search my collection here:
If you already have a buyer account with Alamy and would prefer to use that, you can search my images directly here.
354shares