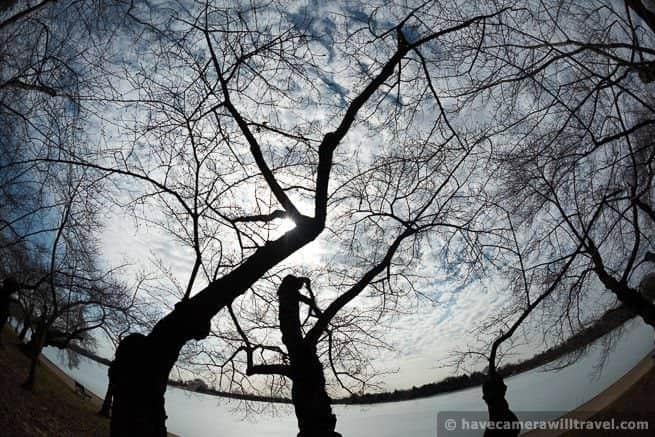 The rest of the planet has had the fourth warmest January on record, while in the eastern half of the United States it has been much colder than average.

For Washington DC, that pattern has continued through most of February. A major snowstorm last week that dumped around 10-12 inches on the region has been followed by a series of smaller snowstorms since. And while we've had a break of a few days from the cold weather, the forecast is for it come back through the rest of February.

All that cold weather, stretched over a prolonged period over winter, suggests that the cherry blossoms will probably bloom late this year.

No official peak bloom predictions have been issued yet. Typically the National Park Service issues its first forecast around early March. When on is issued I'll add it to the 2014 Peak Bloom Forecasts page.

The Tidal Basin is still covered in a layer of ice, although the Potomac has thawed out. And as you can see from the close-ups, there's not much progress with the buds yet. 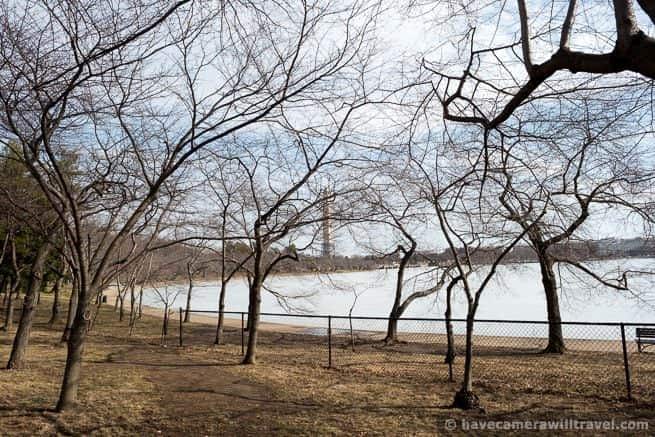 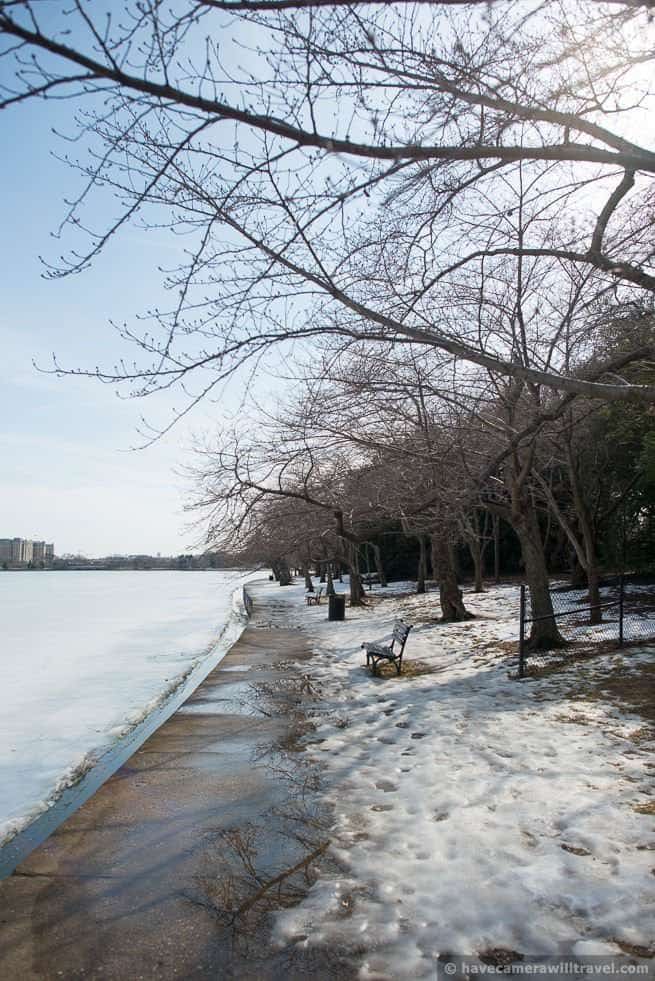 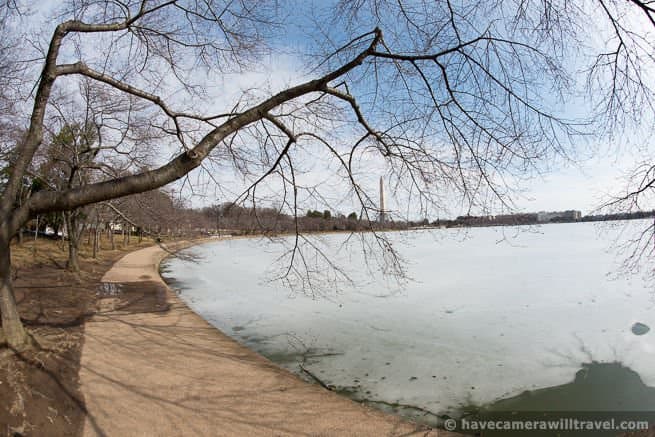 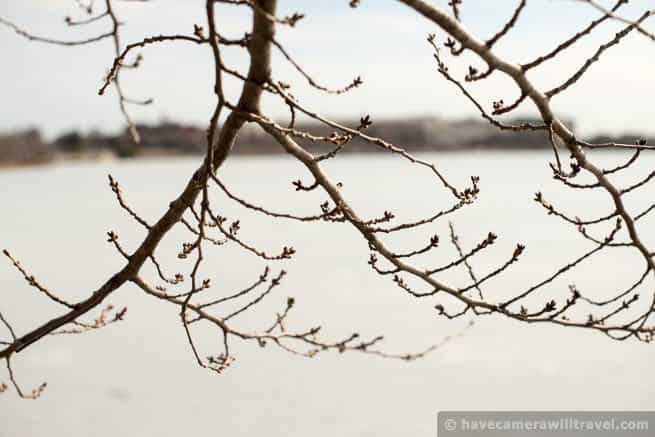 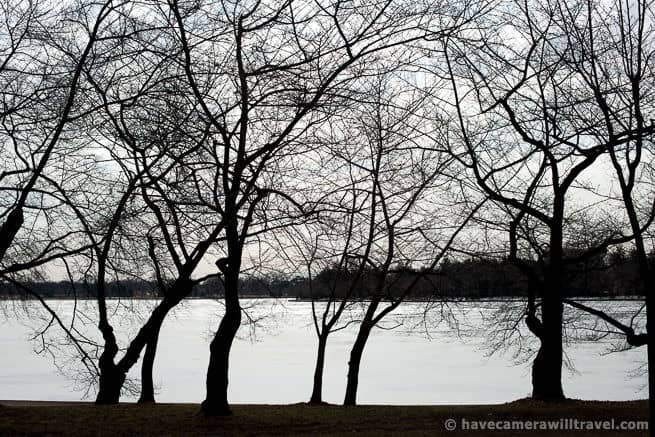 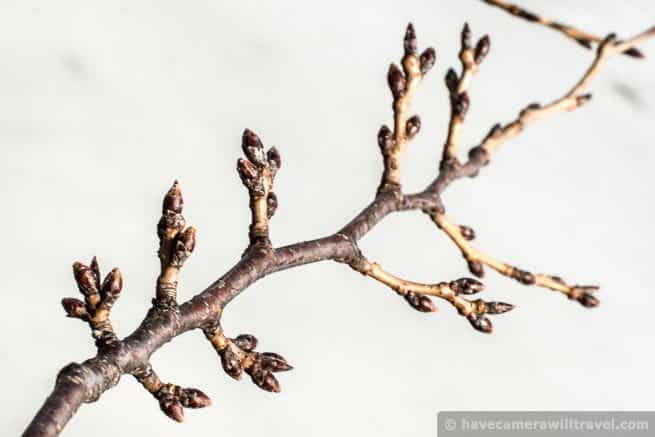 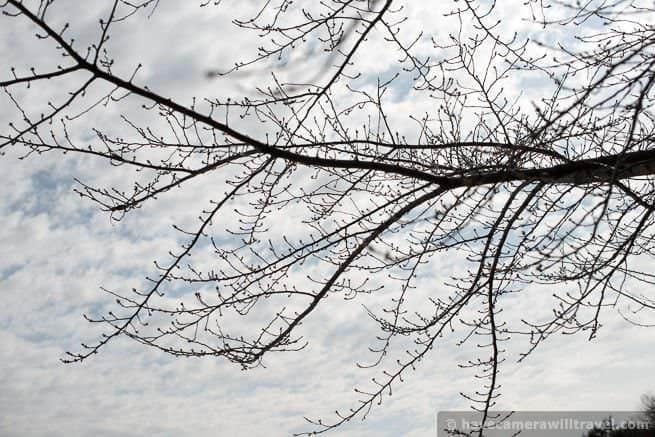 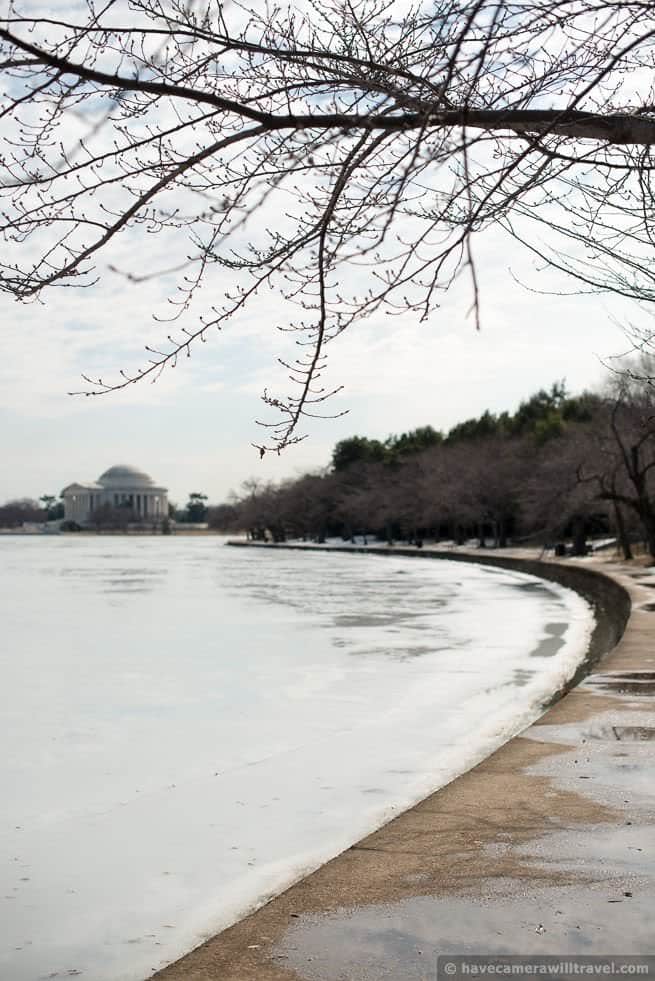