The cherry blossom buds are still wrapped tight for winter, but there are some other scattered signs of spring popping up around the area. Some of the earliest apricot blossoms and other flowering fruit trees are just starting to show some flowers, and there’s even the occasional daffodil trying to get a jump start.

Temperatures for February are still averaging a few degrees above normal, continuing a trend we’ve seen through the winter. You can see the trend on a day-by-day basis on this chart. The blue line represents daily averages since the beginning of December; the red line represents the historical averages. As you can see, despite some pretty wild swings, overall the blue line has been above the red line more than below it.

If that continues, it suggests an earlier bloom. Of course, there’s still plenty of time for mother nature to send cold air our way and slow things down.

Looking ahead for the next couple of weeks, the National Weather Service is expecting slightly higher-than-normal temperatures continuing, although it looks like it might turn colder as we start into March.

There aren’t any peak bloom forecasts issued just yet, but the first ones should start coming out in a couple of weeks.

As always, you can find up-to-date information on the latest forecasts on the 2019 peak bloom predictions page.

At the Tidal Basin

Here’s how it was looking yesterday. 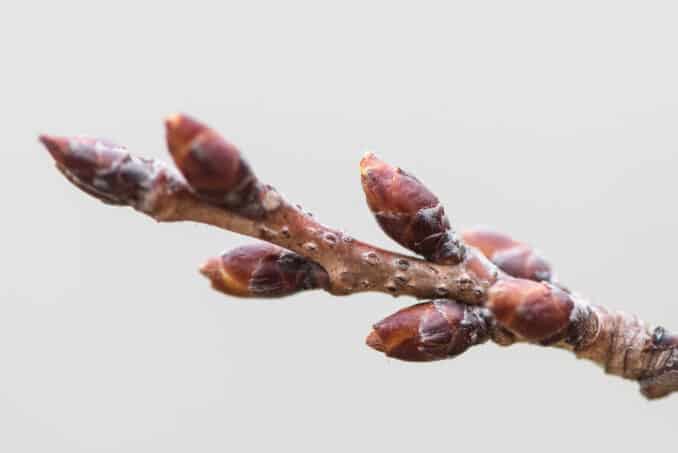 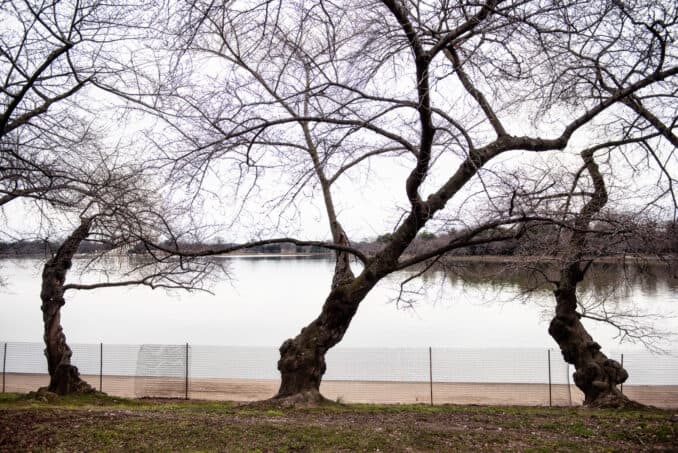 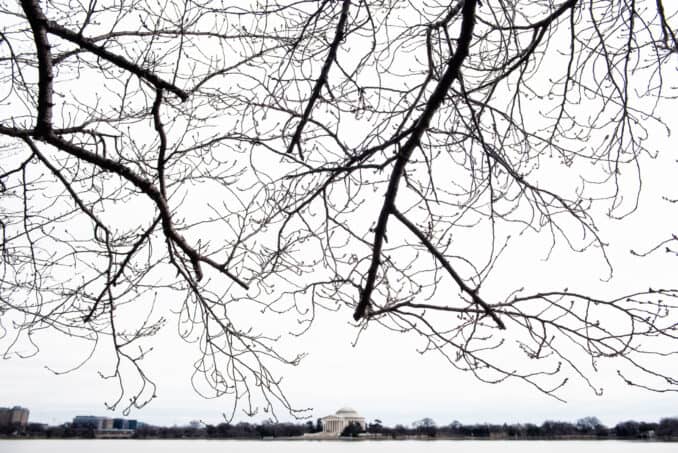 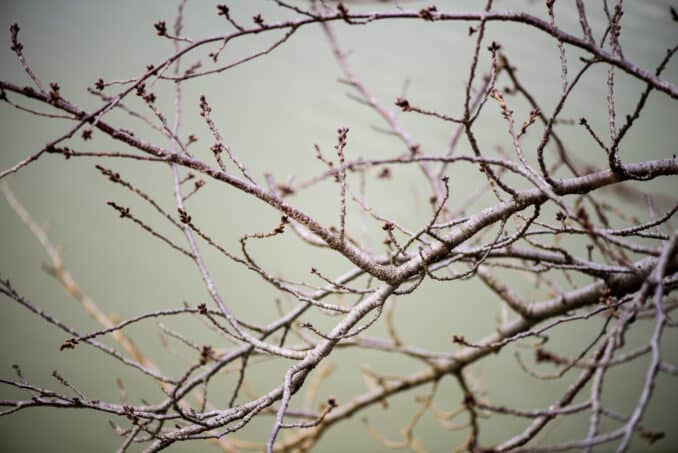 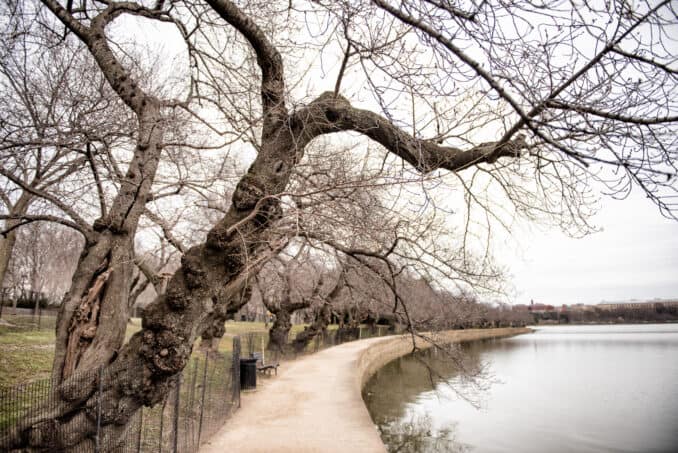 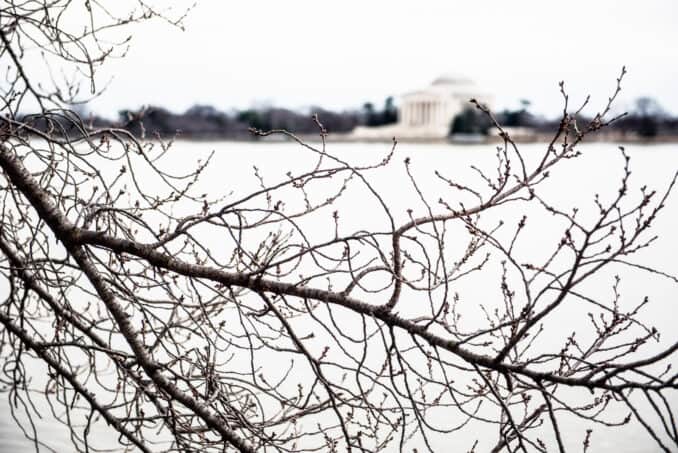 Some of the other flowering fruit trees are just starting to show the first flowers. These photos were taken of a couple of trees next to the DC World War I Memorial, just across the street from the Tidal Basin. For now, each has only a few flowers starting to show, but a few warm days will bring out many more. 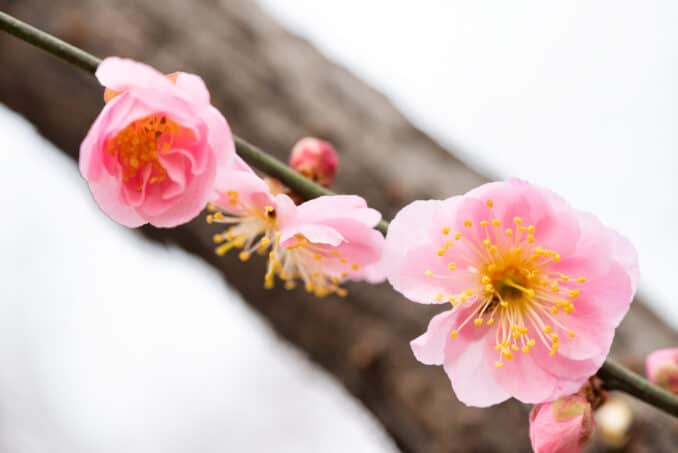 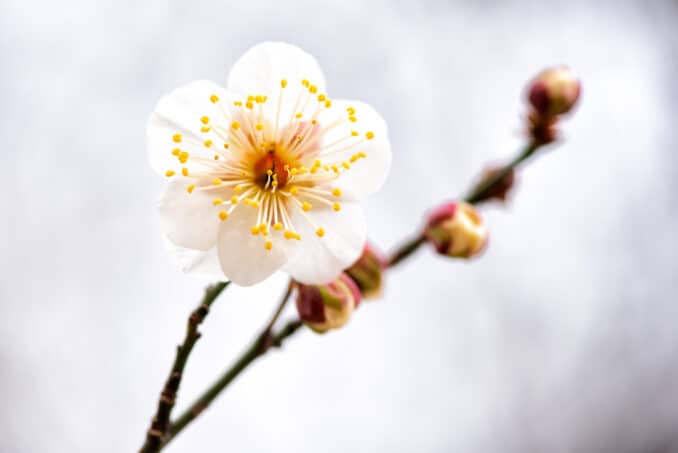 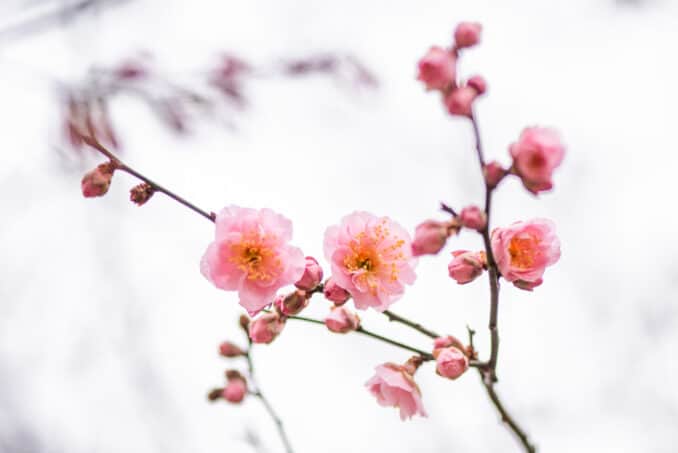 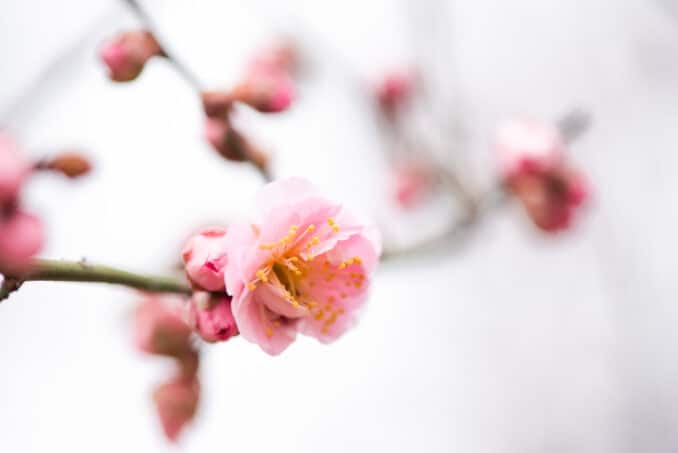 Looking for travel stock photos or prints? I might be able to help. You can search my collection here:
If you already have a buyer account with Alamy and would prefer to use that, you can search my images directly here.
1.3Kshares