Like much of the northeast, DC is getting a good dose of winter this past week with snow and bitterly cold weather. The cherry trees are weathering this cold snap just fine. The buds are still in their early stages and well protected. 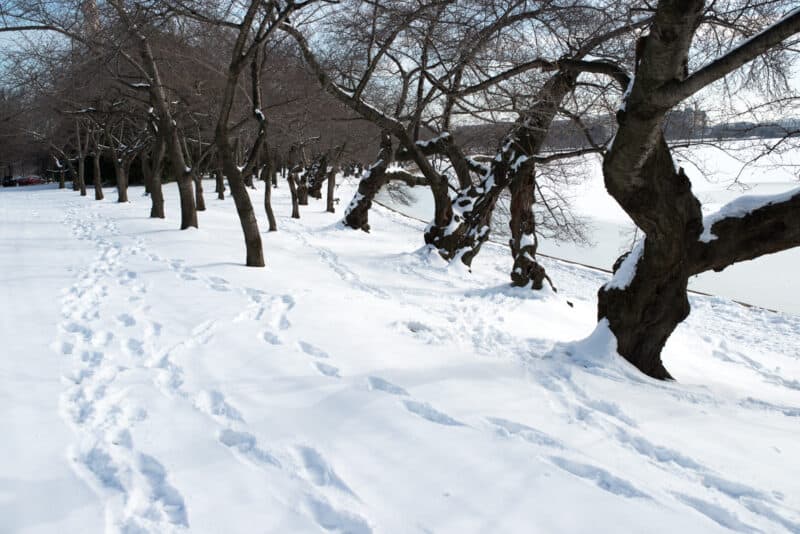 Yep, it's definitely still winter. Like much of the northeast, DC is getting a good dose of winter this past week. It's nothing like the weather Boston's getting, but it's cold for DC.

The Potomac and Tidal Basin are frozen over, and there's a layer of 3-4 inches or so of soft, powdery snow. And while we've had some bitterly cold nights, they're only the preview for record-setting cold that we're expected to get with the next Arctic blast that hits tonight and lasts through at least the weekend.

This is definitely very cold, wintry weather by DC standards, but it has been relatively brief so far. February's temperatures have been colder than the historical average. But for the first part of the winter Washington's winter temperatures were pretty unremarkable overall. There were some colder days and some warmer days, but overall it hasn't yet been the same kind of sustained cold that we had last year that pushed the peak bloom much later than usual.

The cherry trees are weathering this cold snap just fine. The buds are still in their early stages and well protected. The past couple of weeks will likely slow things down a little, but there's still plenty of time for that to be reversed if we get a warmer-than-average spell or two over the next month or so.

We don't have any peak bloom forecasts yet. I'd expect those to start coming around the first week or March. So, for now, we just have to watch and wait. In the meantime, here are some shots of how the trees and the areas nearby are looking this morning.

And, as a reminder, you can always find the latest peak bloom forecasts for 2015 here. 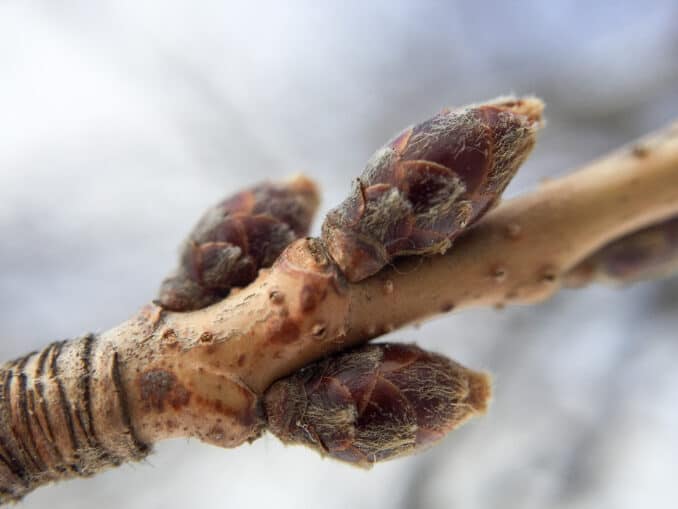 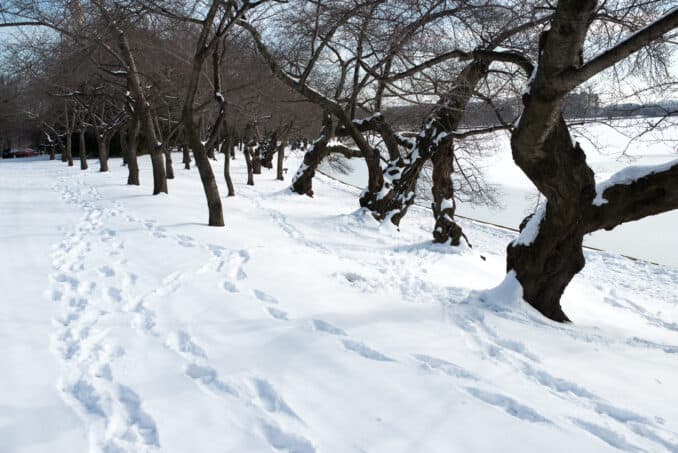 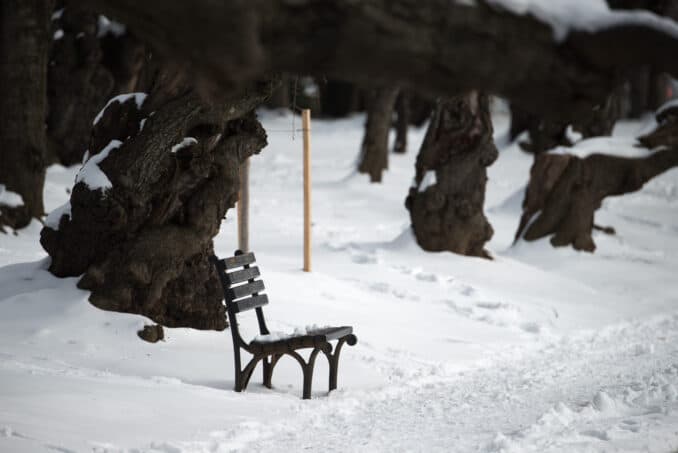 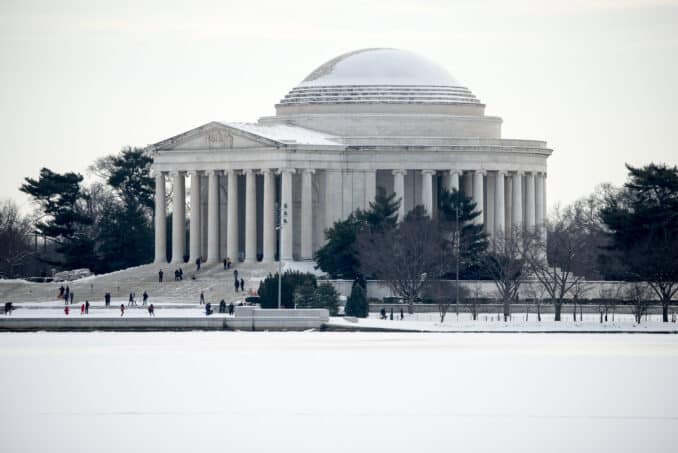 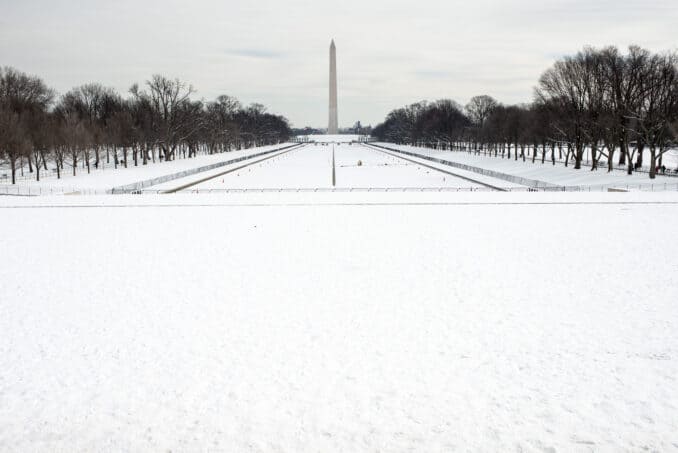 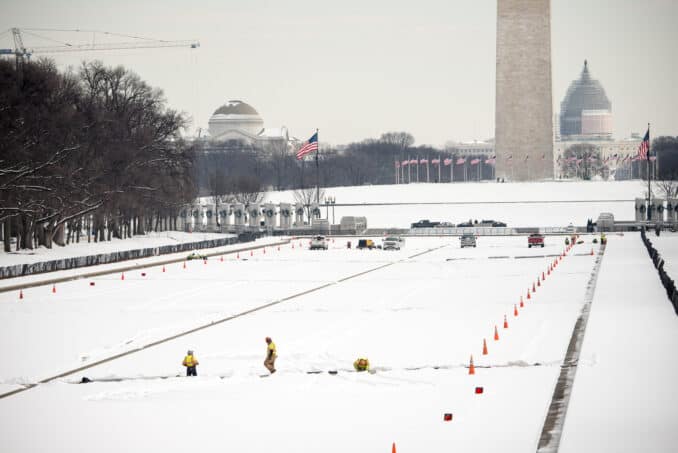 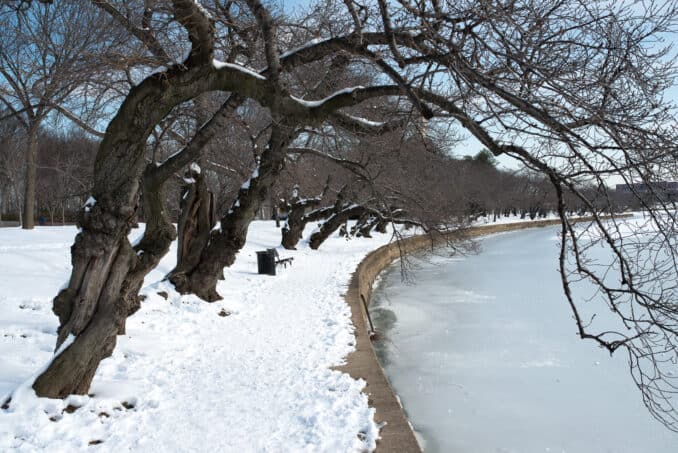 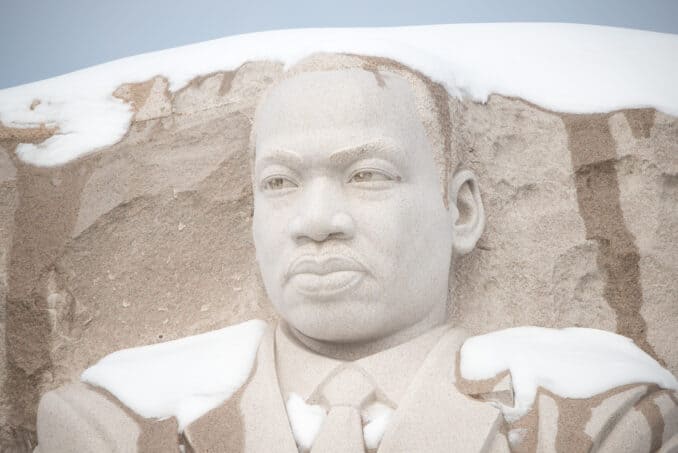 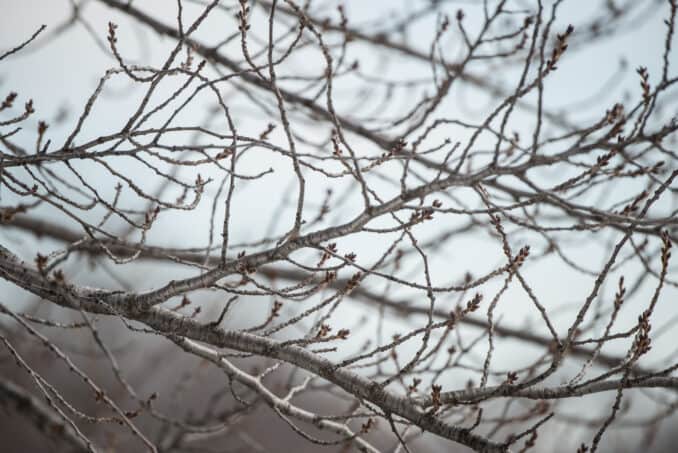 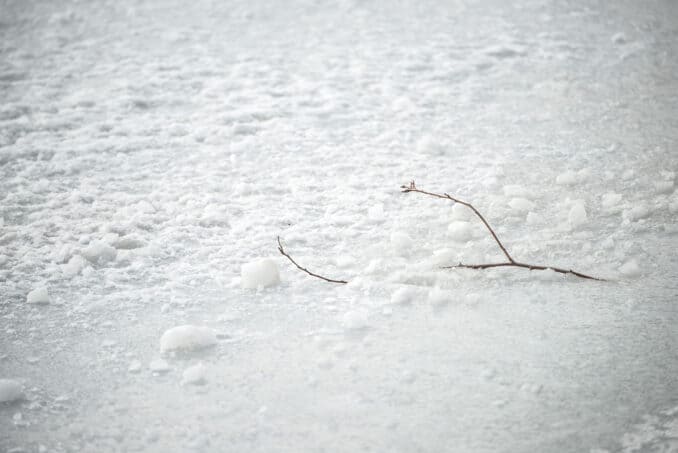 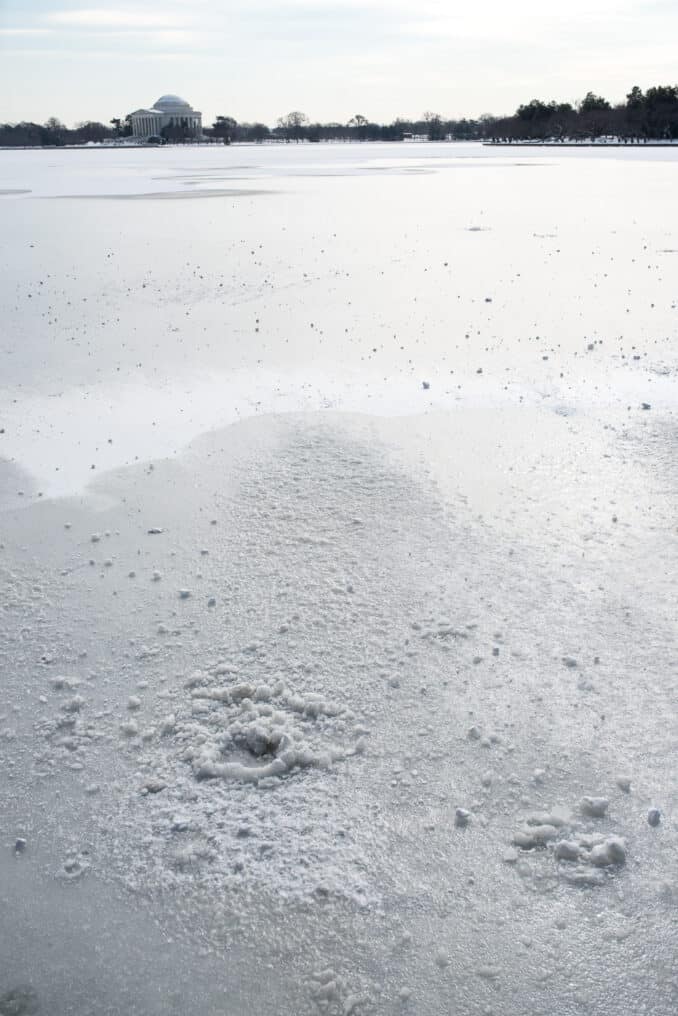 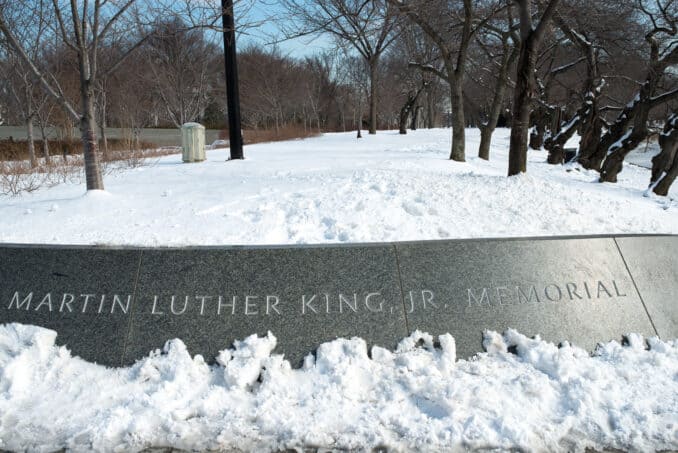 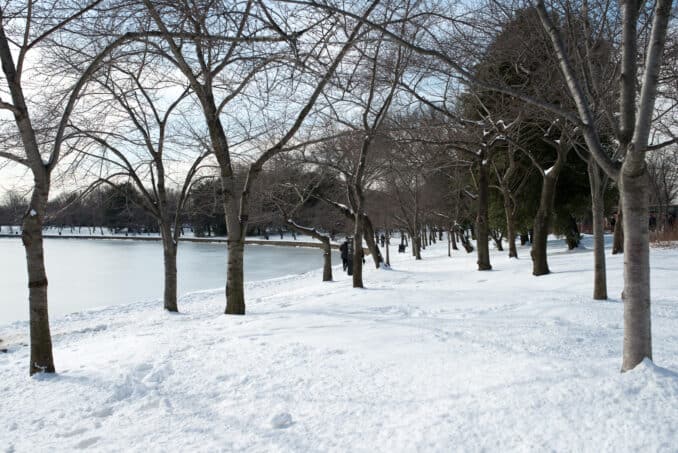 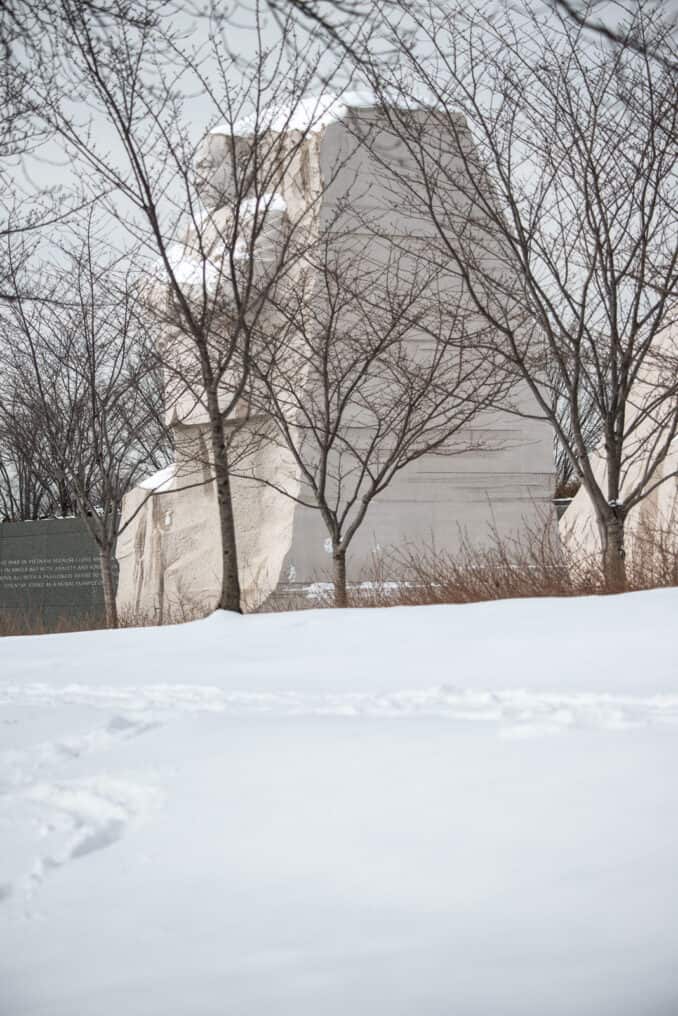 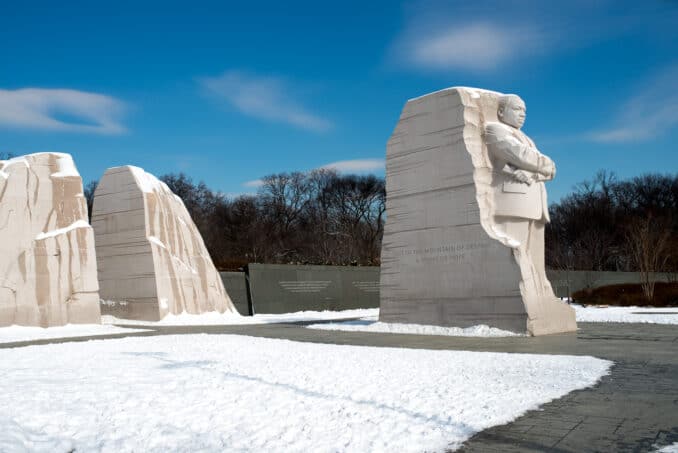 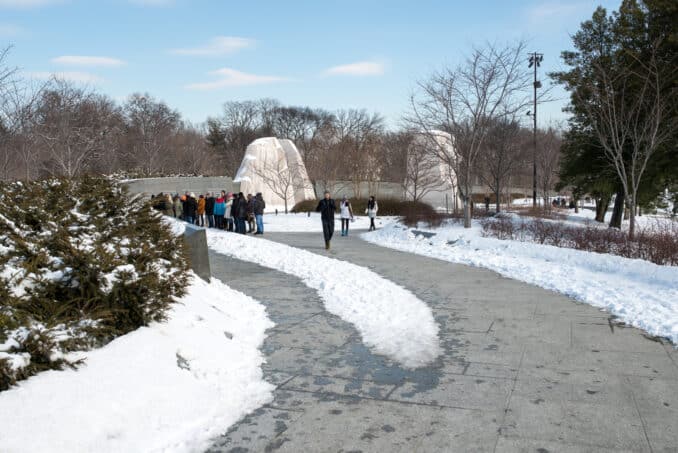 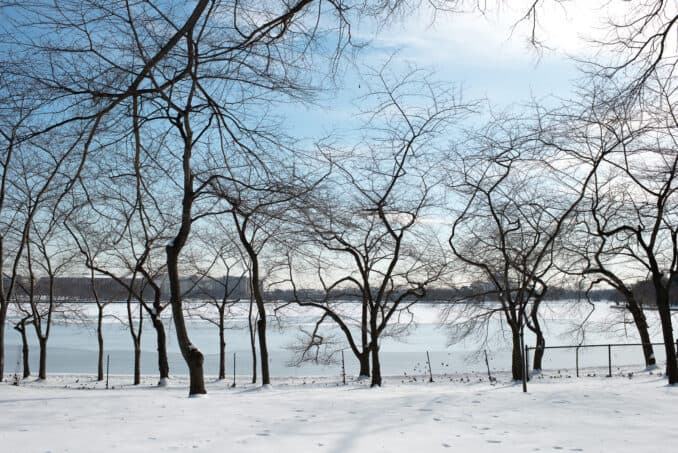 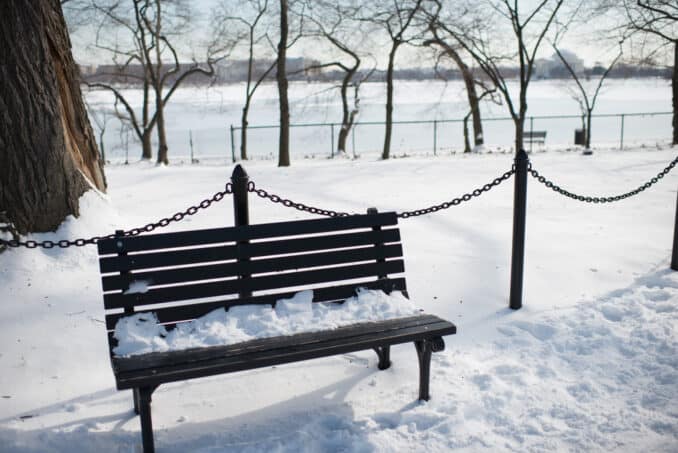