It’s bitterly cold out, but it’s a sparkling clear winter morning at the Tidal Basin. 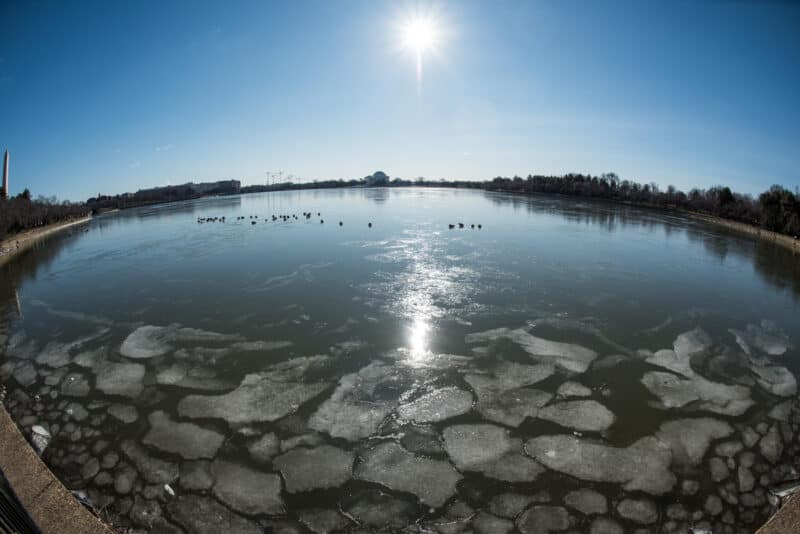 It's a little chilly this morning. Despite the bitter cold, it's a sparkling winter morning down here at the Tidal Basin.

The breeze is only light, but the wind chill is hard to ignore. There are a few brave runners out and some dedicated soccer players on the fields nearby. But the ones I can't help feel sorry for are the school groups on tour. The tour buses are starting to turn up more frequently now, and there were several groups down there this morning walking around the FDR and MLK memorials. Too many of the kids, and more than a few of the teachers and chaperones, simply weren't geared up properly for cold weather like this. Some didn't have gloves or hats or even proper coats.

The Tidal Basin is mostly frozen over, but the ice is only thin, and the geese have found the occasional break in the ice where they can seek refuge in the relative warmth of the water. As cold as the water is, it's still about 20° warmer than the air.

There's still not much to see on the trees themselves, as you can see in the close-up photos below. If you compare them to photos I posted around this time last year, the conditions look remarkably similar. We're expecting some snow/rain/sleet and wintry weather over the next few days. This time last year, we also got a few inches of snow–you can see those photos from February 18, 2015, here.

Here's how we're tracking so far for monthly average temperatures. We had a warm start to February, but now that we're halfway through the month, the recent cold snap has dragged the in-progress monthly average down back to precisely the average for the month.

We should start getting the first major peak bloom forecasts in 2 to 3 weeks. The experts will be taking a look at how the trees are looking, how the winter has shaped up thus far, and the long-range weather forecasts over the next 6-8 weeks. Sometime around early March they should put out their first prediction for the season. Sometimes those first forecasts stick–as they did last year–and sometimes they get revised as we get closer to the date. As always, you can find the latest information on the 2016 peak bloom forecasts page. 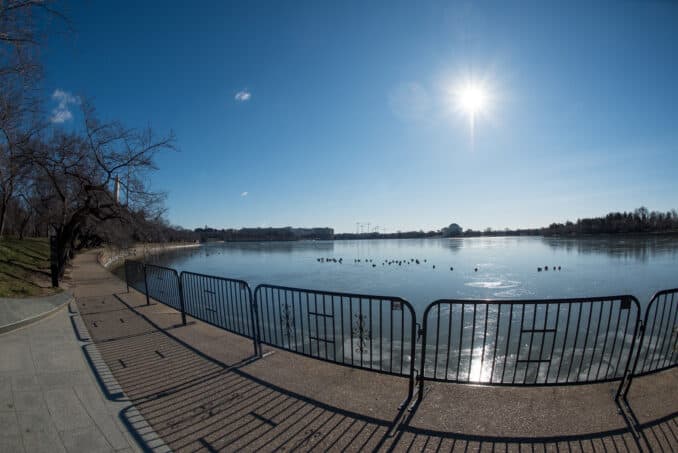 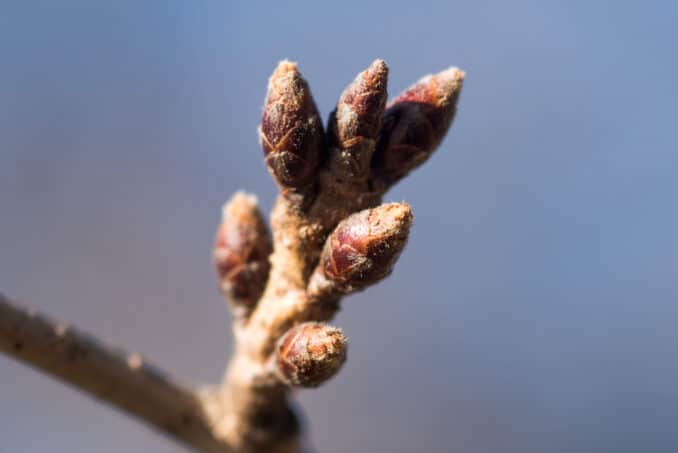 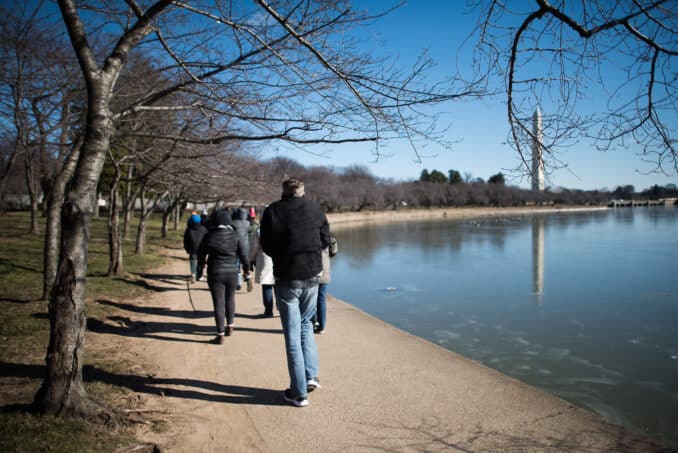 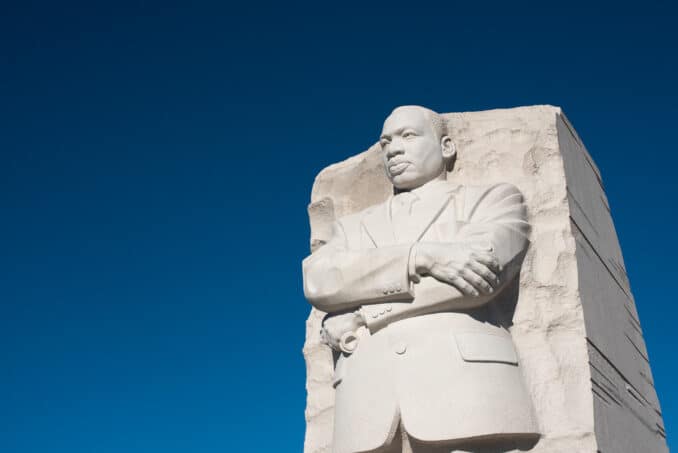 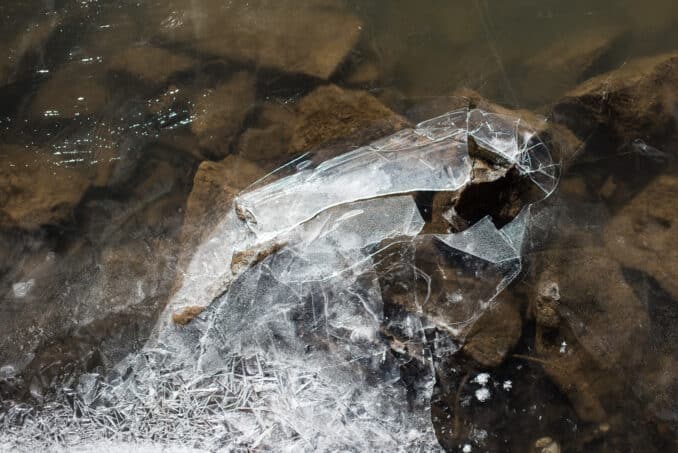 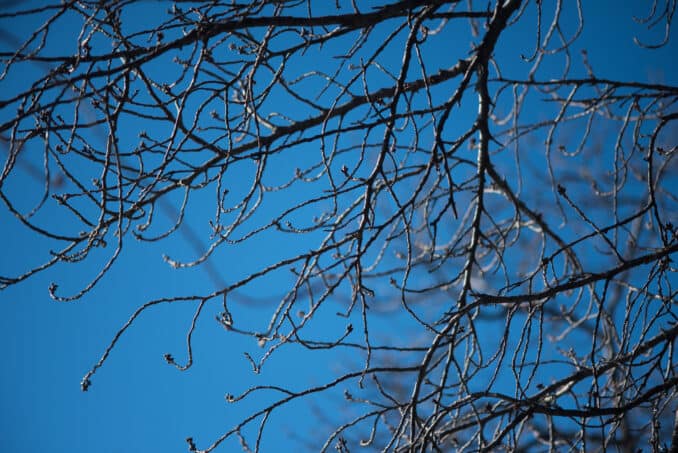 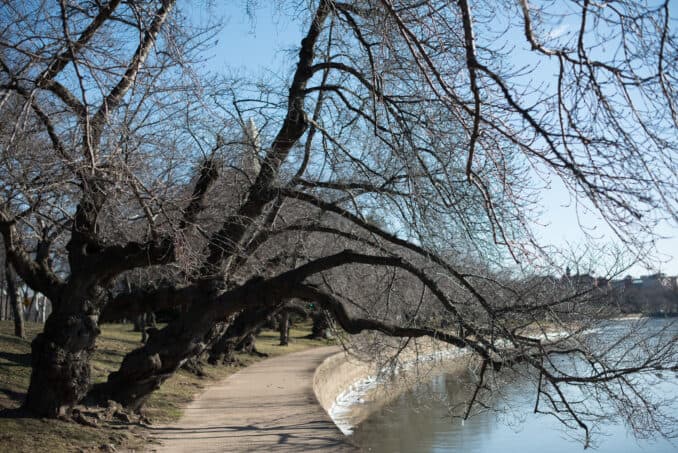 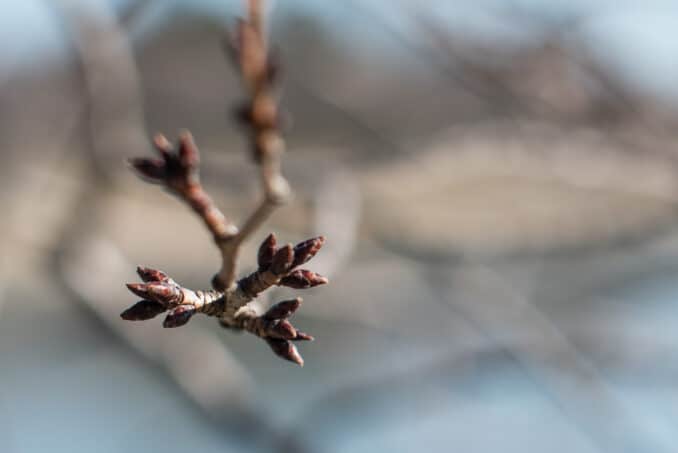 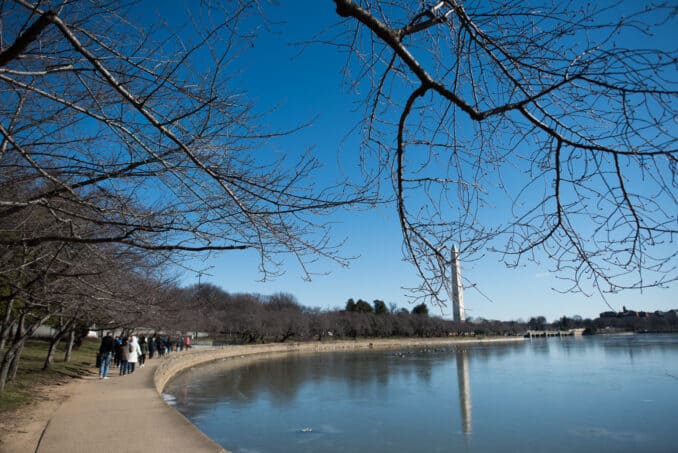 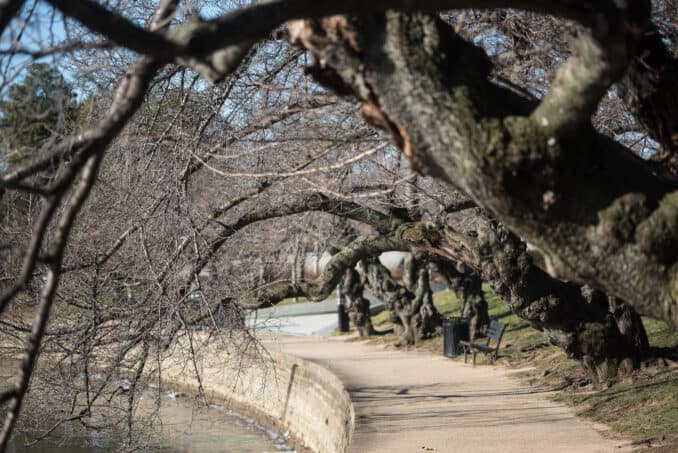 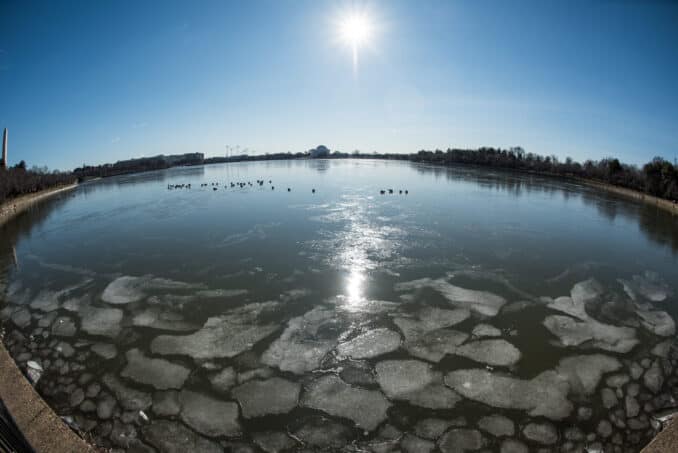 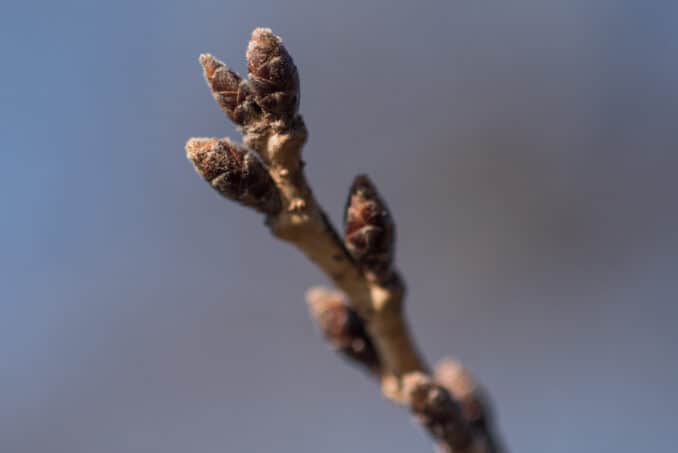 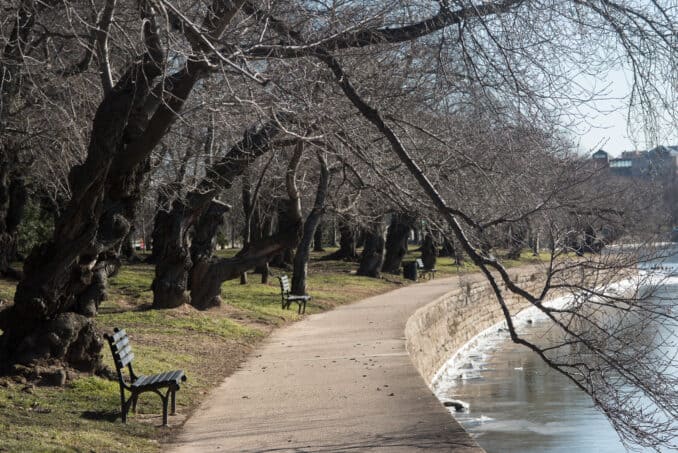 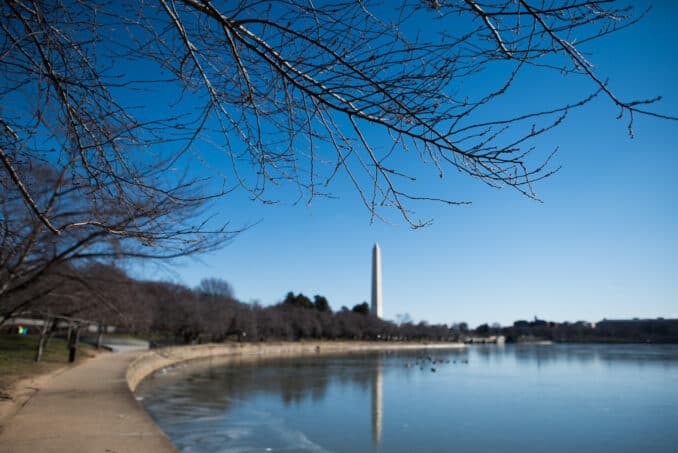 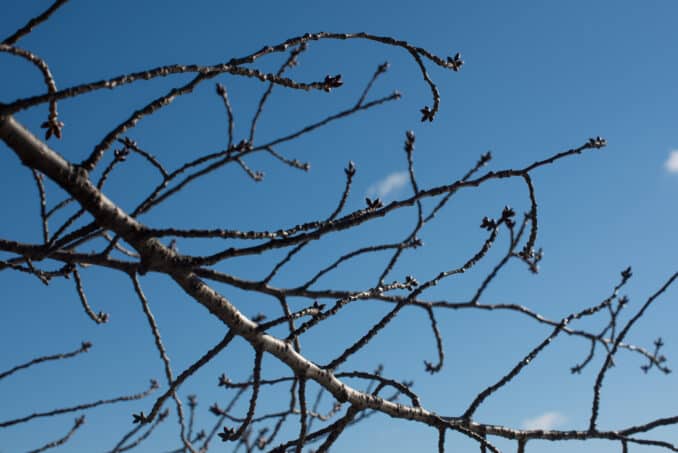 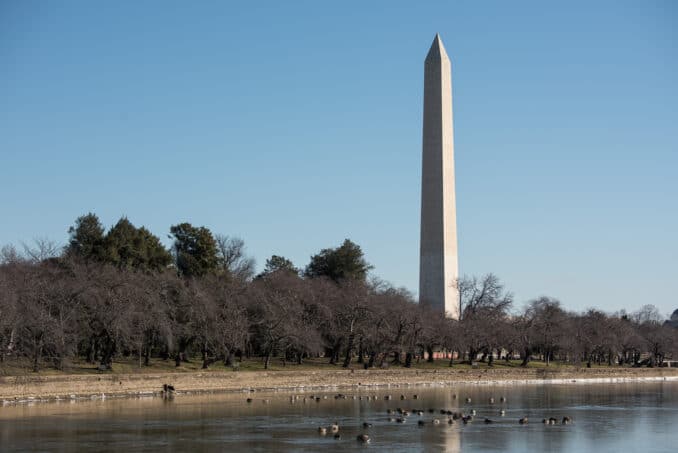 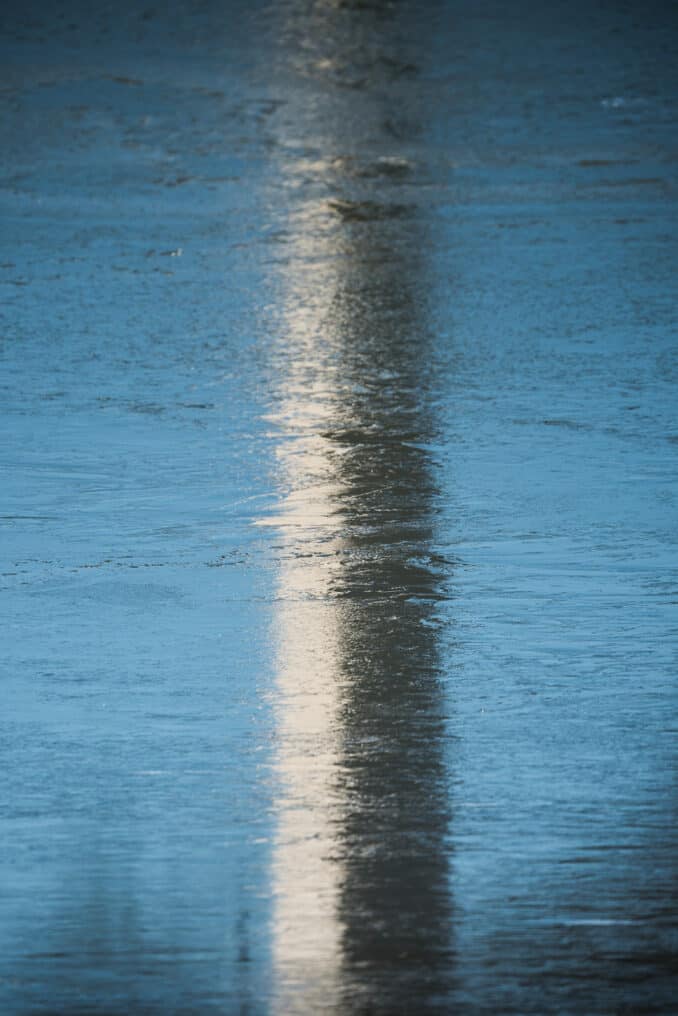 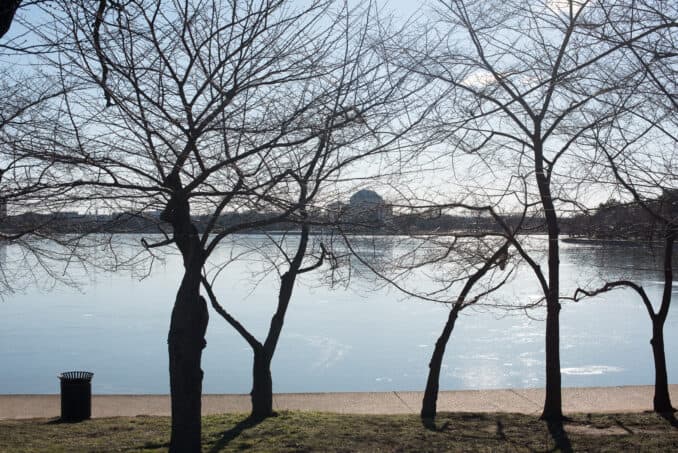 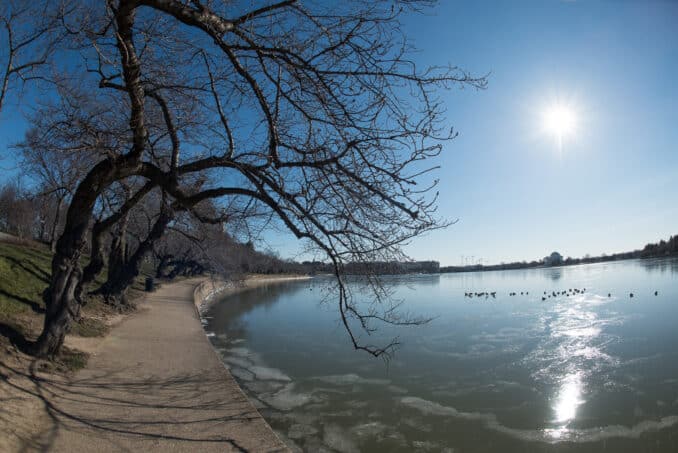 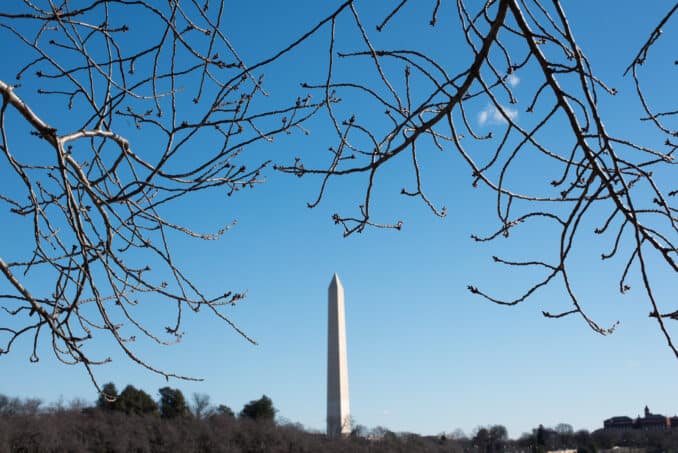 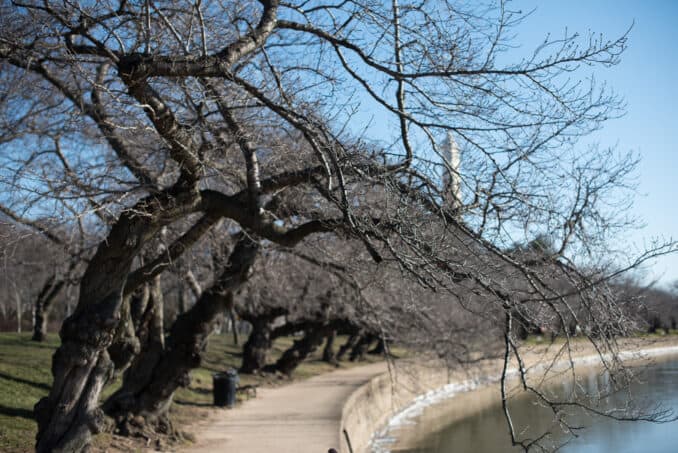 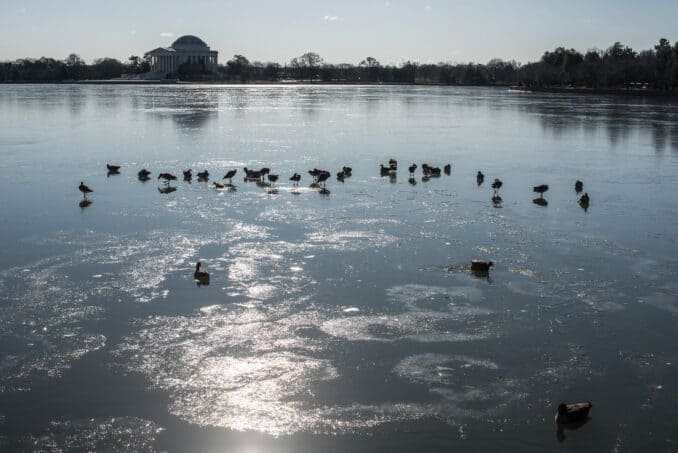 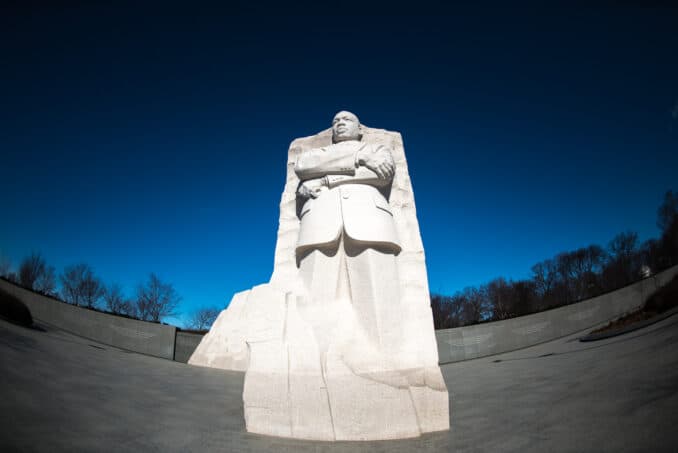