There’s not much new to report on the trees, but we should start getting some of the initial peak bloom forecasts coming out around 3 weeks or so. As always, I’ll be updating the peak bloom page to keep it up to date.

We’ve seen some topsy-turvy temperatures lately, with a couple of extremely cold arctic blasts. While they were nothing like the brutal conditions further north, we still saw temperatures down around 10°F. But we’ve also seen some much-warmer-than-normal temperatures up into the 60s and 70s that have dragged the average up. So, despite those attention-grabbing cold spells, January still managed to average slightly above normal for the month. That’s coming after a December that was also warmer than normal.

Here are the monthly averages so far for the 2018-19 winter:

And here’s how the daily average temperatures have been tracking (blue) compared with the historical average (red) so far since the beginning of December.

So far, then, temperatures have been warmer than normal. If that keeps up–and that’s always a big if because things can change quite dramatically–it would suggest an early bloom. But there’s still plenty of time for that to change, so I wouldn’t be putting much stock in it just yet.

Because there hasn’t been much new to report of late, the updates haven’t been very frequent. But as there comes more to see and report in coming weeks, I’ll increase the frequency of the updates. So stay tuned!

How It’s Looking at the Tidal Basin

I’ve included some photos that I took yesterday. As you can see, the buds are about where you’d expect: fully wrapped up for the winter. So there’s not much visual evidence yet of what’s coming over the next 6 to 8 weeks. 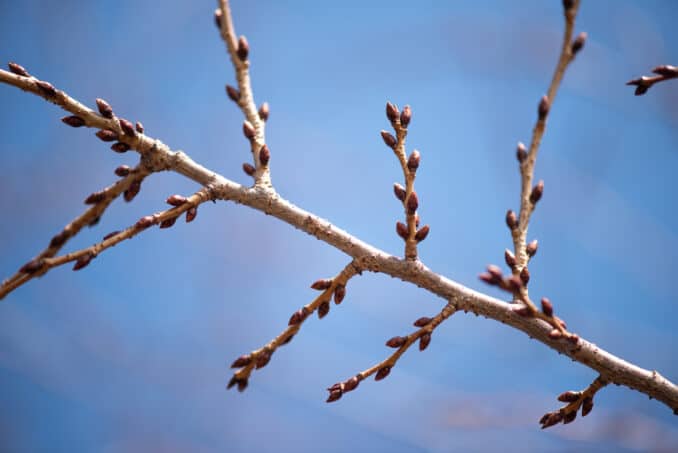 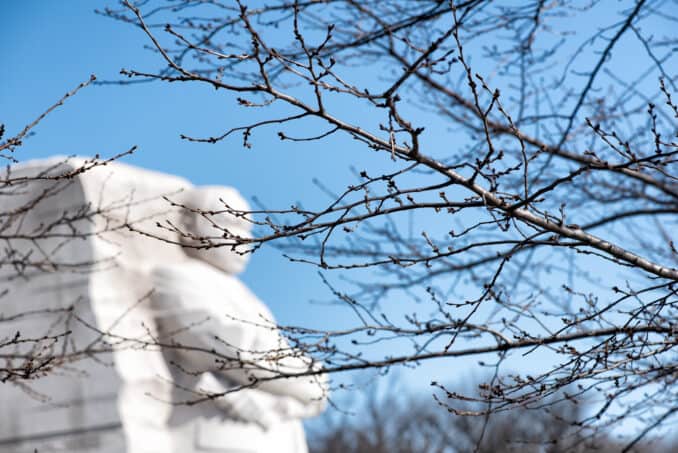 At the MLK Memorial. 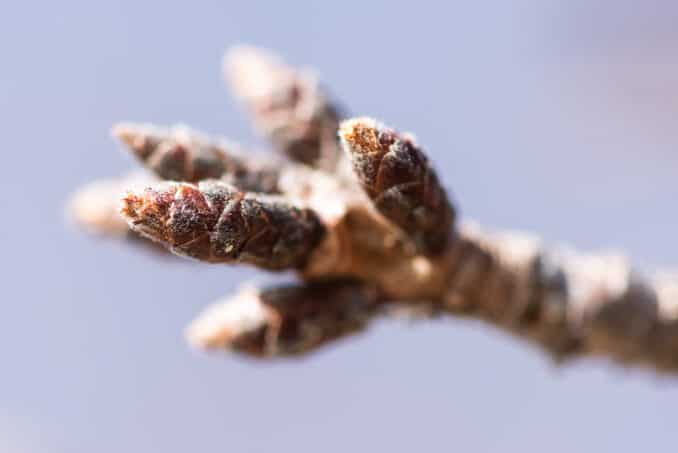 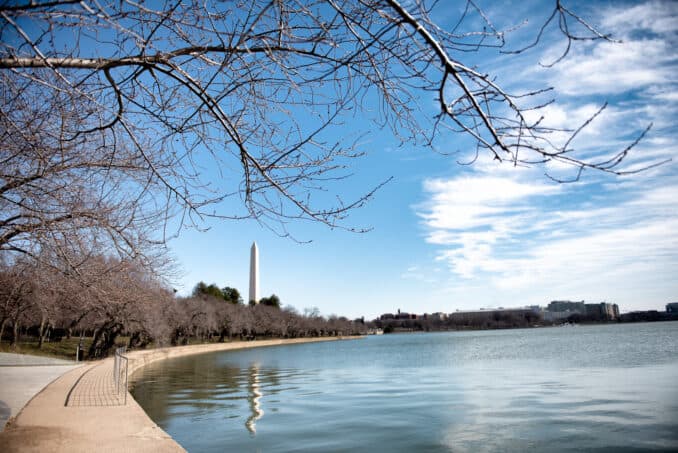 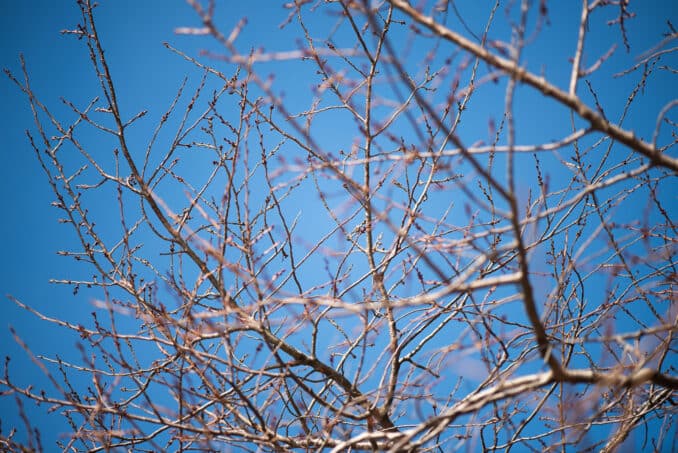 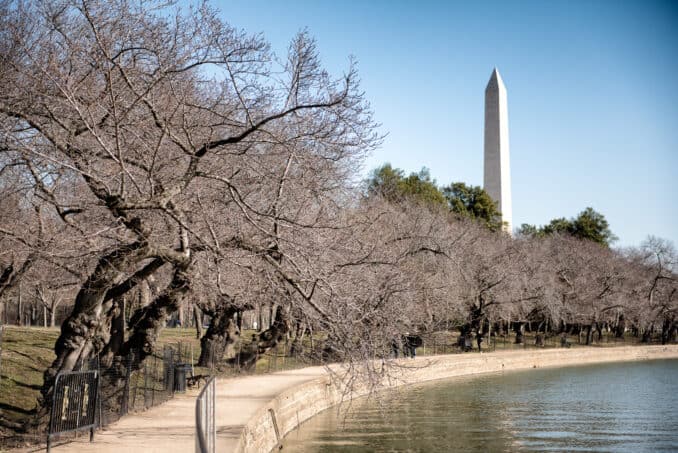 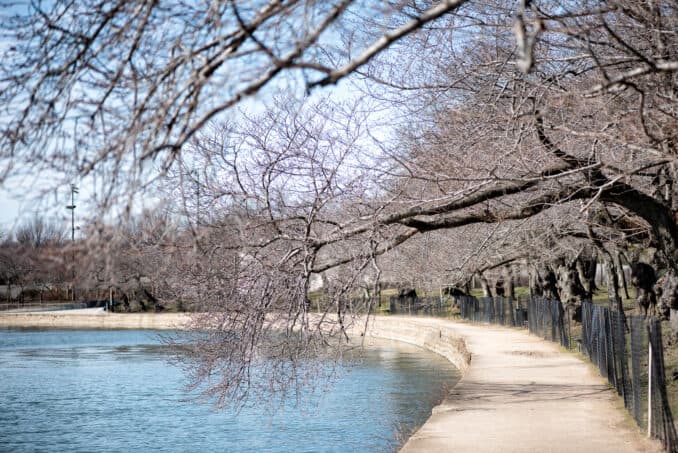 This stretch along the western bank between the MLK Memorial and the Japanese Lantern includes some of the oldest of the trees, including some that are over a century old. 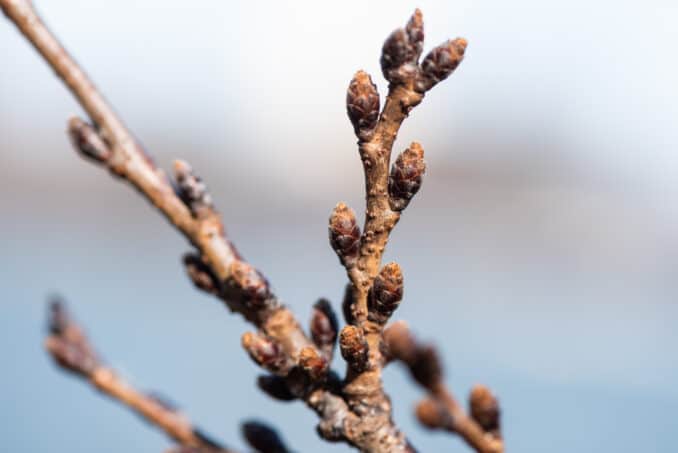 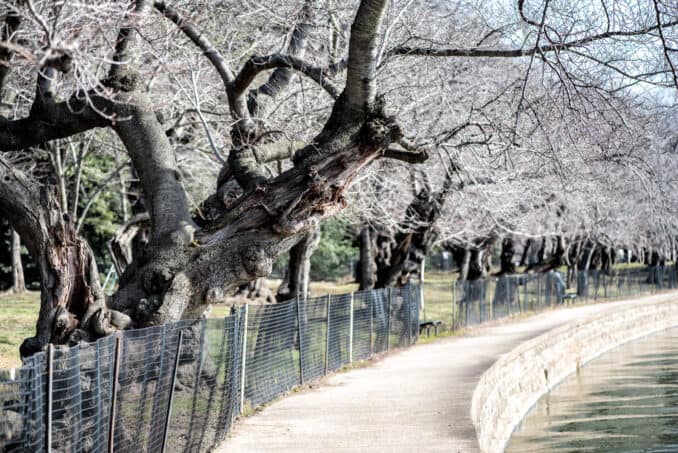 This stretch along the western bank between the MLK Memorial and the Japanese Lantern includes some of the oldest of the trees, including some that are over a century old.

Looking for travel stock photos or prints? I might be able to help. You can search my collection here:
If you already have a buyer account with Alamy and would prefer to use that, you can search my images directly here.
1.1Kshares