There are several things to update on today. It stayed surprisingly sunny and warm through the weekend, and that has brought many more flowers out. While not every tree is flowering fully yet, overall they’re now close to full bloom. The NPS judged that 70 percent of the blossoms had reached the “puffy white” stage yesterday.

It now looks like peak bloom is likely to be ahead of the predicted range, perhaps around mid- to late-week. If you head down anytime in the next few days you won’t be disappointed–they’re looking lovely now, and as more flowers come out they’ll look even prettier.

But there’s an important wrinkle: the weather isn’t cooperating. The issue wasn’t the rain early this morning or the cool and breezy conditions today. It’s the cold front that’s coming through around Wednesday-Thursday. It looks like it might hit with a bang, with both heavy rain showers and very strong winds. Neither of those things is a good thing when the blossoms are moving into and past peak bloom and the petals start to get fragile, but together they amount to a one-two punch. Assuming the front comes through as strongly as currently expected, it’s very likely to knock some petals off, but it’s impossible to predict just how much damage it will do. It’s also possible it might not do much at all. We’ll just have to wait and see, and I’ll of course be following closely and posting updates.

Obviously, the trees don’t care what day of the week it is, and it looks increasingly likely that peak bloom will fall during the coming work week. But the reality is that many people can only visit on a weekend. So I’ve been getting a lot of questions from readers asking about which weekend is best. Here’s a quick state of play. As usual, the further ahead we look the more uncertainty there is, and things can change quickly.

This weekend (April 7-8). In terms of the bloom itself, this is the weekend that is likely to have the most flowers out. But the weather isn’t cooperating in the slightest. Firstly, there’s unsettled weather expected in the days leading up to the weekend. Heavy rain and strong winds that are expected midweek aren’t helpful as the flowers become fragile after they peak. It’s impossible to predict how much damage the weather will do to the blossoms before the weekend–we just have to wait and see. And to be clear, it’s quite possible that it won’t do much damage at all. And then once we get to the weekend itself it’s shaping up to be cold and wintry, with some forecasts even calling for a little snow.

Next weekend (April 14-15). The way weather conditions are shaping up, the odds are reducing that there’ll be much left to see on this weekend. But there’s still a chance there might be some flowers left. There’ll be plenty more updates before then so we can see how they’re tracking.

The Japanese Stone Lantern in the foreground. The Jefferson Memorial in the background.

One of the trees that’s further behind and hasn’t yet started blooming properly. 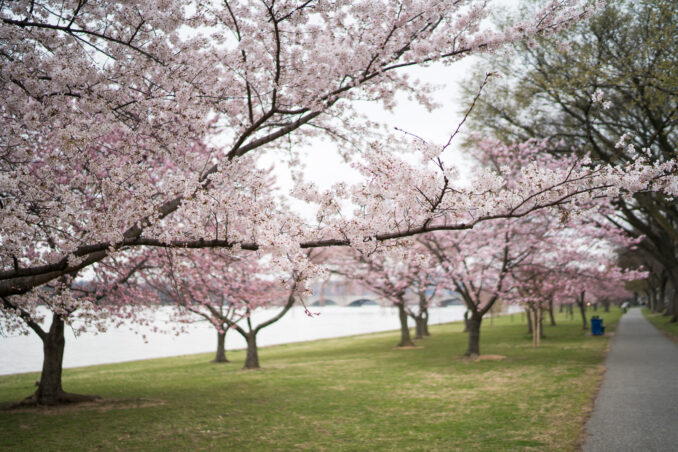 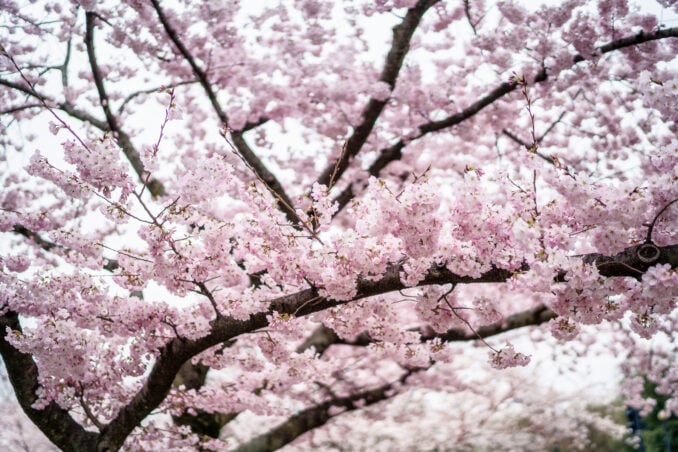 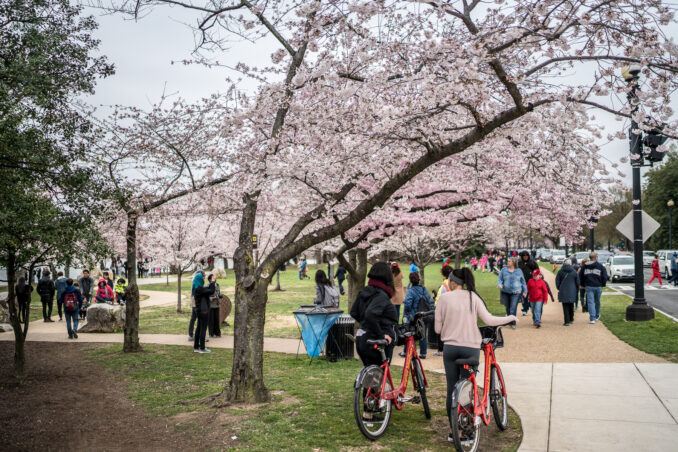 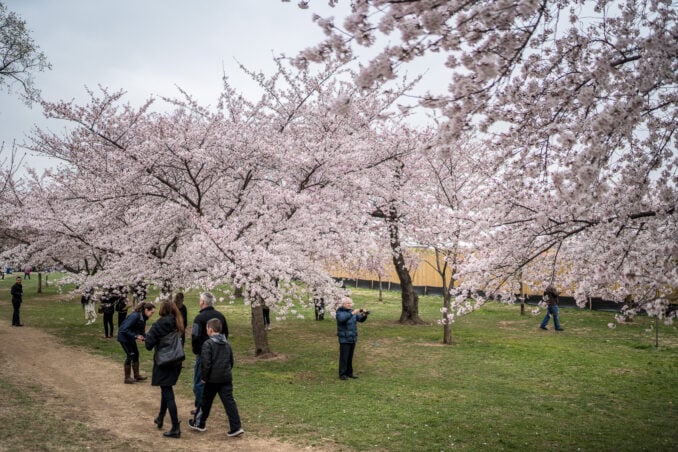 This cluster is by the Washington Monument. They hang quite low and make for very good ones for selfies or people photos (if you don’t need a scenic background and can work around the fence).

There are some more tulips coming out at the Floral Library, but it’s still roped off. 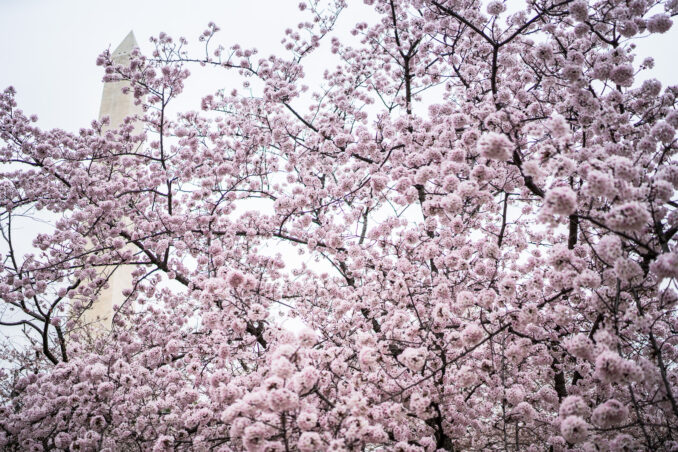 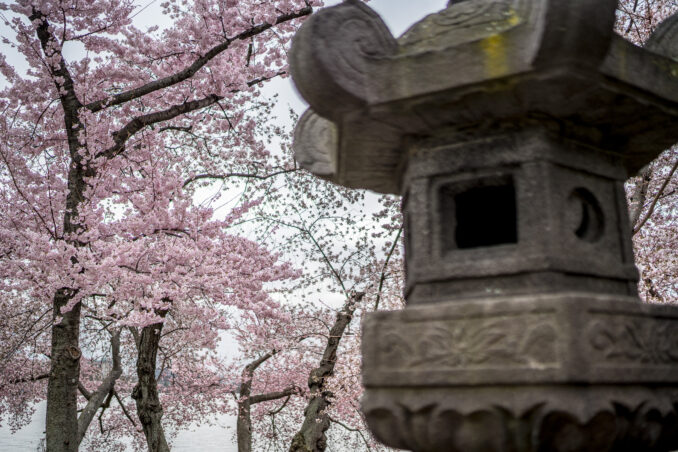 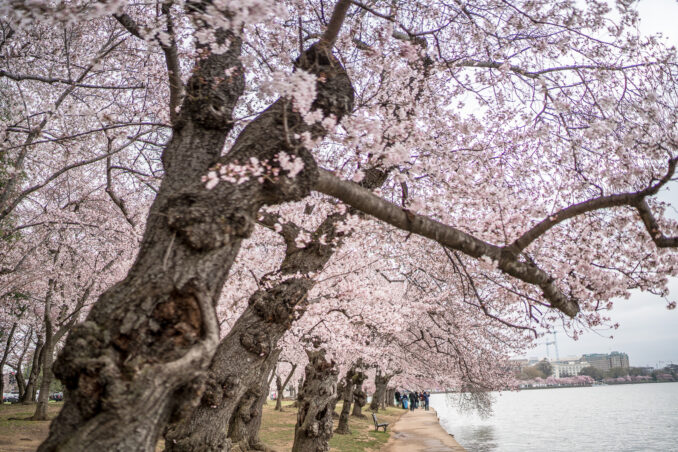 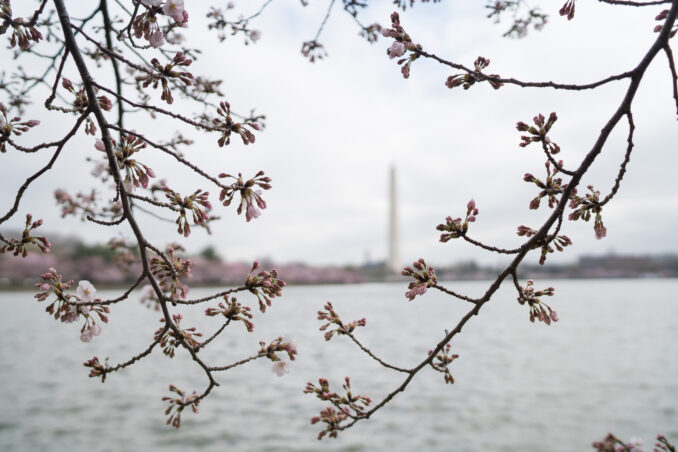 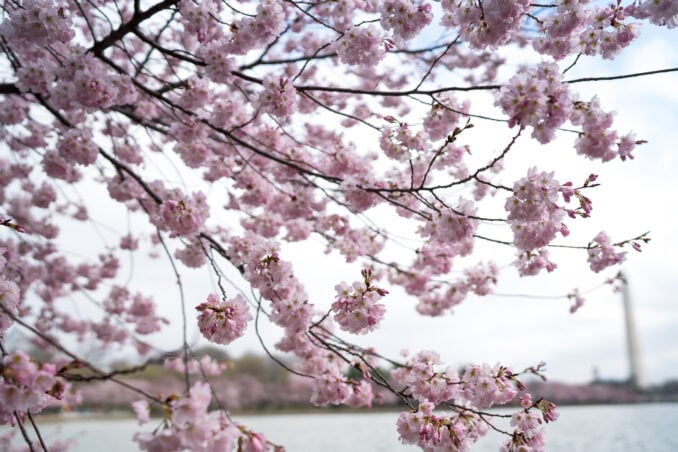 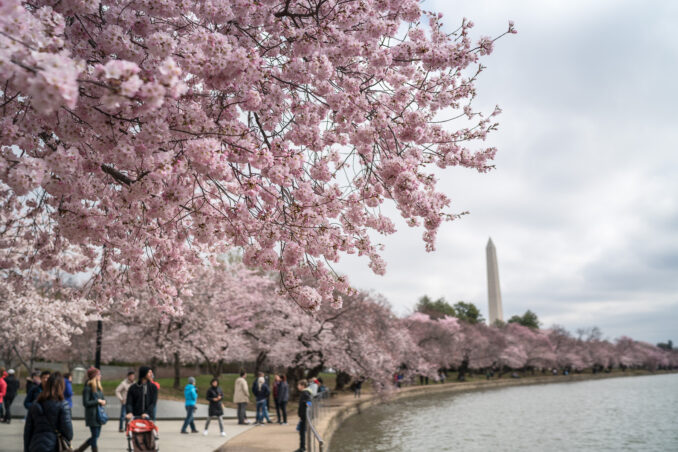 Magnolias at the Smithsonian Castle

They’re still looking great, but they’re moving past their prime now and shedding petals. They probably won’t last past the rain and wind later in the week, so if you want to catch them, I’d recommend going sooner rather than later.

Here are some shots of how they’re looking this morning. 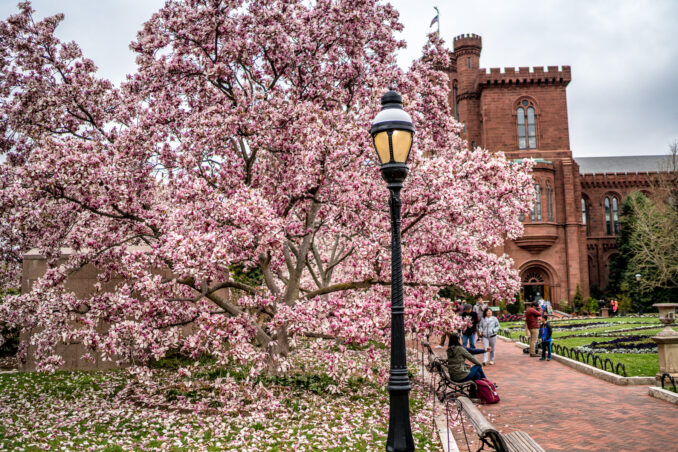 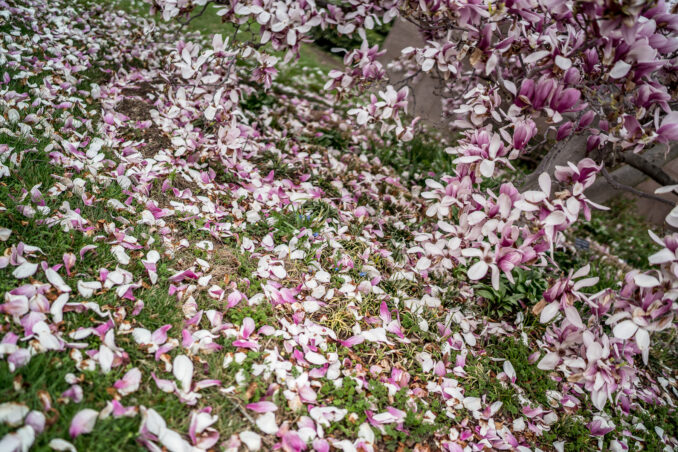 Some readers have been asking about the Kwanzan cherry blossoms. These shots were taken this morning–there’s not much to see yet. On average, they bloom around 15 days later, but it can also be longer (up to a month).

I’ve been tracking this specific cluster of buds/flowers for a couple of weeks now. Here’s the latest shot. This tree is by the FDR Memorial.

Looking for travel stock photos or prints? I might be able to help. You can search my collection here:
If you already have a buyer account with Alamy and would prefer to use that, you can search my images directly here.
913shares