The “snow” is coming down more heavily now as more petals get knocked off in the breeze. So there are more petals on the ground and on the water, but there are many, many times more still on the trees. The flowers aren’t looking as fluffy and pristine as they were–especially up close–but from a distance they’re still very pretty. Every gust is bringing more and more petals down, and you can’t help but get them on you as you walk among the trees.

You can see some shots of how they looked this morning below. There are also some shots from the Floral Library.

A big thank you to the hundreds of people who have sent in their photos for the Reader Photos. You can find the latest installment of reader photos, posted yesterday, here and the first two here and here. Submissions are now closed–thanks again to all who have sent photos in.

Weekend of April 14-15. They peaked this past Thursday (April 5), so we’re now over a week after peak bloom. We had cool and calm conditions that helped the bloom last well, but conditions have turned. It’s now much warmer and breezier. That means more petals coming down all the time and more green leaves coming through as the trees move toward leafing out.

It also means that there’s likely to be reasonably big differences in relatively short periods of time. Each day there’ll be fewer petals on the trees to see, so if you have the chance, sooner is much better than later. By late Sunday, rain (and maybe even thunderstorms) is expected on and off into Monday. Given how fragile the petals are now, there’s every chance that’s going to make a real dent on how they look.

If you are coming in this weekend, there are two parades in the downtown area on Saturday as well as a march: the National Cherry Blossom Festival Parade and the Emancipation Day Parade and the March for Science on the National Mall. The Washington Post has a very good overview of the impact on the logistics of getting around, including road closures.

There’s a chance of rain Sunday night into Monday. That’s another strike against prolonging the bloom much longer.

How It Looks This Morning

These were taken mid-morning today. The petals are coming down at a much faster rate than they had been in previous days. 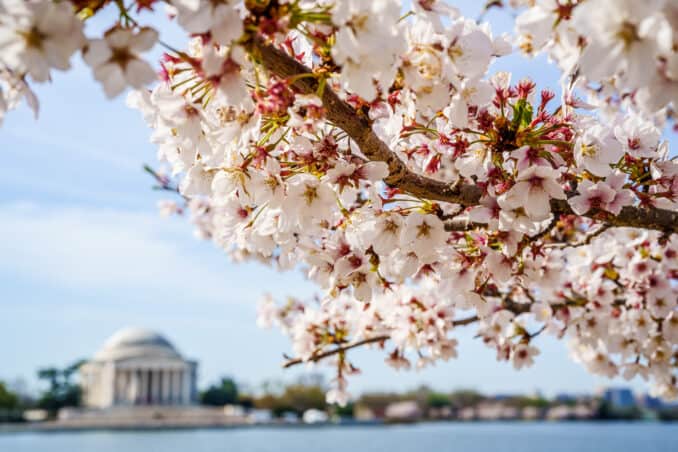 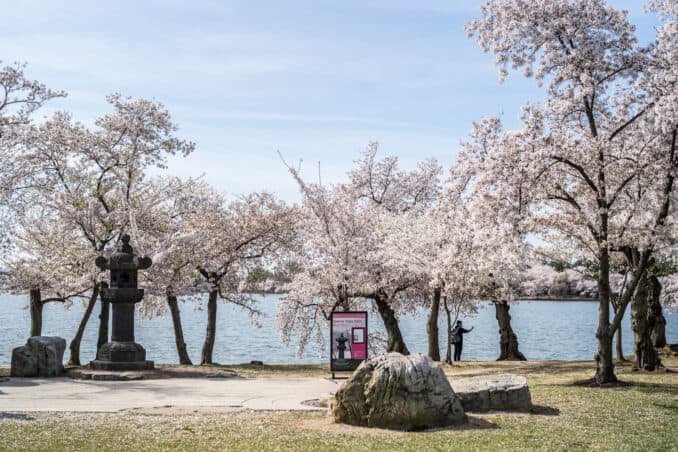 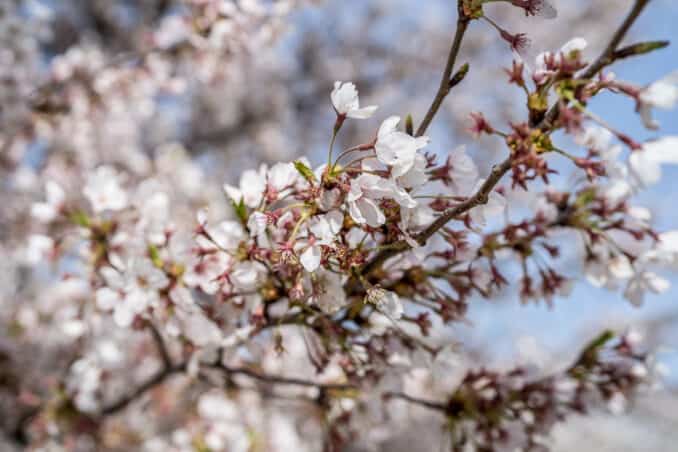 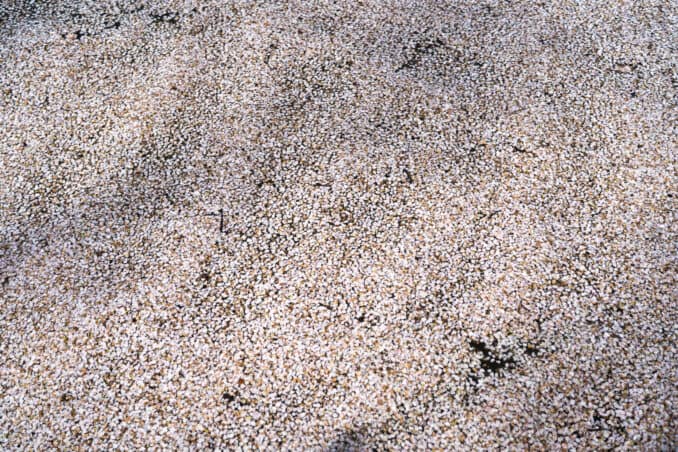 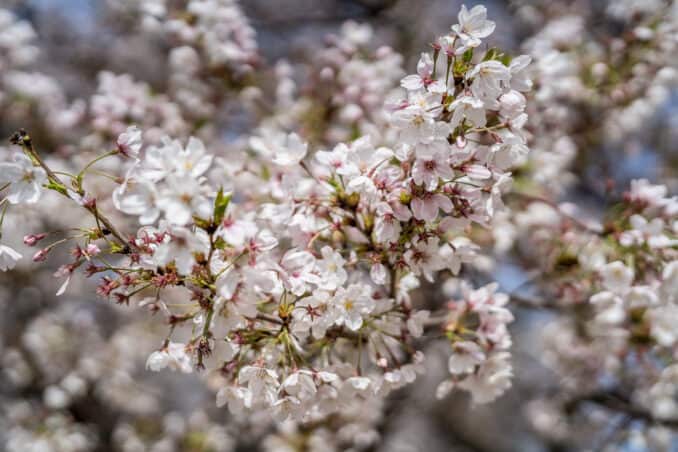 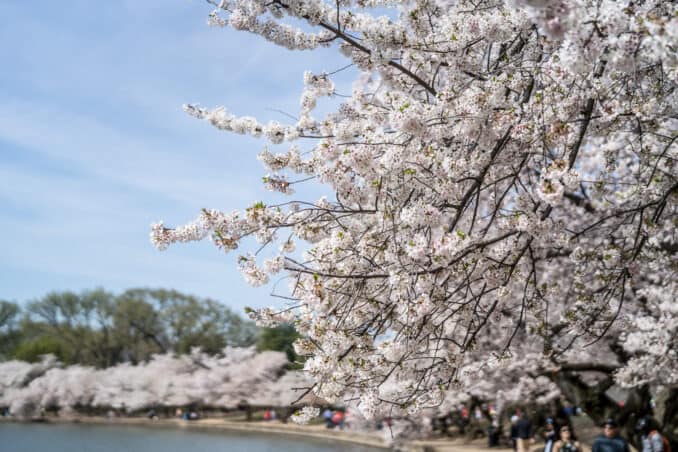 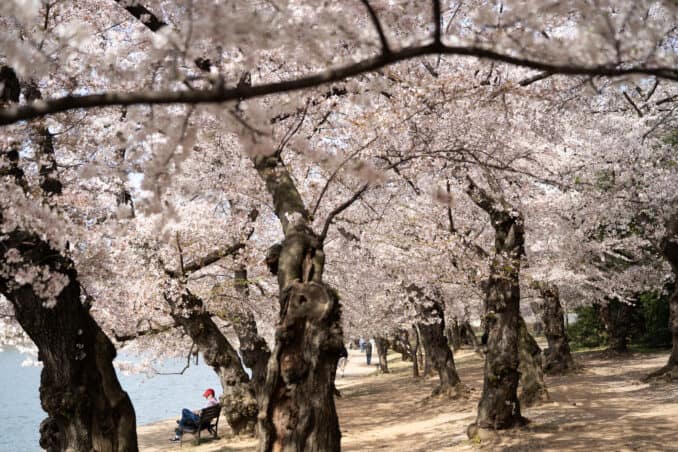 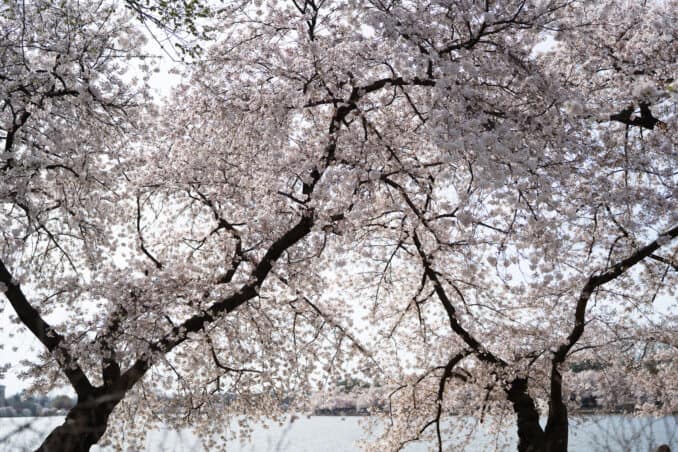 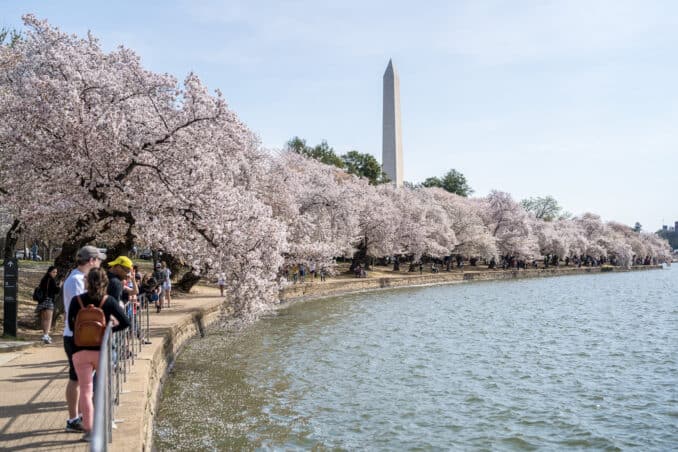 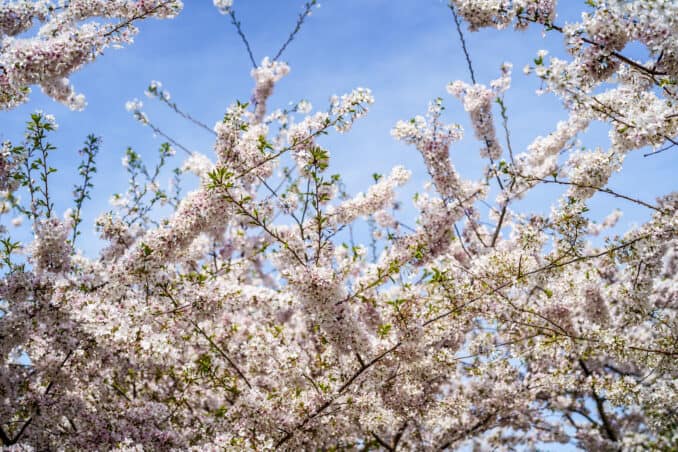 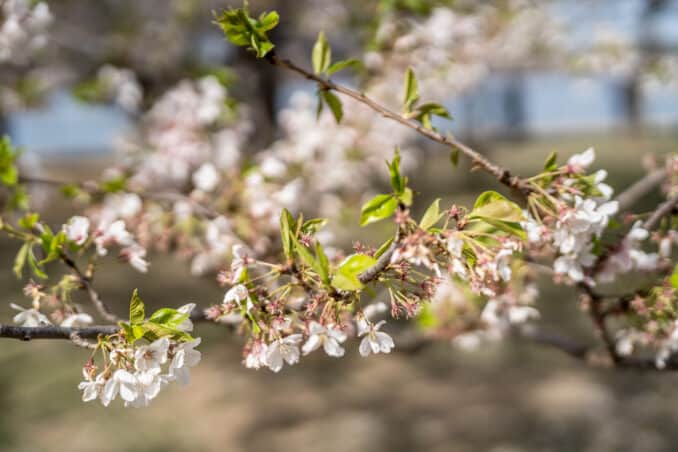 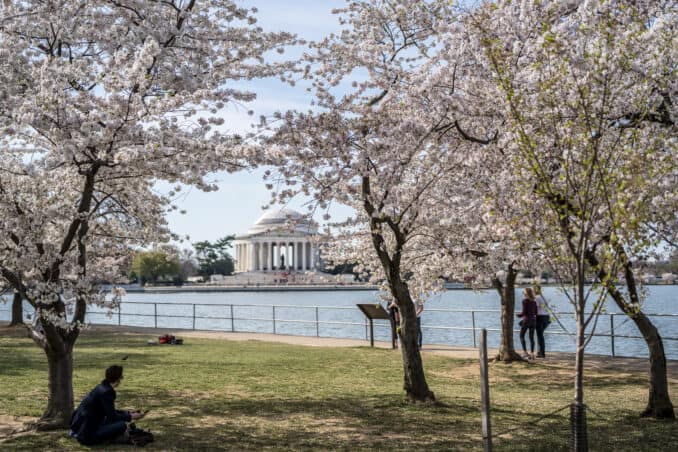 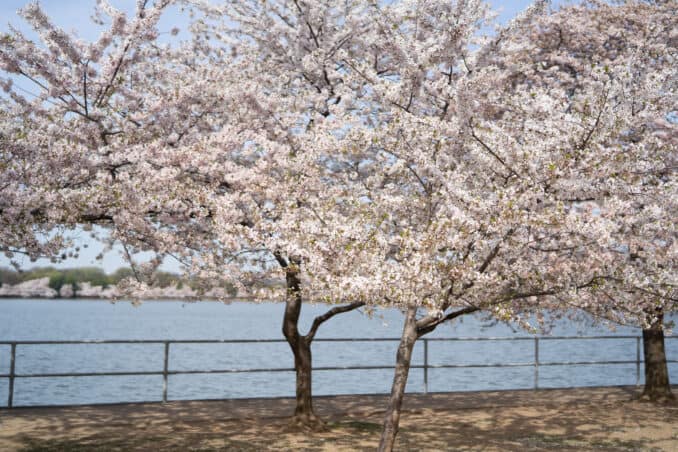 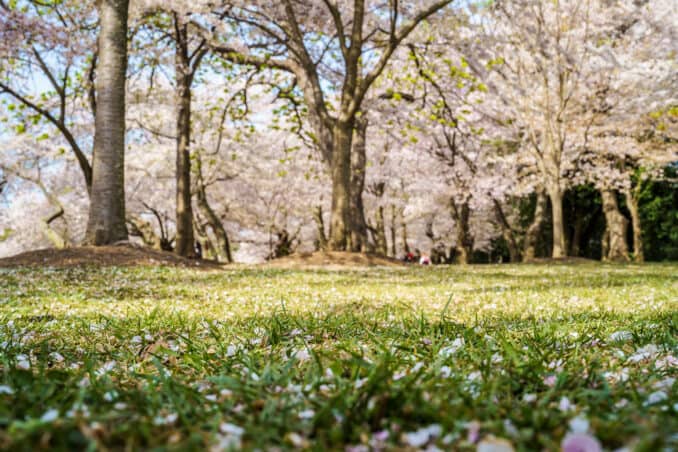 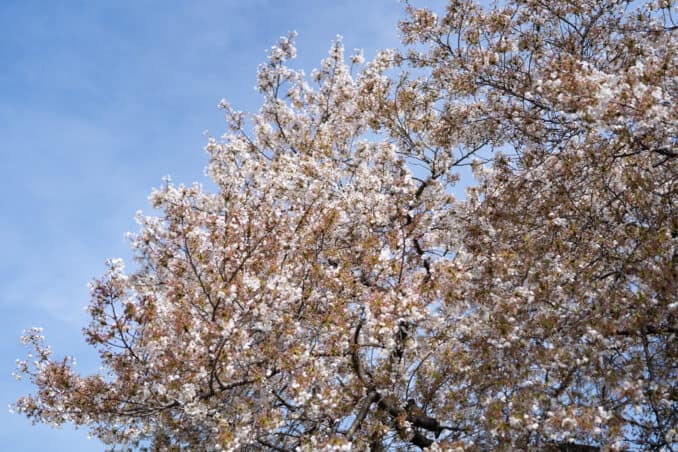 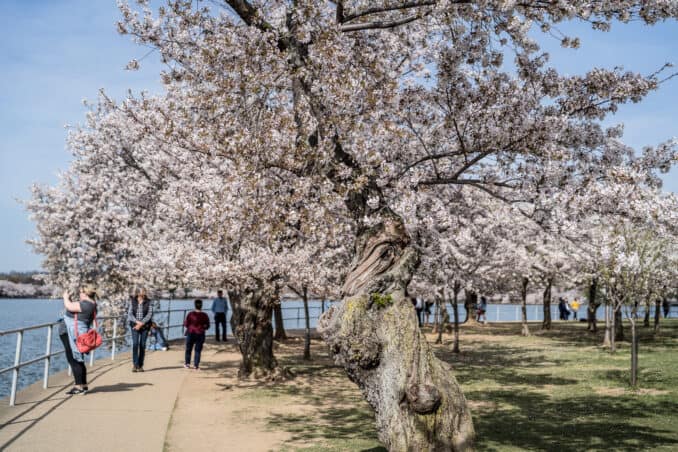 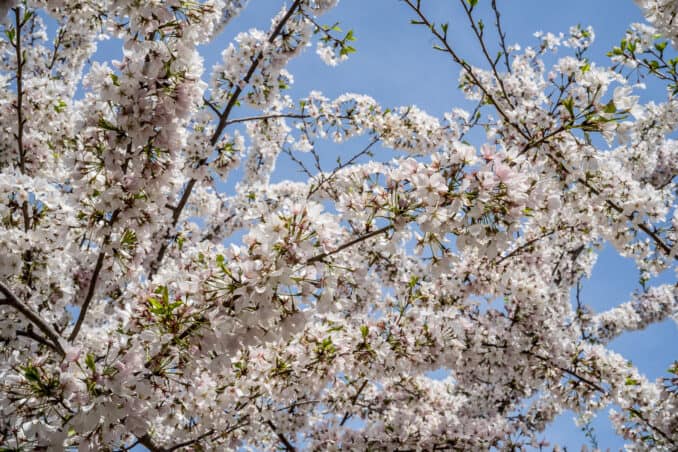 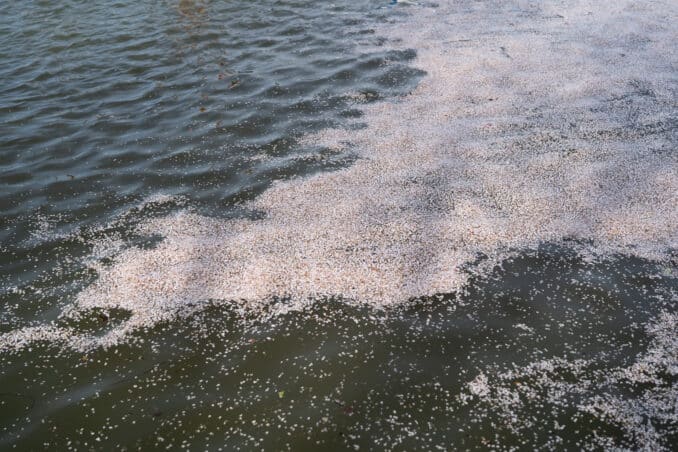 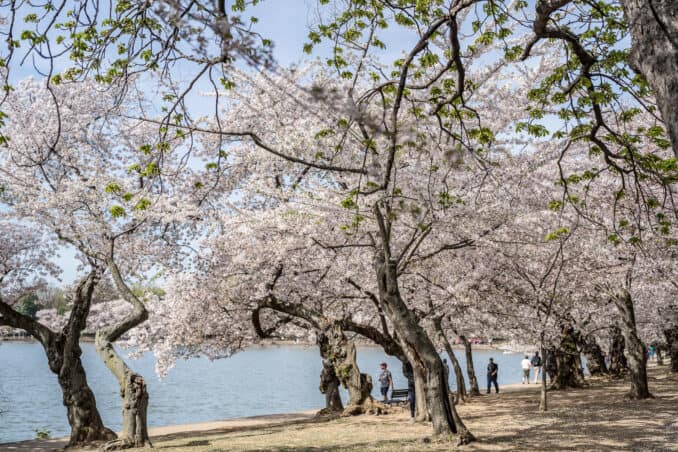 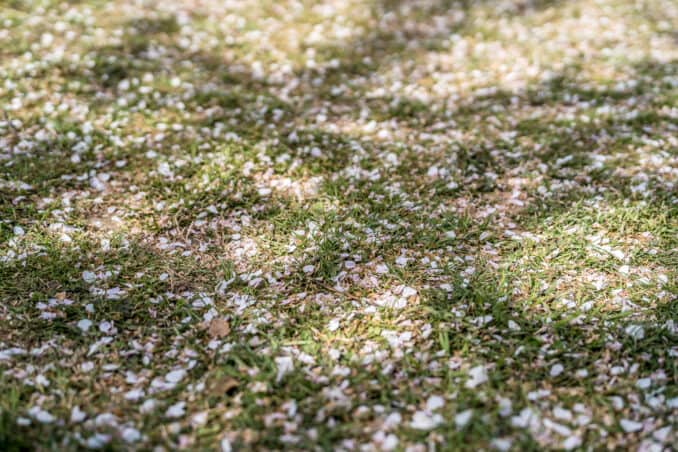 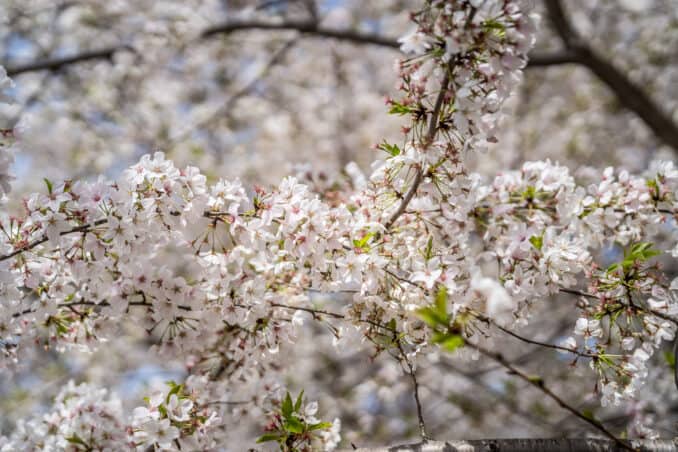 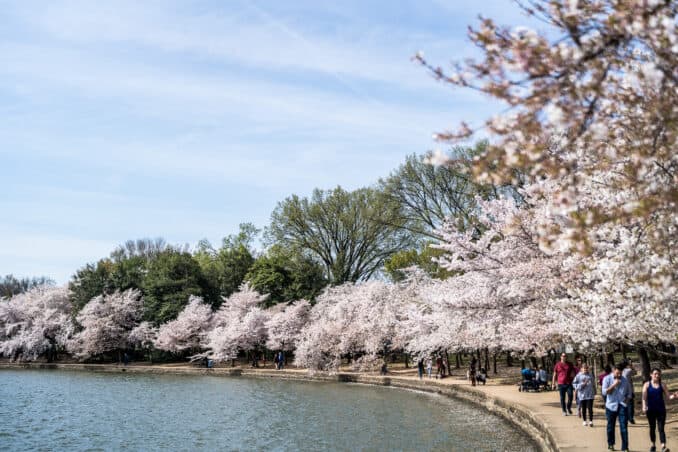 I’ve put together some more detailed information in posts on how to get there and where to park:

The special one-way traffic restrictions are in place along Ohio Drive, so you can’t enter down by the John Ericsson Memorial (the Lincoln Memorial end). Instead, you’ll have to do the circuit around the Jefferson Memorial.

More tulips in the Floral Library have come out just in the past few days. It’s not all of them–maybe 2/3 of them are now flowering–but there are multiple different varieties. 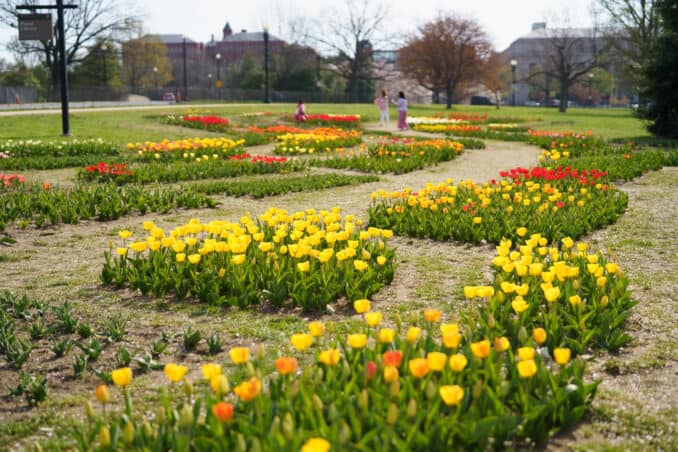 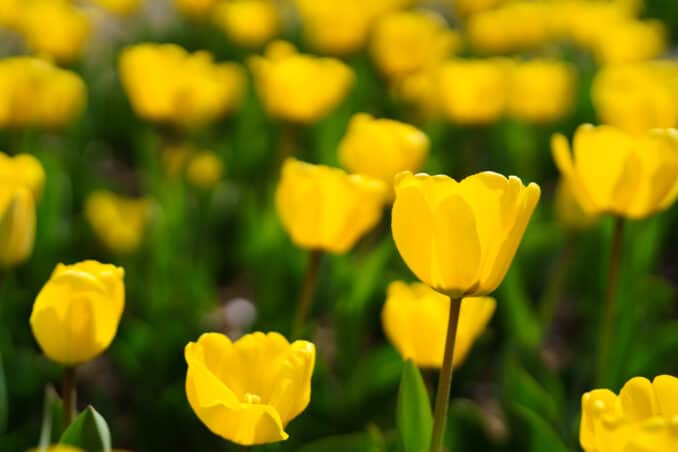 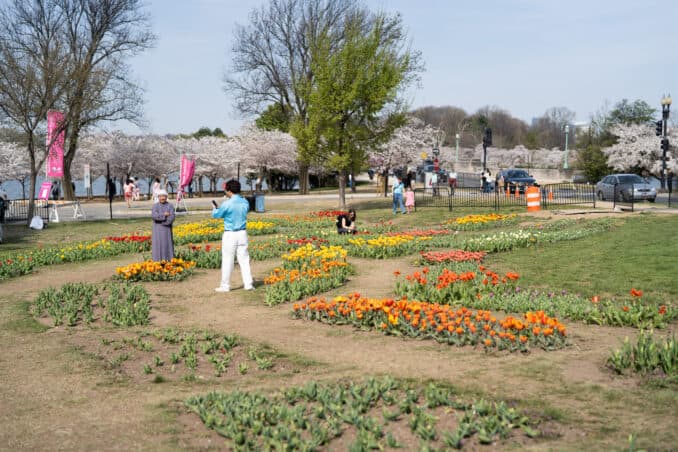 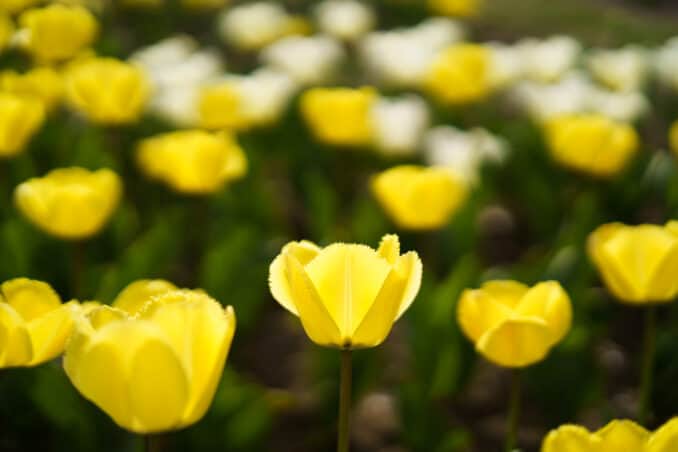 Looking for travel stock photos or prints? I might be able to help. You can search my collection here:
If you already have a buyer account with Alamy and would prefer to use that, you can search my images directly here.
166shares