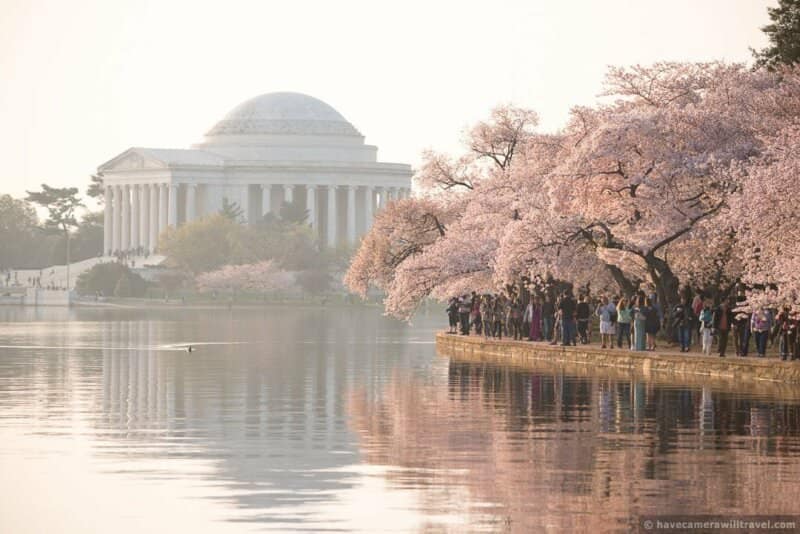 If you're planning on going to the Tidal Basin today, driving and parking probably isn't your best bet (here are some other ideas). By about 6:30AM there were already a lot of people driving around hunting for a parking spot.

Here's some ideas of what we can probably expect over the coming week. This isn't an exact science, and there are variables like storms and hot or windy weather that can help speed things along. In the past few years, most of the blossoms have been gone by about 6 days after peak bloom. I plan to keep adding regular updates through the week, so check back to find the latest status.

UPDATE: Hot, windy weather ended up speeding things up and most of the blossoms were going by Monday.

UPDATE: By Tuesday the blossoms were mostly gone. You can see the photos in Tuesday's update.

Easter Weekend (Apr 19-20): Most of the blossoms will probably be gone. But because they don't all flick the switch at exactly the same moment, it can't be ruled out that there might be the occasional straggler if you go looking. And there'll be other varieties of flowering trees and plants in bloom in the area.

Here's what you can expect if you go today. 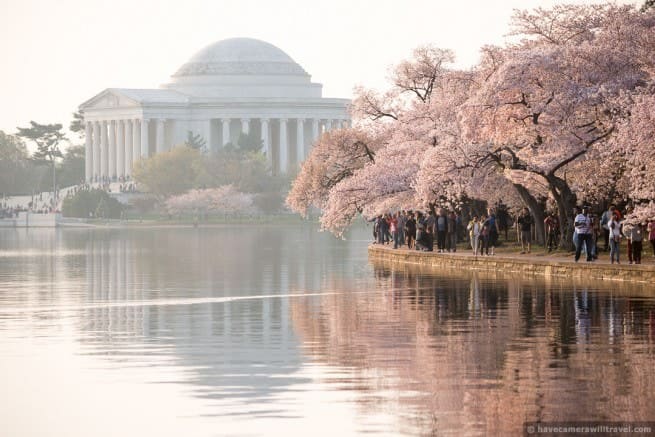 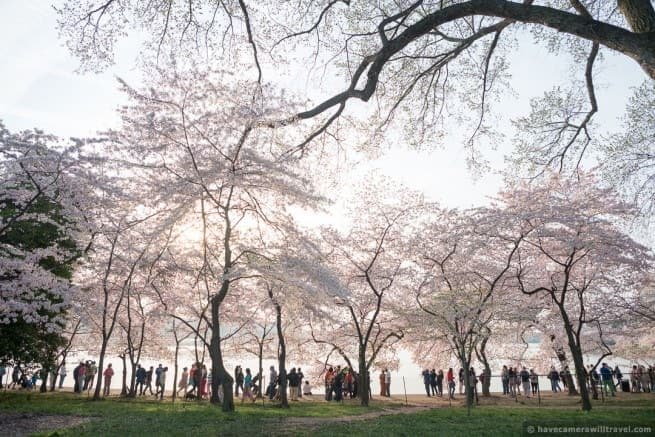 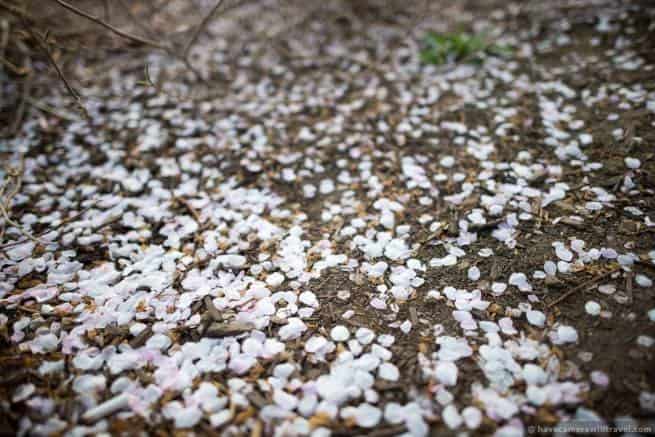 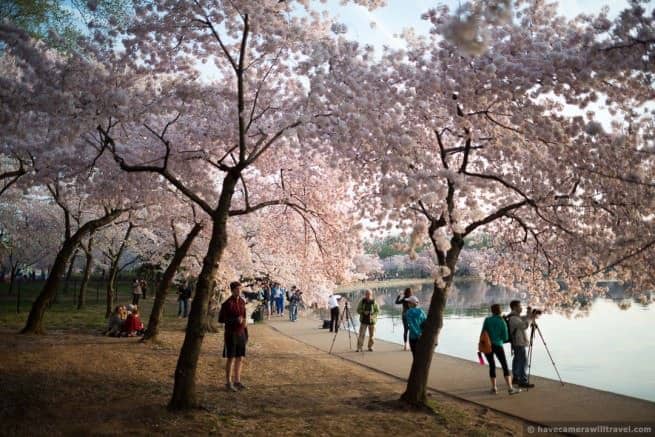 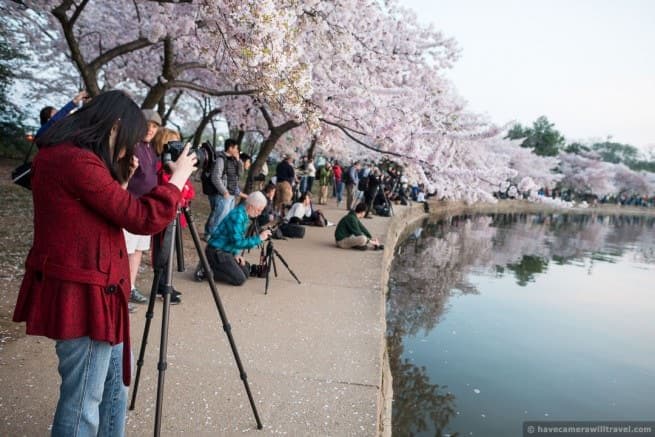 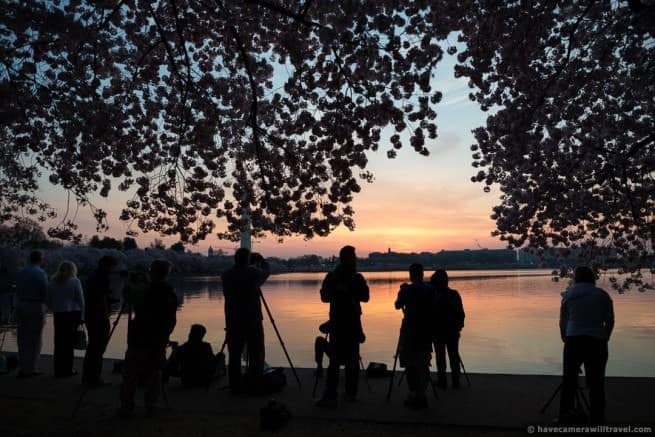 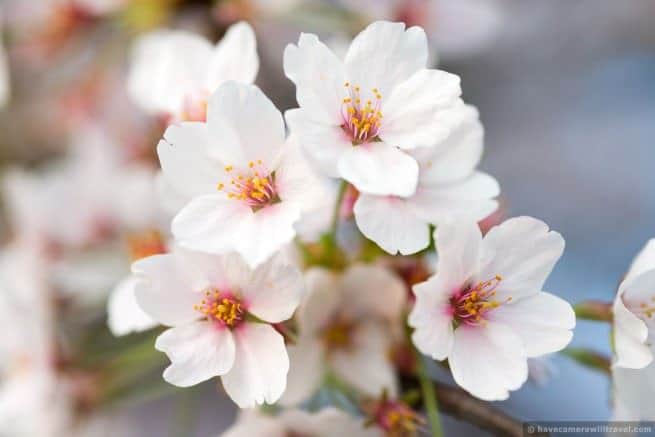 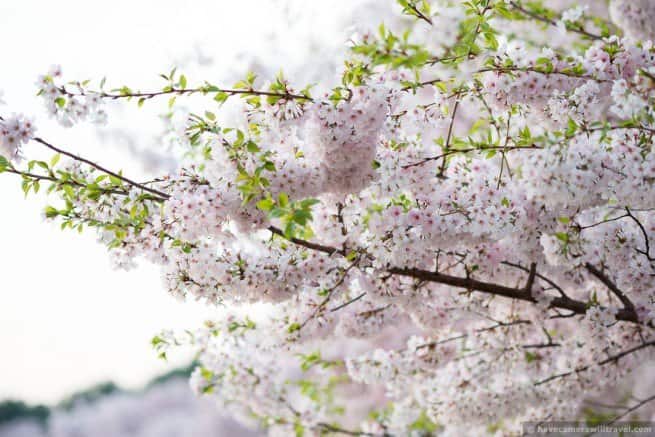 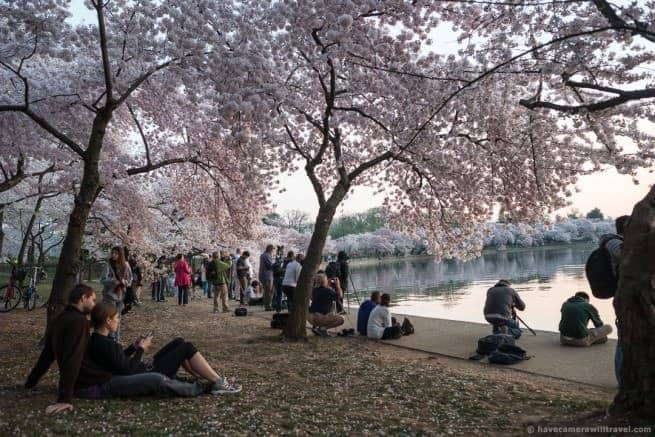 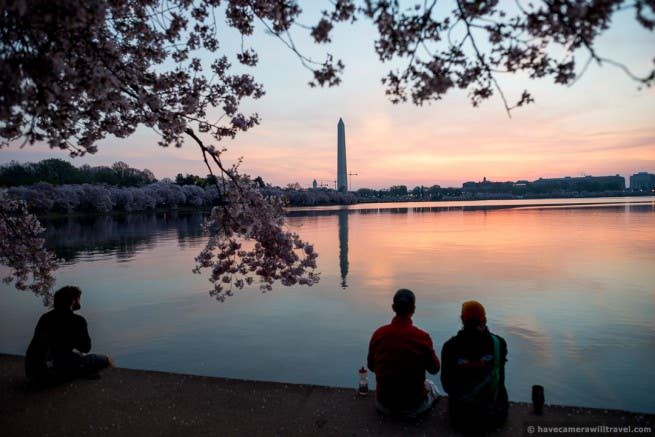 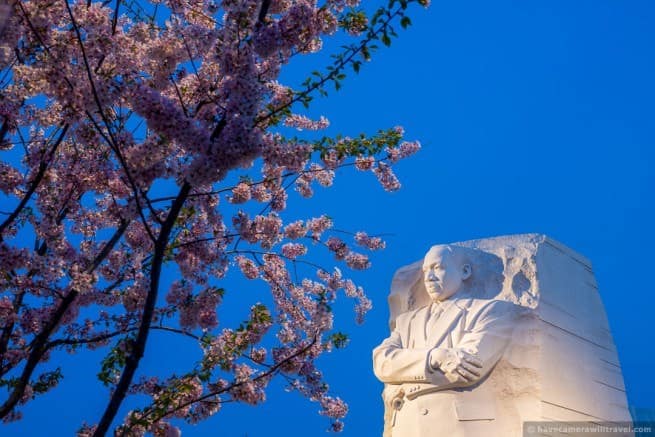 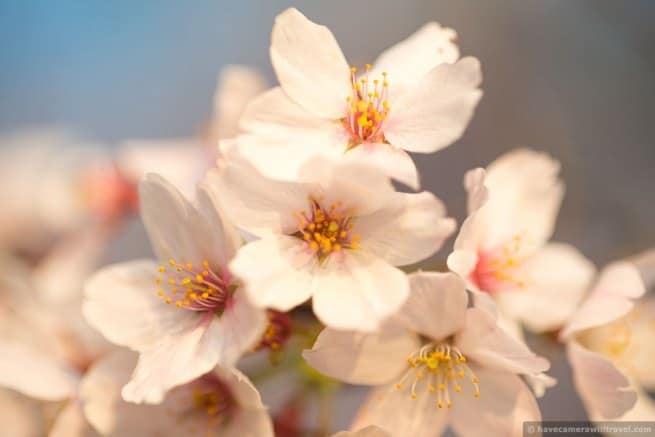 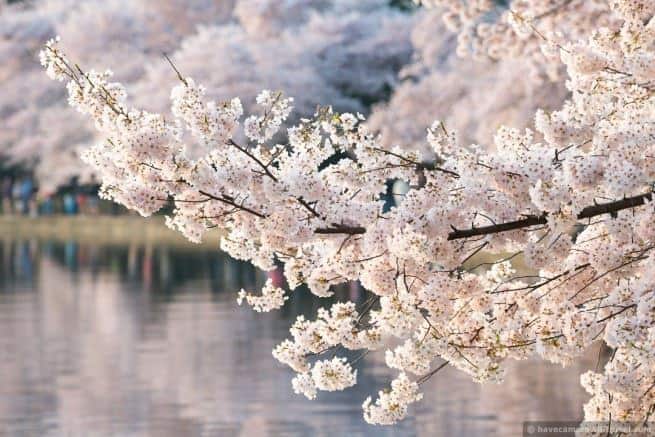 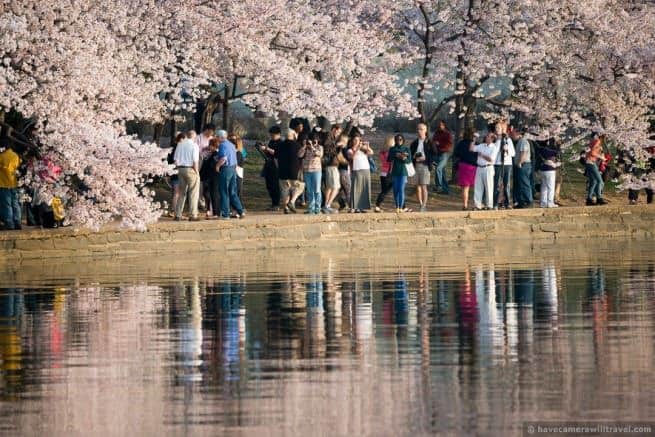 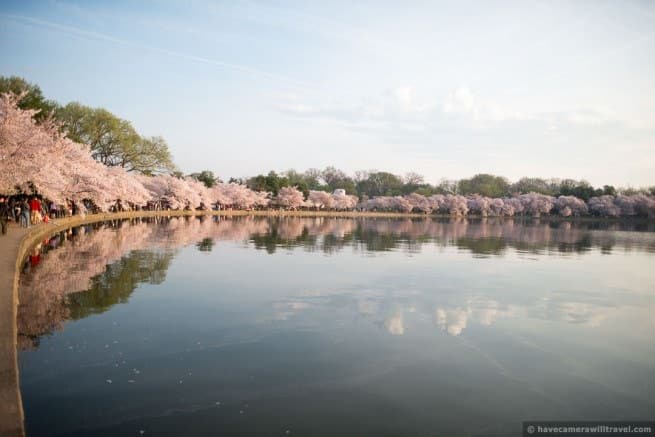 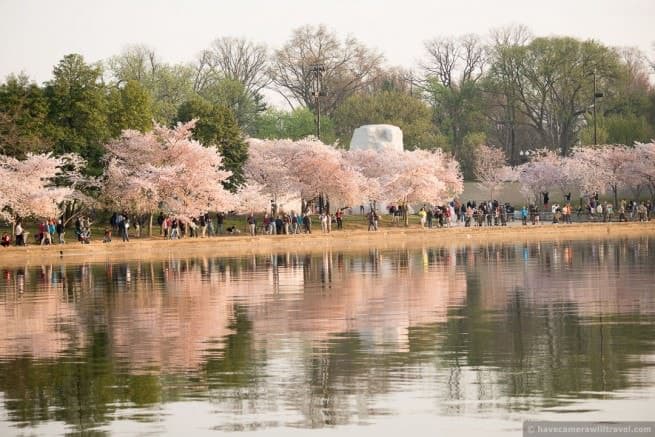