A week after peak bloom the cherry blossoms are still looking very pretty, but if you look up close you can clearly see that they’re past their prime now. More petals have been coming off, and more green leaves are poking through.

From a distance, though, they’re still looking full and beautiful. But things will start to go a bit wobbly later today if the wind picks up as expected. Warmer temperatures over the next few days will also get the green leaves moving again and pushing the flowers out. If you’re local and still hoping to catch them cherry blossoms, I’d recommend going down to the Tidal Basin sooner rather than later.

A big thank you to the hundreds of people who have sent in their photos for the Reader Photos. You can find the first two posts of reader photos here and here. Submissions are now closed–thanks again to all who have sent photos in.

Weekend of April 14-15. They peaked this past Thursday (April 5), so we’re now a week after peak bloom. We’ve had cool and calm conditions and the bloom has been lasting well so far. But that’s about to change–we’ve heading into several days of not-so-cool and not-so-calm. Temperatures will climb today along with gusty winds. There should be some flowers to see on the weekend, but it’s impossible to say what “some” means. If the strong wind comes in, as expected, then it might knock a lot of the petals off. If the wind doesn’t come in with much gusto, there might still be a lot of flowers on the trees on the weekend. So we’ll just have to wait and see. Stay tuned for more updates as we head into the weekend.

If you are coming in this weekend, there are two parades in the downtown area on Saturday as well as a march: the National Cherry Blossom Festival Parade and the Emancipation Day Parade and the March for Science on the National Mall. The Washington Post has a very good overview of the impact on the logistics of getting around, including road closures.

There’s a chance of rain Sunday night into Monday. That’s another strike against prolonging the bloom much longer.

How It Looks This Morning

This morning is overcast and much warmer than it has been. This afternoon should be pretty and pleasant, although with gusty winds. 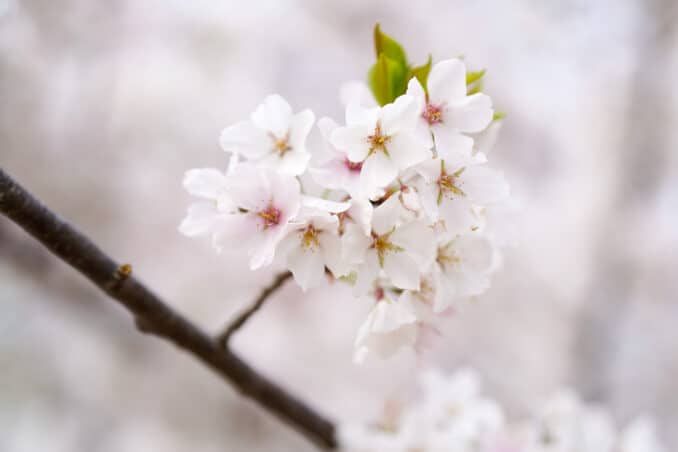 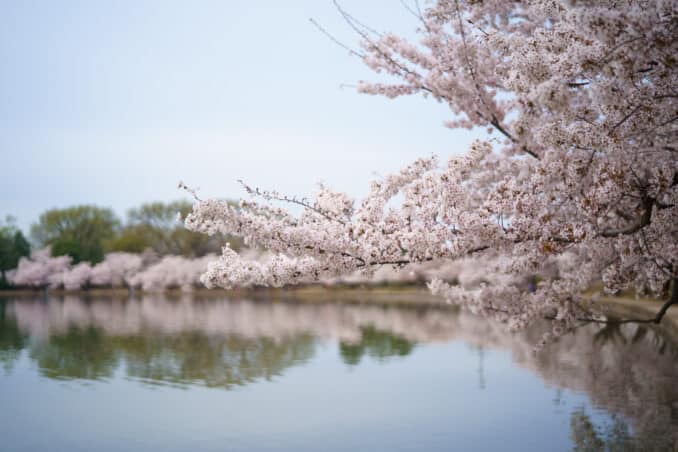 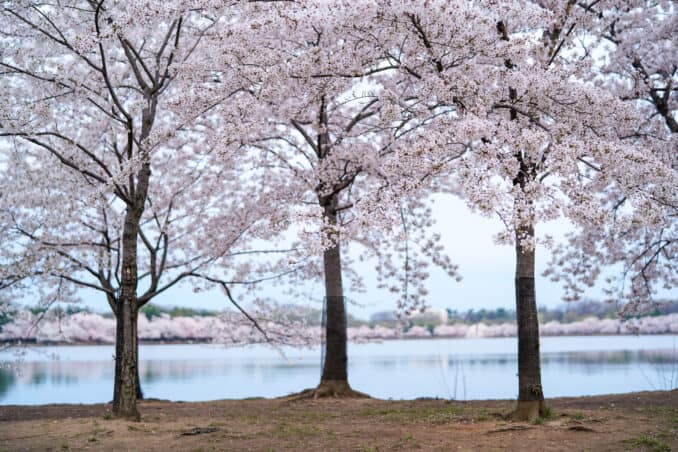 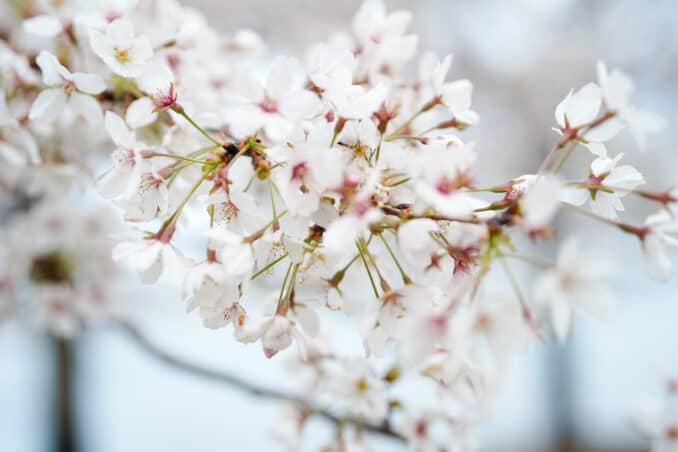 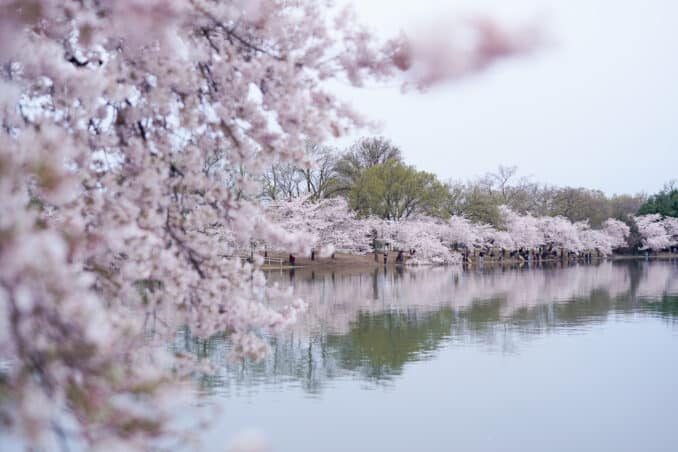 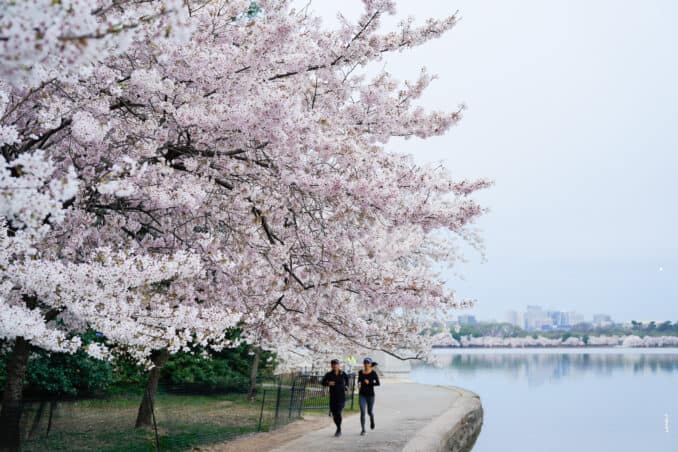 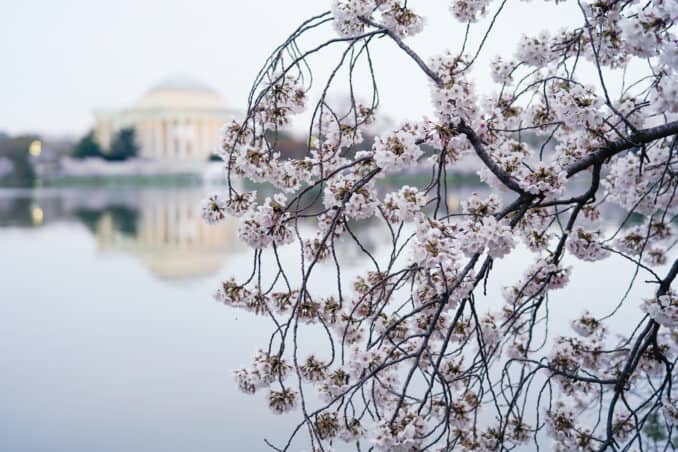 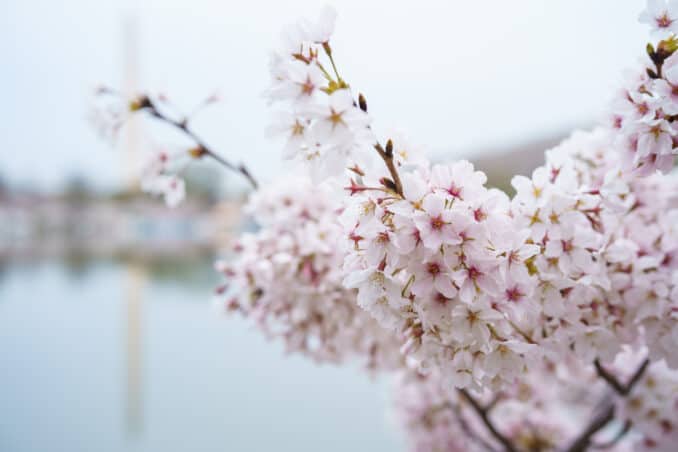 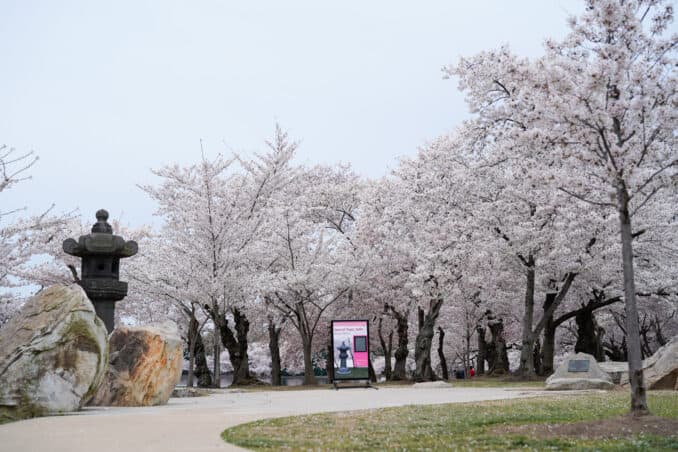 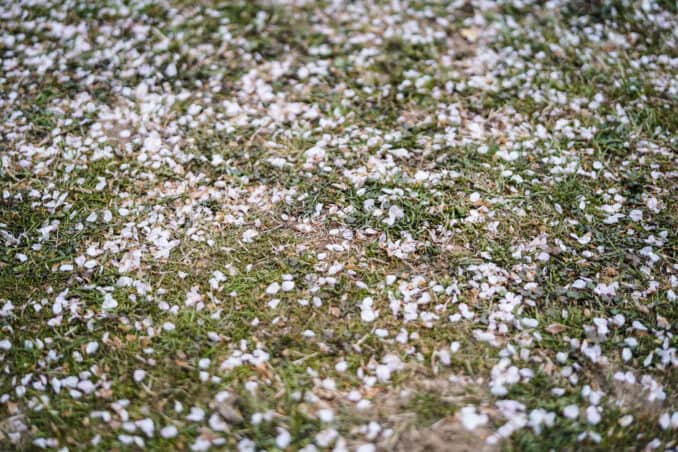 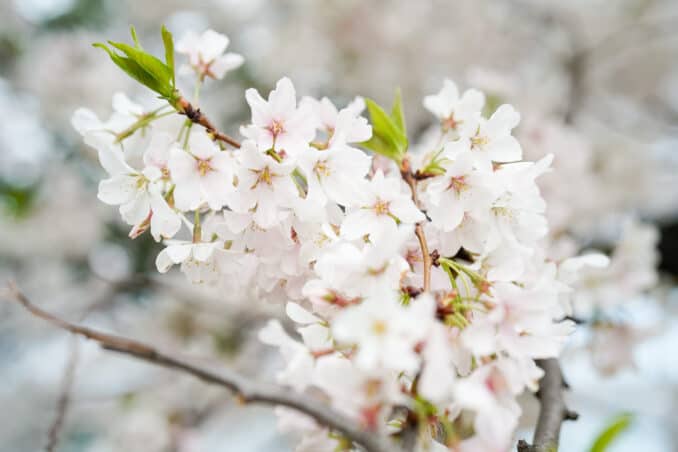 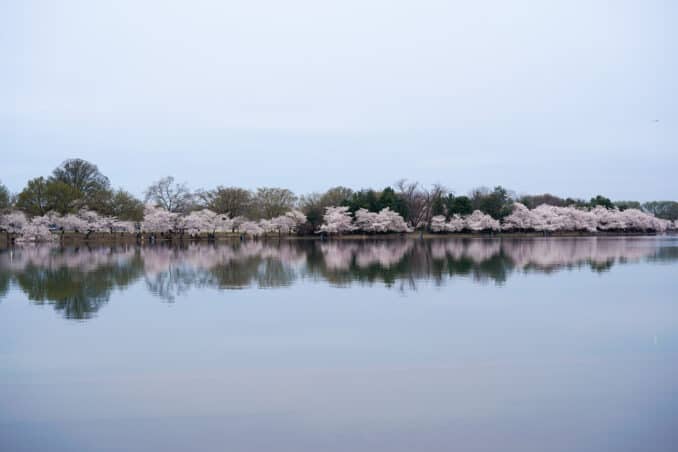 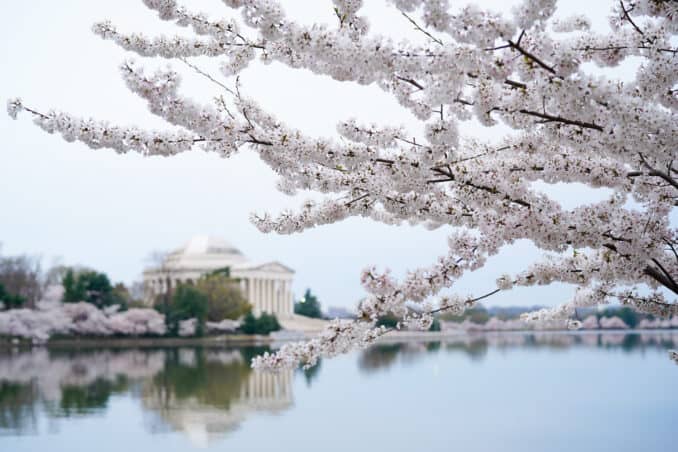 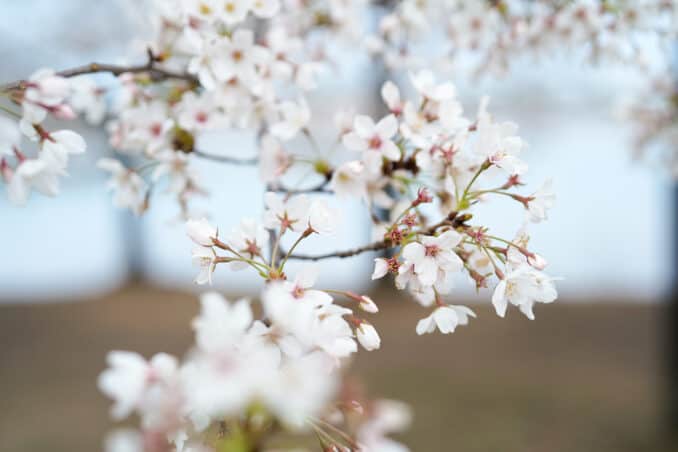 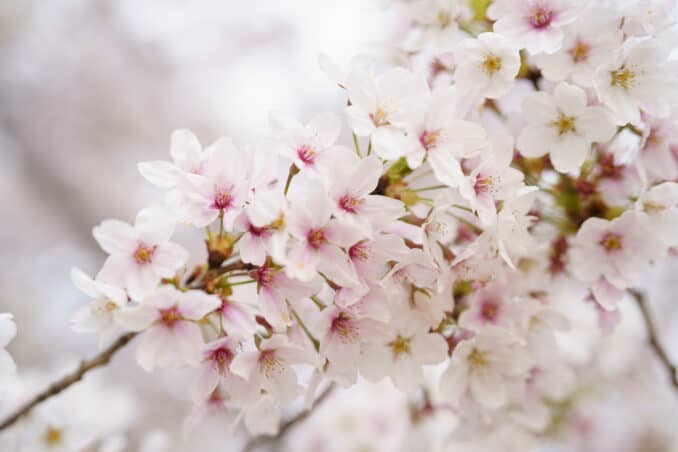 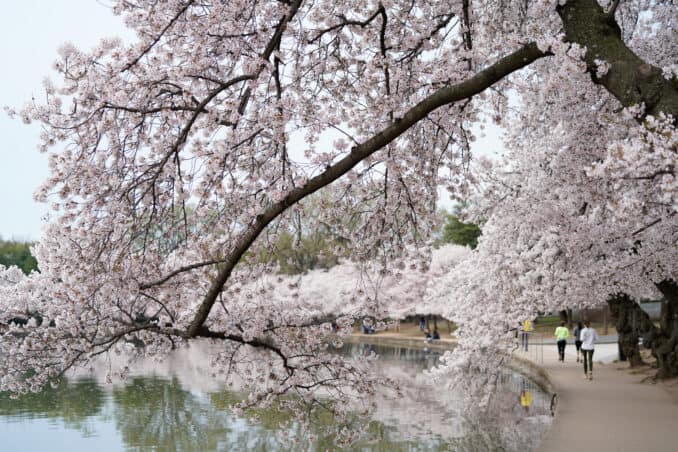 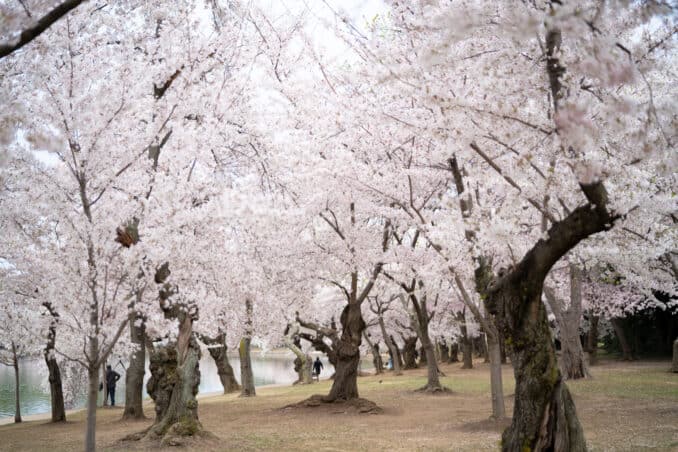 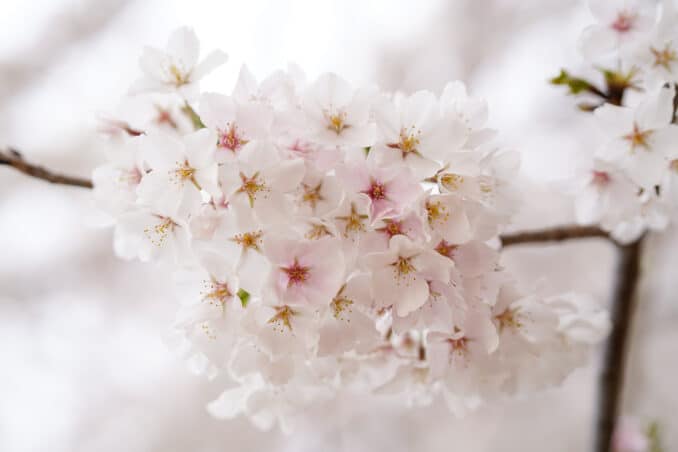 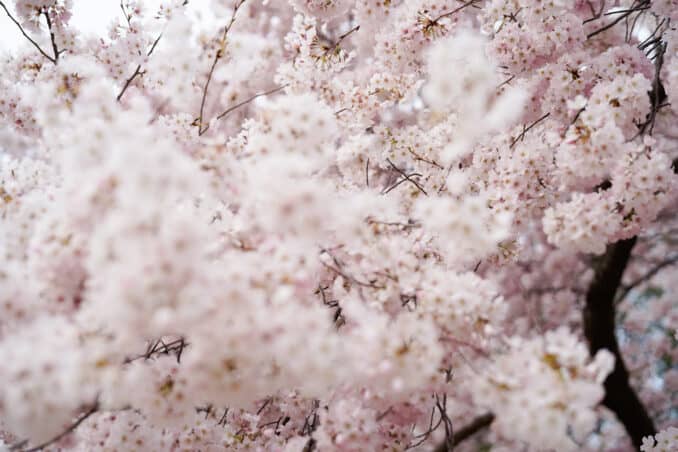 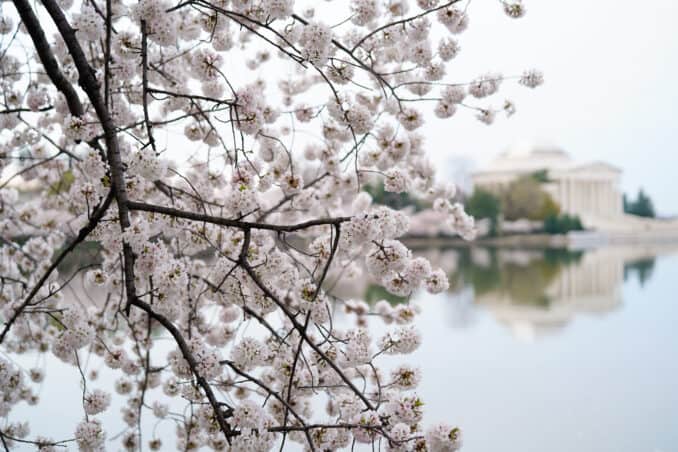 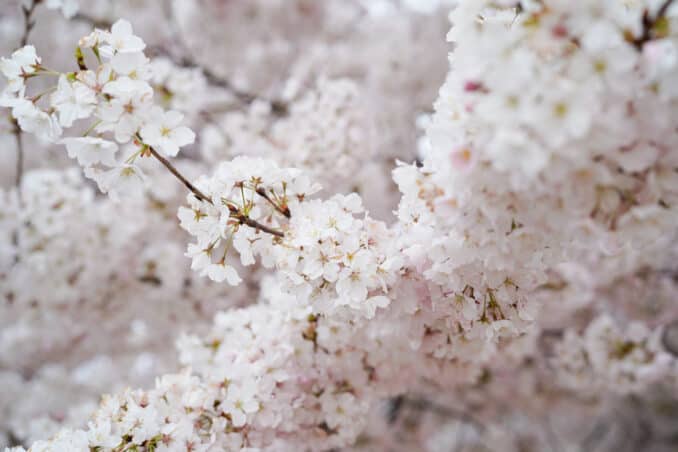 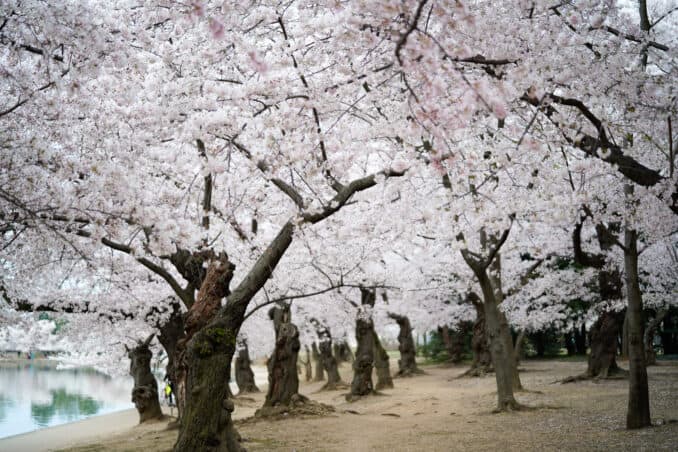 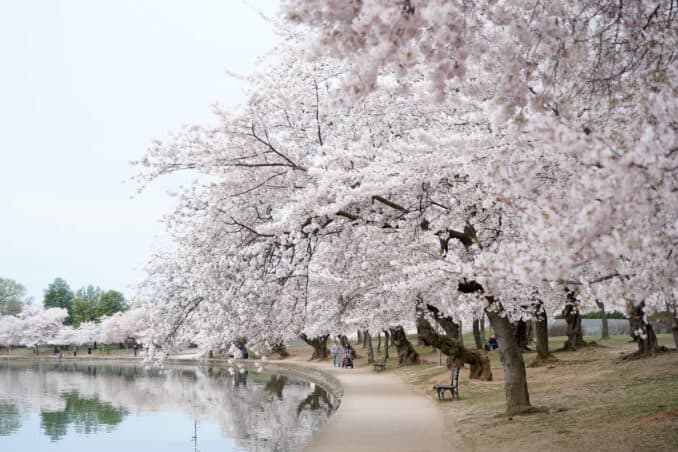 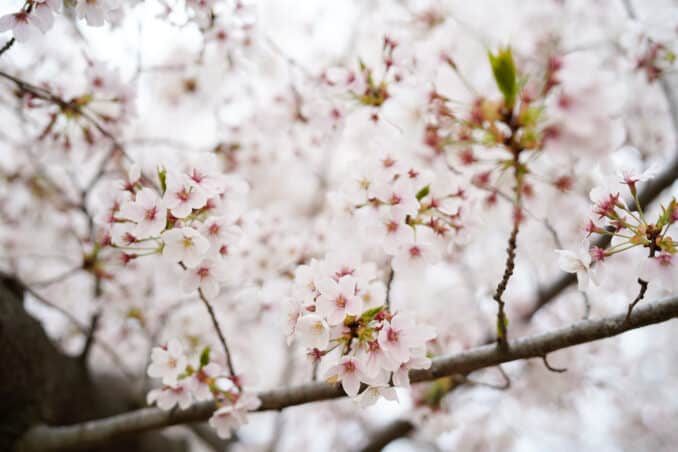 I’ve put together some more detailed information in posts on how to get there and where to park:

The special one-way traffic restrictions are in place along Ohio Drive, so you can’t enter down by the John Ericsson Memorial (the Lincoln Memorial end). Instead, you’ll have to do the circuit around the Jefferson Memorial.

Looking for travel stock photos or prints? I might be able to help. You can search my collection here:
If you already have a buyer account with Alamy and would prefer to use that, you can search my images directly here.
181shares