The trees are still looking lovely. When you get a up close you can certainly see that they’re in transition. But from a distance they still look great and are holding up well.

While the rain and wind we had for a couple of days didn’t help, the cooler temperatures, and still conditions overnight, are helping now.

There were quite a lot of people out and about this morning. A number of photographers were set up opposite the Jefferson Memorial to catch the sunrise, a couple of photo tour groups were out to catch the golden hour light, and there were the usual runners and people heading to work, but it’s still relatively quiet. Parking is easy and traffic light.

Although it’s a crisp morning, the breezy weather of the past couple of days have let up and the sun is out. Conditions are about perfect for wandering under the cherry blossoms.

Prospects for the Weekend of April 2-3

I’ve had a lot of people asking about prospects for this weekend. It’s hard to say exactly which days there will still be cherry blossoms to see. It’s a gradual process–not every tree is on the same schedule–and it’s highly dependent on the weather.

Overall, they’re holding up well so far, but there are showers and/or rain in the forecast for Thursday evening through Friday, followed by windy conditions. The flowers are getting very fragile now, and they’re not going to like the rain and wind much at all.

So the best chances of seeing them are the earlier you can go. There’s probably not going to be much see by the end of the weekend (until the Kwanzans start), although it’s always possible there might be some late straggler trees that are marching to their own drum.

Prospects for the Weekend of April 9-10

In the previous three years, we saw late peak blooms of April 9 or 10. This year, warm weather helped them bloom early, and by the weekend of April 9-10 the main cherry blossoms will be long gone.

But the timing might be good for catching the Kwanzan cherry blossoms. They bloom a couple of weeks after the Yoshinos. There aren’t as many of them, but they’re very distinctive and pretty. I have information on how to find them here. And I’ll be posting updates on them from time to time until they bloom, so be sure to check back on this site.

If You Miss the Cherry Blossoms

If you’re visiting Washington DC in the spring but miss cherry blossoms, you might catch the tulips. They usually bloom a bit after the cherry blossoms. While tulips aren’t unique to this area, of course, there are an unusually large number of them in and near the National Mall, especially up around the grounds near the U.S. Capitol Building, near Memorial Bridge, along the George Washington Parkway, and at the Netherlands Carillon, and they are quite a highlight in their own right (here are some examples).

This is the kind of thing you can expect to see if you head down today. 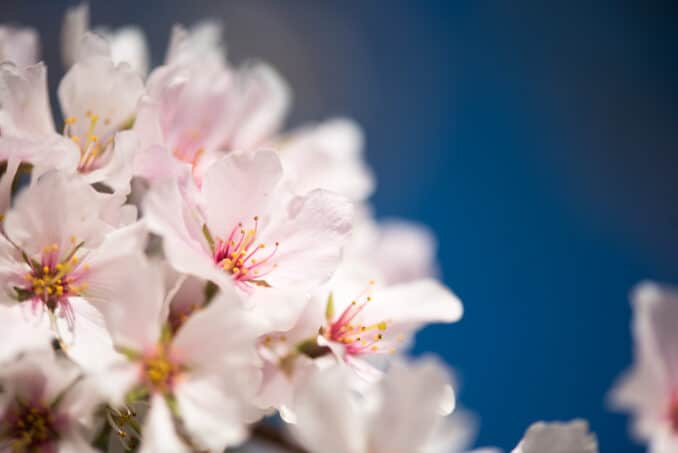 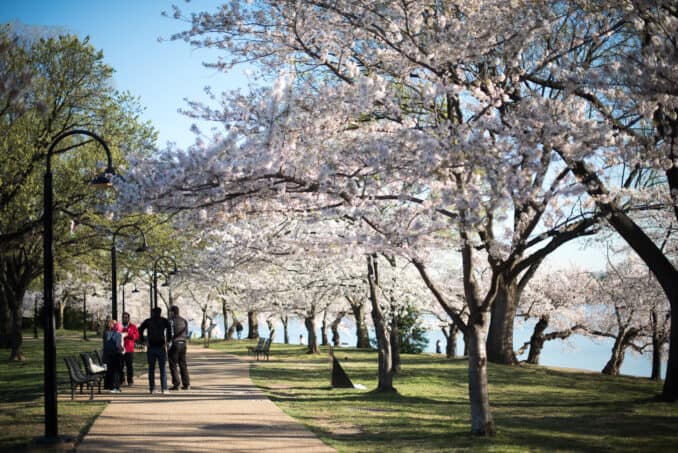 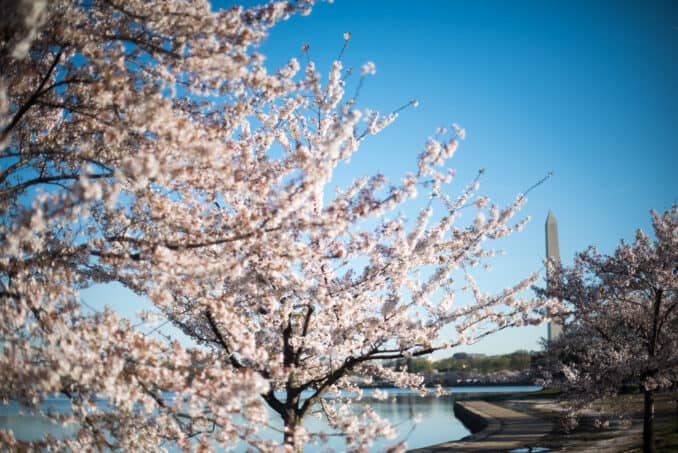 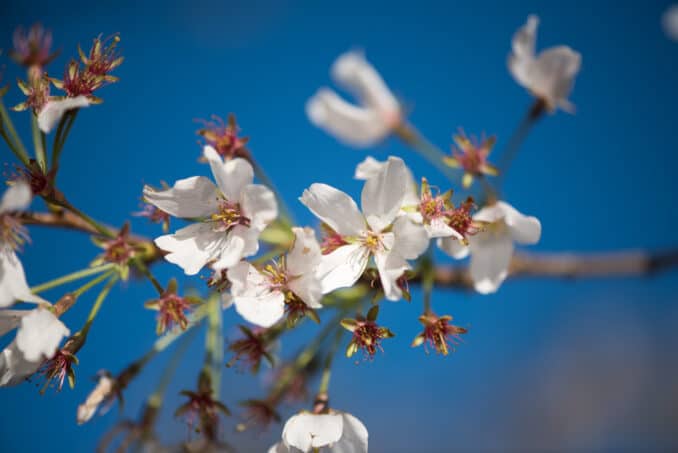 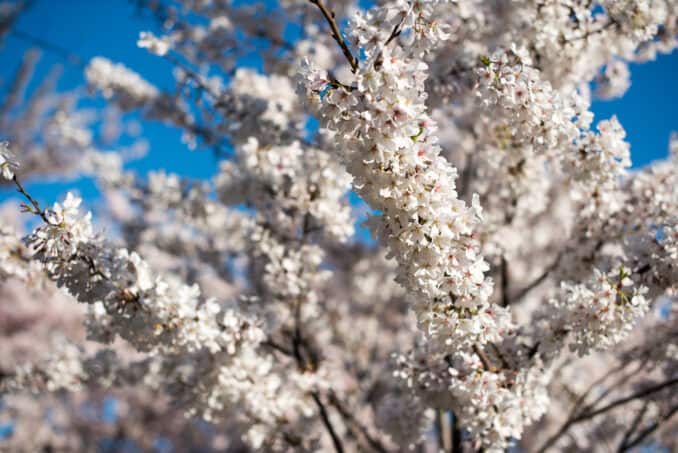 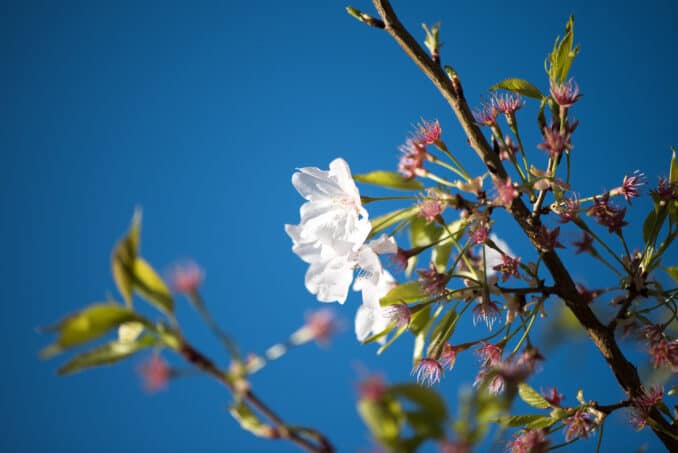 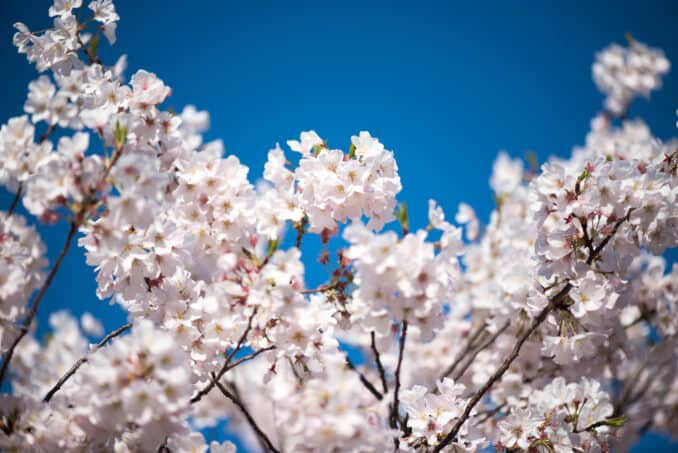 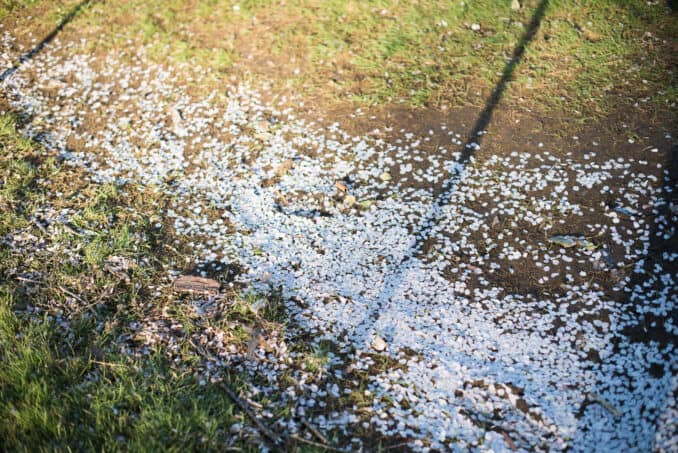 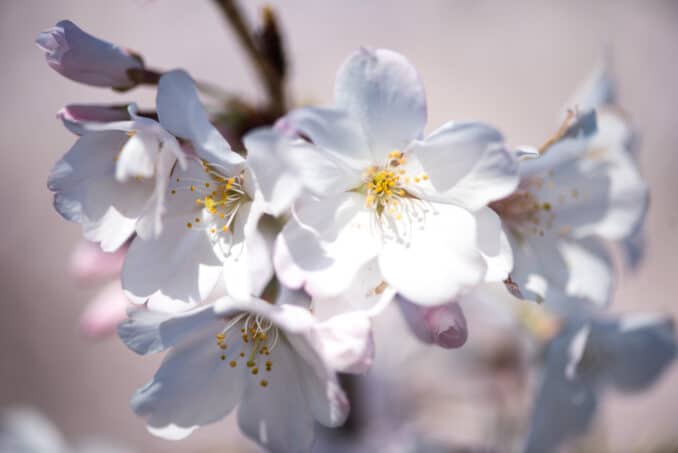 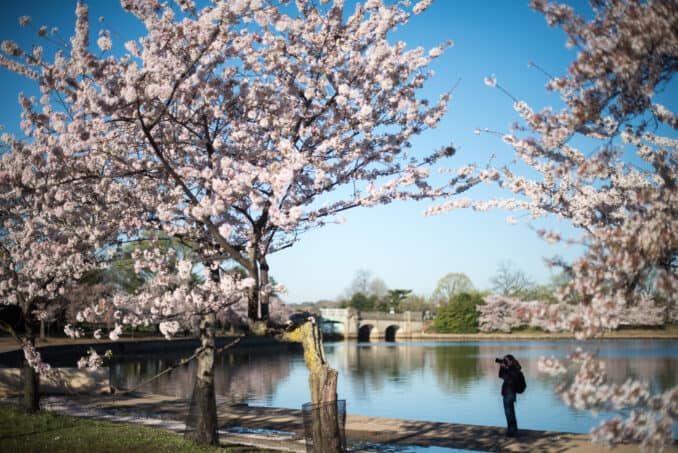 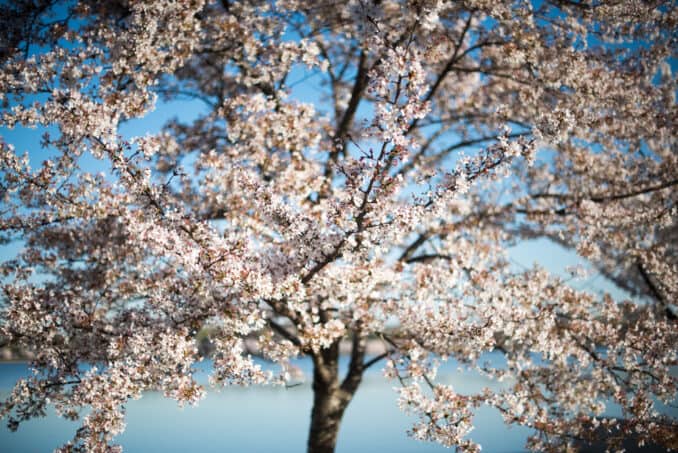 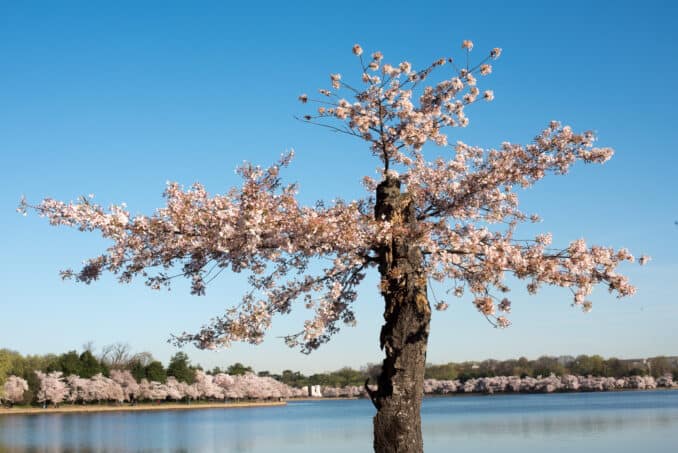 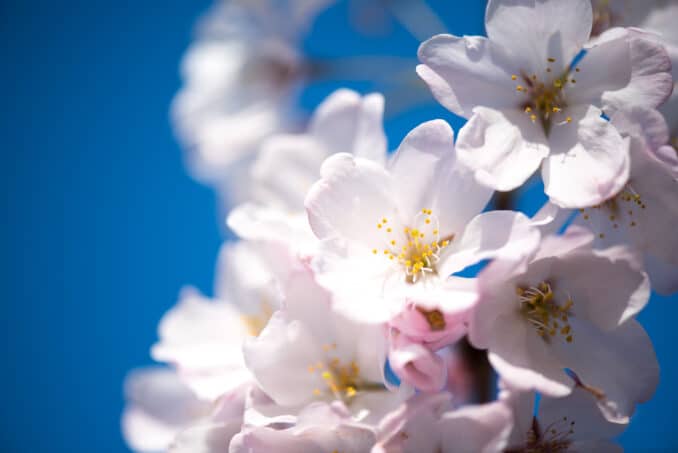 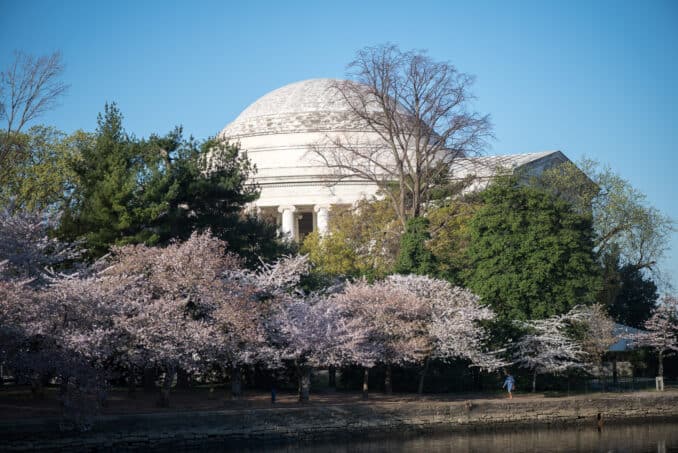 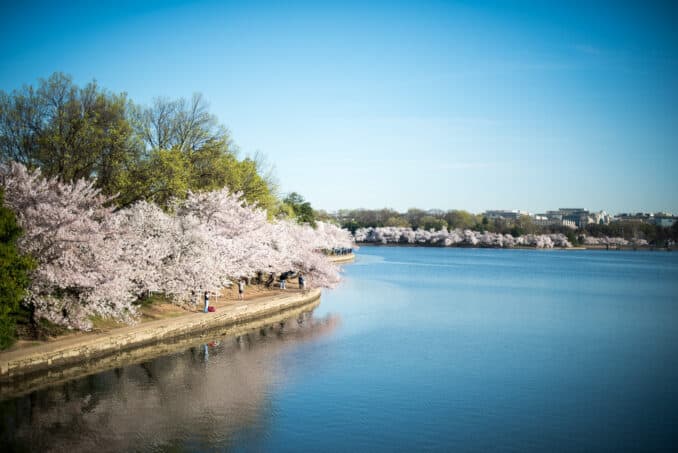 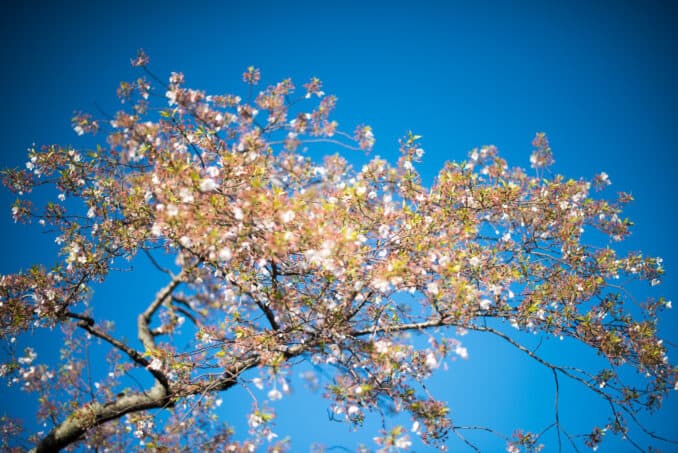 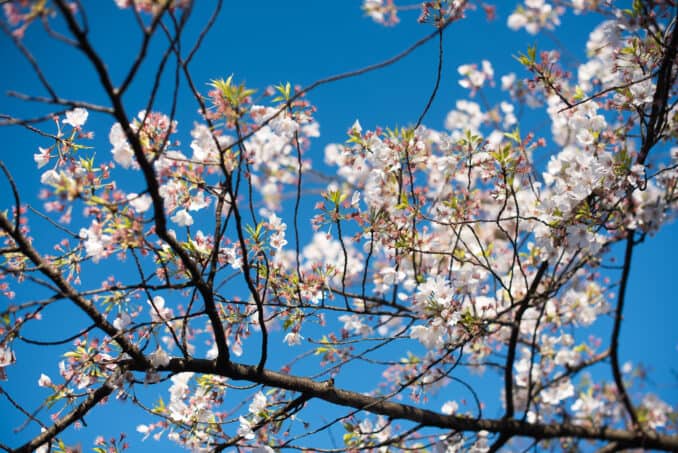 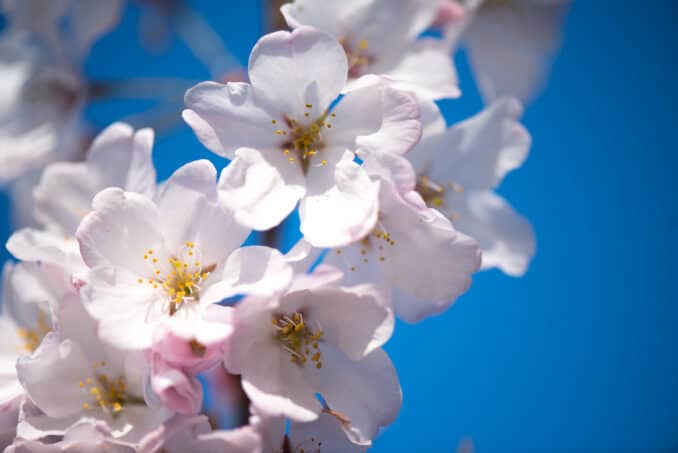 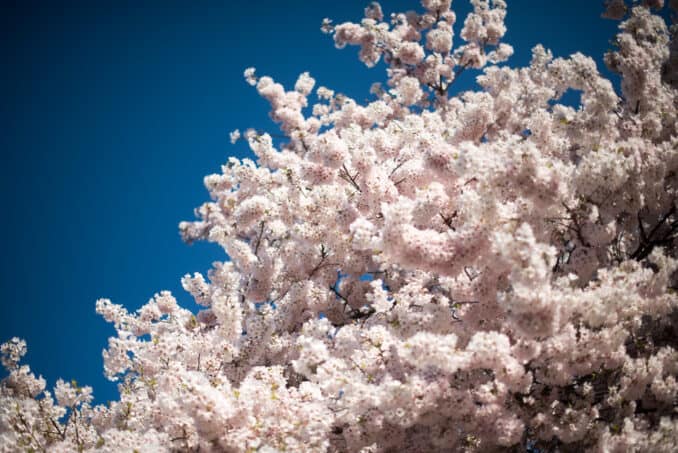 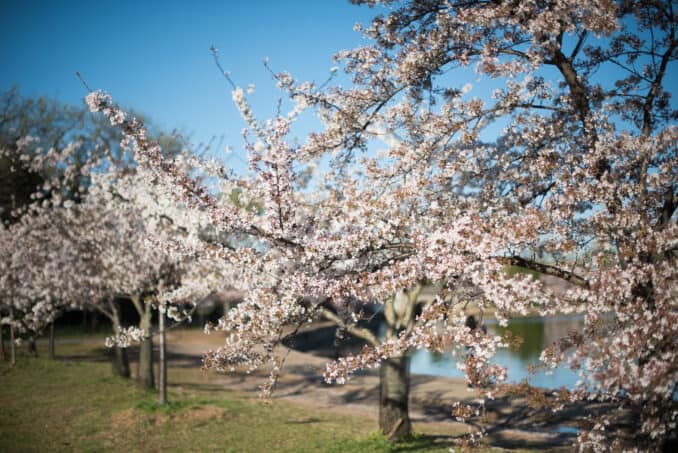 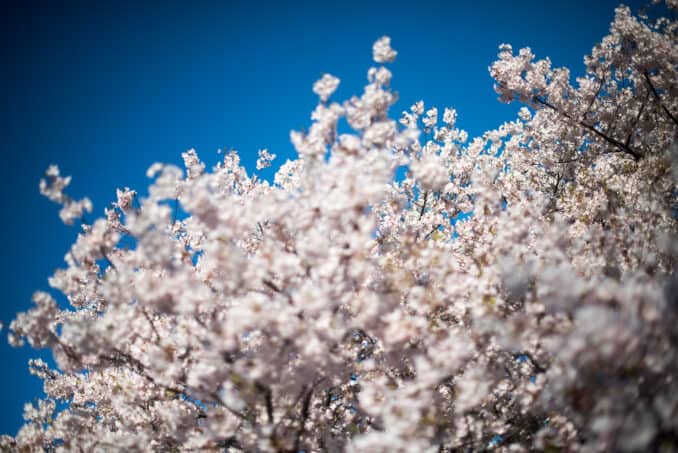 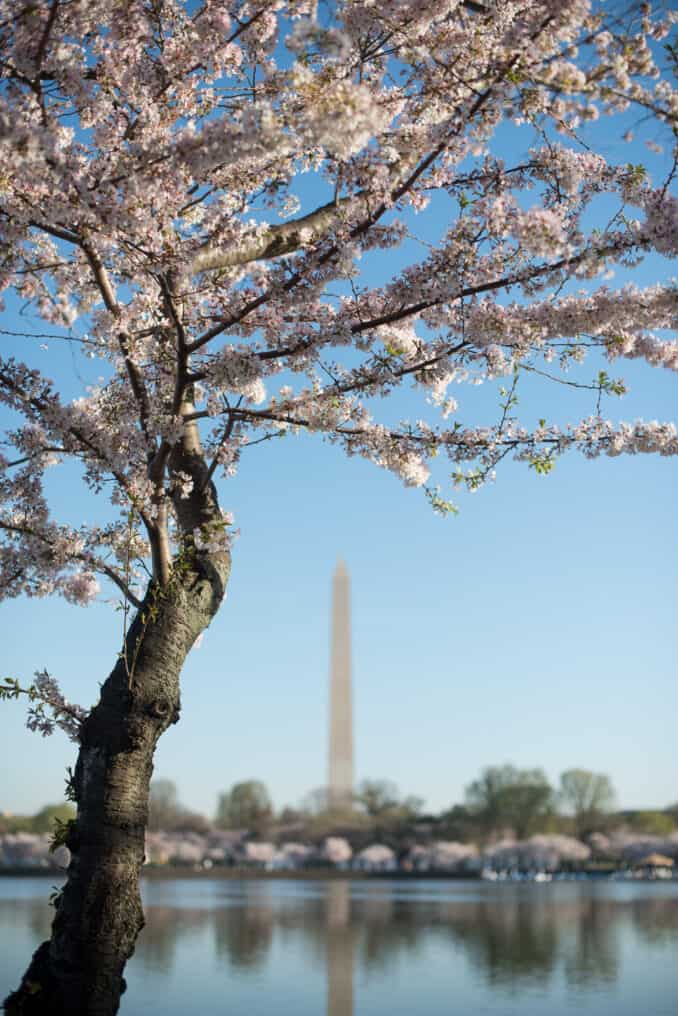 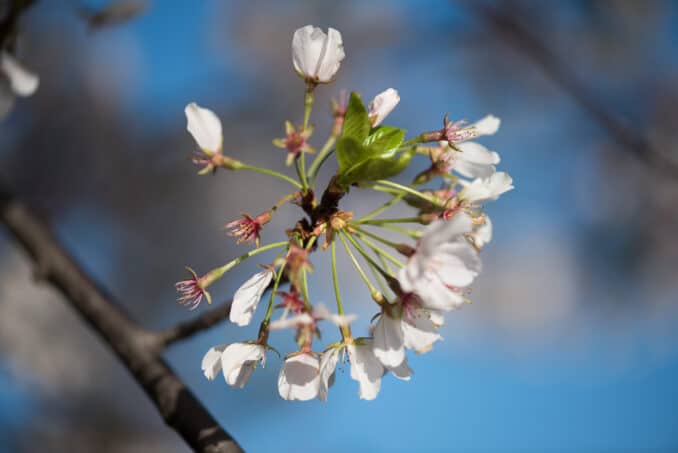 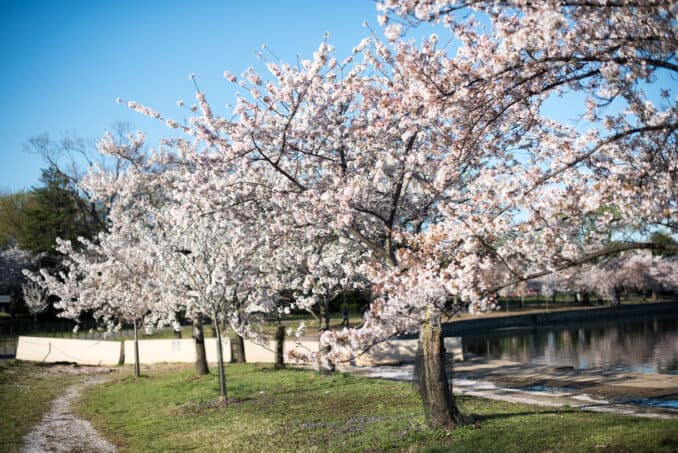 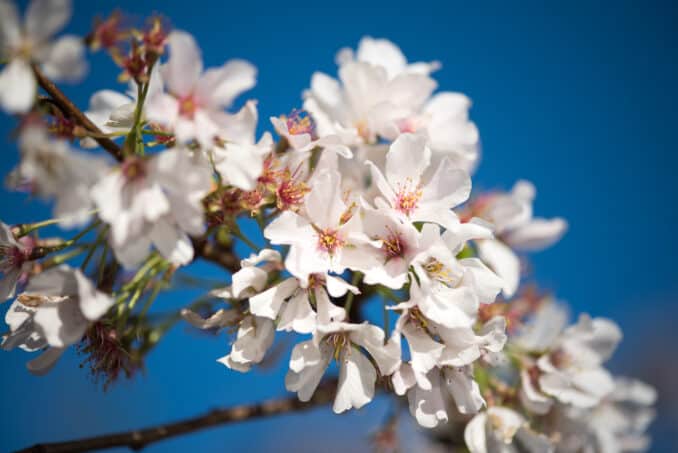 Looking for travel stock photos or prints? I might be able to help. You can search my collection here:
If you already have a buyer account with Alamy and would prefer to use that, you can search my images directly here.
176shares