It’s a wet, rainy morning. While the rain will clear out soon, we’ll then be getting wind. Combined, they’re going to knock more petals off the trees. 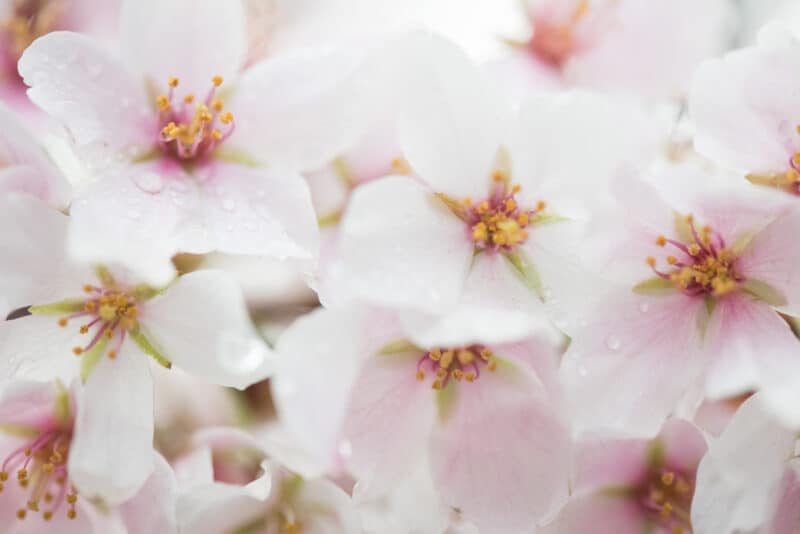 It's a bit damp. And it's almost deserted at the Tidal Basin this morning, making for a very different scene than over the weekend.

The rain should clear out this morning, but it will be followed by gusty winds. That's a one-two punch to the cherry blossoms at this stage when they're becoming increasingly fragile, but at least as of this morning they're holding up pretty well.

After a stellar weekend for cherry blossom viewing, the rain overnight has knocked a lot of petals off. But there are still many, many more on the trees. And for now, at least, they're still looking wonderful. This afternoon's wind won't help matters, but there should be plenty of flowers to see for at least tomorrow. Rain, wind, and possible storms are forecast for later in the week, all of which will take a toll.

The flowers are turning pink now. Some of the early starters have already started to lose most of their petals, but for now that's only a very few trees. Most of the trees still have most of their petals–at least, before the wind picks up this afternoon–and it's only once you get up close that you can see that they're on their way out. There are a few green leaves starting to appear, but not many yet.

There's not much to see with the Kwanzans yet–they're still doing their thing, and I have some photos of them at the bottom of this post.

If you haven't been able to make it in person this year, you might be interested in this 360° interactive video from Saturday morning. And I'll have another little treat this afternoon, so stay tuned. UDPATE: I've posted a timelapse of Yoshino cherry blossoms blooming.

Here's the kind of thing you can expect to see if you go down to the Tidal Basin today. 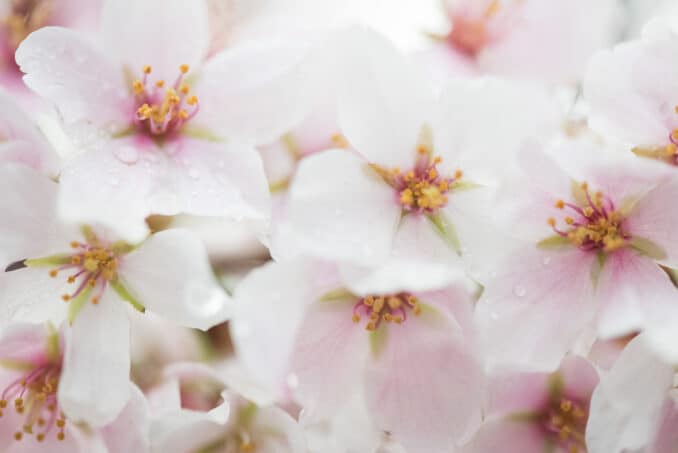 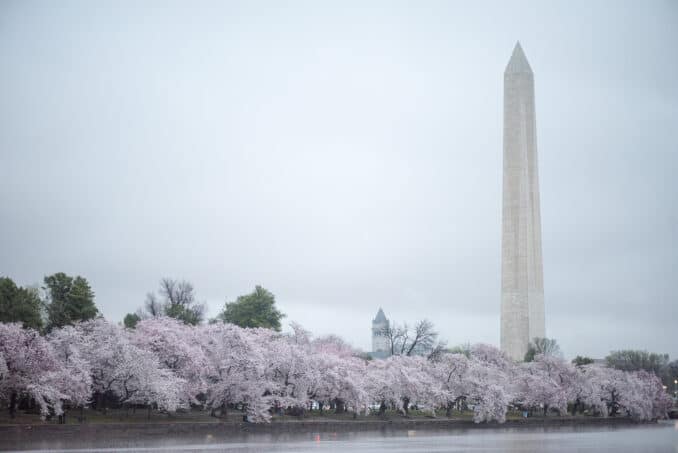 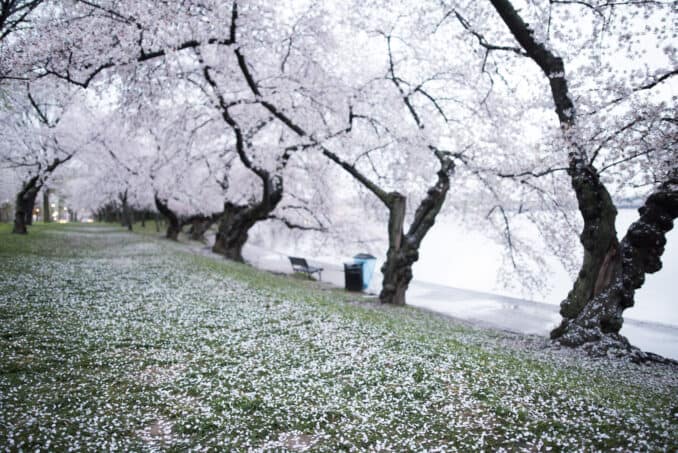 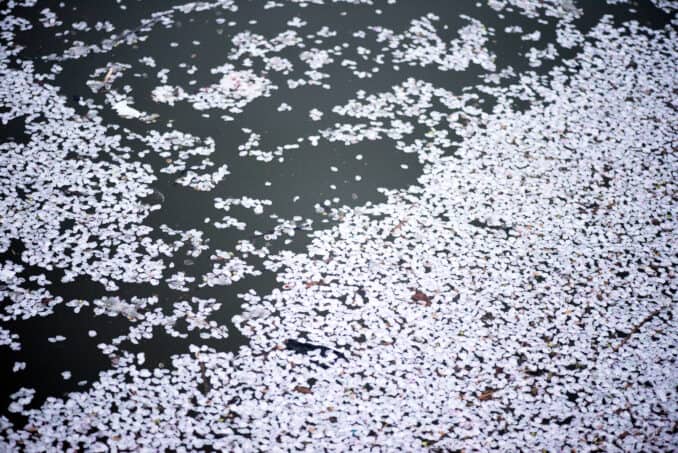 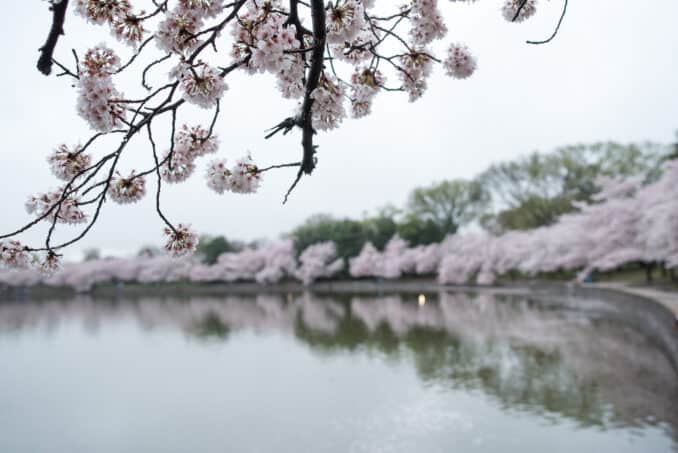 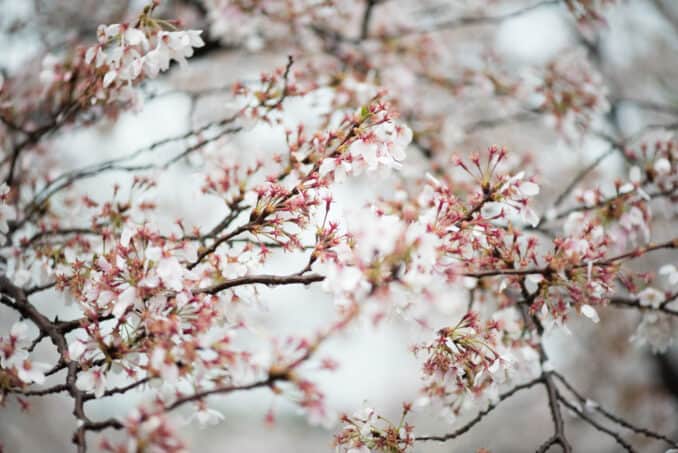 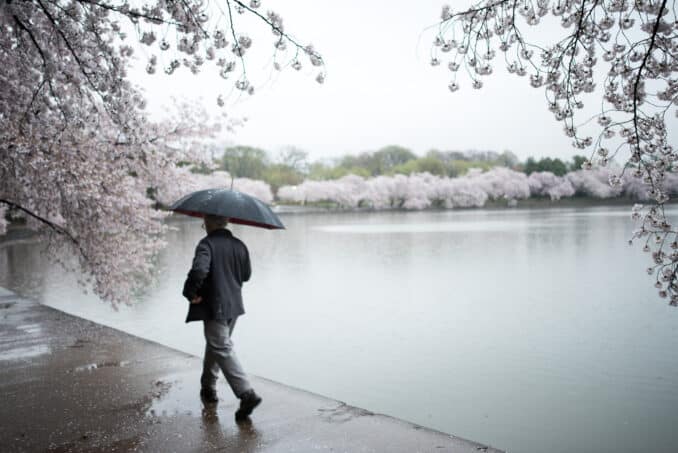 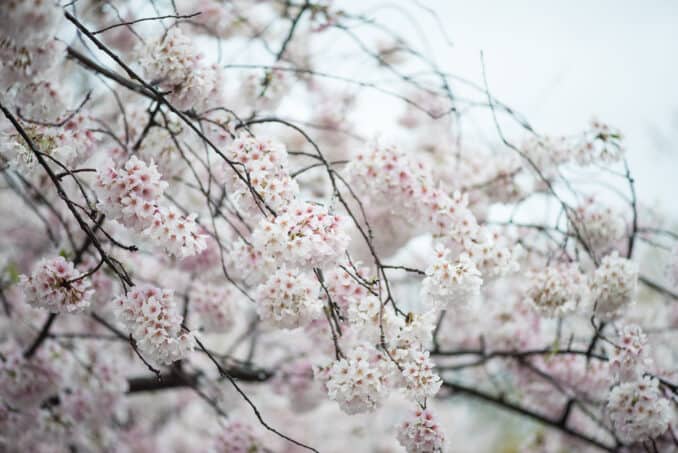 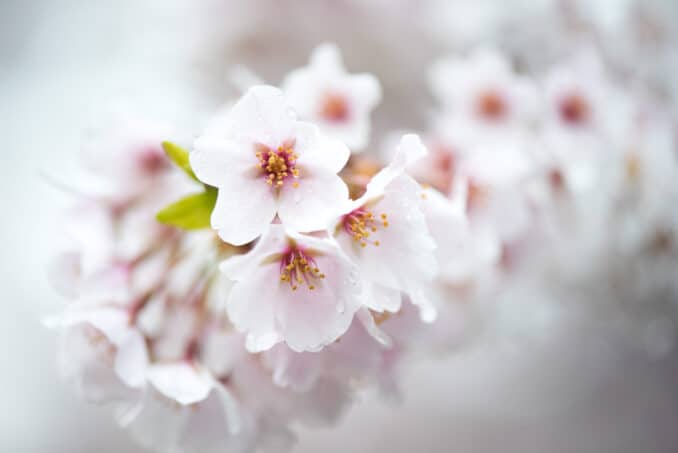 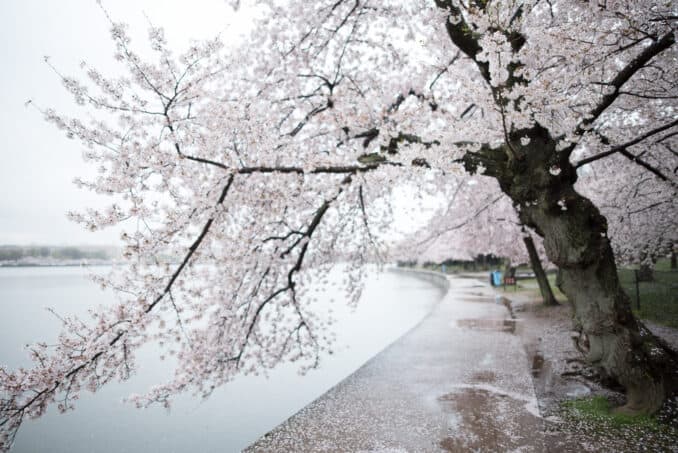 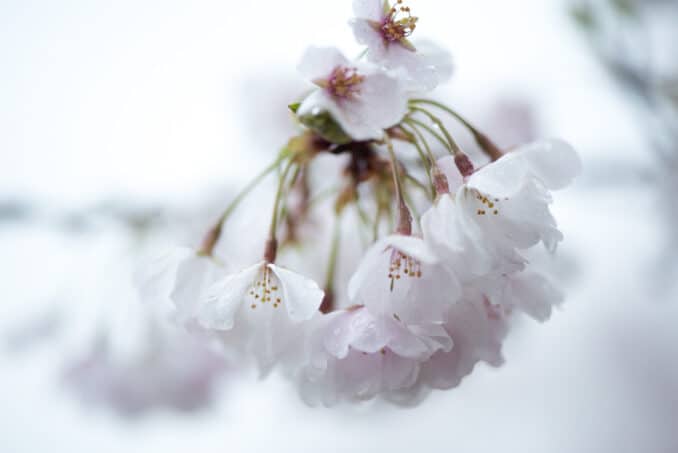 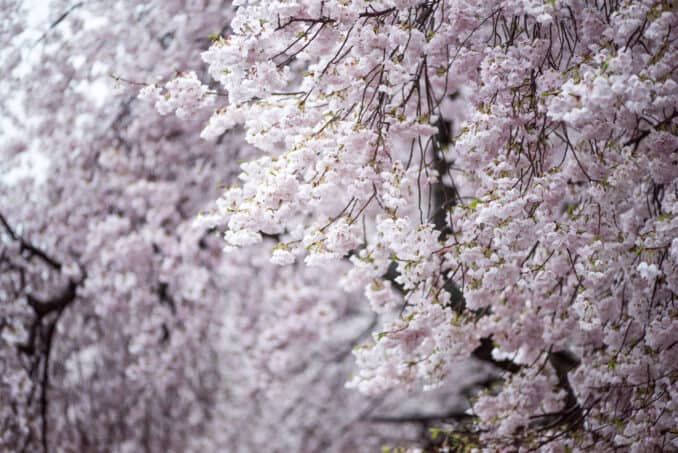 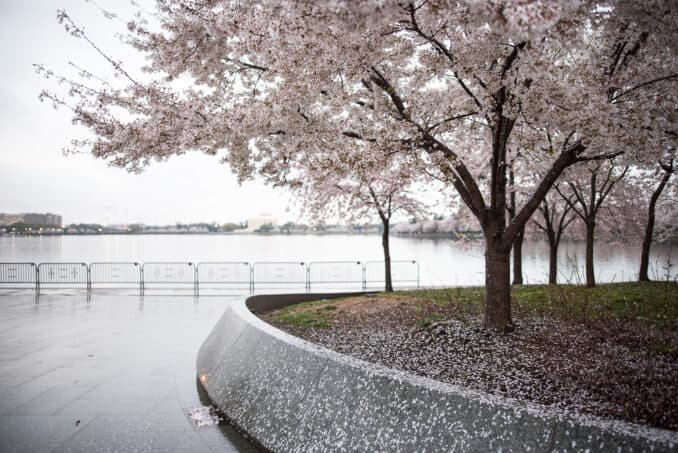 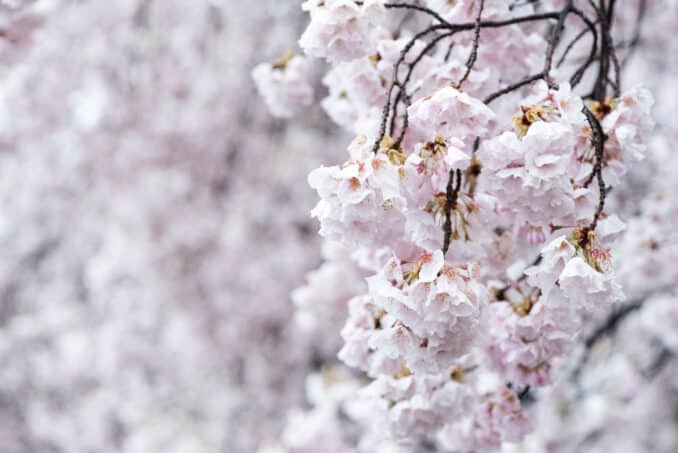 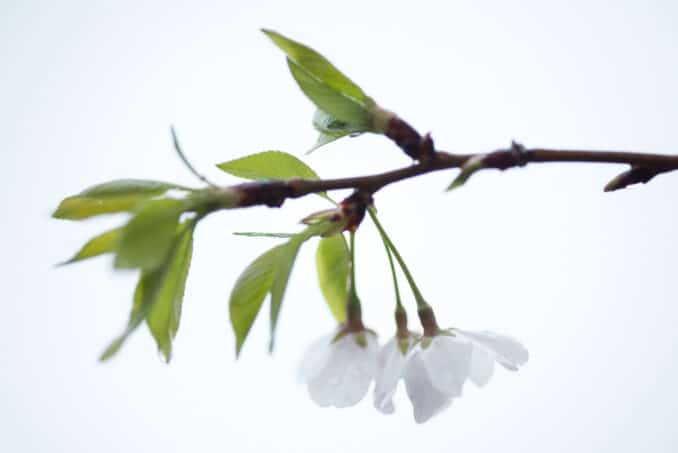 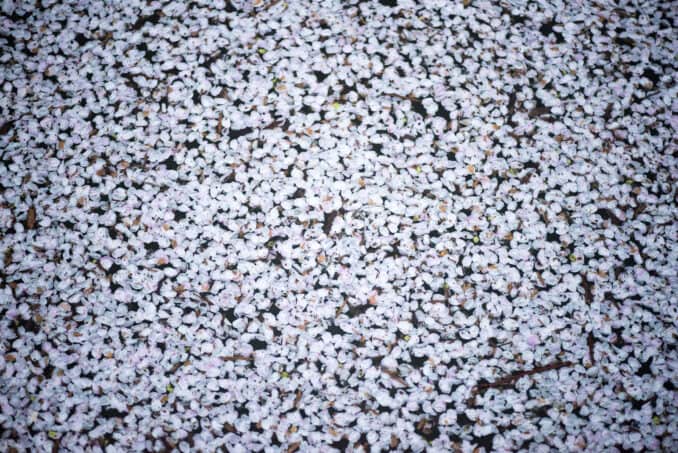 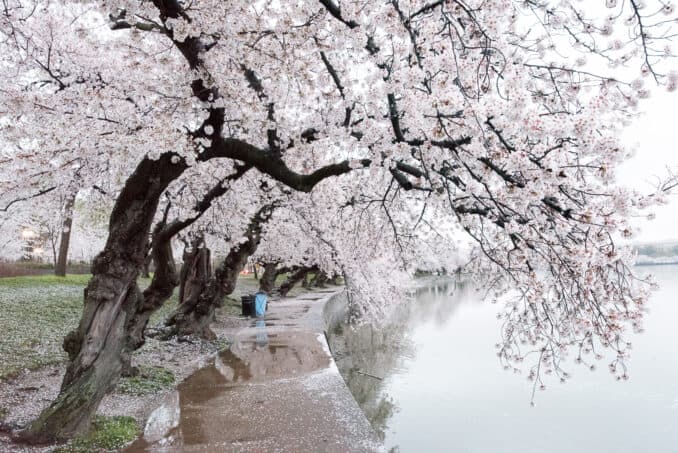 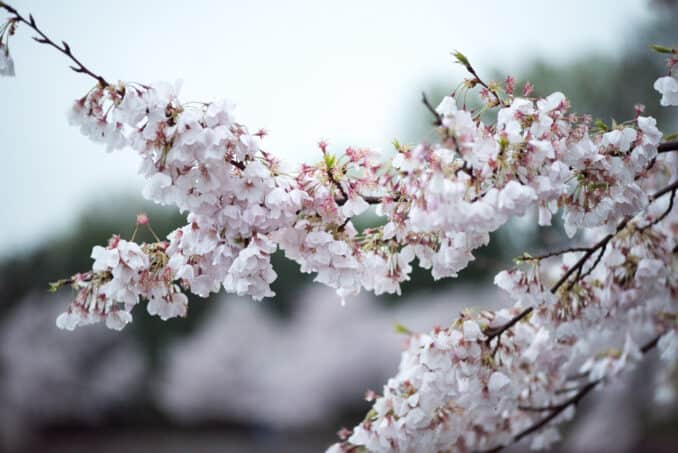 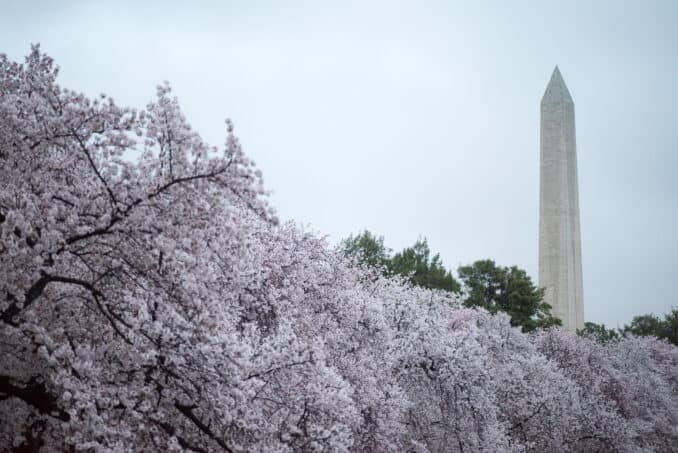 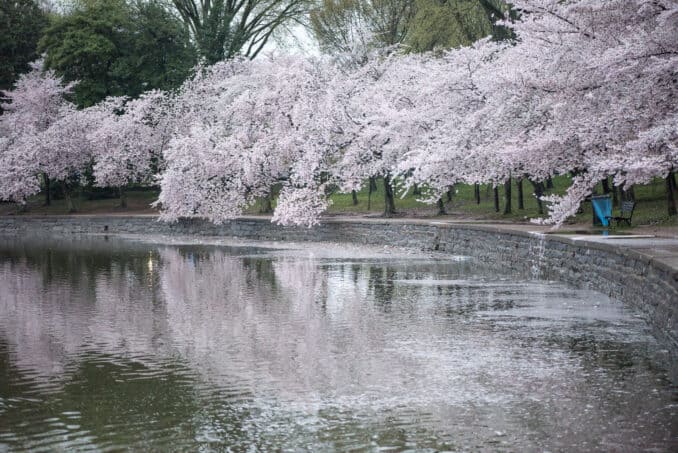 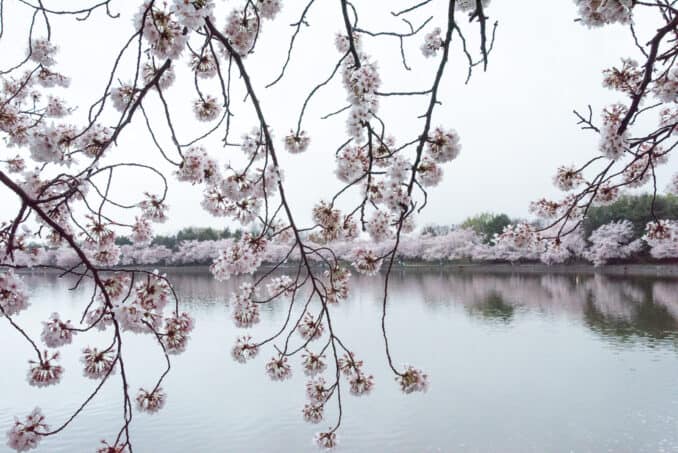 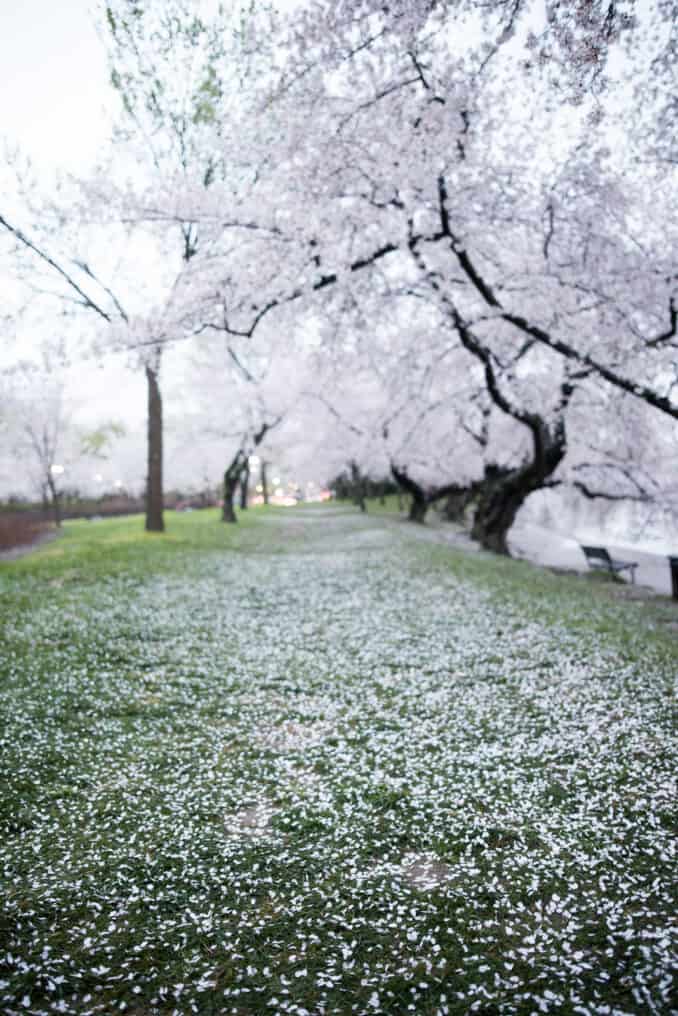 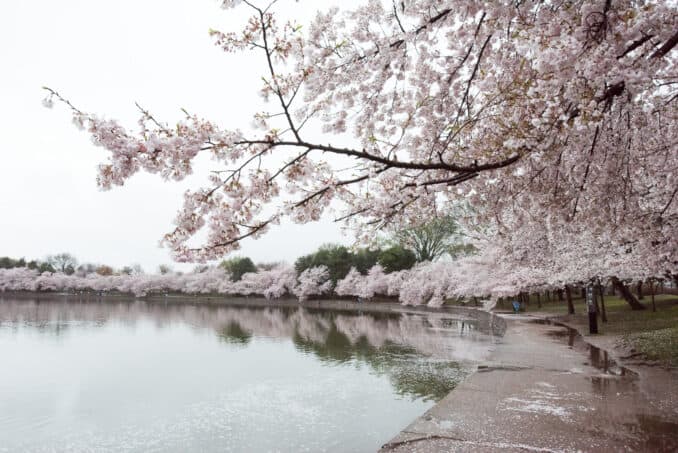 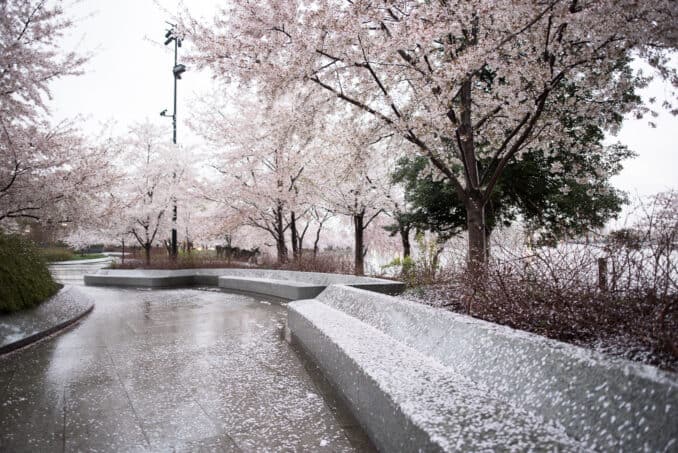 They typically bloom about 2 weeks after the Yoshinos. Here's how they're looking this morning. You can find more information on them here. 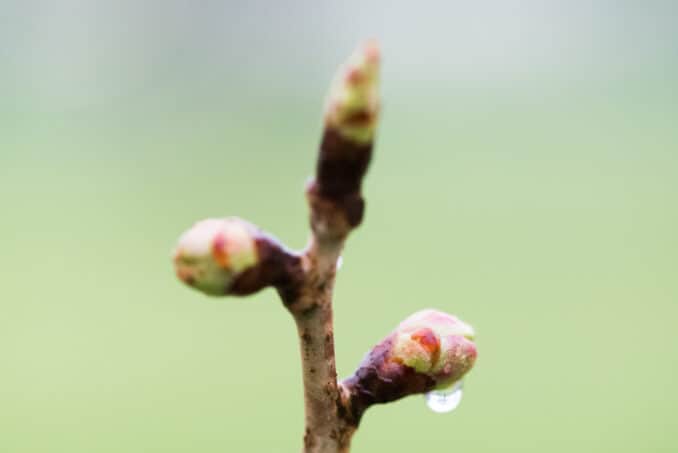 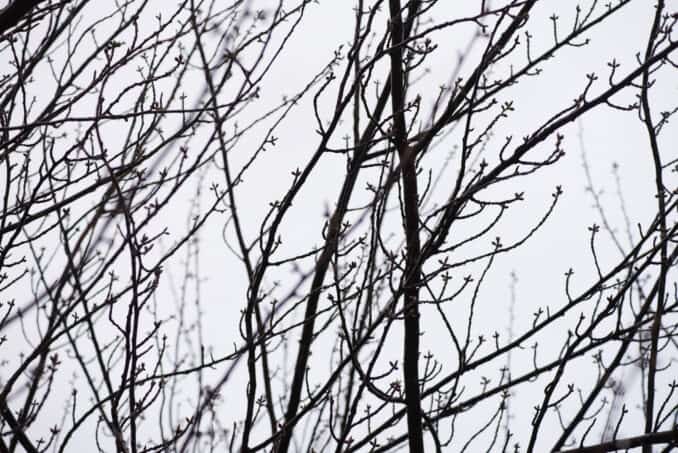 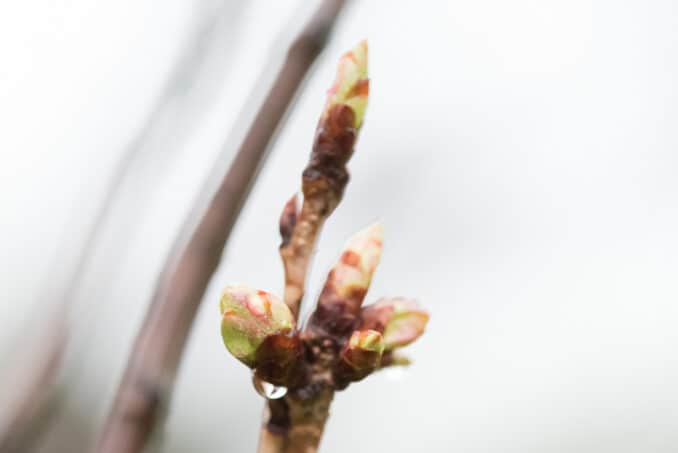 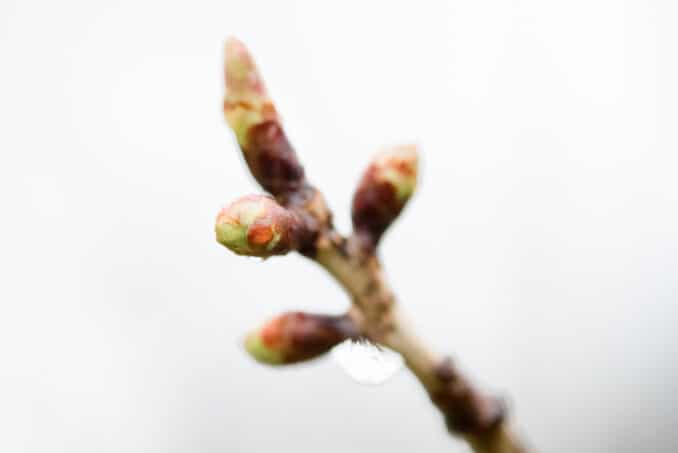