UPDATE: The NPS said during the afternoon that 70 percent of the cherry blossoms had reached the “puffy white” stage. That’s the last stage before peak bloom.

It’s not going to take much now to make the cherry blossoms really pop. There are noticeably more out since yesterday, although many of the trees haven’t yet started. The winter blast didn’t end up amounting to much and is now behind us. Warmer weather today through to the end of the week will have them coming out en masse over the next few days.

It was quite chilly this morning, but very pretty and still. Some high clouds caught the predawn light, and there were quite a few more people out this morning–a lot of them photographers and people getting portrait sessions done–to enjoy it. It’s shaping up to be a really nice day, although a bit of a breeze is expected to pick up soon.

If you’re driving in today through the rest of the bloom, the special traffic restrictions around Ohio Drive are now in place. Ohio Drive itself is still open to parking, but it’s a one-way traffic flow running south to north. That also means that the entrances from the Lincoln Memorial end are closed off, so you’ll need to enter the loop off Maine Ave and go by the Jefferson Memorial. It also means that if there are no spots along Ohio Drive you’ll have to exit the loop and start again. If you don’t want to risk doing the loop again, turn left at the George Mason Memorial (just after the Jefferson Memorial), and park in one of the lots under the 14th Street Bridge. If these street names don’t mean anything to you, don’t worry–just follow the signs and you can’t go wrong. And a reminder that I have more details on how to get to the cherry blossoms here.

What Peak Bloom Does and Doesn’t Mean

Now that we’re getting closer to the peak bloom, I’m getting a lot of questions about which day to go to catch the peak bloom. So it’s worth clarifying what “peak bloom” is and isn’t.

While we end up referring to it a lot, “peak bloom” isn’t the be-all and end-all of seeing a spectacular view. That is, you don’t have to be there on that exact day to see the trees in full bloom. It simply means that the NPS experts have determined that on such-and-such date 70 percent of the trees are in full bloom. That, of course, also means that up to 30 percent are still yet to reach full bloom.

There’s a window of about 2 days before to 2 days after the peak bloom day that I’d consider prime viewing. In the right conditions it can be longer, potentially a lot longer. At the beginning, the flowers start white; they gradually turn a pale pink. So if you don’t happen to be there on the specific peak bloom date (and the NPS won’t announce it until–or even after–it happens), it doesn’t necessarily mean you’re getting a lesser spectacle. In fact, I personally prefer how they look a couple of days after peak bloom when they’re turning pink.

I have much more about what “peak bloom” does and doesn’t mean here.

Will There Still be Flowers To See on X Date?

This is the question I’m getting most at the moment, understandably. And as much as I’d like to be able to give a flat “yes” or “no,” it’s impossible to give a definitive answer. That’s because there are several factors that come into play that determine how long the flowers will stick around.

There’s a window of about 2 days before to 2 days after peak bloom that I’d consider the safe zone. Outside of that, it varies year to year, but the general rule of thumb is that the risk increases for each day you move away from the peak bloom date.

As with nearly everything about the cherry blossoms, weather is a very big factor. If we have cool, still, and dry weather, the flowers can stick around longer. Perhaps maybe even a week or more. If we have warm, windy, rainy, or stormy weather–all of which are pretty common at this time of year–they can disappear much more quickly. Perhaps only 3-5 days after peak bloom.

Further complicating it is that the clock doesn’t start ticking until we get to around peak bloom, which in this case serves as a useful reference point. And we won’t know when that is until it happens. And yet another complication is that not every tree is on exactly the same schedule. Even after most of the trees are finished and have green leaves, there might well be some late stragglers.

I have a photo timeline that gives examples of the types of things you might expect to see in the days after peak bloom.

The upshot is that if you’re visiting next week (say, March 28 to April 3), my answer as to whether you’ll see any flowers is “maybe”. The odds are best earlier in the period and reduce later in the week. I realize that’s a pretty wishy washy answer, but it’s about as good as is possible to give in advance. As a practical matter, if you are planning to visit, your best chances will be at the beginning of your visit rather than the end.

If you do miss the main bloom by a couple of weeks, your timing might be good for the Kwanzan cherries. They bloom a couple of weeks later. While there aren’t as many of them, they’re especially pretty. I have more information on them, including how to find some of the larger clusters, here.

You might also catch the tulips. While tulips aren’t unique to this area, of course, there are an unusually large number of them in and near the National Mall, especially up around the grounds near the U.S. Capitol Building, near Memorial Bridge, along the George Washington Parkway, and at the Netherlands Carillon, and they are quite a highlight in their own right (here are some examples).

These photos should give you a sense of what you can expect to see if you head down today. As you can see, there are still a lot of trees to pop. But the pace will start picking up again now, and even as it warms up today more and more flowers will keep coming out during the day. 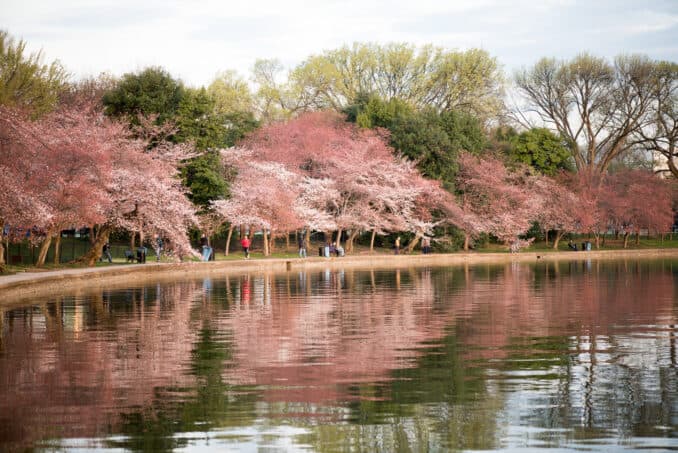 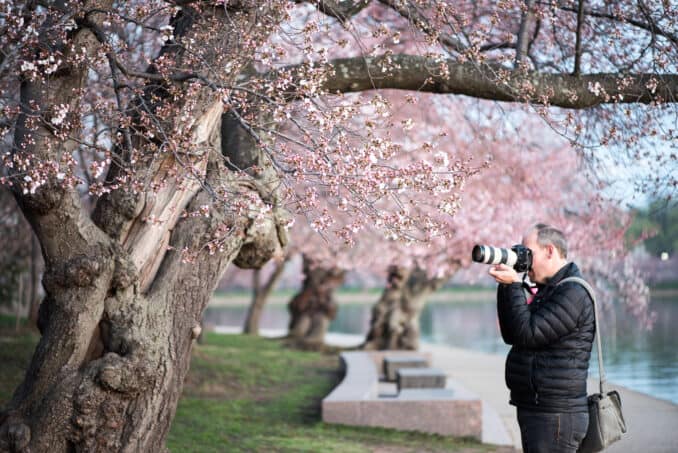 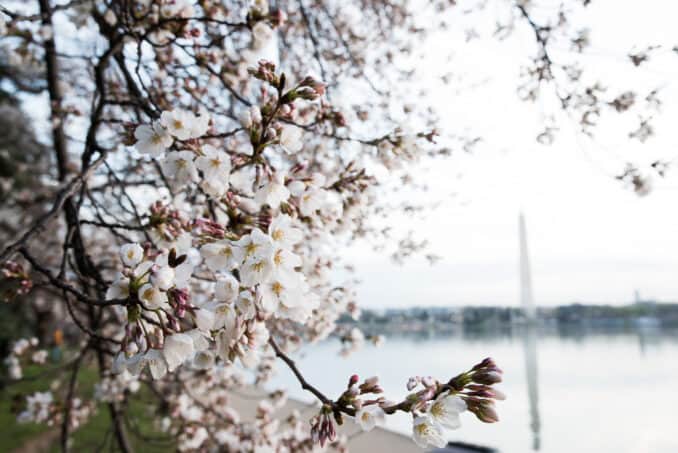 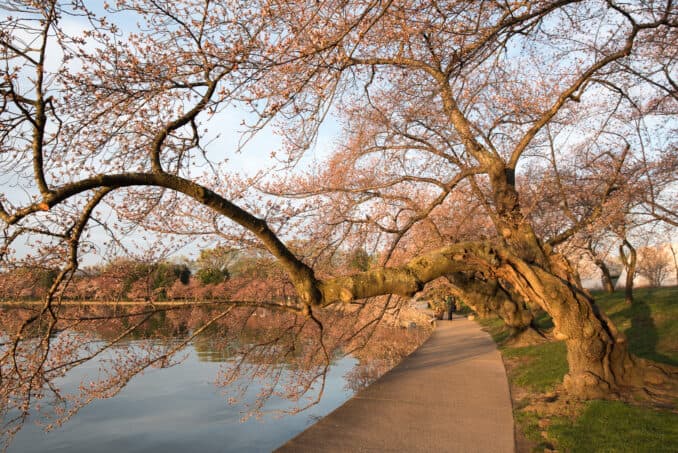 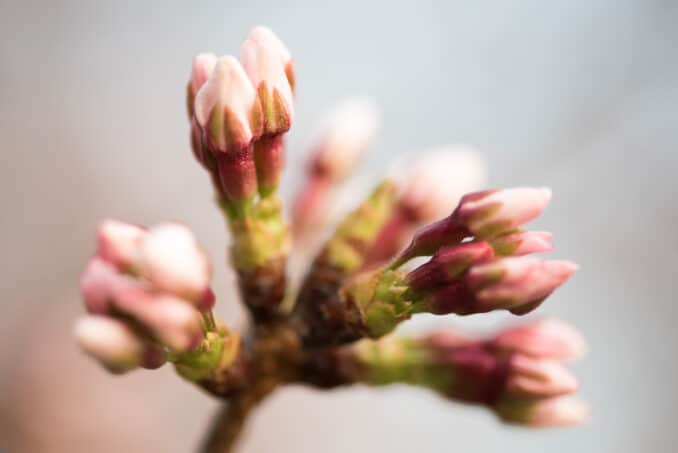 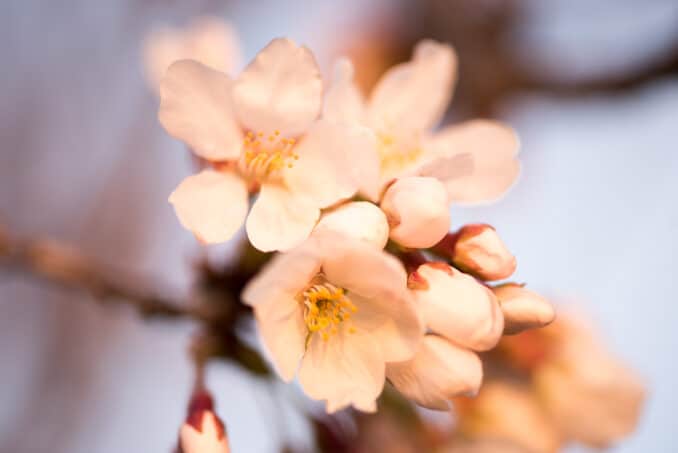 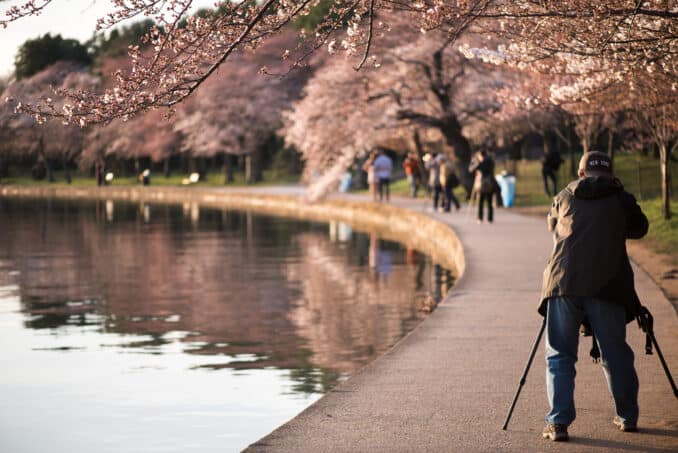 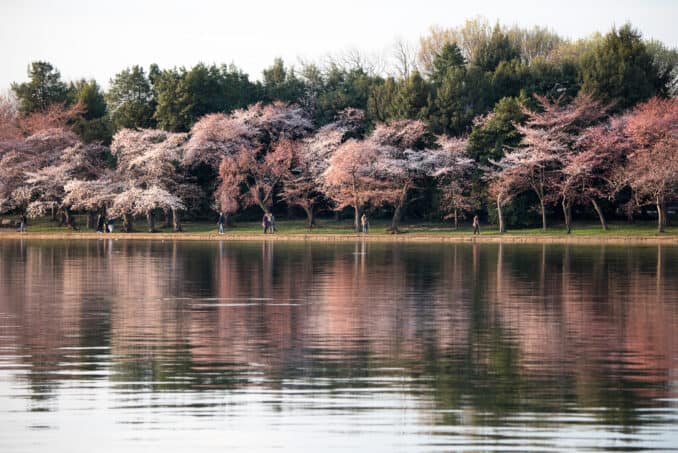 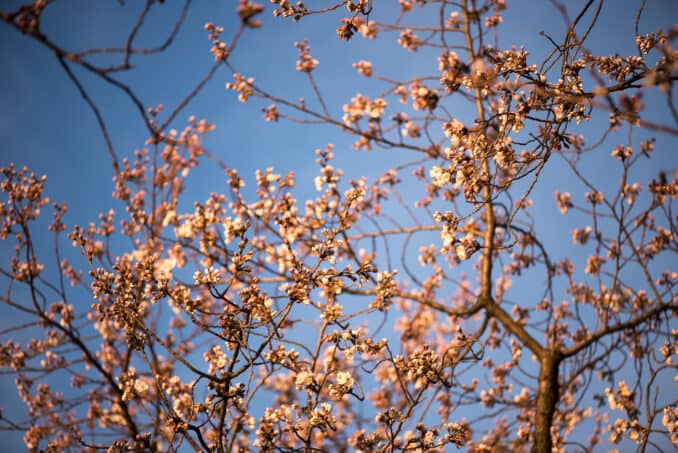 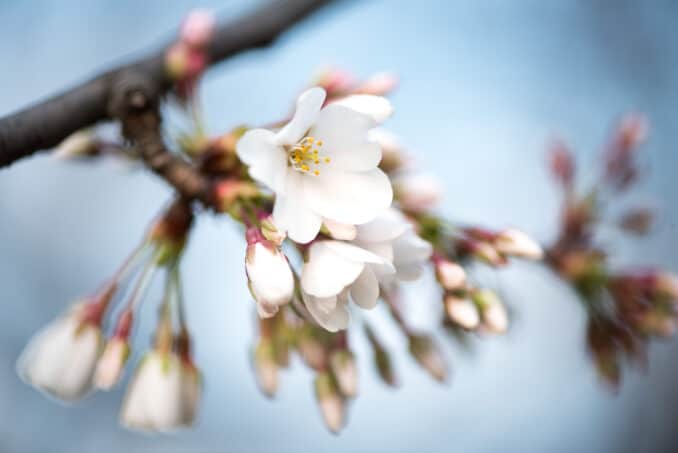 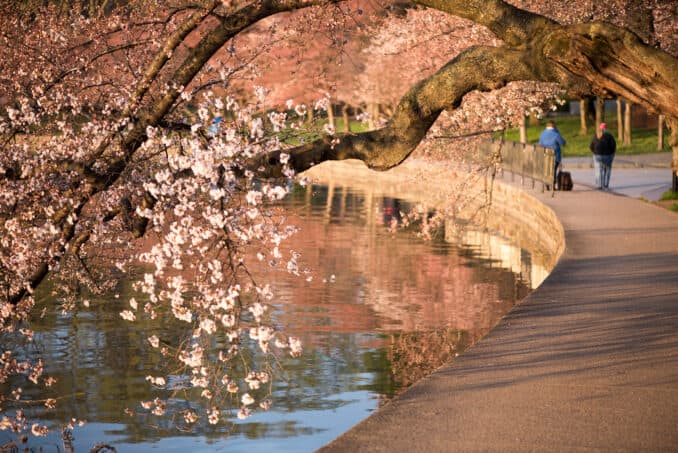 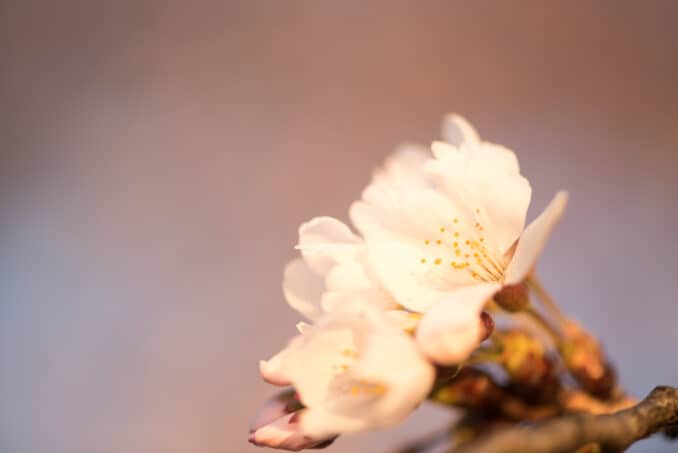 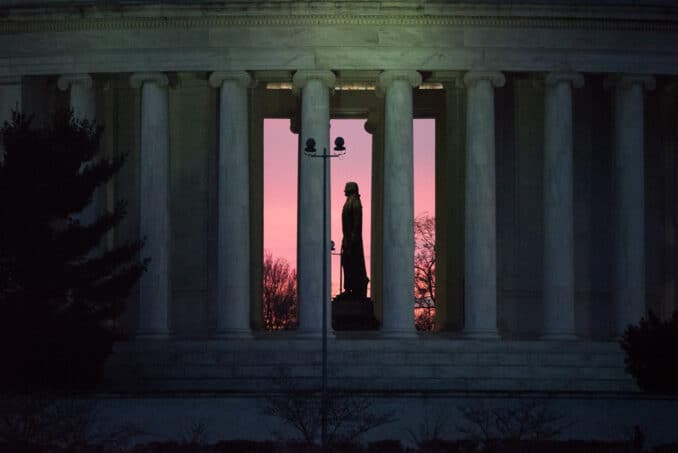 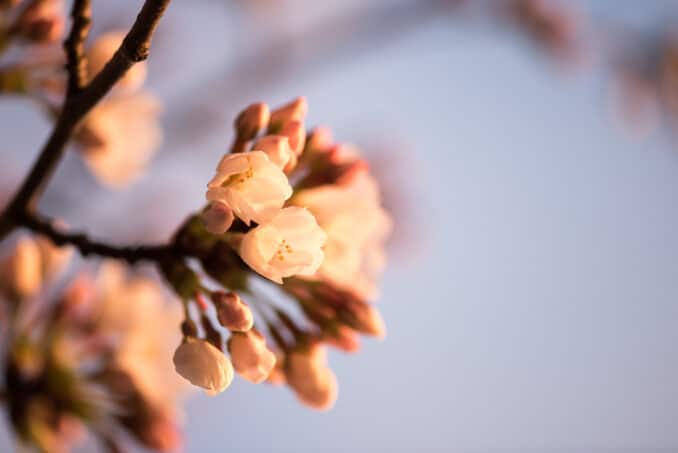 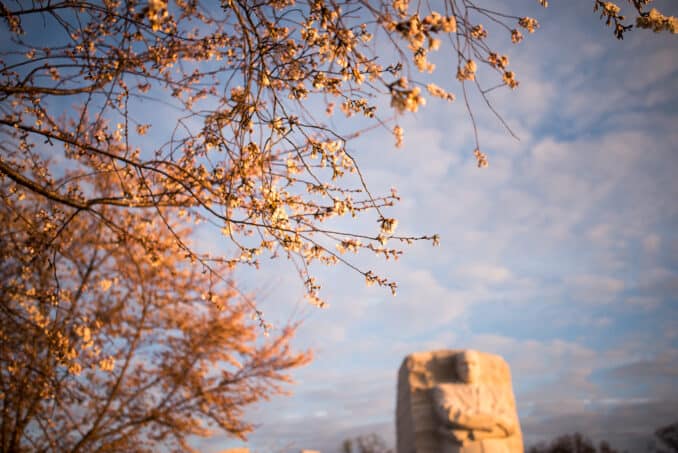 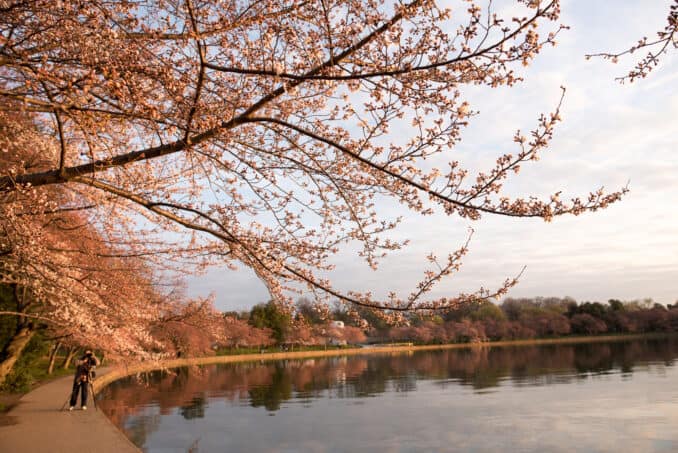 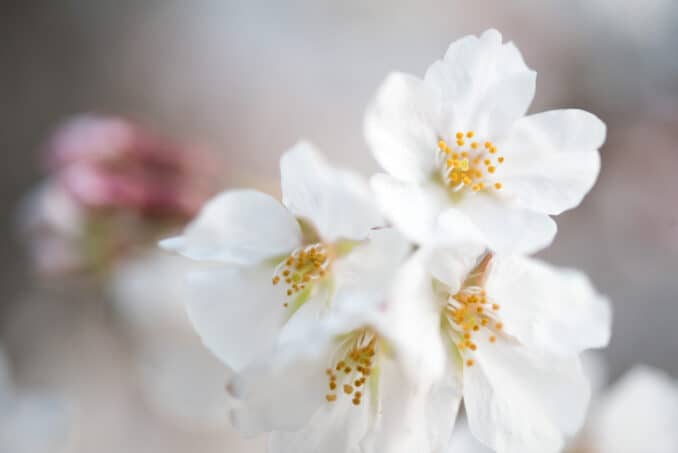 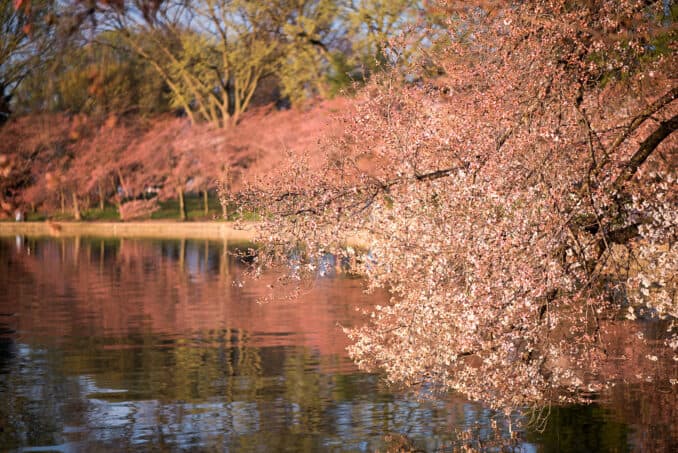 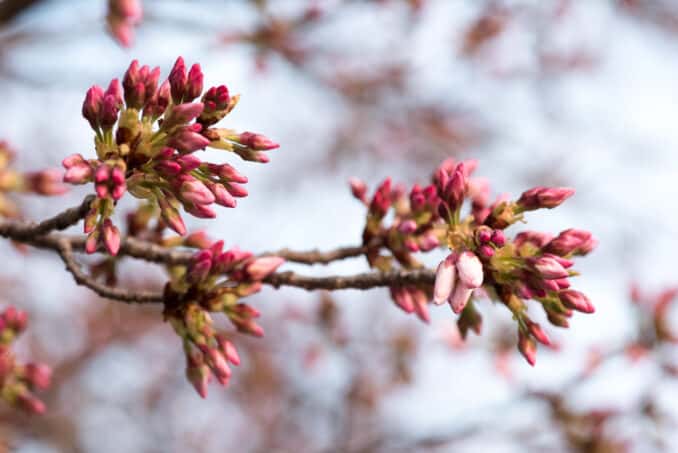 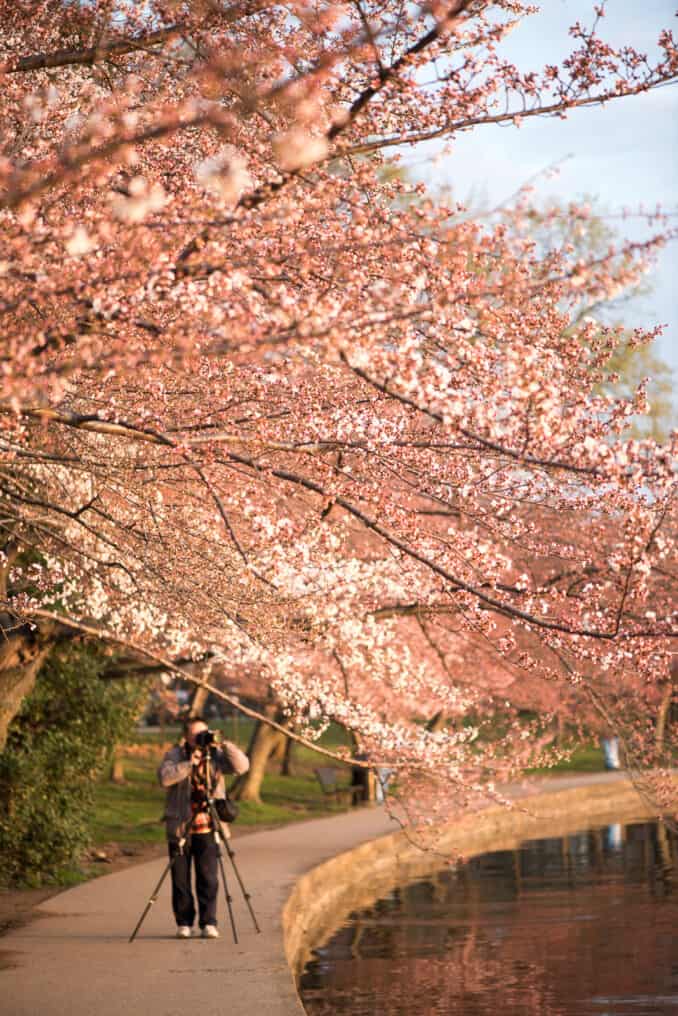 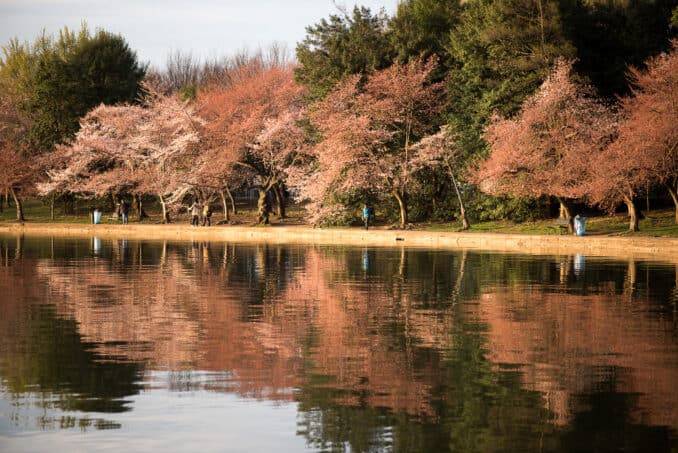 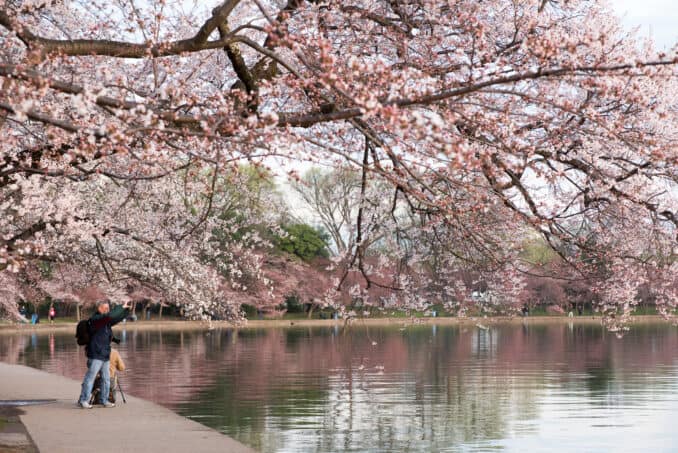 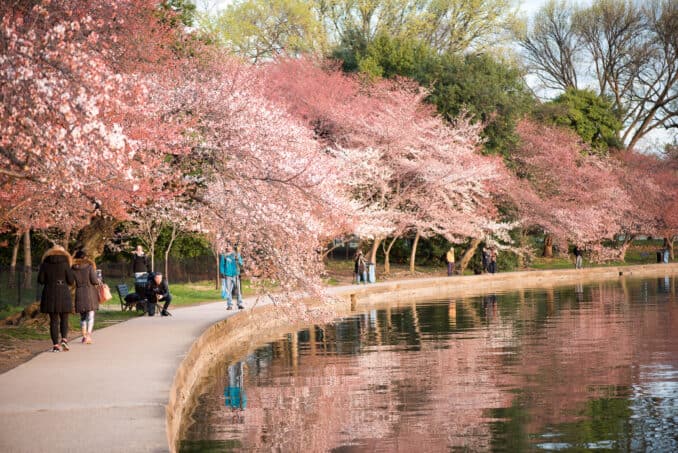 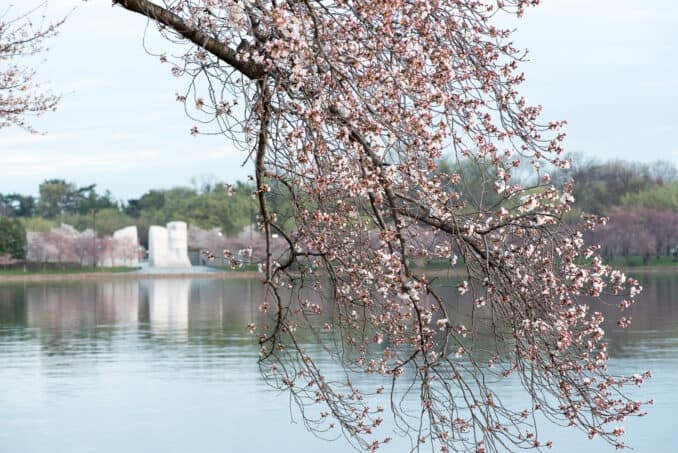 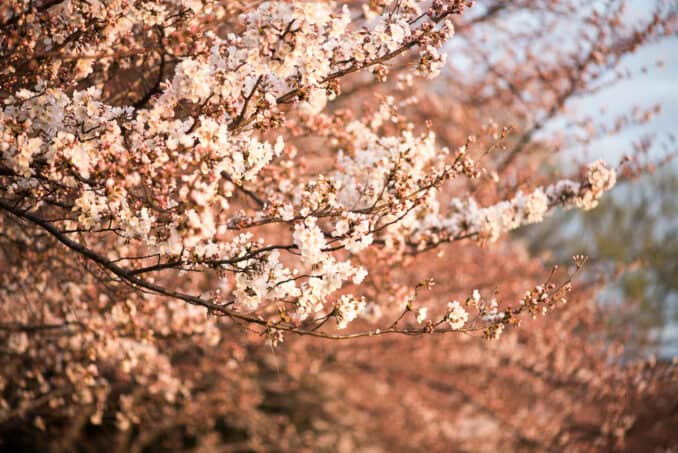 They’re partly back in business. 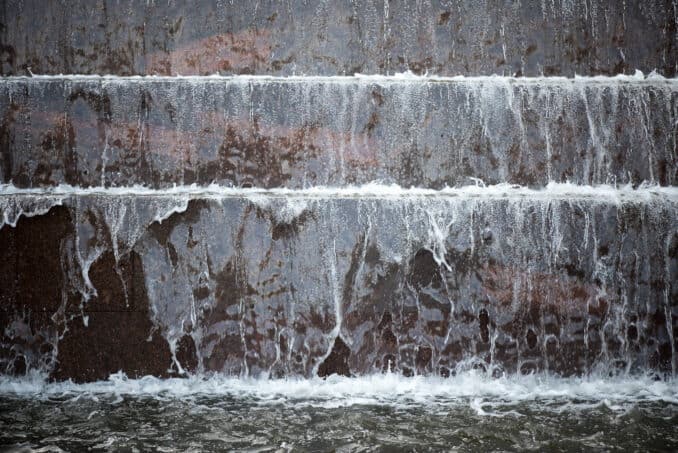 Looking for travel stock photos or prints? I might be able to help. You can search my collection here:
If you already have a buyer account with Alamy and would prefer to use that, you can search my images directly here.
572shares