The buds have been making good progress with the warm weather. There’s an Arctic Blast incoming, but it shouldn’t pose much of a problem. 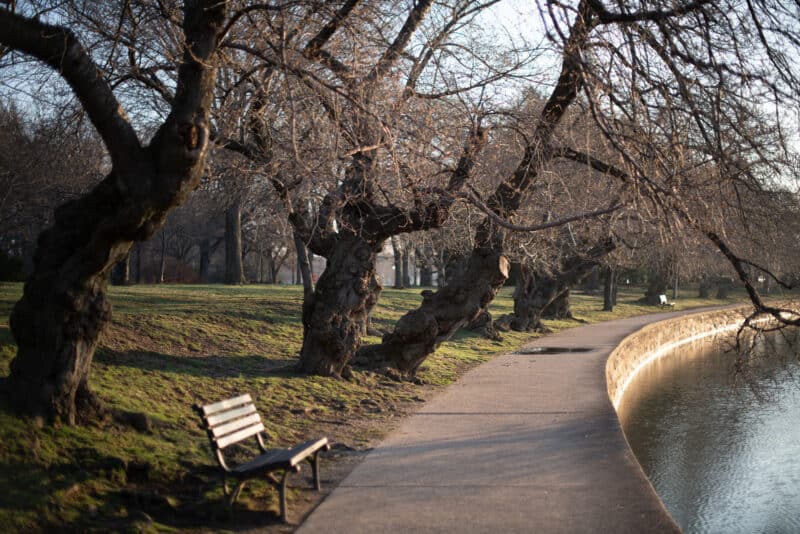 It's a beautiful, sunny spring morning and shaping up for a lovely day. But it's not going to last. Winter is coming back tomorrow with some potentially wild weather and plunging temperatures.

The cherry buds have been making good progress. As usual, not all the trees are exactly the same schedule, with some racing ahead of others. But the warm weather over the past week or two has helped with brisk progress.

The National Park Service has determined that they reached the Florets Visible stage on March 7. That's the second of the five stages tracked before peak bloom.

And the saucer magnolias (aka tulip magnolias) at the Enid A. Haupt Garden behind the Smithsonian Castle are getting closer to blooming. The cooler weather over the next few days will slow things, but warmer weather after that will help bring them out. You can see some photos of them taken this morning below.

Will The Arctic Blast Threaten the Cherry Blossoms?

The strong winds might cause some physical damage to fragile branches, although the NPS arborists do a good job of pruning the most fragile branches as part of their routine care.

The magnolias might be at more risk. Their buds are further along in the process and potentially more susceptible to freezing temperatures expected early Sunday morning.

How the Tidal Basin Looks This Morning

How the Magnolias Look This Morning

These were all taken this morning at the Enid A. Haupt Garden behind the Smithsonian Castle.