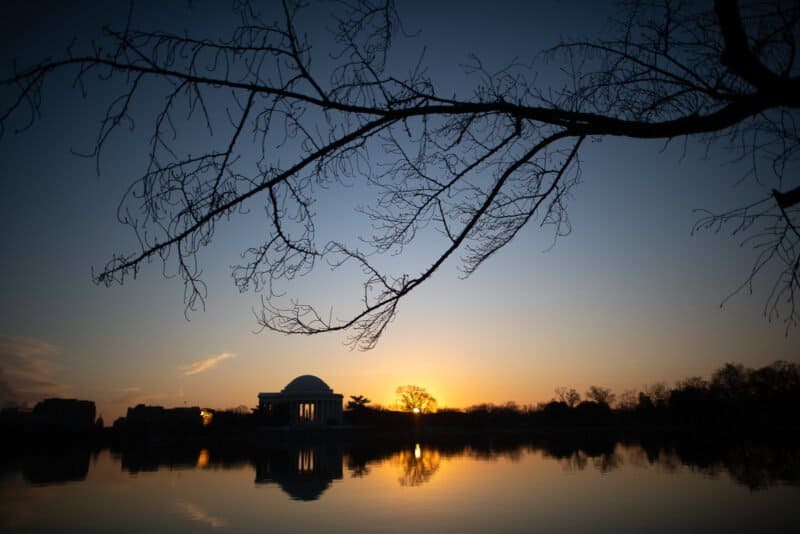 The Washington Post‘s Capital Weather Gang have announced their initial peak bloom prediction for 2022. They predict a peak bloom around March 24, “or within a five-day window of March 22 and 26.” That's about a week earlier than the average over the past few decades. They point particularly to the mild February–about 2.5 degrees warmer than normal–and especially warm temperatures last week (if your pollen allergies seemed to kick in last week, it wasn't your imagination–apparently the warm temperatures prompted the trees to release abnormally high levels of pollen for this time of year). You can find more detail on their rationale here.

The National Park Service will be announcing their initial prediction later this morning. So stay tuned!

Around the Tidal Basin, there's still not much to see just yet. Some of the trees have green buds starting to poke through, but most of the trees aren't quite there yet.

How It Looks at the Tidal Basin This Morning

Here are some shots I took at the Tidal Basin to give a sense of how it looks this morning.