It’s a beautifully clear and cool morning down at the Tidal Basin.

The National Park Service said that the cherry trees had reached the green buds stage as of February 28. That’s the first stage after the trees awaken from their winter dormancy and the first of the six stages marked as they head into bloom.

February 28 is early, but there have been several other times in recent years that have been just as early or even earlier. While it typically suggests an early bloom (in mid- to late-March), there have been exceptions when cold air came and settled over the region. That occurred in 2018, when the green buds stage was marked on February 24 but peak bloom didn’t end up happening until April 5.

Stay tuned on Wednesday for the National Park Service’s announcement of their initial peak bloom prediction.

Below, I have some photos taken this morning around the Tidal Basin, including some of the indicator tree and another early bloomer, both of which are well ahead of most of the trees.

How it Looks This Morning

Here are some shots of how it looks at the Tidal Basin this morning. 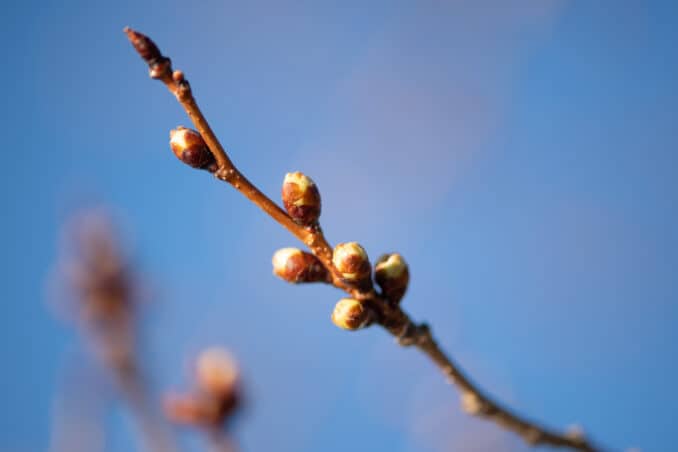 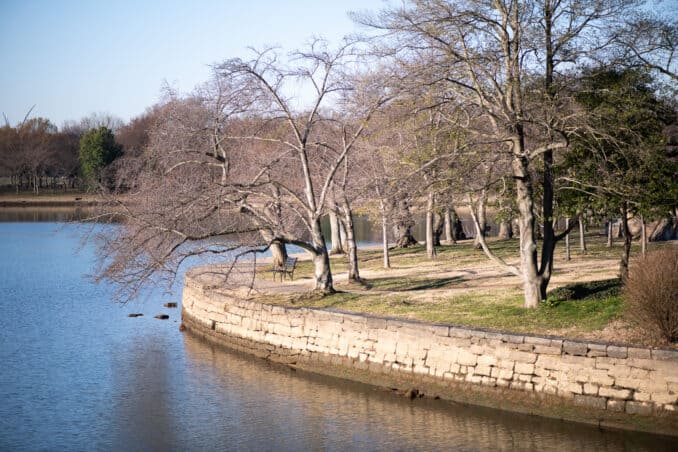 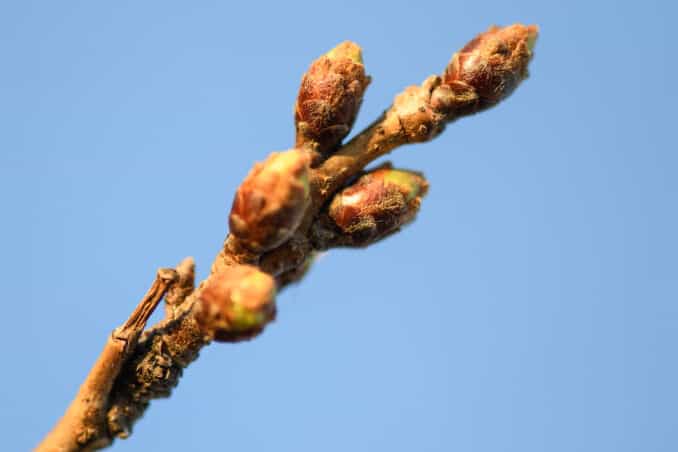 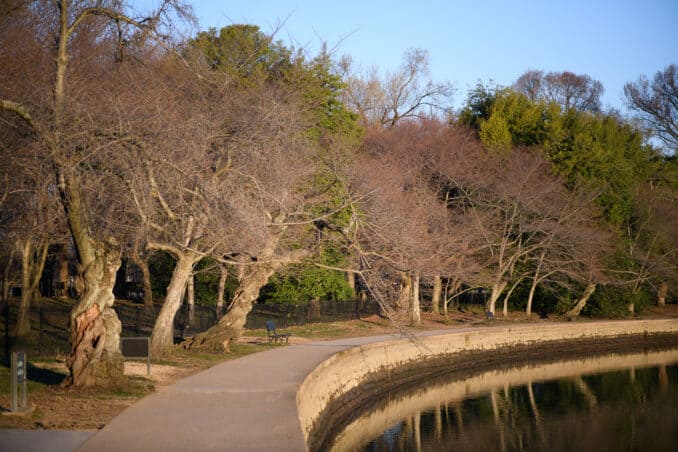 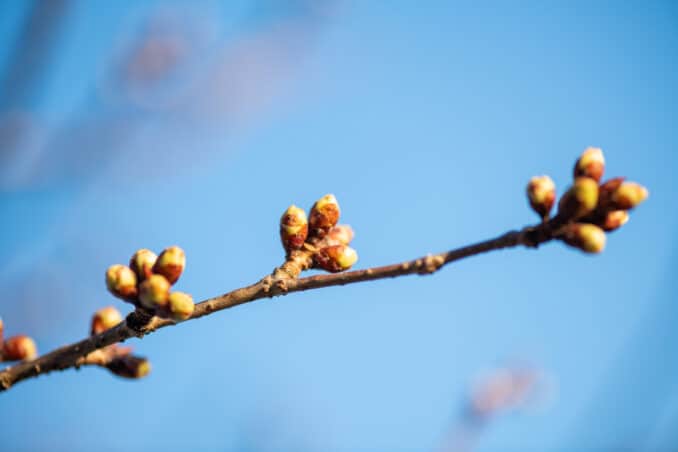 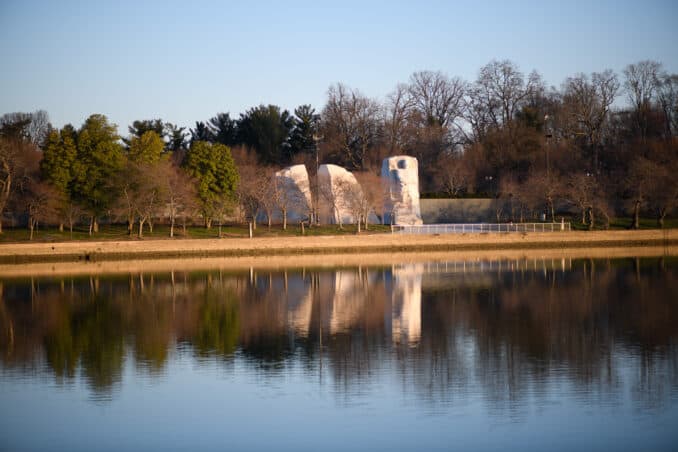 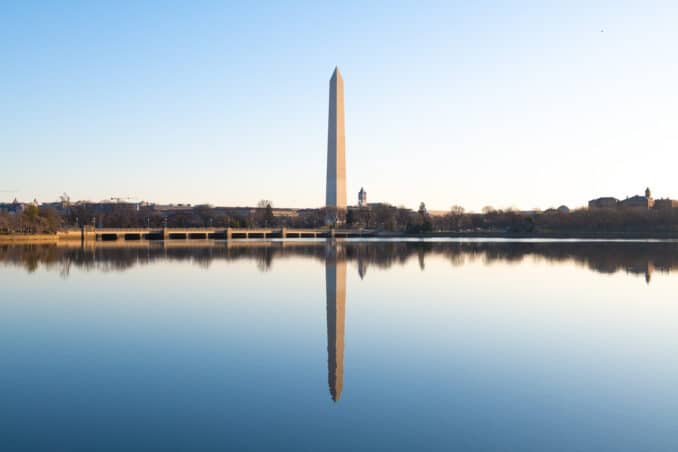 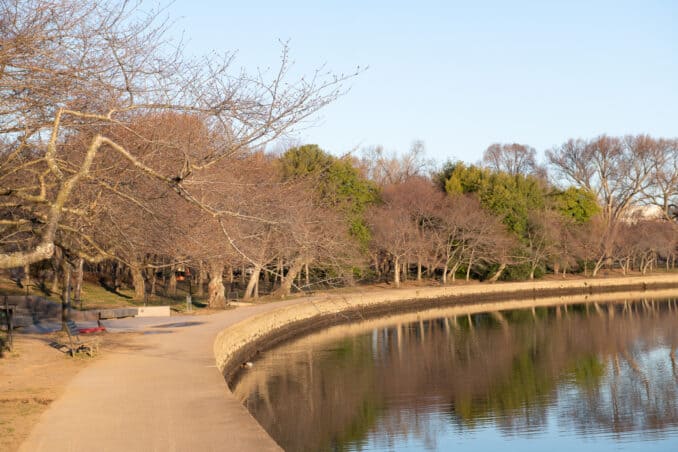 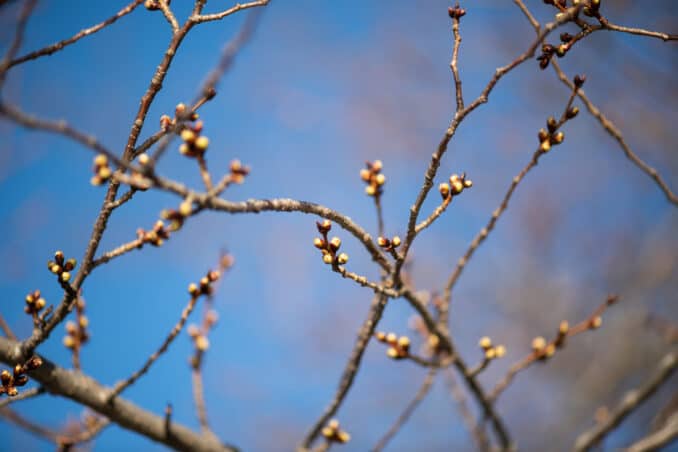 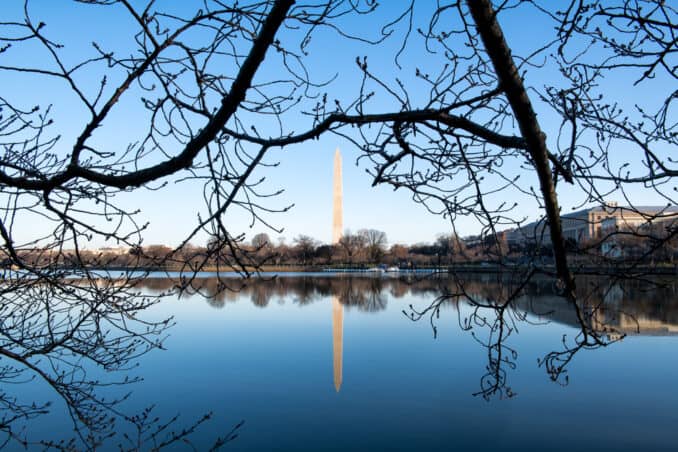 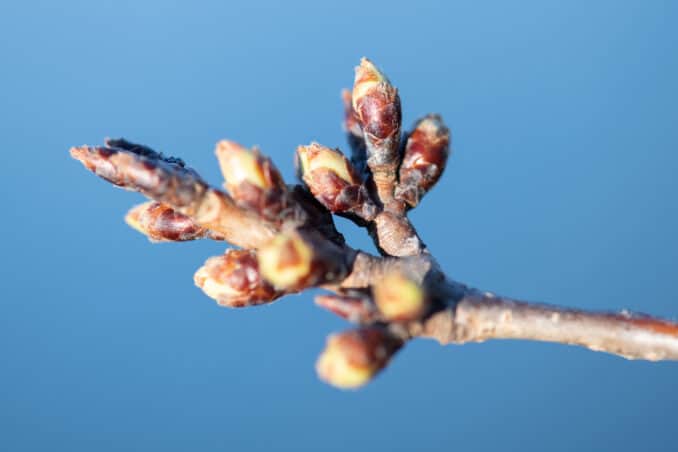 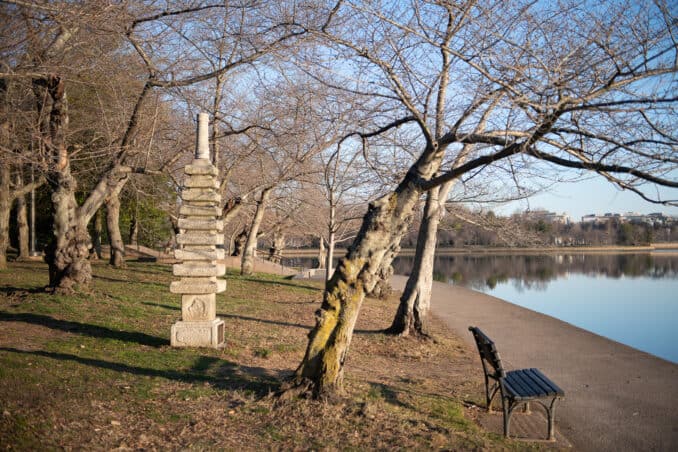 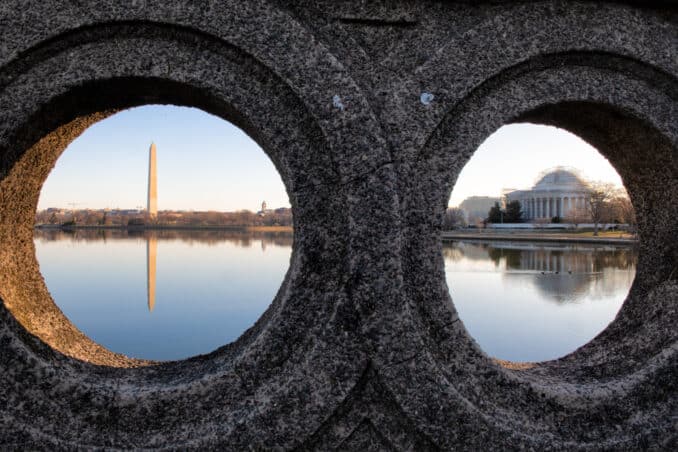 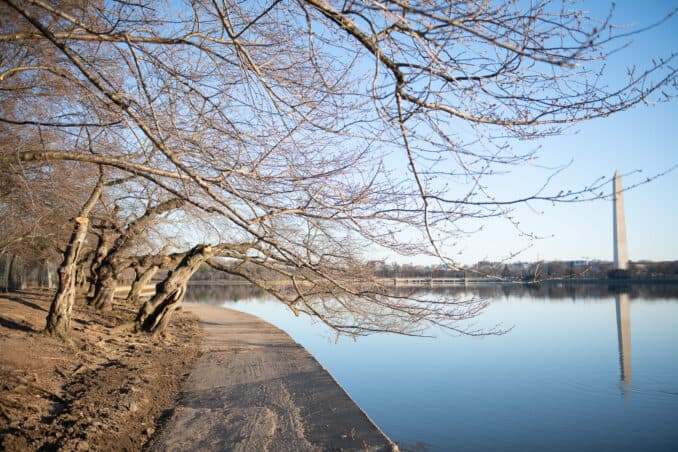 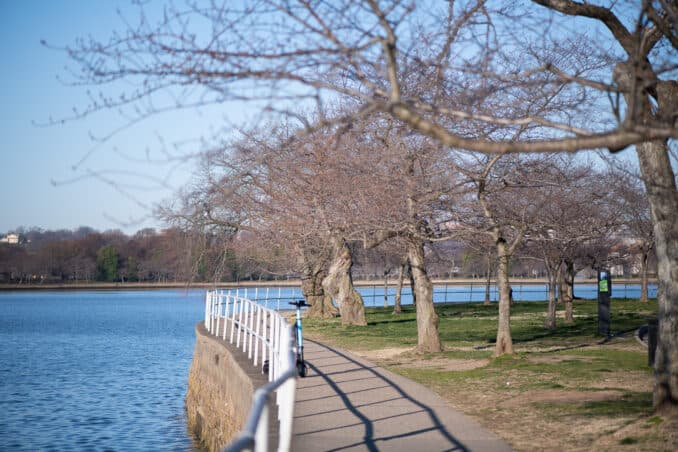 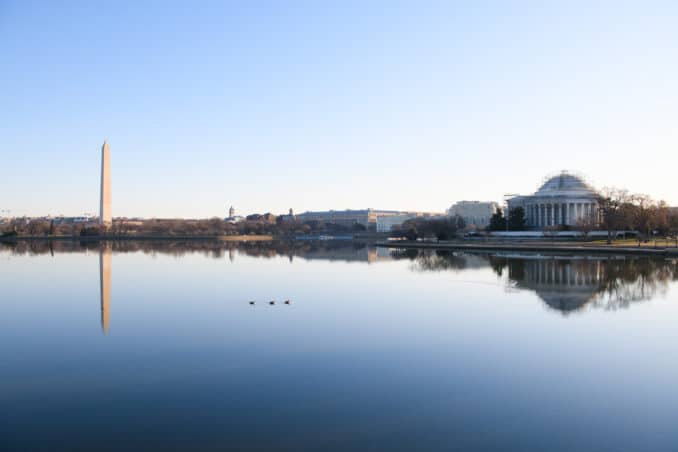 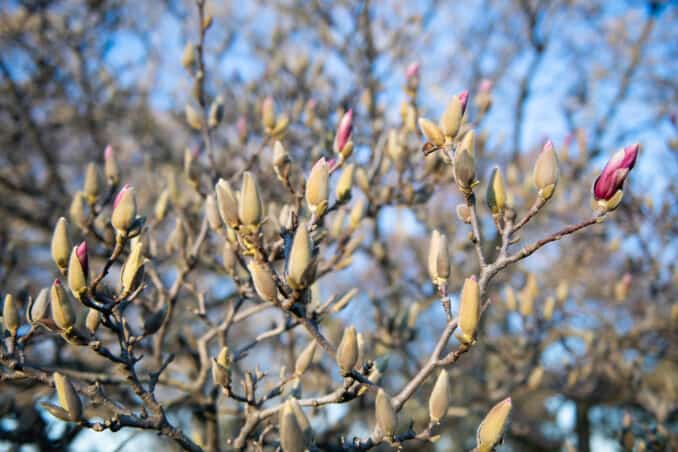 Saucer magnolias at the George Mason Memorial next to the Tidal Basin. 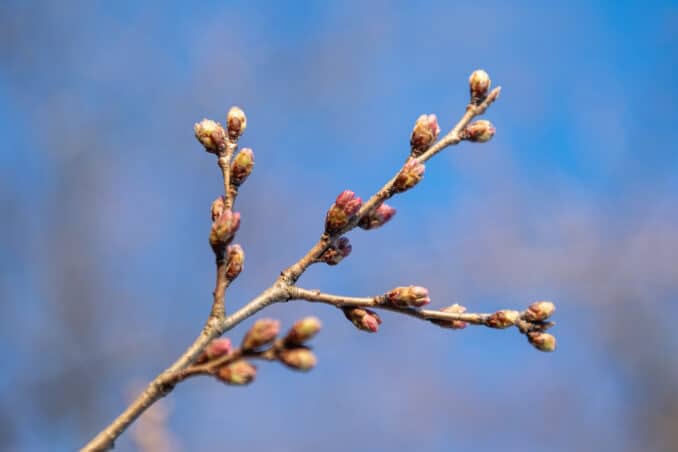 The indicator tree is one on the south-eastern side of the Tidal Basin that is reliably a week or two ahead of the others. I have more information on it, including how to find it, here.

As of this morning, it’s well ahead of the others. If you look closely, you can even see some white petals starting to poke through in some places. 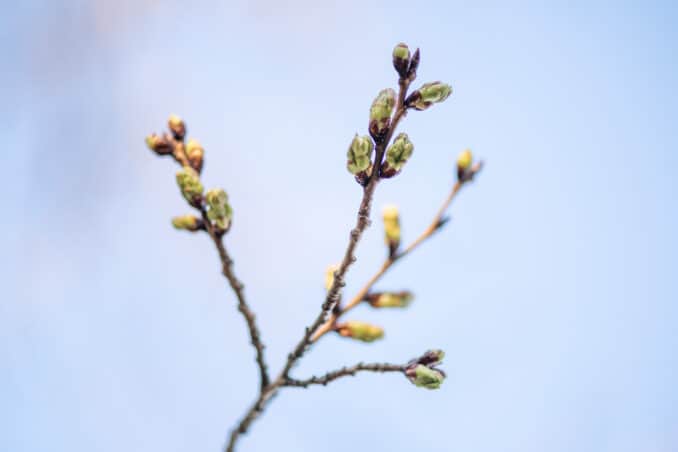 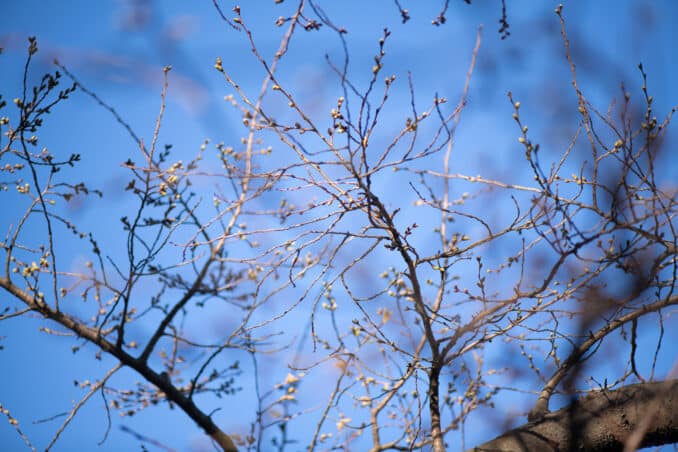 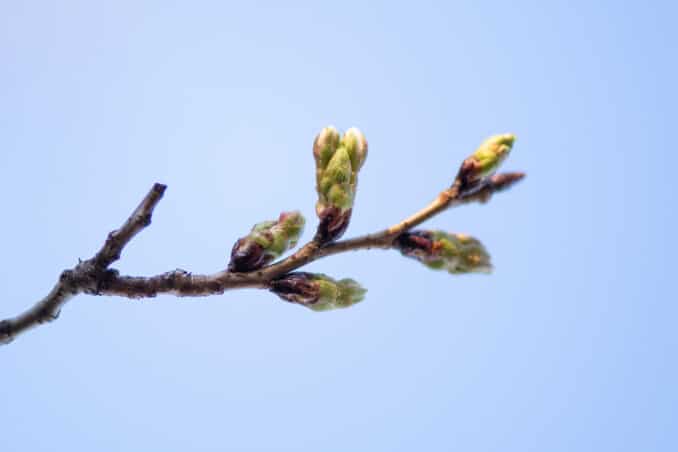 The indicator tree. You can see some white petals starting to poke through here.

The Jefferson Memorial is undergoing a major renovation project to clean the dome. So the exterior is covered in scaffolding (you can still access the interior, which is mostly scaffolding free).

There’s no particular news here, but from time to time I’ll include some shots of it mainly so that any photographers planning some sunrise shots know what to expect and don’t get a disappointing surprise when they turn up to find scaffolding. 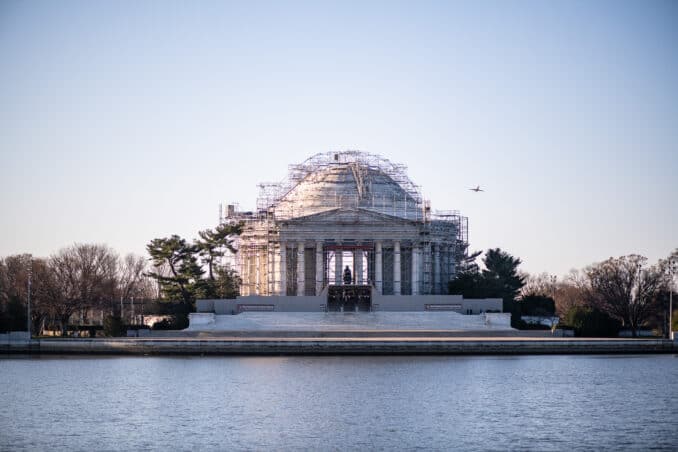 Renovations at the Jefferson Memorial are expected to last at least through May. 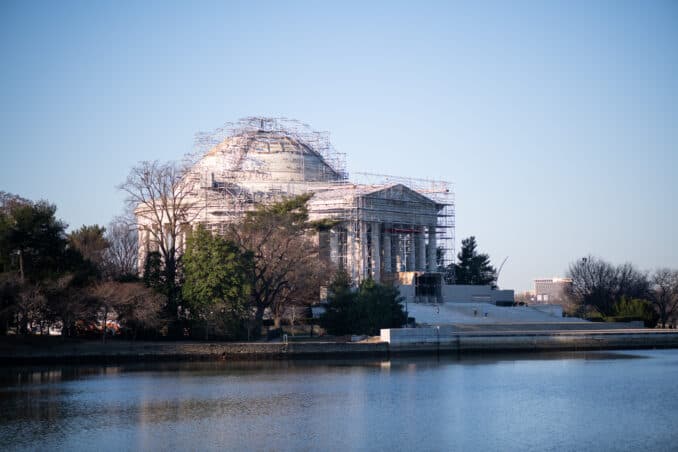 Renovations at the Jefferson Memorial are expected to last at least through May.

Elsewhere near the Tidal Basin:

Looking for travel stock photos or prints? I might be able to help. You can search my collection here:
If you already have a buyer account with Alamy and would prefer to use that, you can search my images directly here.
2.7Kshares