There’s a light layer of slushy snow around the Tidal Basin, and the area is mostly deserted. 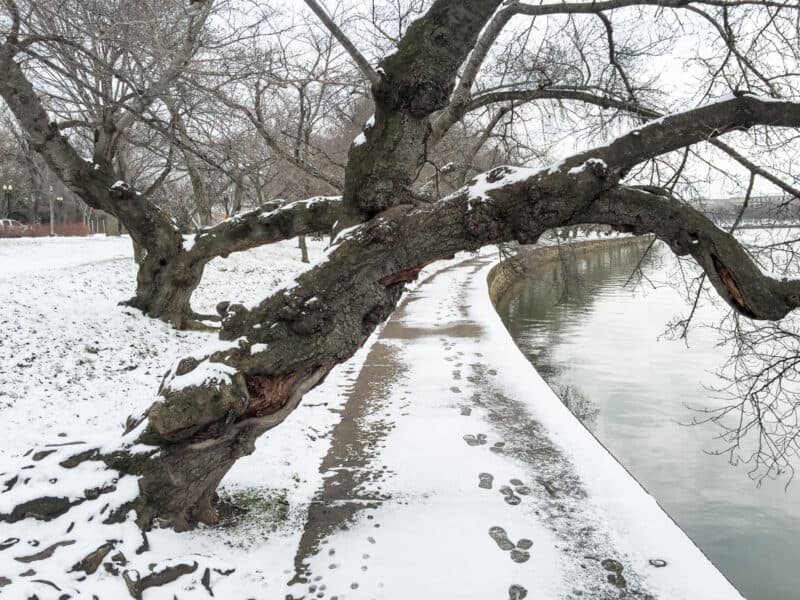 We've just caught the bottom end of the storm that has slammed into New England, and while we've had quite a lot of rain, frozen rain, sleet, and snow over the past day or so, not all that much of it has stuck. And, as usual, there's much less accumulation down around the National Mall and Tidal Basin than there is in some of the suburbs.

Around the Tidal Basin there's maybe half an inch of slushy snow. But it has also been warm enough the past few days to melt the thin layer of ice that was covering about half the Tidal Basin on the weekend.

As you'd expect, it's pretty quiet down around the Tidal Basin right now with very few people out and about.

The National Park Service has done a great job already of clearing snow from around the MLK Memorial, although as the signs warn it's still a bit slick. 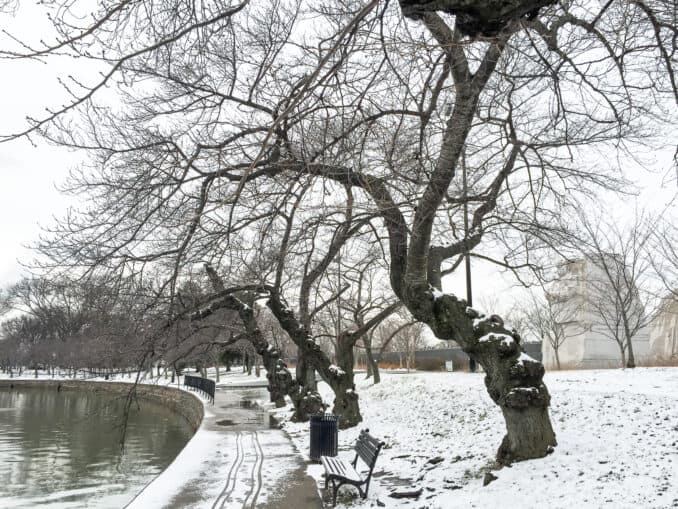 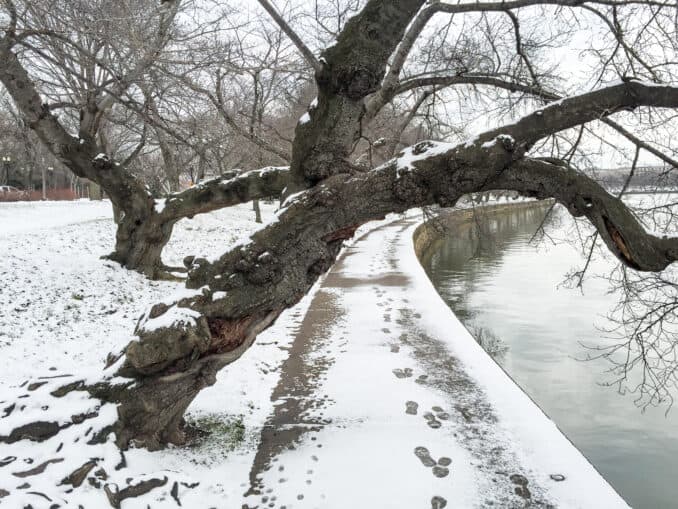 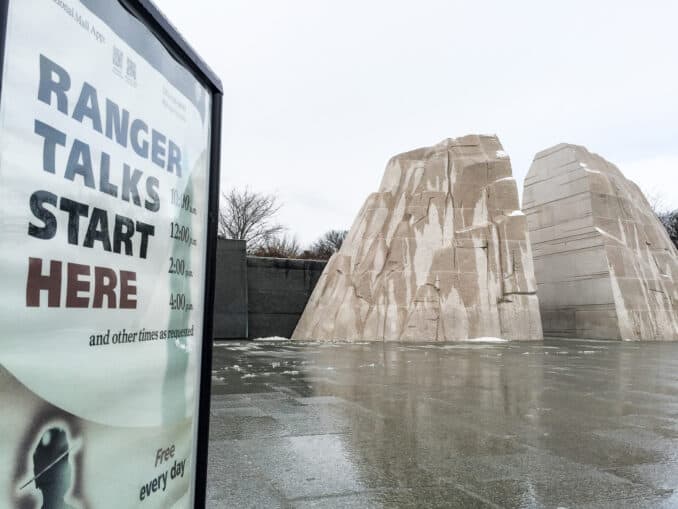 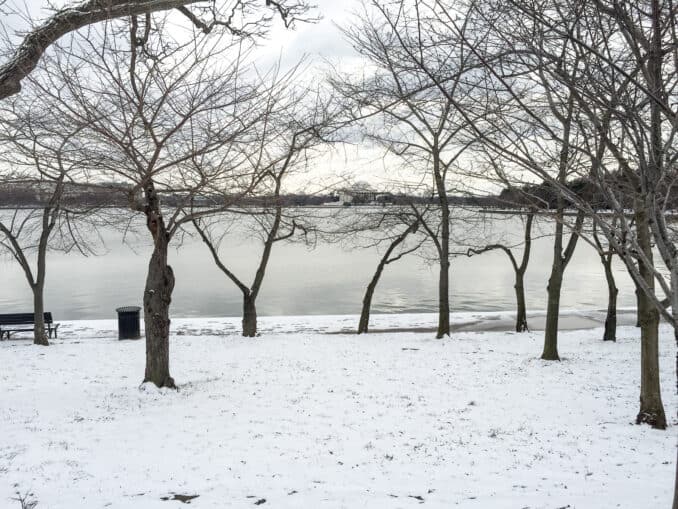 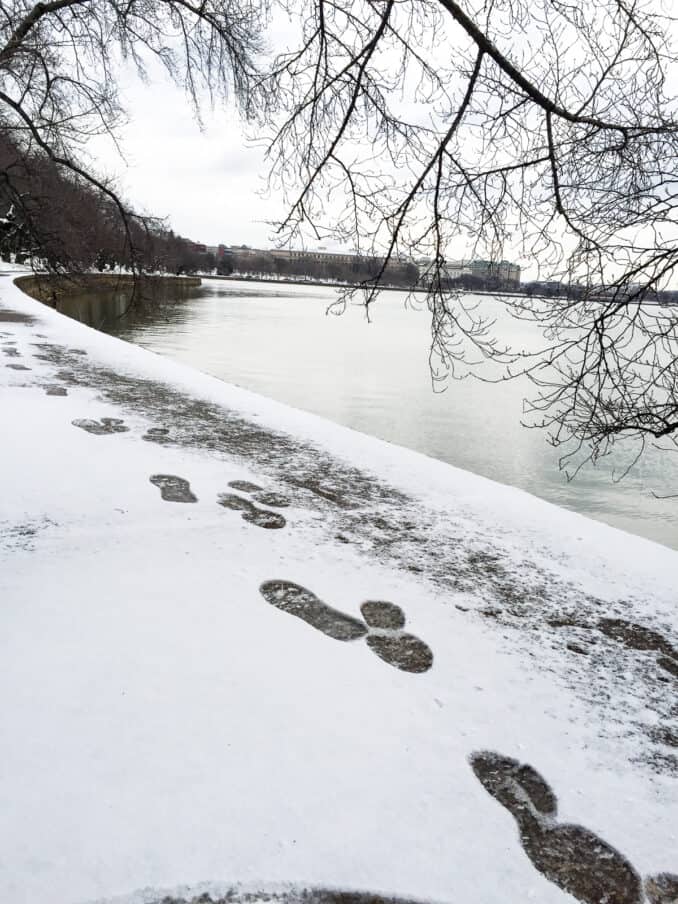