It’s still too early to know when Washington DC’s cherry blossoms will bloom in 2017.

So far it’s been a pretty unremarkable winter. We’ve had some warm spells, a couple of very cold snaps, and some–but not much–snow. Put together, it doesn’t really give much to go on for trying to predict when the flowers will come out. But we’re now heading into the period when things can start to become a little clearer.

The first peak bloom predictions for the year, by the National Park Service and the Washington Post‘s Capital Weather Gang, usually come out around early-March. They’ll then have the benefit of long-range weather forecasts looking into March and early April. For now, though, we’re in wait and see mode.

Now that we’re getting closer, I’ll be posting more regular updates. You can find the latest updates from the front page or follow the Cherry Blossom Watch page on Facebook to get notification of updates in your news feed. And if you’re looking for ideas on things like what to expect and where to stay, I’ve put together some visitor information.

Average Temperatures So Far in Winter 2016-17

So far we’re tracking a little above the historical normal through the late fall and first part of winter.

Unfortunately, though, warmer temperatures this early in the process aren’t necessarily reliable indicators one way or the other for when the bloom will come. As you can see from the table below, it’s entirely possible to have a warm November and December and still end up with a late bloom. The temperatures in late January, February, and March are more important in setting the pace. And there’s still plenty of winter to come.

For comparison, here are how much the monthly averages varied from the historical average for that month broken down by the months leading up to that year’s bloom.

As you can see from the photos, there’s not much to see yet. If you’re coming into town for the inauguration, here’s the type of thing you can expect to see around the Tidal Basin. 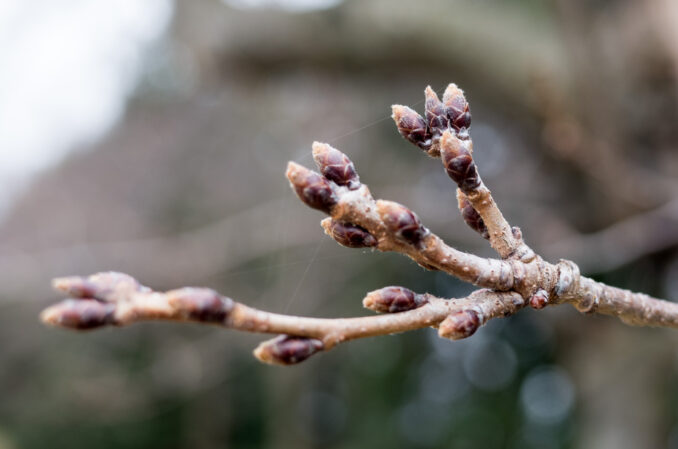 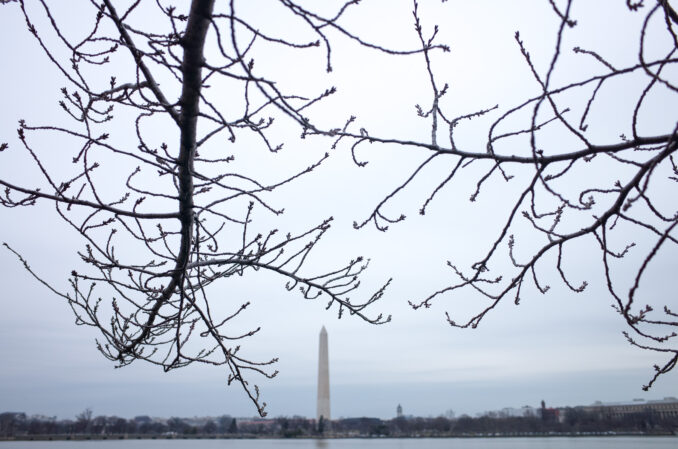 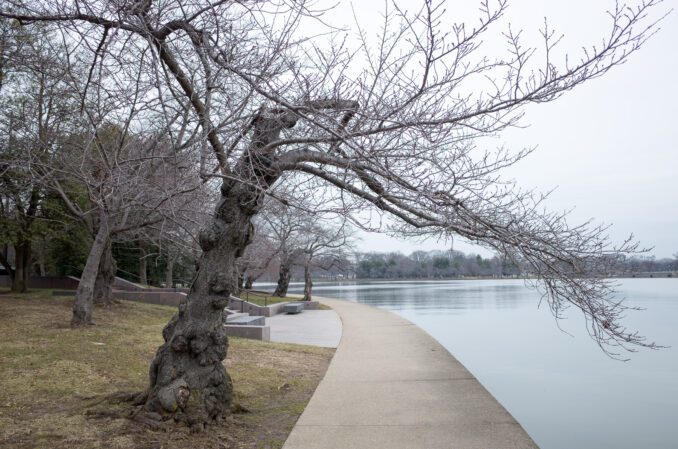 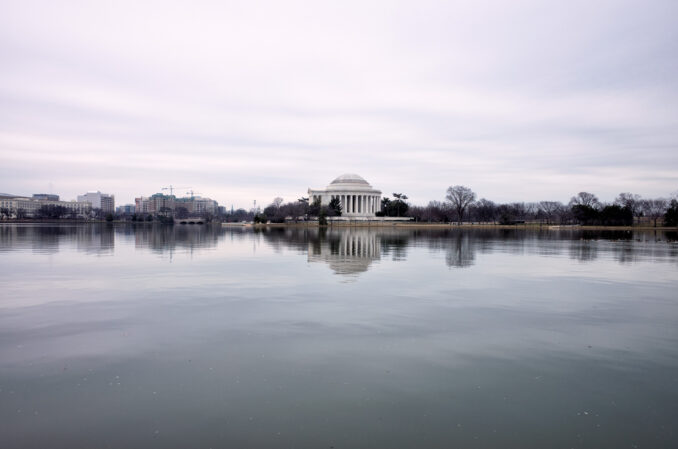 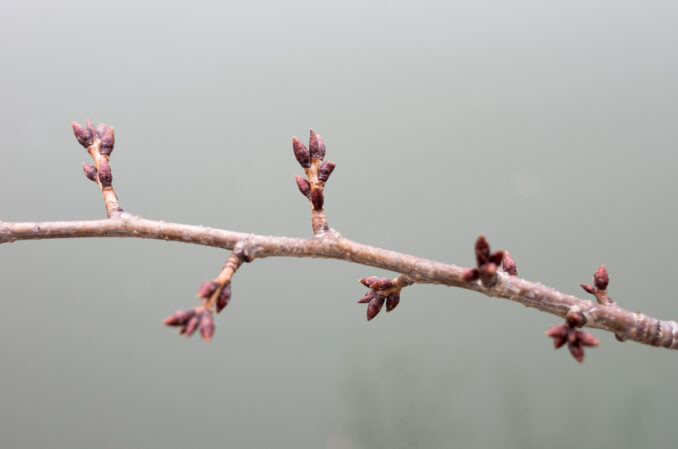 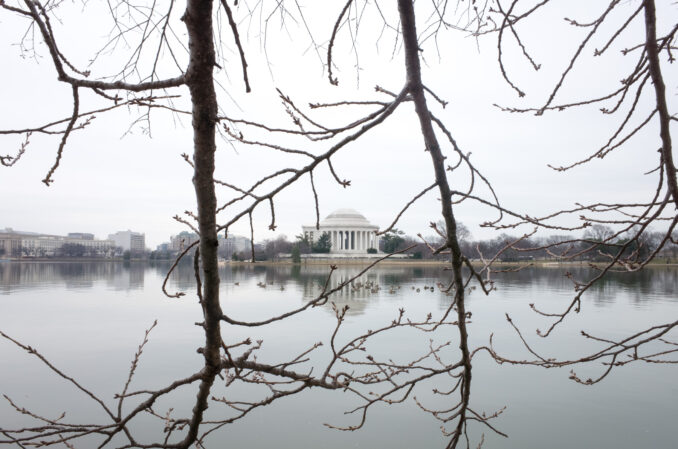 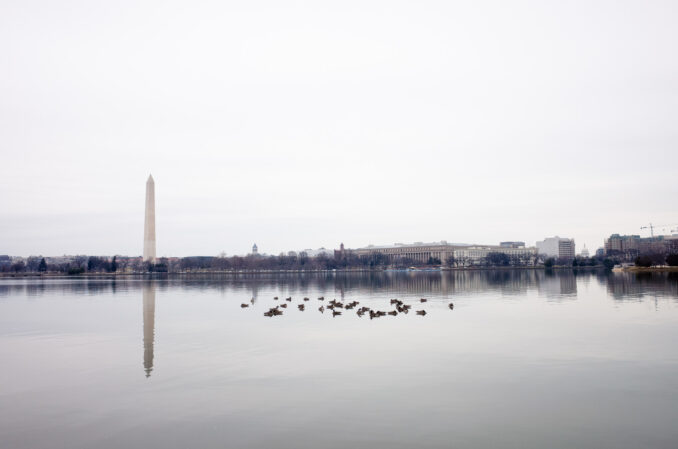 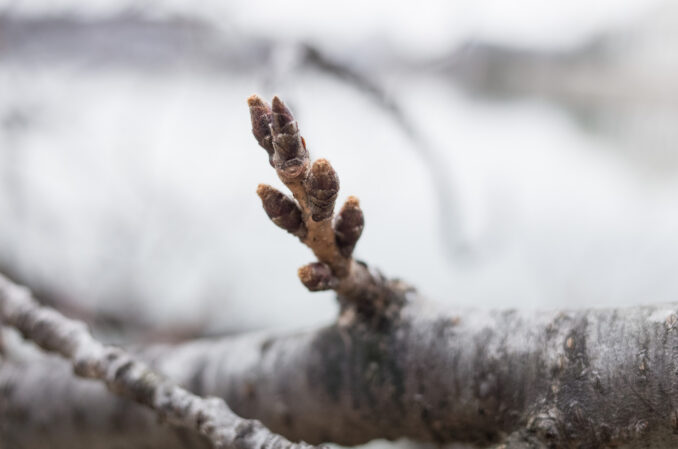 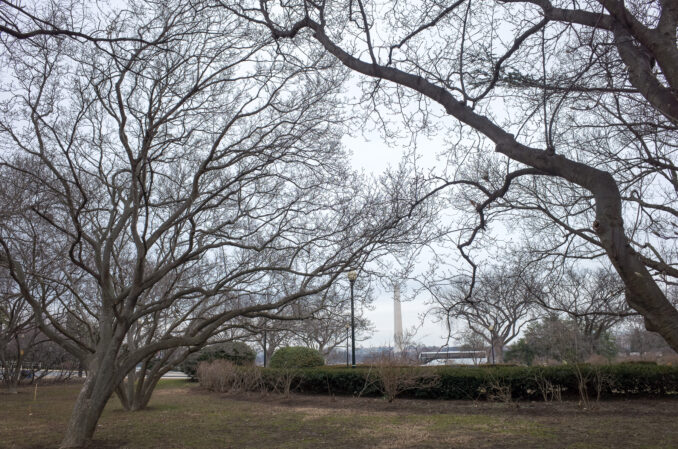 These are some large tulip magnolias nearby that bloom ahead of the cherry blossoms.

Looking for travel stock photos or prints? I might be able to help. You can search my collection here:
If you already have a buyer account with Alamy and would prefer to use that, you can search my images directly here.
685shares