There are some green buds starting to poke through, and the National Park Service will announce their initial peak bloom forecast on Tuesday. 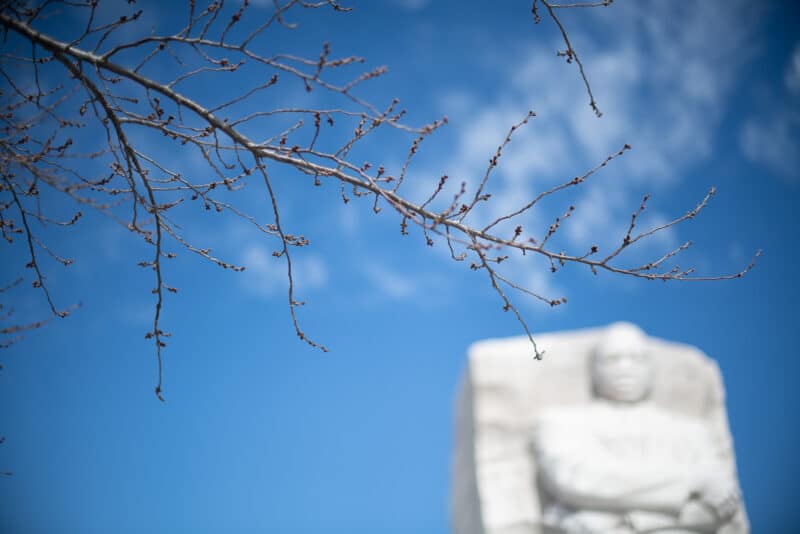 There's not much new to report, but things will start heating up soon. The National Park Service is scheduled to announce their initial peak bloom forecast on Tuesday. And there are some early glimmers of progress on the trees, as well as some early spring flowers starting to come out in the area.

The temperatures have been see-sawing lately, with a mix of colder-than-normal throwbacks to mid-winter and warmer-than-normal glimpses of spring. We're closing out the month a few degrees above average for February.

On some of the trees, the first glimpses of the green buds are breaking through. Elsewhere in the area, it's possible to find some of the early signs of spring, such as snowdrops, crocuses, apricot/plum blossoms (next to DC World War I Memorial), and even a few early daffodils (GW Parkway).

You can see how temperatures so far this winter are tracking in the tables and graphs below.

First, this table shows the monthly averages leading up to the peak bloom for the past decade or so. The most important columns are March and February–the temperatures in those months closest to the bloom have the heaviest influence on the timing of the blossoms opening. A very warm early March can bring the bloom forward considerably (or, conversely, a much colder early March can slow things to a crawl).

And here's how we're tracking on a day-by-day basis this winter. The red line represents the historical average temperature. The blue line represents the corresponding daily averages for this winter. In other words, above the red line is warmer than normal; below the red line is below average. The data used in this graph are taken from the National Weather Service's recordings from National Airport, which you can see just across the Potomac from the Tidal Basin.

How It Looks at the Tidal Basin This Morning

These were all taken this morning.