The Tidal Basin is, of course, a 360-degree area. So no matter the angle of the sun, you can find a way to position yourself however you want relative to the cherry trees and the sun. Whether you want backlighting, direct sun, or shade, with a bit of walking you can find what you’re after.

While that’s true of the cherry blossoms, it is not, of course, true for the monuments.

The MLK Memorial faces southeast, which means that it catches the morning sun but is in shadow late in the afternoon.

The FDR Memorial is low to the ground and surrounded by trees, so it doesn’t lend itself to early morning direct sunlight shots. 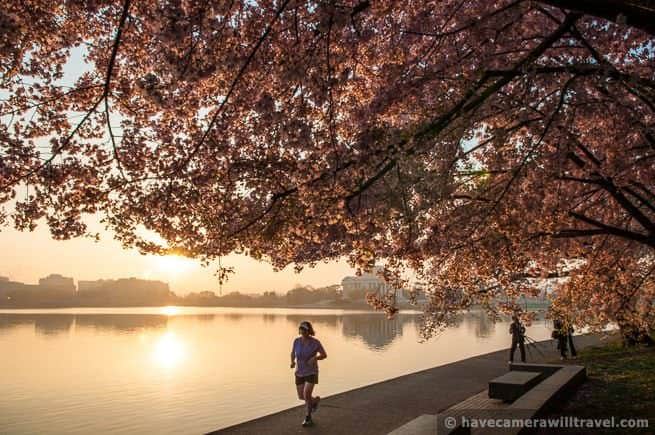 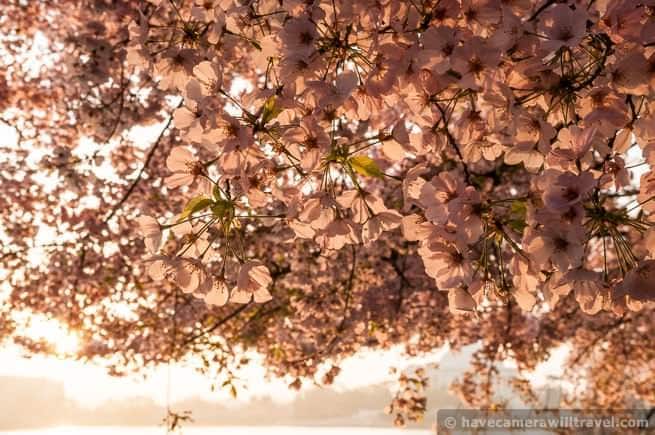 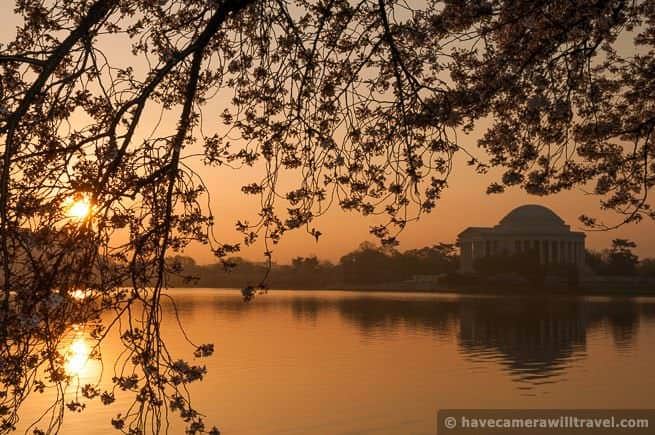 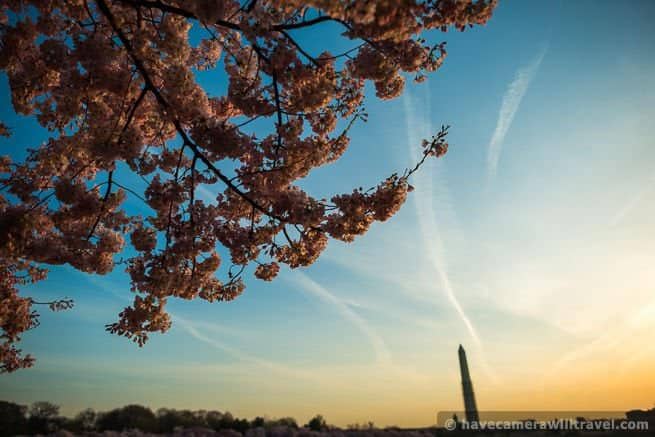 Most cameras have a problem metering if they’re pointed at the sun. There’s a reason, of course–if you want a “good” photo you’re not supposed to point at the sun. But sometimes that’s precisely what you want to do.

The thing to remember is that the meter is only a suggestion. It’s calibrated with a generic average of what a properly exposed photos is supposed to look like.

Underexposing like this has some benefits. It will often make the sun itself more defined rather than simply part of a large blob of white in the photo. It will also accentuate the natural colors. Of course, it’ll also underexpose other parts of the image, so you have to make a judgement call on the look you’re going after and whether you like the look of some parts being silhouetted.

All of the shots on this page with the sun in the actual frame were underexposed by at least 2 stops from what the meter recommended. The rich golden colors are a result of that deliberate underexposure in camera–they’re not added in post-processing. It accentuates the natural golden light of the very early morning (or very late afternoon) sun–they call it golden hour for a reason. 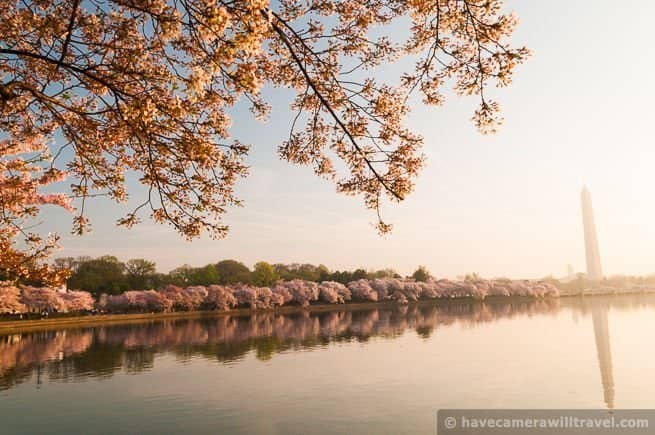 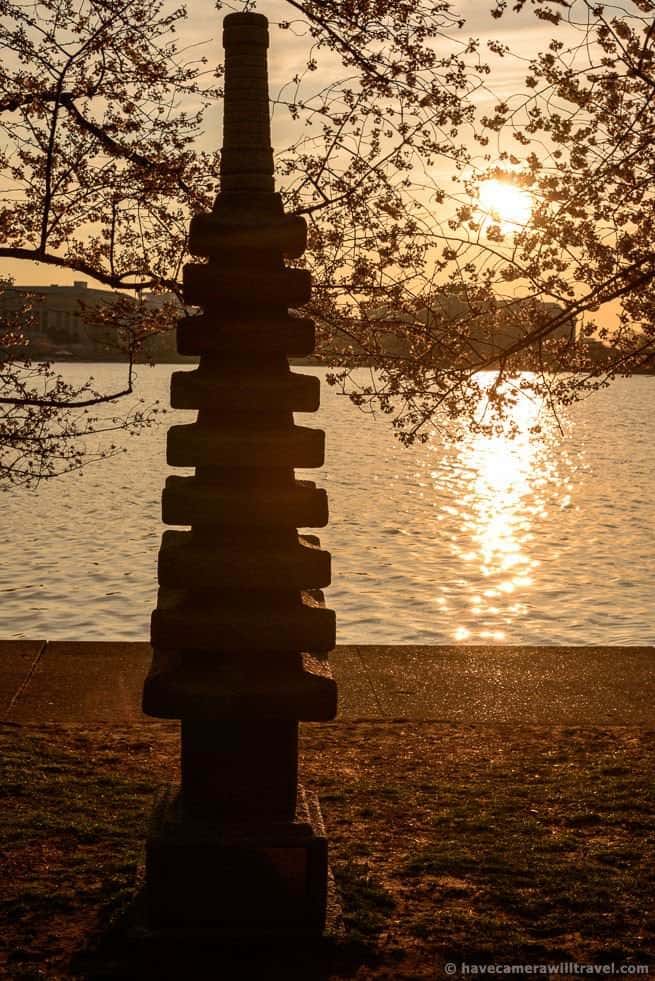 Sunrise and Sunset Times at the Tidal Basin

You can find the sunrise and sunset times at the Tidal Basin here.

When the sun is high in the sky, you can’t detect any movement with the naked eye. But when it’s very low to the horizon, it’s remarkable how quickly it is actually moving. Dawdle for too long, and you’ll lose the shot. You don’t want to be having to reposition too much, fiddling with your camera’s settings, or changing memory cards.

In the morning, the richest colors will be with the first rays. As the sun rises, the light becomes whiter and brighter. In the evening, it’s the reverse, of course. So if you want those beautiful golden rays on the flowers, be ready to go as close to when the sun is just above the horizon as possible.

There are some very handy smartphone apps that will tell you–and often show you–where the sun will be at any given time at any location. Some even have a heads-up display that uses your phone’s camera so you can see it exactly from the spot you’re standing at. I have a roundup of these apps for tracking the sun and moon here.