The NPS said this afternoon that peak bloom was reached today, March 25. 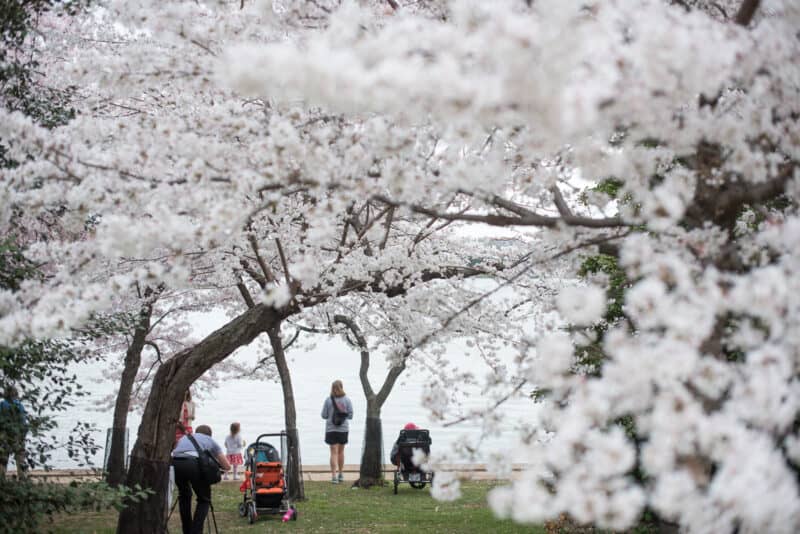 The NPS said this afternoon that we reached peak bloom today, March 25. Peak bloom marks when at least 70 percent of the trees are blooming. (I have a more detailed explanation of what peak bloom means here.)

Hats off to the Washington Post‘s Capital Weather Gang. They nailed it with their first and only prediction that it would fall between March 24 and 28.

You can find more background on the 2016 peak bloom forecasts here.

And I have a photo timeline that shows what to expect in the days following peak bloom.